Craig David hasn’t changed too much since we first met him as a sentimental 19-year-old back in 1999; his vocal riffs and runs are still silky, he’s still a champion of the UK urban music scene and, while he packs more muscle these days, his goatee is still as perfectly manicured as a Cheshire front lawn.

Yet, standing in front of a crowd of thousands at the Leed's First Direct Arena, much has changed for the Grammy award-nominee personally: he’s come full circle.

The celebratory tour marks an impressive comeback for the Southampton native. These are Craig David’s redeeming years.

After trading in Britain (and Bo Selecta-fuelled piss taking) for a playboy lifestyle in Miami, he returns a veteran in an era where another goateed sweet boy is dominating the pop-urban game with his sentimental storytelling. While still one of the UK’s most successful artists, some young millennials will only know him as the guy who covers Justin Bieber hits really, really well.

Though it’s unsettling to think, noughties R&B and Craig David are officially 'classic'. And yet, seventeen years after it was first released, an animated crowd can recite Seven Days - Craig’s recount of his week-long amorous activities – without faltering.

Craig David’s UK tour is certainly a nostalgic one; a chance to singalong to cheese-n-b like the hysterical teenager you once were (in my case anyway).

Dressed head-to-toe in Marbella white, with backing from a live band, he kicked off the show with Ain’t Giving Up from his recent number one album Following My Intuition. Crowd-pleasers such as What’s Your Flavour? and Fill Me In were met with rapturous screams, while his melodic ballads Walking Away and Shape of My Heart helped to remind old audiences of his nuanced vocal ability.

He interjected his classic material with new tunes made for sexy summer beach parties and lots of Moét: modern, upbeat and refreshingly British with help from MC Big Narstie, it’s easy to hear how Craig has enticed a new, younger audience.

Still, the show teetered between stylish throwback and cheesy-karaoke. Lyrics such as ‘in front of me, stood a beautiful honey with a beautiful body’ sound like a bad Tinder profile in 2017. But you always forgive Craig by the chorus.

Craig David shines in the show as a DJ, helping to answer the question of what he’s been doing all those years in Miami. Later in the performance, he emerges from behind decks under his DJ moniker TS5, which has seen him play the Ibizan party circuit. Reviving the crowd, Craig switches from crooning romancer to party man mixing the likes of TLC’s No Scrubs with classic UK garage to Jungle. Judging from the response from the bouncing crowd, his first hit Re-Rewind with Artful Dodger also has the making of a resurgence. By this point, Leeds Arena was delirious with hyper-nostalgia.

Cheesy Mr lover-lover lyrics aside, the rapturous reception was a deserving one. As you watch Craig perform a one-man-band routine between singing, dj'ing and MCing, you can’t help but be reminded that he was one of the UK’s original R&B frontmen... and he was clearly missed. 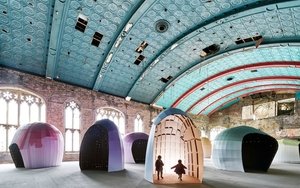 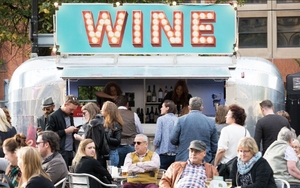 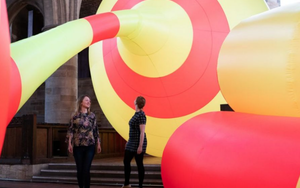 Top things to do in Manchester: September 2020
● / Travel 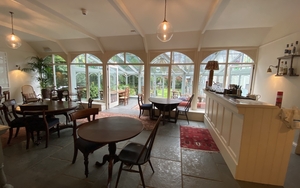