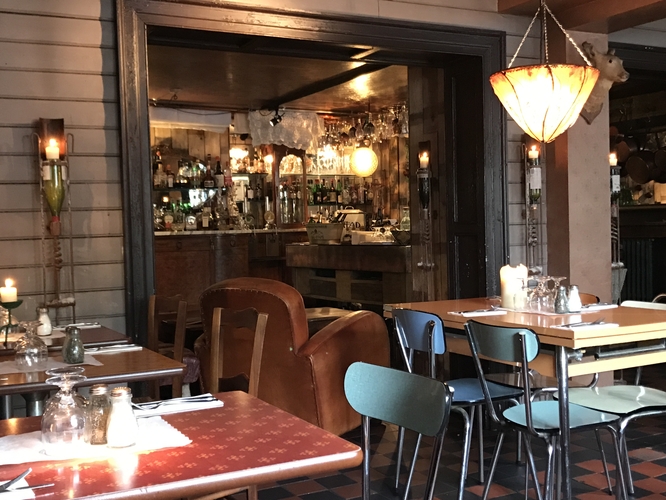 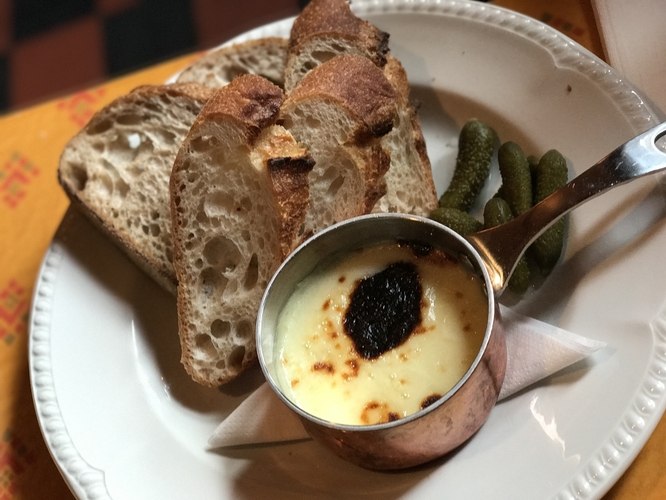 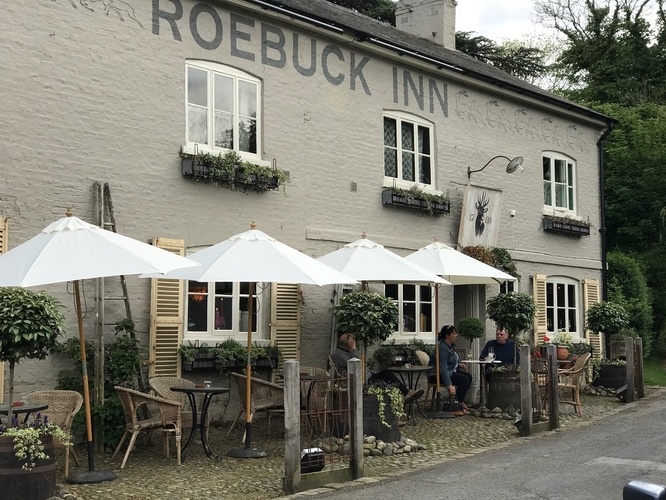 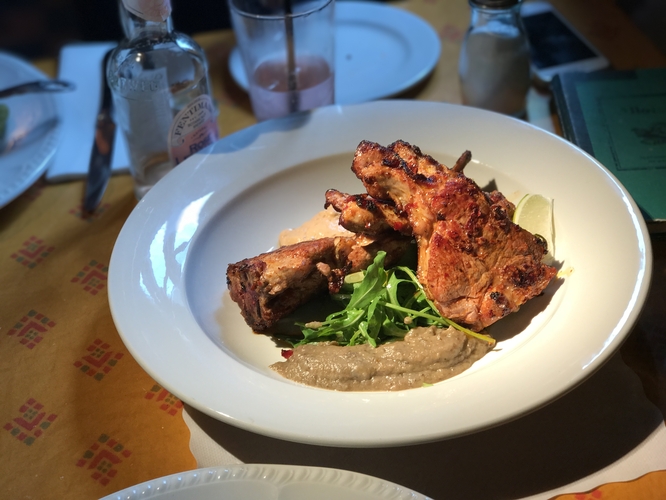 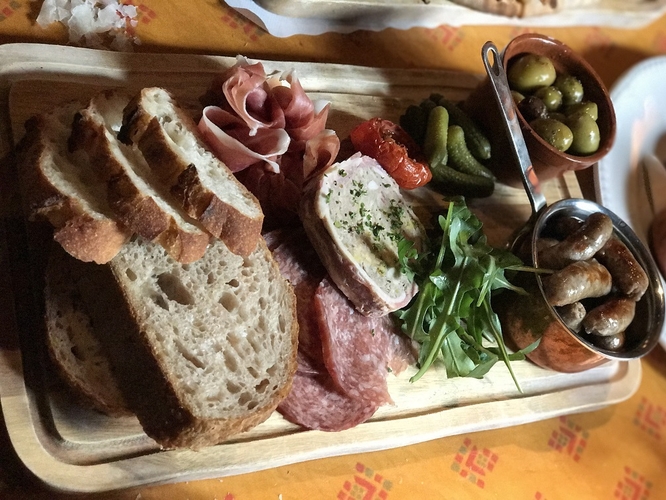 There has been an inn on the site since 1708, but The Roebuck has recently beaten off over 800 pubs to be named Alastair Sawday’s ‘Favourite Newcomer’ in his eponymous guide to the pubs and inns of England and Wales.

There’s been much change over the centuries; tankards have made way for tumblers and obvious allowances have been made for new fangled innovations such as electricity, running water and wifi.

This latest incarnation has just celebrated being open a year, after having been closed for three. Owners Cheshire Cat Pubs instigated a period of intense restoration work that saw the Grade II listed building restored into a ‘rustic country inn’ incorporating six eclectic bedrooms, a village bar, a bistro and a tiered beer garden with terraces.

The seven-strong country pub group run by Mary Mclaughlin and Tim Bird has been playing Mobberley Monopoly; doing similar work to The Bulls Head opposite (reviewed here) and The Church Inn around the corner (reviewed here). But one size does not fit all; each, though obviously related, has their own distinct character and feel.

Where I described The Church Inn as ‘like a posh eccentric's cosy home’, The Roebuck is more like their inviting garden outhouse (as in glorified shed, rather than outside bog), with horizontal slat wall panels and rustic wooden shutters, black and terracotta tiled floors, as well as a mixture of patterned formica and wooden tables and mismatching chairs.

It’s informal, charming and comfortable without being contrived. Wine bottle candles with layers of dripped red wax inspire nostalgia, but you won’t find any mushrooms served on garden trowels, bread in plant pots or ketchup in miniature wheelbarrows here.

The creative drinks menu had been sewn into a genuine National Trust hardback on Allotments, but I couldn’t see past the first thing on the list, Lychee Martini (£6.50); strong, slightly sweet and elegant like a lady wrestler clutching you to her bosom, gently asphyxiating you into the weekend.

Roebuck describe their menu as classic bistro food, thanks to the inclusion of things like tartiflette and steak-frites. It’s not too try-hard and even had occasional welcome touches of culinary uplift. It has been designed for picking, grazing, sharing and lining the stomach in preparation for soaking up the rest of the drinks menu.

First, homemade rustic pizza (£10.50), stone baked using daily-made dough. From a list of half a dozen imaginative toppings (including pork and sage meatballs, fennel seed salami and slow roasted duck) we went for straight-down-the-line heritage tomato, basil and mozzarella. It was a generously proportioned oval, served on a wooden board we hoovered it up like a house-proud Italian mama doing a spring clean.

A succession of dishes filled every corner of our table causing us to reach, grab, dip and swipe in the manner of the current sharing fashion. The strangest thing in the ‘small plates’ section was a smoked salmon, cream cheese, candied fennel and herb ‘eclair’ (£6.25); a teetering choux pastry sandwich that was impossible to pick up, but nevertheless as delicious as you’d expect from this well tested combo.

They’d put quotation marks on cheese ‘fondue’ with cornichons and crusty bread (£5.95) to insure them against accusations of in-authenticity. This was basically a good cheese sauce served in a copper pan, rather than a stove-lit bath full of stringy, rich, melted Swiss cheese. But it was still cheese sauce and I am only a weak-willed human.

The Roebuck Bistro Board (£14.95) could have done quite happily on its own, if drinking rather than eating had been our agenda; sliced fennel salami, miniature Toulouse sausages, a rustic terrine de Champagne (never ask what they put in this, it’s often best not to know) and some excellent home-cured air-dried ham, along with sundried tomatoes, more cornichons, mixed olives and crusty bread.

Bypassing ‘middle plates’ (because too much choice can be a bad thing) we chose a single dish from ‘main plates’; rosemary spring lamb cutlets (three for £11.25, five for £16.95) with smoked aubergine puree and rose harissa yoghurt. These were so good that they have become the chops by which all other chops shall now be judged; each one held an abundance of sweet, tender meat supported by a reasonable thickness of surrounding fat.

Service was attentive when we arrived early evening, us being one of few punters in there. It got slower as the place got busier, with us slipping down the priority list. Though it was a balmy Friday night in leafy Cheshire, so by the time we’d reached page two of the drinks list, it ceased to matter.

The whole evening for three satisfied people, plus soft drinks, a glass of Portuguese red wine and my beloved Martini, came to only £72. I love The Roebuck so much that at that price, I might ask about the room rate and move straight in. 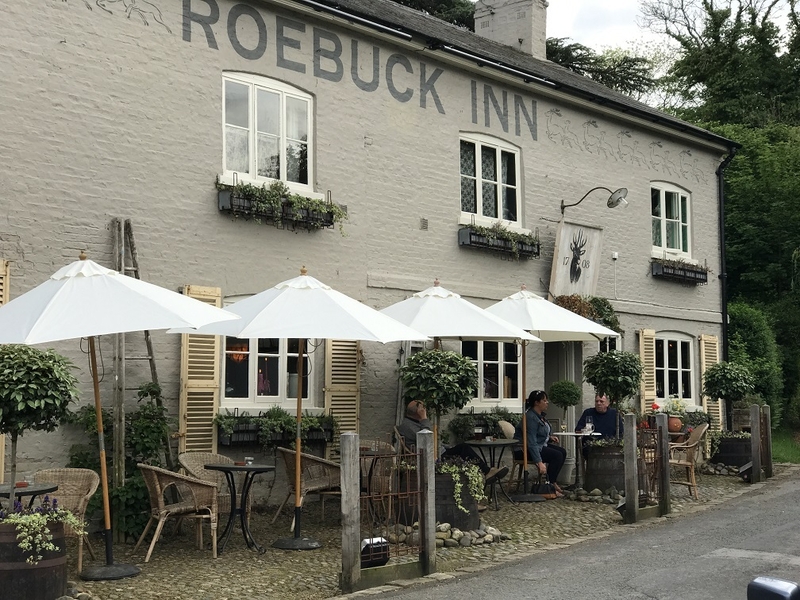 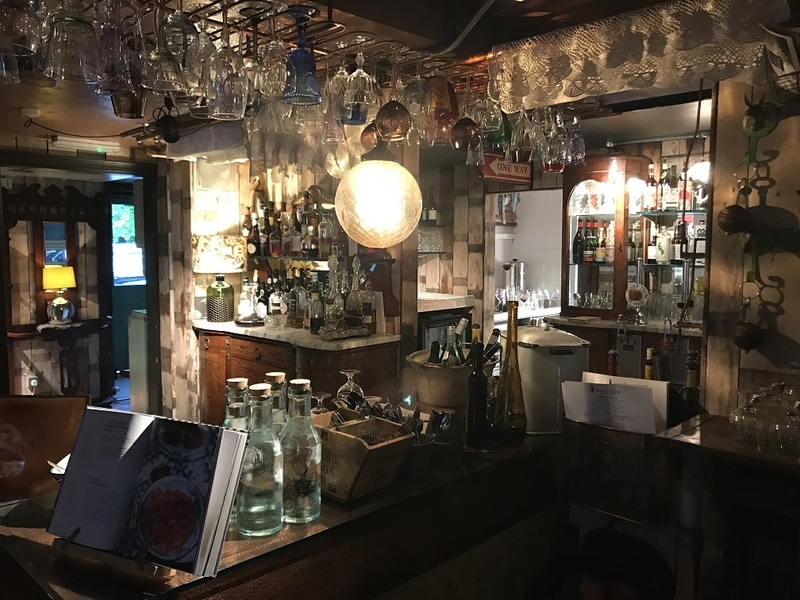 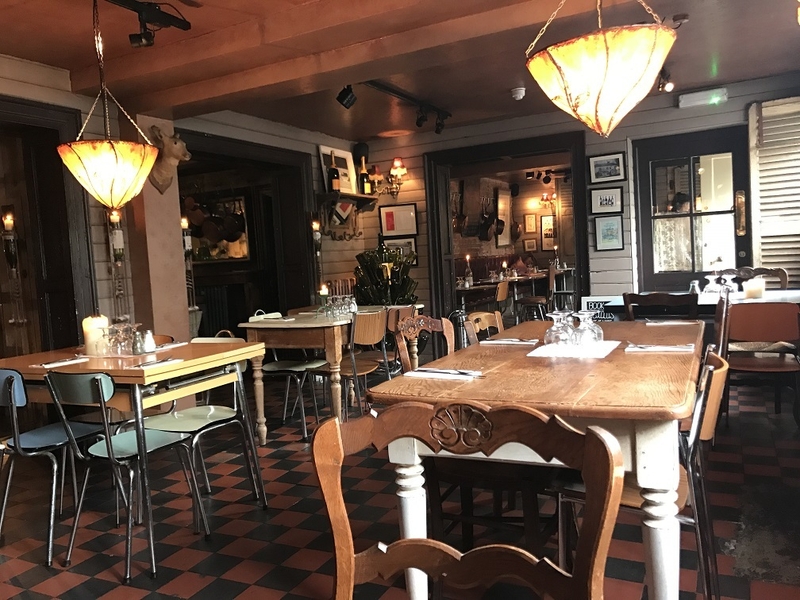 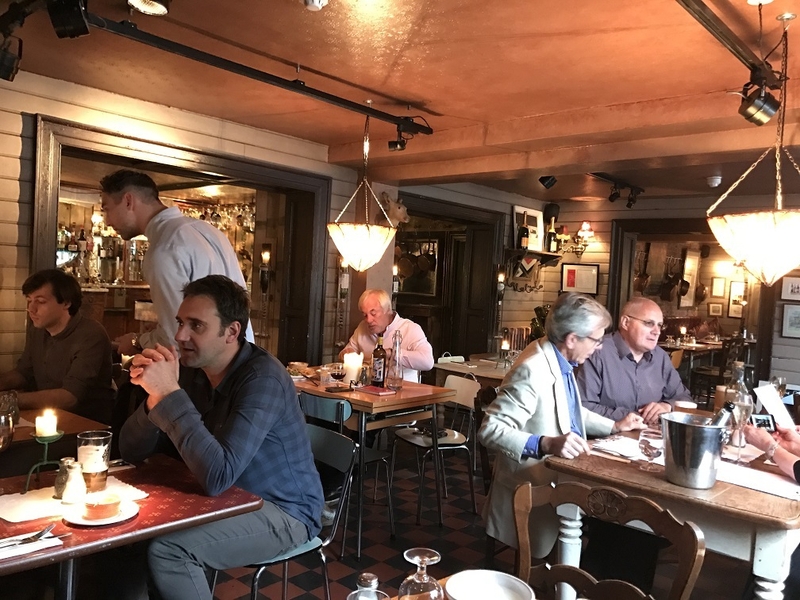 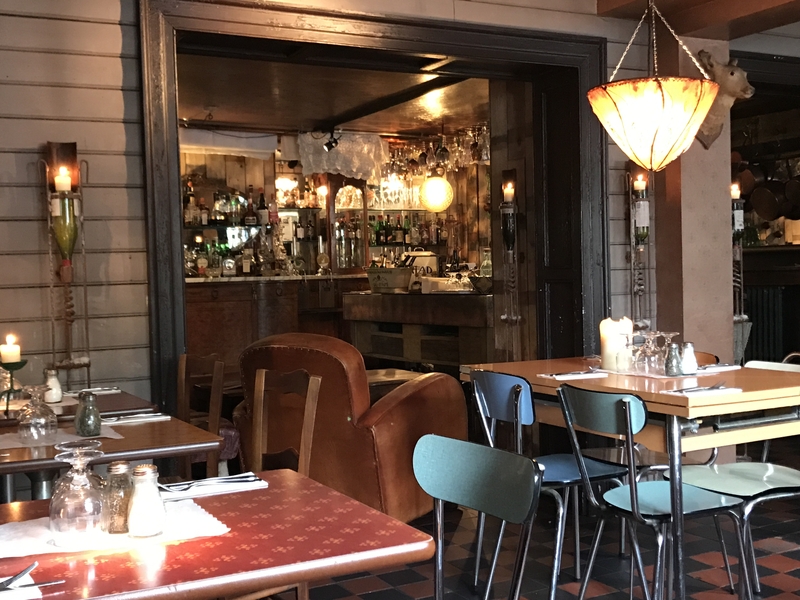