It’s a jungle out there…

A new urban oasis is chalked up as part of Bruntwood Works’ £50 million Pioneer refurbishment programme, with external living walls made of hundreds of individual plants plus a cascading interior garden at its centre.

Located on Marble Street, between Spring Gardens and Fountain Street near the Market Street shopping district, the 16-storey Lowry House’s green spaces will respond to Pioneer’s ‘biophilia’ theme, one on six across the programme’s buildings: technology, sustainability, wellbeing, amenity, art and biophilia. The soothing effects of nature-inspired biophilia are designed to breathe a calming essence into the heart of the space. 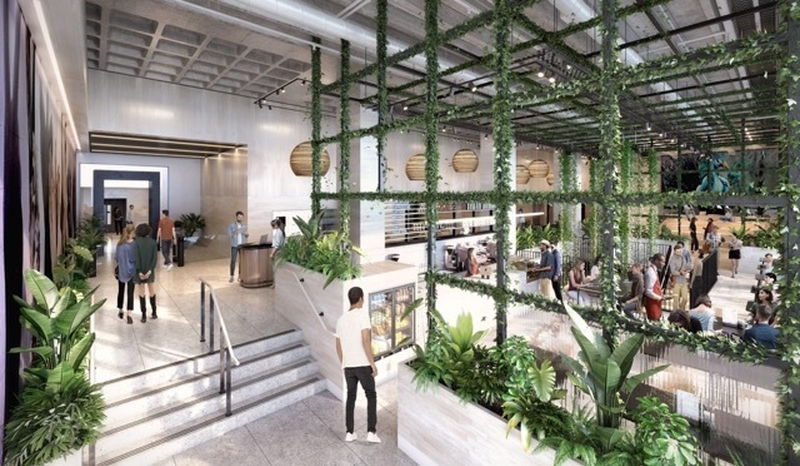 Plans have been submitted and the refurbishment is due to begin in early 2020, subject to planning approval. The number of flexible workspace desks will be increased by more than a third, with an additional five meeting rooms taking the total to 12. Changes to the ground floor will include a new independent cafe, hot desking and co-working areas, lounge space, and private work and phone booths.

A new pop-up event space will be created for up to 50 people, and further striking features at Lowry House will include a cinema room, a fitness studio complemented by existing shower and changing facilities, a quiet study area and sleep pods in the basement. Ciara Keeling, CEO of Bruntwood Works, said: “Lowry House is being transformed to offer the ultimate customer experience. We want to provide a truly uplifting workspace environment, one that enhances mental and physical wellbeing by bringing the outside in, and offering a host of amenities to support a healthy work/life balance and boost creativity.”

A £3 million facelift of Hilton House in the Northern Quarter is all set to complete next month, offering contemporary office space, gym, concierge and 24/7 access, and even an onsite art gallery.

The 1960s-built building on Hilton Street has long been a key part of the city’s arts and drama scene, having been home to Manchester Polytechnic’s drama department, with alumni including actors Steve Coogan, John Thompson and Julie Walters. Here’s a fun fact: it was also used as the film set for the TV series Life On Mars, starring John Simm.

Howard Lord, managing director of CERT Property, who completed the restoration, said: “The restoration of Hilton House has always been a longstanding aspiration of mine, since I started working in property 13 years ago. The Northern Quarter is known nationally and internationally as an aspirational destination due to the rise of independent businesses and entrepreneurs – it has seen rapid growth over the past 10 years, yet it still manages to maintain its rich heritage and culture.

“Hilton House of the future allows businesses of all walks an opportunity to become part of the story of this local community. CERT has now crafted a space to exist and create your own chapter within the ongoing narrative of the Northern Quarter.” 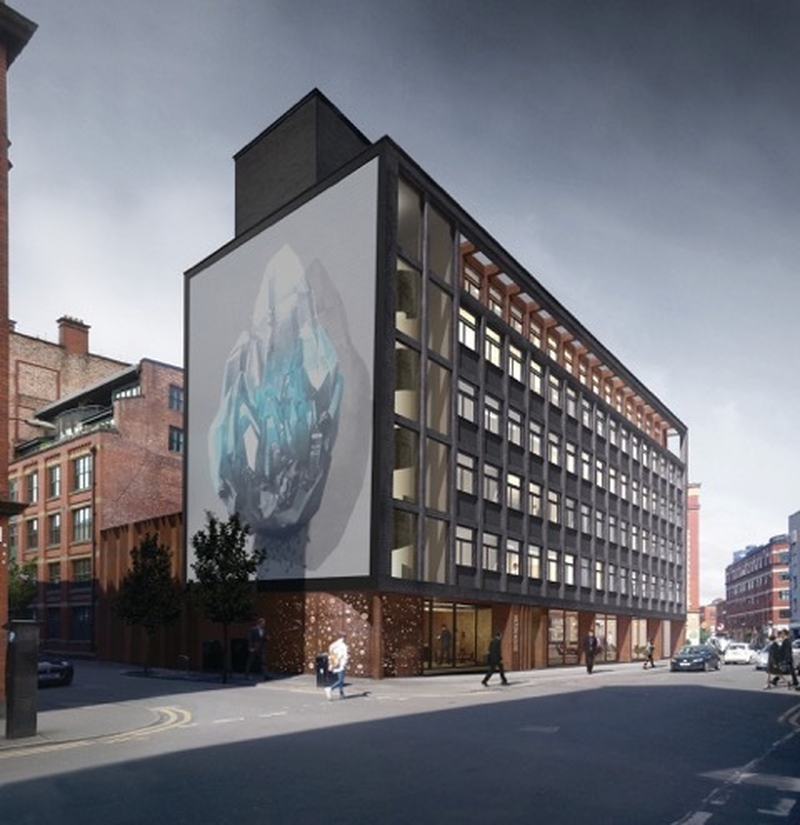 Cheshire-based Sykes Holiday Cottages has been bought by private equity company Vitruvian Partners for a reported £375 million, representing a good return for City investment firm Livingbridge, which bought Sykes in 2015 for £54 million.

Livingbridge partner Adam Holloway said: “Sykes Holiday Cottages is a fantastic business, and we are delighted to have supported its development and growth.”

Vitruvian – who have previously backed the likes of Just Eat and Skyscanner – beat off competition to snap up the holiday cottage rental company, which manages more than 17,500 properties in the UK and Ireland. Ben Johnson, partner at Vitruvian Partners, said: “In Sykes, we have found a team with a mission to become a global category leader and we hope to support that with our experience and capital.”

Sykes has promised to use the new investment on improving technology and growing its workforce to more than 1,000 people, and says it has plans to send 3.5 million people on holiday each year by 2023. Sykes chief executive Graham Donoghue said: “We’re excited about this next phase in the Sykes story. We are now in a strong position to scale further in what is a booming staycation market.” 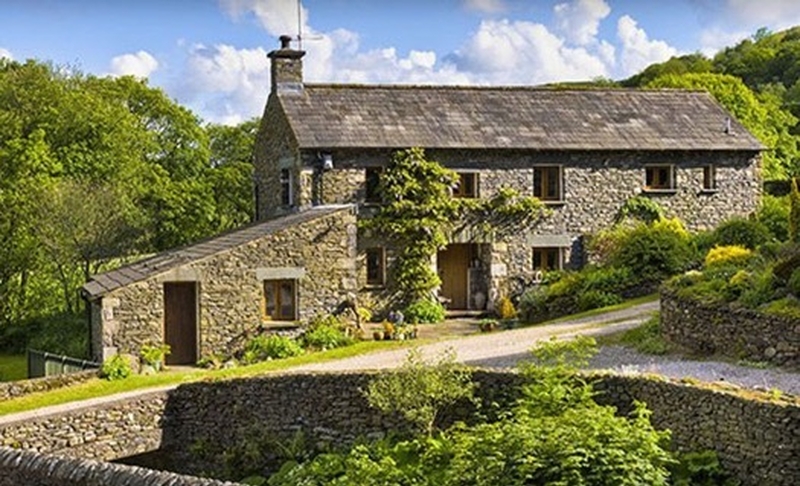 The recently revamped red-bricked Ducie Street Warehouse has been sold to Deka Immobilien for a cool £80 million.

Ares Investment Management snapped up the 120,000 square feet block in partnership with developer Capital & Centric in 2016, when they bought the former Place Aparthotel from Goldman Sachs and Greystar for £25 million. Prior to that, the historic warehouse formed part of a £290 million portfolio owned by Opal Group, the now collapsed student accommodation provider.

A £25 million refurbishment was recently completed, delivered by Ares’ operator arm Native and contractor Styles & Wood, and the Grade II-listed property is now home to both the city’s newest Aparthotel Native – made up of 158 studios, one-bed and two-bed Aparthotel suites, and eight penthouses over seven floors of contemporary accommodation – along with food and drinks and arts destination Cultureplex.

The overhaul included a sympathetic restoration to most of the iconic building’s original features including exposed brickwork, vaulted ceilings and wrought-iron girders and columns. Each of the furnished rooms has solid oak parquet floors, smart TVs, super kingsize beds and fully equipped kitchens. A new glass atrium roof was installed over the lobby area and the ground floor is home to an all-day lounge, coffee shop, restaurant, private meeting and dining rooms, mini-cinema and outdoor terraces, operated by Bistrotheque through its Cultureplex arm. 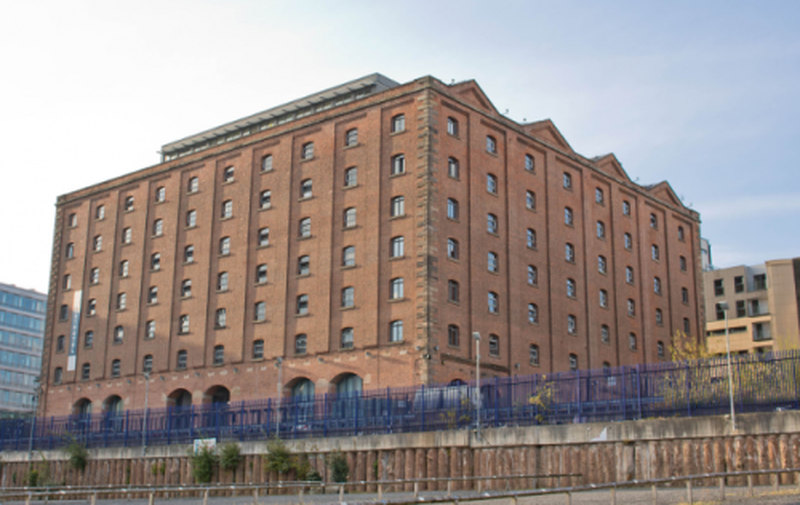