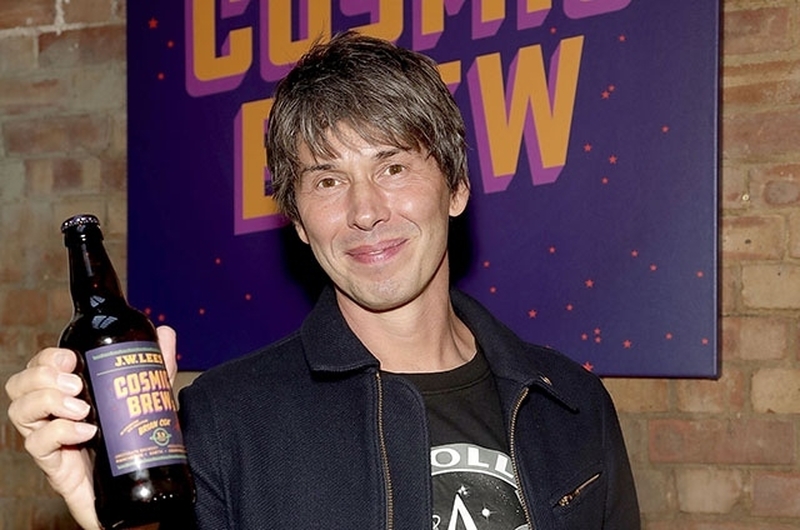 If you missed seeing Professor Brian Cox’s live UK and Ireland arena tour, Universal: Adventures in Space and Time, at Manchester Arena this weekend, then we’ve discovered the perfect way to drown your sorrows.

The Oldham-born physicist and broadcaster recently embarked on a new mission; one that combines his passions for science, craft beer and his home town.

Cox, who is usually notoriously reluctant to endorse products, has been collaborating with local sixth-generation family-owned brewery JW Lees, to launch Cosmic Brew; a zesty amber ale made with a unique blend of British hops: Admiral, Jester and Cascade.

“I’ve never done anything like this before, but when Michael asked me to collaborate on a beer, I couldn’t resist.

Between broadcasting and lecturing commitments, Brian experimented with several different brews, with the help of head brewer Michael Lees-Jones.

“Growing up in Oldham, walking distance from the brewery, JW Lees is a name I’ve always known – and their beers are legendary.” Professor Brian Cox said. “So, to work with them, to experiment with different beers, to uncover the secrets and science of brewing and launch Cosmic Brew has been a great experience. And it’s great to be back at the Horton Arms, where I first enjoyed a beer in my teenage years.

“I’ve never done anything like this before, but when Michael asked me to collaborate on a beer, I couldn’t resist. It feels right.”

Cox was involved in every aspect of Cosmic Brew, including the branding and design. “The pattern of the stars on the label is the view of the night sky looking North over the brewery on the day I was born; March 3rd, 1968,” he revealed. “It’s what I would have seen had I looked out of the window.”

Michael Lees-Jones, JW Lees’ Head Brewer, admitted there wasn’t much of the actual brewing process that needed explaining to Brian. “Talk quickly turned to the beers we like and to styles of beer that we would like to brew,” he said. “We tried many different variables before making our final choice. Cosmic Brew isn’t a nostalgic beer but a sessionable amber ale propelled with British hops for plenty of character and a finish long enough for an intergalactic journey.’

Cosmic Brew is now available to buy in several JW Lees managed pubs across the region, as well as here.