From new publishers to bookshops and festivals, it’s a major year for literary Manchester

Last night, in a packed awards ceremony at The Portico Library, Jessica Andrews won its biennial prize for her debut novel Saltwater.

Founded in 1985, The Portico Prize awards £10,000 to the book that best evokes the spirit of the North of England and is the only one of its kind in the UK. Following a hiatus in 2017 due to funding issues, it returned this year in partnership with Manchester Metropolitan University (MMU) - judged by a panel including famed book blogger Simon Savidge, actor Holliday Grainger, author Zahid Hussain and stand-up poet Kate Fox.

A story of self-discovery by a girl from Sunderland, who struggles to navigate university life in London, Saltwater explores issues like complexities of mother-daughter relationships and the challenges of shifting class identity. Judge chair Simon Savidge said: “Saltwater shows the ‘spirit of the North’ is diverse and multifaceted…a place within us. It’s something we take with us when we set out to find our space in the world and when we spread northern stoicism, joy, grit, humour and hope wherever we go. Saltwater celebrates all this in a powerful, provocative and poignant tale.”

Andrews follows in some sizeable literary footsteps, with previous winners spanning Anthony Burgess to Val McDermid and Benjamin Myers; the latter also made this year’s shortlist which, alongside the 17-strong longlist, included both local indies and major UK publishers.

The announcement follows a myriad of exciting literary news for Manchester. The Portico Prize partner MMU recently revealed the shortlist of its own major prize, the Manchester Writing Competition, and has recently launched a new flash award in honour of late writer and critic Dave Murray. The university has also teamed up with local short story publisher Comma Press to launch the city's first Masters degree in publishing, and is set to welcome a specialist poetry library later this year as part of its new £46m Arts and Humanities building.

Other 2020 openings include Stanfords map and travel bookshop, and Harper North - a new northern office from publishing giant HarperCollins. Considering the London centricity of UK publishing, this is particularly significant and follows several recent attempts to diversify the industry and highlight northern literary talent with initiatives like the Northern Fiction Alliance. Hopefully, with Hachette and Penguin Random House also considering divisions here, Harper North will set a precedent.

This year also sees Words Weekend literature festival make its debut at The Lowry, local poetry press Carcanet continue its 50th anniversary celebrations, plans progress on the £20m transformation of Crumpsall's library and leisure centre and City of Literature events get underway. Manchester bid successfully to join the UNESCO Creative Cities network in 2017: with preparations, board and committee now established, 2020 will see the programming of several events including a pilot libraries festival and the return of International Mother Language Day, with further updates to be announced.

Of course, as we summed ahead of its UNESCO bid in 2017, Manchester has long boasted a vibrant literature scene. Dynamic publishers, iconic bookshops, literary landmarks, festivals galore and one of the UK’s most lively spoken word scenes all inspired the winning bid. With the Portico Prize reinstalled and heralding a year of major milestones, the future’s looking very bright indeed… 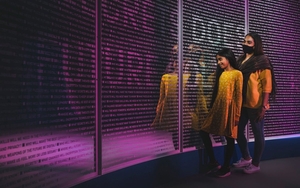 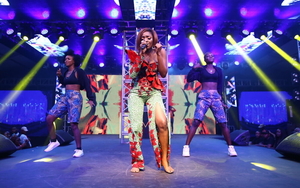 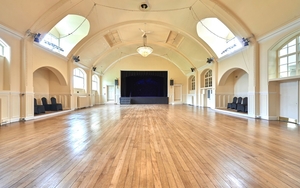