The Portico - Manchester's time capsule library hidden above a pub 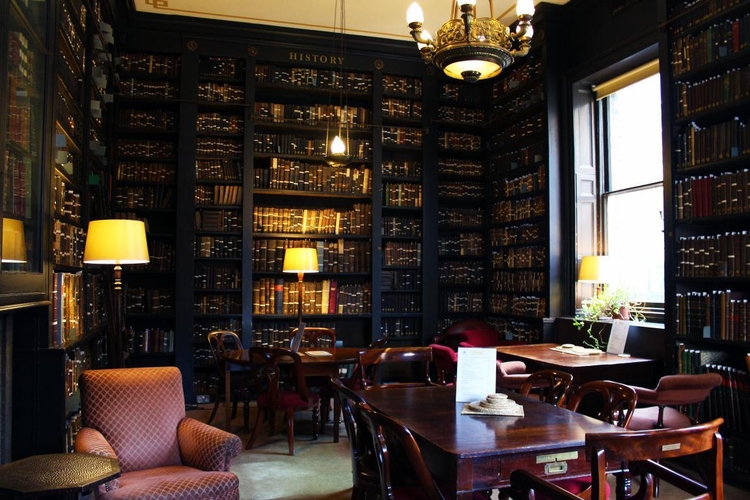 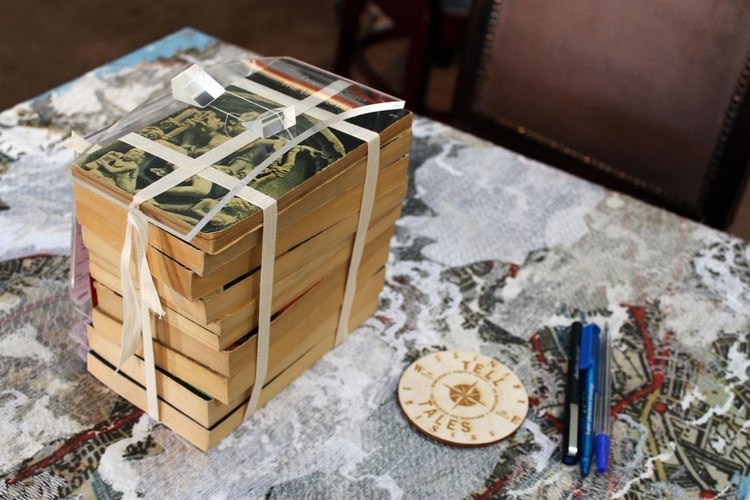 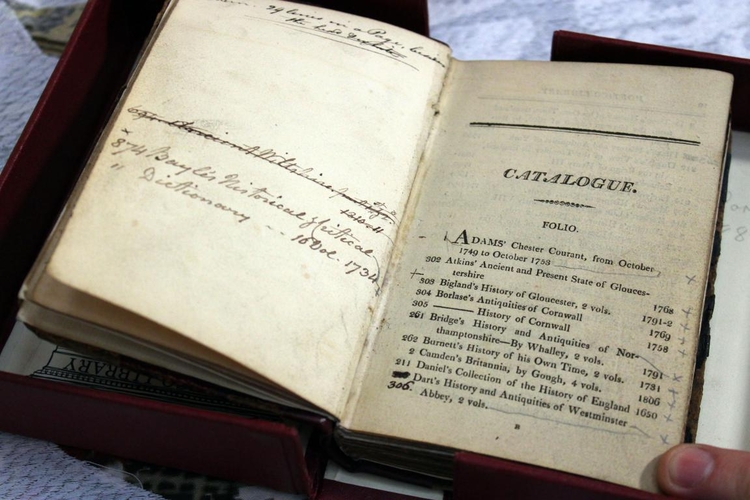 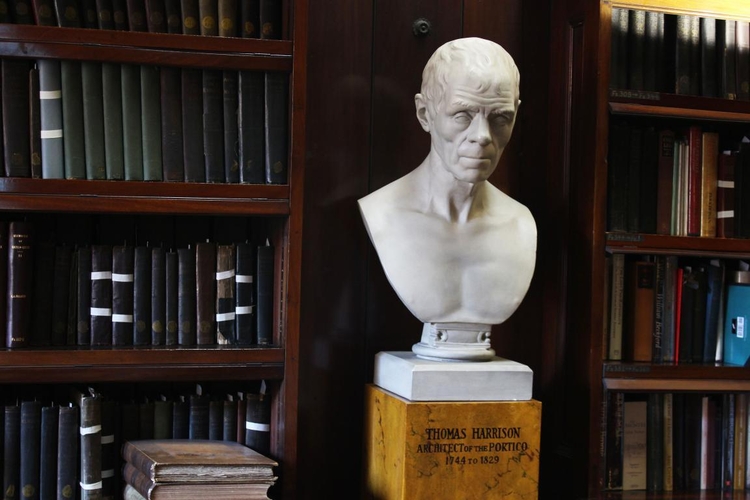 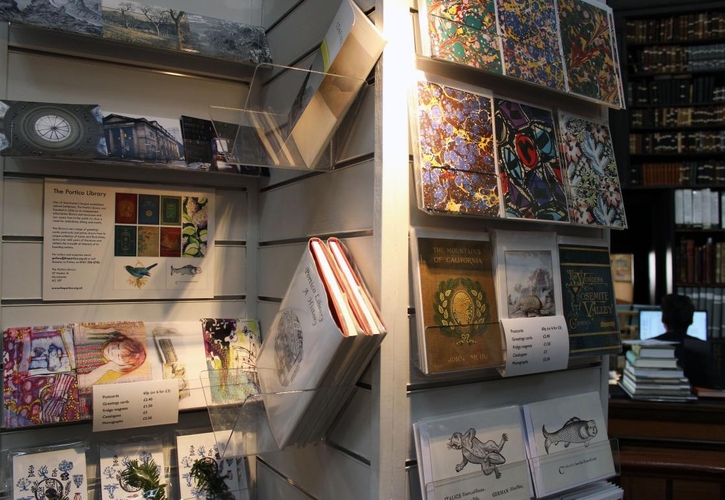 Never mind a wardrobe of furs, The Portico Library & Gallery is Manchester’s very own Narnia

Wander round the corner of The Bank pub, from Mosley Street onto Charlotte Street, press the buzzer, ascend a spiralling staircase and you’ll find yourself in a library. Not quite what you’d expect on the second floor of a Nicholson’s watering hole.

This is The Portico, whose very name derives from portal: a gateway to knowledge, literature, poetry and drama. It also refers to the Grade II listed building’s classical revival style, which was inspired by The Athenaeum in Liverpool. Following a visit to this new library and newsroom, surgeon Michael Ward and his friend Robert Robinson lamented the fact that Manchester didn’t have something similar and The Portico was conceived in 1799.

During the late eighteenth and early nineteenth centuries, information - more so than ever before - was power. The Age of Enlightenment had taken hold in Europe while Manchester’s industrial revolution was firmly set in motion. Despite this, printed goods were very heavily taxed, making access to knowledge financially prohibitive.

While the 400 initial members included various radicals, The Portico wasn’t so progressive as to have any women members until the 1870s

The Portico founders, many of them at the forefront of the industrial revolution themselves, hence saw an opportunity to pool their resources and create the ultimate community resource: a collection of books that could be accessed by members, in a suitably studious environment.

It was completed in 1806 at a cost of £6,881-5s-3d in the Grecian style to the designs of Thomas Harrison - architect of the Lyceum in Liverpool.

While the 400 initial members included various radicals, The Portico wasn’t so progressive as to have any women members until the 1870s. Some, like Elizabeth Gaskell, managed to sneak in with their husbands but a letter to her friend Charlotte Brontë told of having to wait until the men had finished to read the newspapers. The cheek of it…

Other prominent members included Robert Peel, twice Prime Minister and Met Police founder, and the Pankhursts. The first secretary was Peter Mark Roget - it was at The Portico he started compiling his namesake thesaurus - and the library’s first book of minutes can still be seen, inscribed in his elaborate calligraphic hand.

Things you didn't know about The Portico:

- The library boasts a clock and a wind dial by famous clock maker, John Thwaites of London - later maintainers of Big Ben's clock.

Comprising around 25000 works, mostly from the era it was founded, The Portico has been likened to a time capsule - making it a magnet for researchers exploring attitudes of the time. Many of the works, Gallery & Exhibitions Organiser James Moss tells me, challenge what we perceive as the typical Georgian mindset.

“You can find a lot of debate on both sides, particularly with subjects like anti-slavery. There’s such a rich collection here that the majority of our exhibitions now work with it in some way.”

Whilst the library needs paying members to survive - “we really are on a shoestring budget” - engagement with the general public is also a priority. Alongside opening for lunch weekdays (12-2pm) and hosting a lively events calendar, exhibitions are a key part of this; often a product of artist residencies and inspired by their findings.

The current exhibition, Made in Translation, is one such example. MMU staff artists and researchers worked together to create new writing, objects, performance and photography based on some of The Portico’s iconic texts. Jonathan Hitchen of the Manchester Modernist Society then created a stylish catalogue for the diverse showcase, spanning Captain Cook’s voyages to the Shaker movement. A hot air balloon by acclaimed textile artist Alice Kettle floats beneath the library’s glass-domed ceiling while a cheeky ‘im’ prefixes one bookshelf’s assurance of ‘polite literature.’ 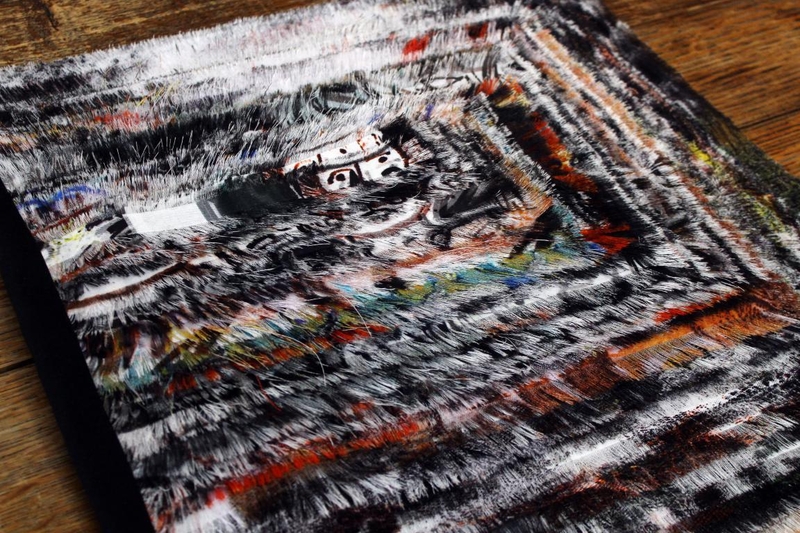 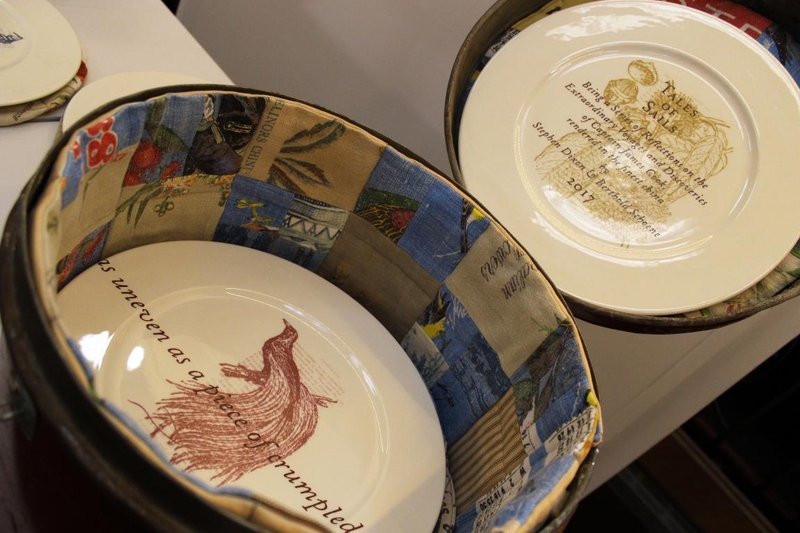 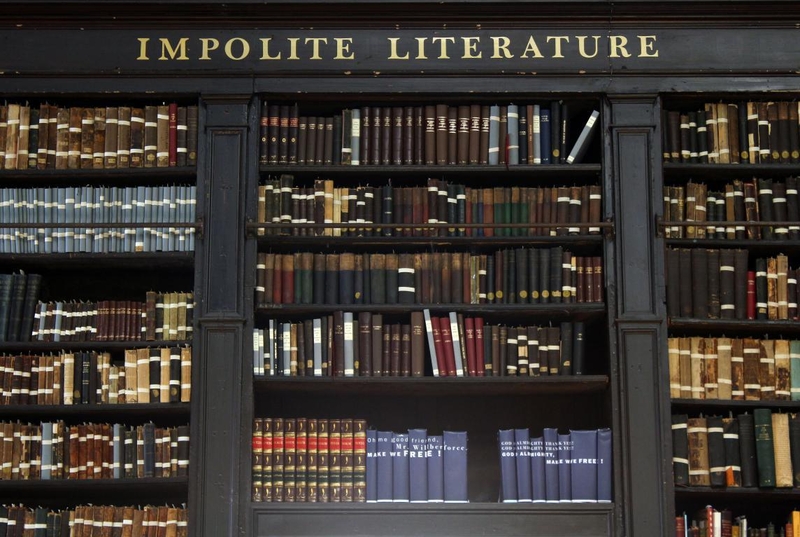 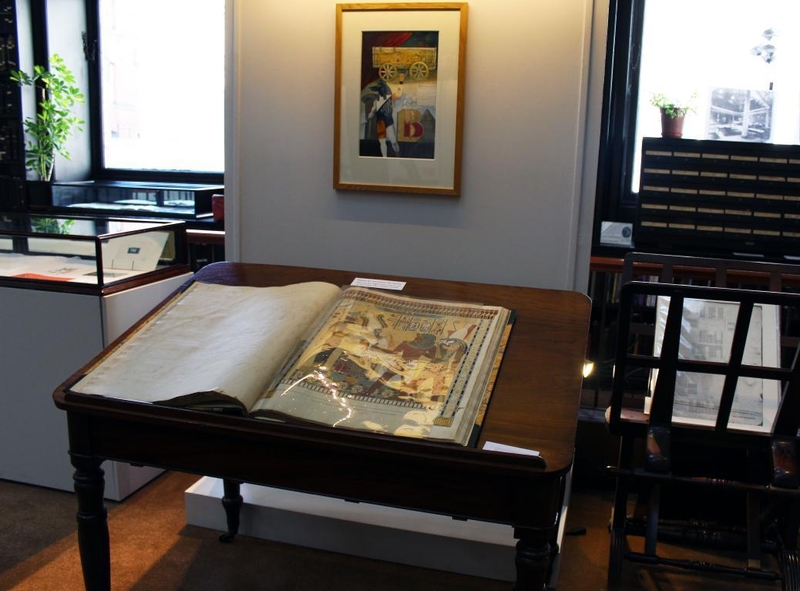 Outreach work is another facet, most recently involving a creative writing workshop for asylum seekers and refugees. The Portico also offers school group sessions, guided tours and venue hire; while collaborations with other entities - this year including the People's History Museum and Manchester's Literature, Science and Jazz festivals - make it firmly part of the city conversation. The library also runs a series of renowned writing awards, including the The Portico Prize for Literature: the only prize exclusively for books set wholly or mainly in the north of England.

All of which makes this unusual literary treasure so important, particularly with ever more public libraries closing down. Whilst an aim of achieving charity status will help to an extent, The Portico’s non-for-profit nature means funding is a constant concern - hence letting its ground floor to The Bank pub (so called because the Bank of Athens leased the property in 1921).

Membership is the other primary income but there are many smaller ways to support the library, from donating to volunteering or even adopting a book. The shop, meanwhile, sells beautiful cards and a quirky range of themed monographs written by members.

Few places can call themselves a time capsule, or be compared to the unlikely portal in C.S. Lewis’ classic fantasy, but this little enclave of Georgian Manchester succeeds on both accounts. And that’s one of many reasons it’s so special. 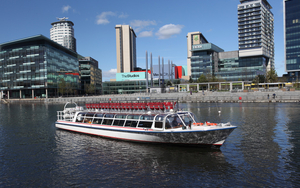 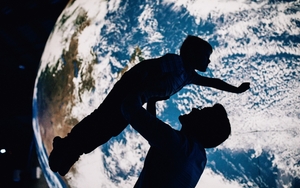 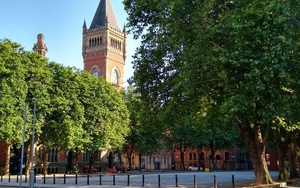