Pankhurst Museum calls for funding after break in causes damage

The Pankhurst Centre has launched an urgent appeal to the public to help fund repairs following a break-in on the 30th September.

The historic parlour where Emmeline Pankhurst founded the suffragette movement was damaged, including sash windows, soft furnishings and suffragette costumes on display. The centre also now needs an upgrade to the alarm system, CCTV and lighting improvements. The incident follows previous break in attempts over recent weeks.

The Grade II* listed building on Nelson Street was once the home to Emmeline Pankhurst and her daughters Sylvia, Adela and Christabel. The parlour is the place where Emmeline brought together a group of women to form the Women’s Social and Political Union, who would become known as the suffragettes, and is a monument to Manchester’s social history. In the early 19th century, suffragette operations were organised covertly over tea at a time when it was difficult for women to gather together outside of the home.

Now, the house on Nelson Street is not only home to the Pankhurst Centre, the only museum in the country dedicated to the story of women’s suffrage, it is also home to Manchester Women’s Aid, a local charity which has worked for over 40 years to provide safety to victims of domestic abuse. The centre is not only a historical monument but also active in the struggle against violence targeted at women and girls.

In 2018 the Pankhurst Centre was at the heart of the national celebrations marking the centenary of the first women achieving the vote, including a broadcast on Radio 4's Woman's Hour live from the parlour itself.

Gail Heath, CEO of the Pankhurst Trust, said: “We are heartbroken that the Pankhurst Centre, which symbolises so much in the campaign for women’s equality should suffer this set back. It’s also a tragedy, and extremely sad, that it was someone seeking shelter for the night that led to this incident.

“We are already a museum fighting for our future, our current survival depends upon the support of volunteers and donations, with no public funding in place. This major setback comes as we near the eve of the anniversary of the founding of the suffragette movement, which we plan to mark with events, family fun, tea parties in the parlour, talks and much more beginning from 8th October. We will continue with the planned programme of activities, galvanised by the persistence of spirit of the suffragettes, as this is the only way we know how.”

Last year, a cross-party group of 69 MPs led by Lucy Powell wrote to the prime minister asking for funding for the Pankhurst Centre in Manchester.

The letter said: "Given its national importance and despite the amazing efforts of the volunteers who run it, its access and state of repair are not what they should be for such a national institution."

The Centre was not successful in its bid for funding.

The Pankhurst Parlour fundraiser can be supported here. 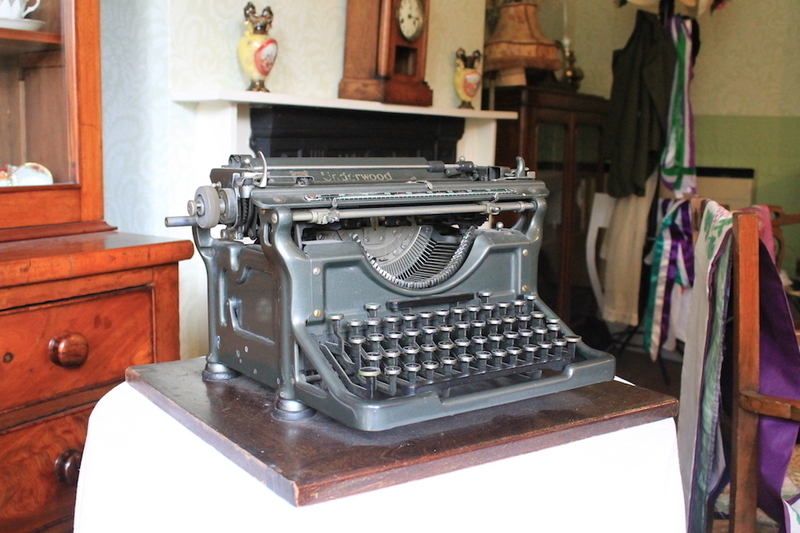 On Tuesday 8th October (5-7pm) the Anne Lister and the Deviant Home talk will take place in which Dr Jill Liddington will introduce the life story of the real ‘Gentleman Jack’. The lecture will take place at the University of Manchester and follows with drinks at the Pankhurst Centre. For further information visit here.

A live Wikipedia Edit-a-thon will be taking place on Wednesday 9th October.

On Thursday 10th October, the 116th anniversary of the founding of the suffragette movement, the Pankhurst Centre will be hosting a special Open House celebration, including the chance to meet equalities activist Helen Pankhurst, Emmeline’s great granddaughter.

Sunday 13th October (1-4pm) is a day for all the family. enJOY Arts is inviting families to take part in Suffragette School, with the opportunity for young visitors to earn their suffragette stripes through a combination of singing, dressing up and taking part in suffragette-themed fun.

Entry to all the Pankhurst Centre anniversary events is free, however donations to the museum are encouraged. The museum receives no public funding, but invaluable support from its team of dedicated volunteers.