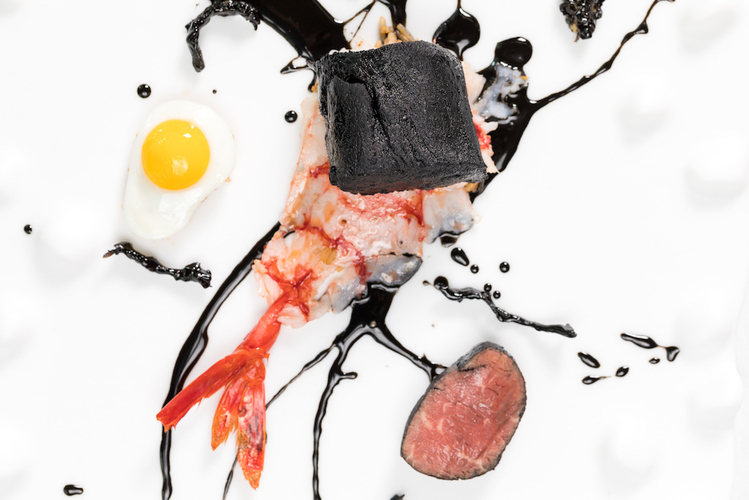 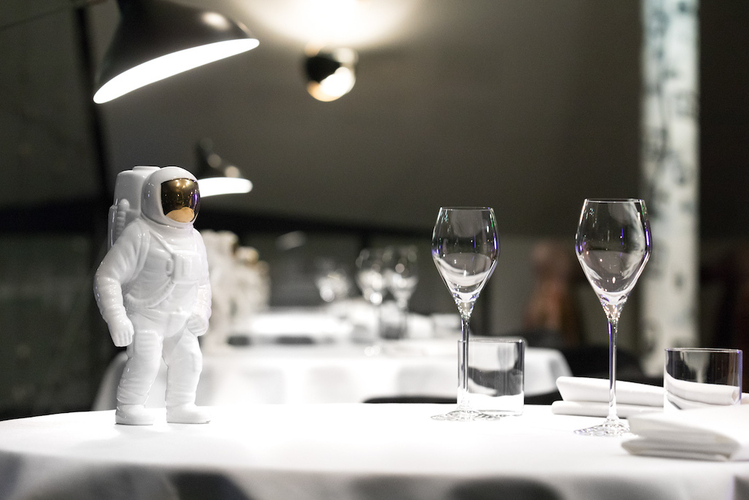 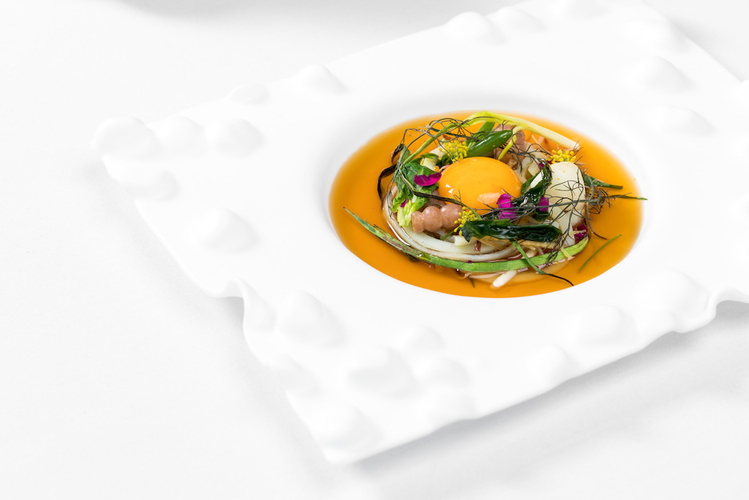 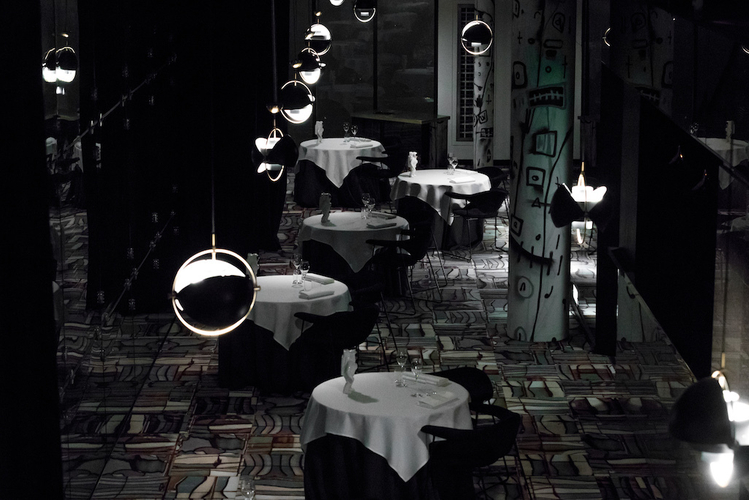 ‘Space-age Asian’ fine-dining restaurant relaunches on the top floor of Urbis this month, with a new look and a new menu

A fine dining restaurant serving a seventeen-course tasting menu of leftfield Asian cuisine perched on the top floor of a football museum in Manchester? Own goal territory, for sure.

Not least because three restaurants (Le Mont, The Modern, Kaleido) have been and gone up here on the top floor of Urbis in the last decade or so, but also because two of those flopped more dramatically than Raheem Sterling with a stubbed toe.

Since launching in January 2017, it’s fair to say the Rabbit in the Moon, by Michelin-starred chef Michael ‘Hair Metal Chef’ O’Hare and former United footballers Gary Neville and Ryan Giggs, has been a divisive restaurant.

There have been moments of genius (the pain au unagi was out of this world), moments of madness (‘Both my staff and I think you are a right c**t’) and moments of confusion (why was head chef Luke Cockerill really sacked?).

Now, fourteen months after opening, there's been a rebirth. 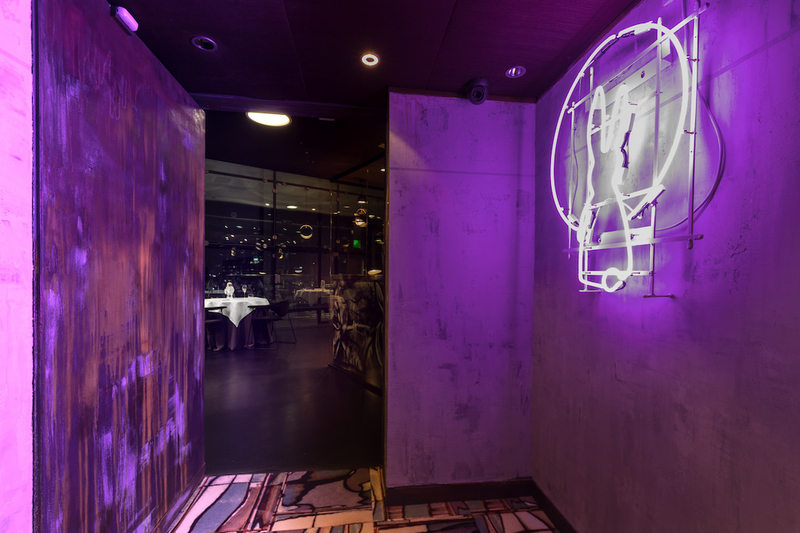 After an initial ‘testing phase’, we’re told Chef O’Hare – who scooped a Michelin star at Man Behind The Curtain in Leeds – will now take the reins of the Rabbit, with an aim to ‘push the boundaries of fine dining in the North West’ with a ‘progressive culinary experience’.

The new menu, it says here, is ‘much stronger, bolder and refined’, with dishes including Langoustine Toast, Unagi Bao, Scallops with Xo, Aloe Vera with Lychee, and Peppercorn Éclair. And veggies, there's even a ramen for you too.

The interior, meanwhile, has been made more ‘elegant and sophisticated’ with the addition of white tablecloths and a new carpet with - dare we say - a hint of Wetherspoons-chic. Sure they meant that… ironic, innit.

The Rabbit redo precedes the launch of the renovated Stock Exchange on Norfolk Street - a new boutique hotel project by Giggs and Neville’s GG Hospitality.

O’Hare was due to open two new restaurants in Stock - The Man Who Fell To Earth (a nod to Bowie) and Are Friends Electric? (a Gary Numan track… chef likes music, in case you didn’t know) - however, Confidential understands Stock will now accommodate just the one O’Hare restaurant. It is scheduled to open at the end of the year.

There'll be a full review to follow, but in the mean time here's a sneak peek at the new menu...