“The Manchester Grande event hotel fits perfectly with this vision. The first of its kind in the UK, the hotel is being modelled on the likes of the hotels in New York, Miami and the Far East."

The new hotel, to be called The Manchester Grande, is the latest in a series of plans for the new 'St John's Quarter' from Allied London since they acquired the 13.5 acre site in partnership with the City Council for £26.5m in the summer of 2013.

The developer first announced plans for the hotel at a public consultation in Old Granada Studios in early-August 2014.

Read here for some context: Granada Studios Site - What's Next? 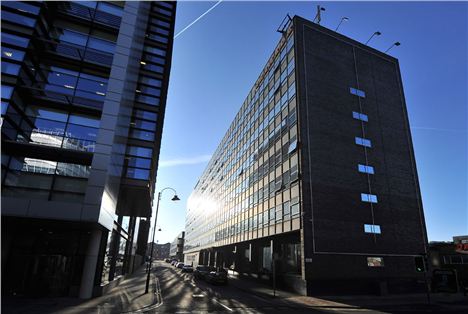 Mike Ingall, chief executive of Allied London, has said the new hotel would be a 'paradigm-breaking event hotel', where the focus is not solely on accommodation but equally on food, beverage and entertainment with a series of nightly events including 'performance, music, film, theatre, arts and club events'.

The hotel will feature four restaurants, a multitude of bars, a top-floor members club and 200 hotel suites, which will each feature 'winter gardens'.

The new plans also aim to link the Granada office buildings on Atherton Street through Great John Street with a 'glazed link creating a new vista'.

Work on The Manchester Grande is expected to start in 2016 following a formal planning process. The architects will be Levitt Bernstein Associates, the firm behind the re-imaging of Manchester's Royal Exchange Theatre. 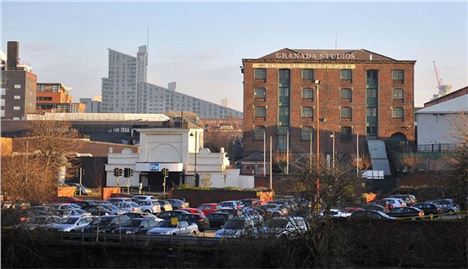 Ingall said of the new plans:

“With the development of St Johns, we’re creating a new neighbourhood in the heart of Manchester. A place that distinguishes itself by its unique cultural history, diverse mix of inhabitants, rich context and its position at the crossroads of Manchester’s network.

“The Manchester Grande event hotel fits perfectly with this vision. The first of its kind in the UK, the hotel is being modelled on the likes of the hotels in New York, Miami and the Far East, where the focus is on food and beverage as well as nightly events including  major performance , music, film, theatre and arts and club events.

“The hotel will bring to life the four purpose built integral former sound-proofed studios, where the Beatles played their first ever live TV performance. The purpose built production green rooms, dressing rooms and rehearsal rooms will be incorporated into the hotel and entertainment complex.”