MOSI: The Ordsall Chord And Ditching The Air & Space Gallery

IT'S cramped in Withington-raised Sally Macdonald’s office. There’s an elephant in the room. A big African bull with its ears spread trumpeting.

I notice on the plans shown to me a big gap. Another elephant has walked into the room...

“No we weren’t coerced by anyone, not by the Council not by Network Rail. It was a decision we made because we thought it was in the best interests of the museum. It followed an arduous and difficult series of discussions,” says the 2014-appointed Director of the Museum of the Science and Industry in Manchester.

We’re talking about the Ordsall Chord and we’re talking about it on the 15 September, the day when the Liverpool to Manchester railway opened in 1830 and began the Railway Age. But now a new £85m link between Manchester’s Piccadilly Station and Victoria Stations will sever the 185-year-old-line. Another route could have been chosen which didn’t do this. The alternative route was suggested by Mark Whitby, former president of the Institute of Civil Engineers who’s posted a legal objection to be heard in the High Court on September 25.

Confidential agrees with Whitby. To castrate the oldest passenger rail system in the world and lose the integrity of the heritage and lose the potentially huge future tourist benefits seems perverse. Andrew Davison, former boss of English Heritage, has called this site “the Stonehenge of the Railways”, and said: “This is the place where the modern world began."

The Stonehenge of the Railways

Manchester city council and Network Rail point to the huge economic benefits of improving the rail infrastructure and the urgent need to get on with the work. They say they are mindful of the heritage but in this instance public good outweighs such considerations.

Initially the Museum of the Science and Industry, which houses the 1830 station complex objected along with so many others to the Ordsall Chord plans. A £3m donation from Network Rail to ‘bring to life previously untold stories from the early years of the railway station’ caused a ‘ker-ching’ u-turn.

“What people are puzzled about,” I say to Macdonald, “is that a museum which is the steward of epoch-making heritage is taking cash to smash that heritage. This seems very unusual, breaking some sort of unwritten covenant perhaps, which states that museums shouldn’t work against that which they are designed to protect.”

“But we are taking the cash to improve the heritage and to help interpret the rest of the site,” says Macdonald. “Remember we’re not just a museum about the past but we need to address science and industry today and in the future. I can’t personally get too excited about the Ordsall Chord and the breaking of the line. The ride on our train around our site will be shorter but there will still be a ride. It’s not as though the link to the mainline was frequently used. We can put this money to work in better ways.”

Many people think the museum should be very excited about the castration of the Liverpool to Manchester Railway, many see it as failing in its duty if it casts aside the integrity of this globally significant site. Instead Sally Macdonald is excited about the new masterplan. 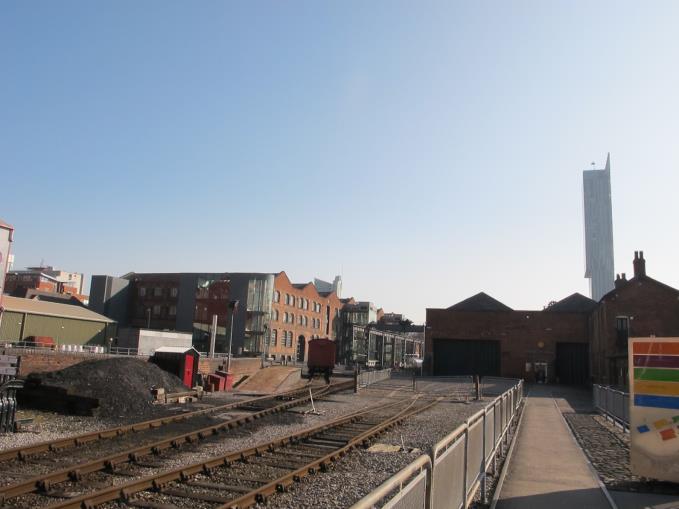 Now Sally Macdonald wants to press on with upgrading and reworking the site. There’s money in the pot too, £3.8m from central government, £3 from Network Rail, £1.8m from the Wellcome Trust.

The main focus is to construct a state-of-the-art Special Exhibitions Gallery in the 1830 rail warehouse.

“We’ve raised just over £5.5m in the last year for the gallery and we need £6m. We should get the rest by the end of the year we hope. Then we want to look at reimagining and reworking the narrative galleries and the interactive galleries.” 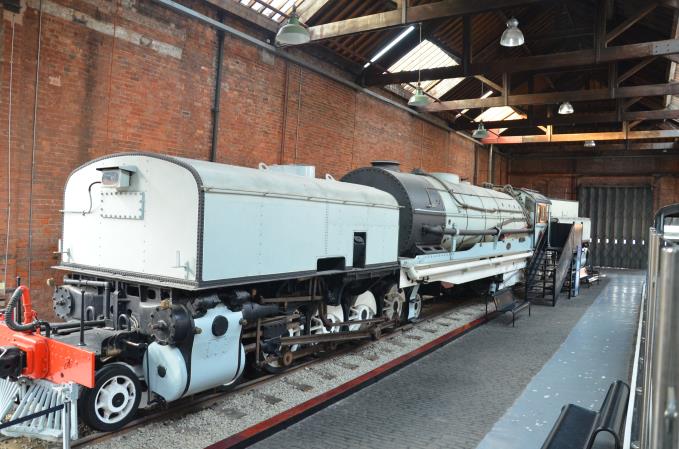 Macdonald explains what she means. She wants to place around the site four ‘narrative galleries’ telling the story of Cottonopolis, Revolutionary Railroad, the Power Hall and the City of Ideas. This means, for instance, a focus on digging deeper into subjects such as the social effects of the transition to the first industrial society in Manchester in the nineteenth century. Meanwhile the interactive gallery Experiment will also be transformed and moved under the iron railway arcade at the west of the site.

“This is important,” says Macdonald. “We’ve done some research and found that 10% of guests are families with children under five years and we have almost nothing for them. That has to change.”

“But remember these are long-term plans, we’re perhaps talking fifteen years to achieve them. What we must do soon though is get people using the whole site. We’re talking with Network Rail about using a patch of scrubland at the west of the site as a landscaped area and this will, with the changes in the 1830 warehouse, encourage people to enjoy the whole museum.” 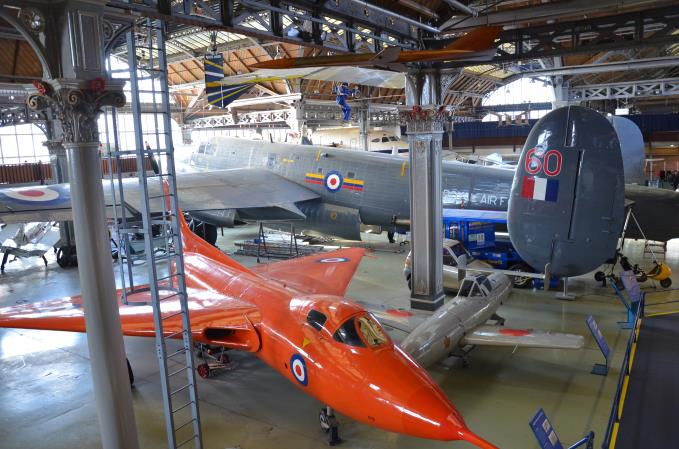 I notice on the plans shown to me a big gap. Another elephant has walked into the room.

“I can’t see anything over the road here, in the Air and Space Gallery,” I say.

“We lease the old market building that forms the Air and Space Gallery from the council,” says Macdonald. “We’re currently doing some exploratory work on the condition of the roof. It’s a beautiful building and the planes are much loved but it’s impossible to heat and it needs a lot of work to bring it up to scratch. We are looking at a range of options but most of the planes are on loan from the RAF museum and aren’t really part of our story.”

“So you’re looking to leave that building?” I say, surprised.

“In due course we will leave it. We do think in the longer term we need to invest in the buildings we own on this side of Lower Byrom Street. We have to tell the stories that are relevant to them and to science and industry. If we invested in the Air and Space Gallery we’d not be able to achieve our ambitions elsewhere across the site for much longer,” says Macdonald.

Wow. Big news. The Manchester planes are going to take off – although the story of Manchester’s crucial involvement in aviation history won’t be ditched.

We continue the discussion after a brief interlude to mop up the coffee I’ve knocked all over the lovely graphic of the Museum of Science and Industry’s grand plans. I think the revelation of the loss of the planes made me jittery.

Macdonald explains the museum’s plan for the European City of Science 2016: “We’re going to have a major exhibition from July focussing on graphene which isn’t easy, it’s a two-dimensional material after all, but we will have some world-class artists helping us out.”

Macdonald can’t reveal the names, but you can sense her excitement. The new director is going to need a lot of energy as well. I mention that she’s the fourth director of the museum I’ve interviewed in ten years.

“I’m here for the long-term,” she says. “I’m very fortunate to be director of a site composed of the most amazing buildings and with the most amazing exhibits. I want this to be the best science and industry museum anywhere and I want to underline the words 'science' and 'industry' and the stories behind them. That’s why exhibitions such as the graphene one is important, there will be no more dinosaur and dalek exhibitions.”

There will also be no link between the rail network and the museum should the Ordsall Chord plans be carried through, nor will there be an Air and Space Gallery in the fullness of time.

Macdonald is a warm, engaging and clearly talented director but she will face choppy waters as she presses on with her plans. Certainly the Museum of Science and Industry needs to be brought up to the standards set by recent renovations such as that of the Whitworth Art Gallery, but is the price being paid too high? 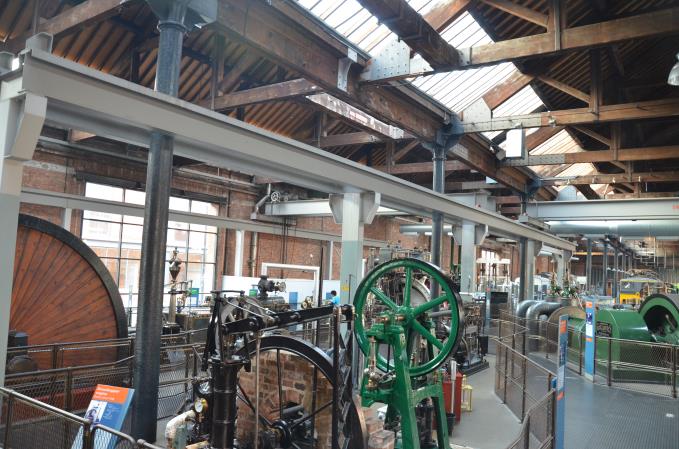 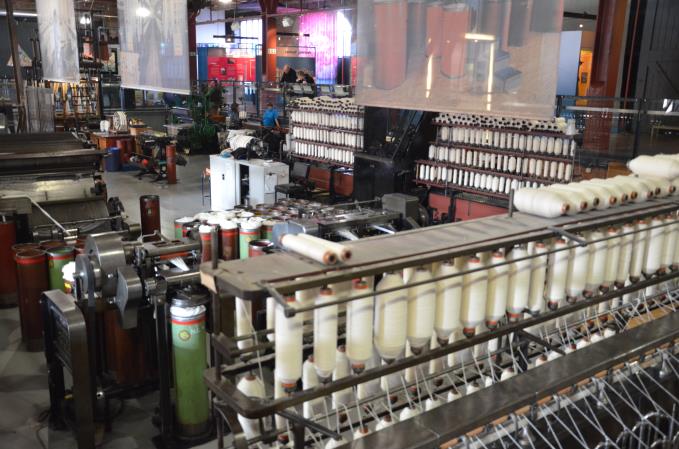