We're all going to die, so why don't we all talk about it more?

Tea and sympathy: How Death Cafes are opening up the conversation around loss

We are all going to die.

Try saying it. It’s difficult right? But today of all days is a good time to practice.

Around Hallowe’en is the time of the year when, instead of avoiding death and all our fears, we actively embrace them. But for the other 364 days of the year we are all rather shy about discussing our inevitable fates. Technology, medicine, supplements and a decent face cream have made it easier for us to pretend that death is not with us any longer.

But while part of the point of Hallowe’en is to get to grips with death in an extreme and cartoonish way, there is a movement that wants us to talk about death in a way that is safe, neutral and gentle.

Death Cafes are pretty much exactly what they sound like. Hosted in the rather comforting environs of a local cafe, with plenty of tea and sympathy (and cake) on hand, it’s a chance for people to get together and just talk about an experience that is both alien and inevitable.

Death Cafes were introduced to the UK by Jon Underwood in 2011 after he heard about a similar idea in Switzerland. "We don't want to shove death down people's throats," Underwood told The Independent at the time. "We just want to create an environment where talking about death is natural and comfortable." Poignantly, Jon died in 2017 at the age of 44 from a brain haemorrhage caused by a rare form of undiagnosed leukaemia.

Hannah Skinner, who organises Death Cafes at Milk and Honey, a café located in St Peters Chaplaincy at the University of Manchester told me how she got involved in the movement:

“I’ve been running Death Cafes for a number of years now. The initial motivation was personal. My brother died suddenly aged 21, and as I learnt to live with the loss over the next few years I found how hard it was for people to talk about death. Because of my own experience I spent a lot of time talking and thinking with others - my family and in support groups - about death, and reading and reflecting wider too. I’ve always worked in community development type roles - and running Death Cafes brought a lot of this together. They create a safe and agenda-free space - no one is saying there is a right or wrong way to feel, and any question goes.

“Death Cafes are not bereavement support spaces - they are more about asking questions, and just being free to wonder. Lots of people are afraid of death, and so talking about it can help - it is inevitable after all, and all of us will face it at some point. We have hot drinks and cakes on offer, and create a cosy and gentle space. I then welcome everyone and explain the concept, and then for the next hour or so people are free to talk in small, facilitated groups.”

Death is also the focus of many of Manchester's recent cultural offerings. It was an important strand of this year’s Sick! Festival, with a video-based exhibition at The Whitworth - Death and Birth In My Life invited the audience to listen in on a series of intimate conversations about the most moving and challenging experiences in life. Developed with staff from the Intensive Care Unit at Manchester Royal Infirmary, German artist Mats Staub’s installation focused on experiences of death, grief and end-of-life care. Over at Z-arts, Dying Together by Dutch artist Lotte Van Den Berg explored collective death.

This Grief Thing, also part of the Sick! Festival, was probably one of the most impactful art events I’ve attended in recent memory. Similar to a Death Café, Fevered Sleep (the arts company behind the event) hosted Grief Gatherings, where people could discuss grief and death opening up conversations and making the invisible visible. Ironically, I won’t say too much about it because, even though the point is to discuss death openly and honestly, the fact is that other attendees also had a reasonable expectation of privacy as they shared their individual stories. It’s this balance of openness and safety that makes these kinds of events so valuable. 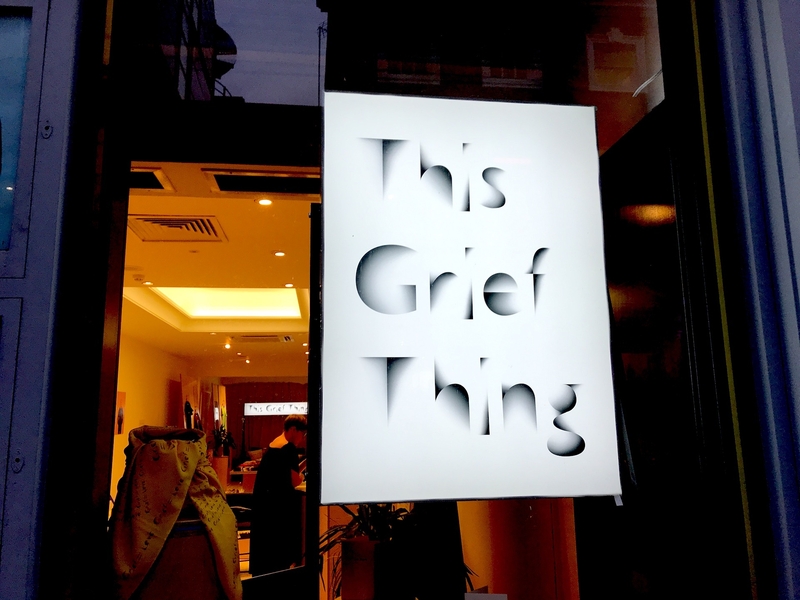 As well as hosting the Grief Gathering, the artists behind the event also took over a shop on King Street, selling postcards, badges and T-shirts with death-related slogans on them. The idea is that we often inadvertently express things we hard to say via our clothes. One of the artists, David Harradine, said:

“We have such a problem with grief. It seems that people are reluctant to express it, afraid to acknowledge it, unsure how to live with it, and lost when it comes to it. A few months after my sister died, people stopped asking how I was, how my grief was, and I wanted to make a T-shirt that said, 'I’m Still Grieving: Talk To Me About It'. This Grief Thing is what that imagined T-shirt led to. A way for conversations to start.”

“In Britain, we’ve lost the culture of wearing mourning clothes which acted as a signifier of our grief to friends and the community; that says we may need support, or just the simple fact that the death of someone important in our lives changes us. A shop selling clothing feels like the most practical way of inviting all sorts of people to have conversations about what is both a common and an extraordinary life event,” added Fever Sleep co-founder and artist Sam Butler.

This Grief Thing was not easy – in fact I would have described it at points as harrowing. But it was also life-affirming and incredibly worthwhile. I still often think of the stories I heard there.

But perhaps not everyone is ready to reflect on grief and death at such close quarters. If so, an exhibition at Central Library might be a good taster. Young, Rich and Famous tasks us to think of how we will be remembered after death and what we will leave behind by looking at how the Ancient Egyptians answered the same questions. Famously obsessed with the idea of death and immortality, the Ancient Egyptians speak to the same concerns we find so hard to confront, centuries later.

So if you are out trick-or-treating this Hallowe'en take a moment to give yourself a memento mori and whisper to yourself: we are all going to die. Perhaps it will be little be less hard to say this time.

The next Death Café is at Milk and Honey on 12th November, 7.30-9pm. They are also hosted occasionally at Tea Hive in Chorlton. Visit the Chorlton Death Cafe Facebook to find out more.

Further information about this year's Sick! Festival is available here.

Restaurants to be banned from keeping staff tips
● / Architecture 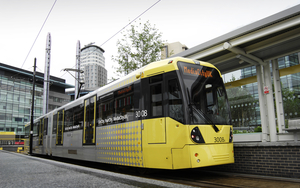 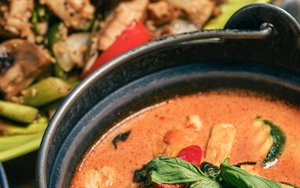