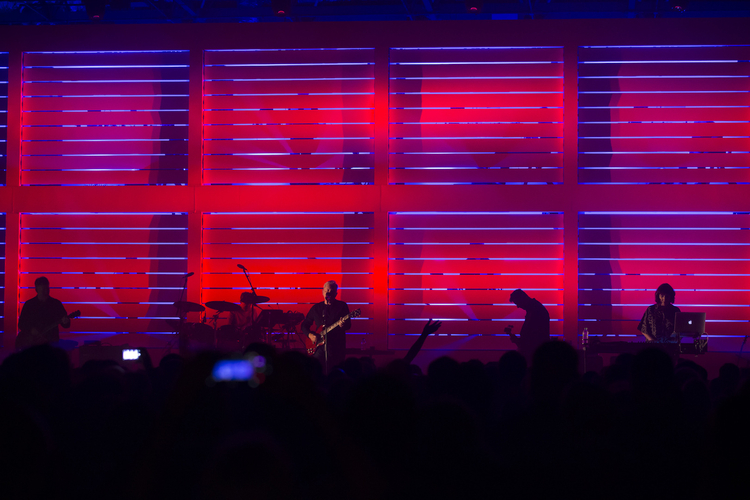 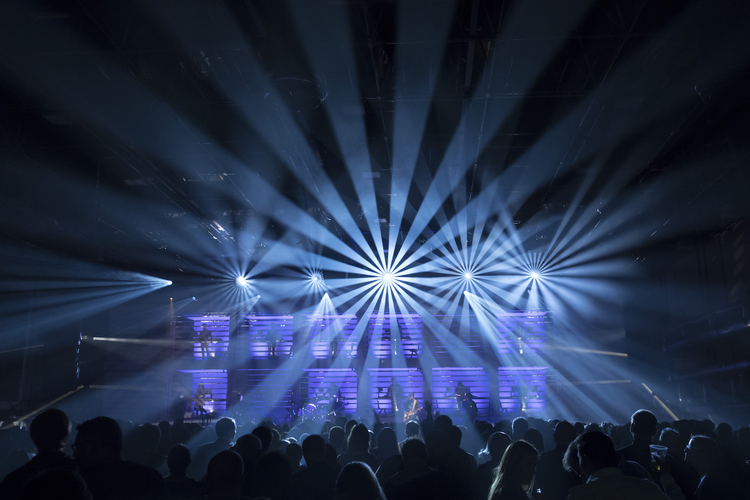 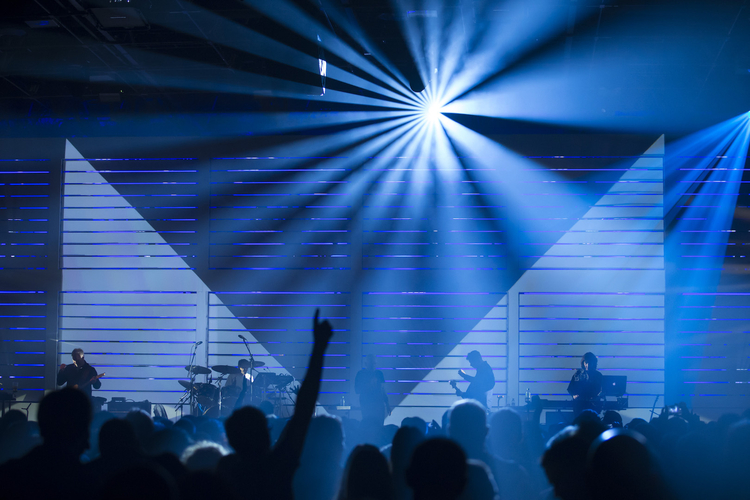 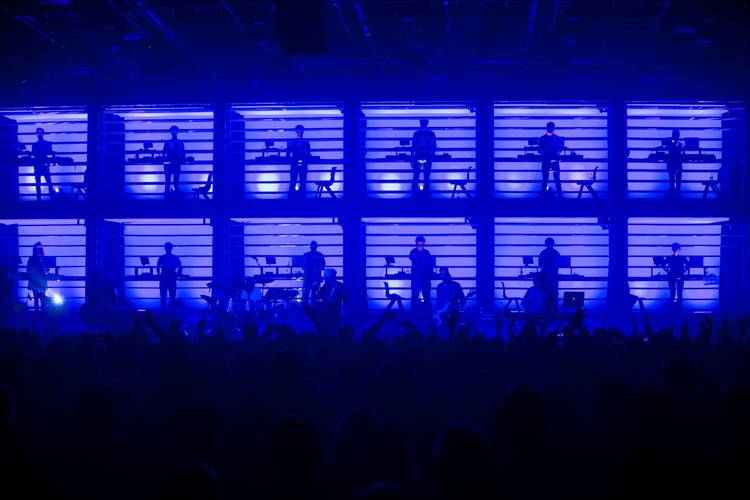 ‘Chill out, this isn't your usual New Order show’... and it wasn't, says Jonathan Payne

What’s the difference between an art installation and a light show at a concert? I dunno.  These ‘performances are created in collaboration with visual artist Liam Gillick’ says the blurb, and taking songs from every album of New Order’s career (apart from Movement, I think), the son et lumière was always arresting. The five piece band, along with synth conductor Joe Duddell standing stage left, are framed by a double storey grid of slatted rooms behind them; lights bounce, range, oscillate, flicker and traverse the grid all night. Deep purples and wonderful sea-greens, computer graphics, ominous reds keep the eye more than entertained. The slats, opening and closing, revealing the synth players variously dancing behind their keyboards (and one being caught out wiping his nose), I found a little irritating at first, but you get used to the reveals, and the various patterns.

As Barney Sumner says at one point to a friendly heckle ‘Chill out chill out, it’s not your usual New Order show’. With twelve extra synths and being locked into the light show, it is a more controlled type of performance, more of an event. And the range of material, from early songs Disorder (Unknown Pleasures) and the beautiful Decades (Closer) up to a pummelling Plastic (Music Complete) feels very much like a showcase, a one off (well, they’re playing another four shows).

Barney is obviously enjoying himself, Stephen Morris is his usual astonishing metronomic self, Gillian … plays her keyboards, and the two newer members, Phil Cunningham and Tom Chapman get the crowd going, advancing to the front of the stage, wielding guitars. Barney’s lyrics come across as nursery rhyme as ever - '(I want you now) Something that you gotta know / (I need you now) My love for you I want to show / (I want your love) I'm telling you that I belong / (I need your love) You and me just can't go wrong – but then catch you out, with something darker, This is a song about an innocent / Who died at the hands of a desperate man (All Day Long from Brotherhood)'.

The audience, 1200 of us in the old Granada sound stage, were slow to really get going. A friend mentioned that the babysitters in Manchester were making a killing tonight, and there were a great number of New Order t-shirts stretched across bellies. And I guess a lot of us were watching the stage set, the immersive light show, the dancing keyboardists. The Kraftwerkian Donna Summer vibe of Guilt is a Useless Emotion certainly got people moving, and Bizarre Love Triangle is always a joy, 'Ever time I see you falling / I get down on my knees and pray', is one of those moments that New Order conjure up. Liam Gillick mentions that he responds to the band’s ability to create ‘new levels of intensity and control based on a constant testing of fundamental structures’. It’s a triumph.