City Centre Museum gets Michelin-chef magic below and above

MICHAEL O'Hare, the owner of a Michelin star courtesy of his Leeds' restaurant The Man Behind the Curtain, is to plant a brace into the back of the National Football Museum's net.

More risky is opening high on the Urbis site of the museum on the fifth and sixth floors.

To have O'Hare create two dining spaces in the building is an ambitious move by both the museum and GG Hospitality - for which O'Hare will be working. There's a certain logic to it. GG Hospitality is, of course, owned by ex-United boys Gary Neville and Ryan Giggs so upping the food ante in the National Football Museum seems a good fit.

The idea is to have a Cafe Football operation on the ground floor. This may be familiar to readers from the Cafe Football that already exists in Hotel Football over the Bridgewater Canal from Old Trafford footie stadium. That initiative seems apt for both parties.

More risky is opening high on the Urbis side of the museum on the fifth and sixth floors. This area of the SimpsonHaugh designed building has been a graveyard of fine dining. First Le Mont and then The Modern were brought to their knees by its awkward entrance, small lift and an atmosphere that repeatedly defied attempts to boost it beyond stark.

Up here, according to the MEN, O'Hare and colleague Luke Cotterill be operating a tasting menu from Tuesday to Saturday which will offer 'space-age Asian food' in a restaurant called the Rabbit in the Moon. The name comes from east Asian legends based on markings on the moon which are said to represent a rabbit with a mortar and pestle. In China the rabbit is preparing the elixir of life, in Japanese tradition it's pounding the ingredients for rice cake. Either way, the boys in the restaurant will be assisted by cocktail specialist Matt Wiley.

O'Hare is already working with Neville and Giggs to re-invent the old Stock Restaurant on Norfolk Street into a boutique hotel with top notch nosh - click here for our story.

Confidential wishes that venture and the ones in the National Football Museum all success. Certainly a Cafe Football seems entirely reasonable, but whether the Rabbit on high in the building turns out to be a case of howling at the moon rather than a league topper remains to be seen. Let's hope the form book in the latter case is irrelevant. 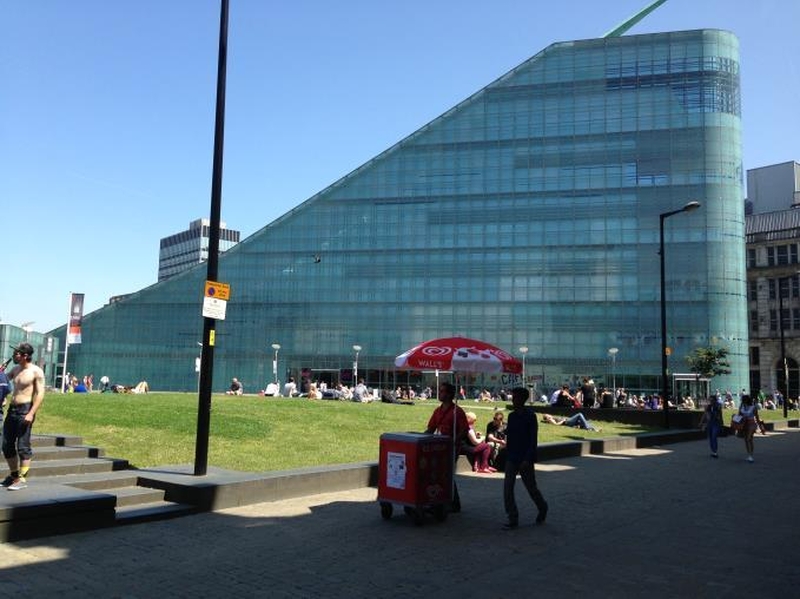