‘Melody, yearning and humour’ - The King and I, Opera House, reviewed

A British governess, a Thai King and a true story of forbidden love…Joan Davies enjoys this iconic revival

If the question ‘shall we dance?’ conjures up an image of energetic fun in a silk crinoline, then this one’s for you.

Rodgers and Hammerstein’s The King and I is best known through the 1956 film starring Yul Brynner and Deborah Kerr; it’s the stuff of my childhood weekend repeats.

Based somewhat loosely on the true 1860s story of Anna Leonowens, British teacher to the many children of King Monghut of Siam (now Thailand), it’s a story of love, longing, loyalty and progress as two cultures meet and assess one another.

It’s not a treatise; it’s a gorgeous mix of melody, yearning and light humour. The songs - Shall we Dance?, Hello Young Lovers, Getting to Know You and even the cheery musical version of the British stiff upper-lip I Whistle a Happy Tune - have evolved their own lives.

This production, opening the British tour of a highly-praised American revival, is effused with gold and silk; from the 250 books of gold leaf used on the curtain, through splendid costumes, to the silken voices of a superb cast.

Jose Llana, who took the role in Broadway, portrays not just a king of stature, with elements of tyranny, but a king who displays both affection and humour as he tries to keep his country safe from encroaching Western imperialism. Llana leads the audience to an appreciation of his internal struggles, and his polka (a traditional dance) is magnificent.

Annalene Beechey as Anna, a role she performed in the West End, is remarkable. It’s hard these days to imagine a young widow and her son embarking on such a venture without the ability to phone home or book a return flight online, but within a few minutes Anna is whistling and has convinced you that she has the inner resources to cope. Beechey has a commanding stage presence, a wonderful singing voice of power and sweetness, and the timing and intonation to bring out much of the comedy.

The sub plot, highlighting slave Tuptim’s banned love for Lun Tha, provides the dramatic action for act two. In order to convince visiting British diplomats of the modernity and culture of Siam, the court entertains them with a Siamese ballet based on the (then contemporary) American novel Uncle Tom’s Cabin. The ten-minute sequence is a many-layered highlight, employing Eastern performance style and dance technique. There’s a real drive to this show-within-a-show; entertaining in itself and for the effect we know it will have on the audience, the King.

Tuptim is played by Kamm Kunaree, whose training and experience as a classical singer in Thailand shines throughout. Cezarah Bonner as Lady Thiang, the King’s senior wife, is a convincing negotiator of power and etiquette; her strong singing bringing a warmth to the role. 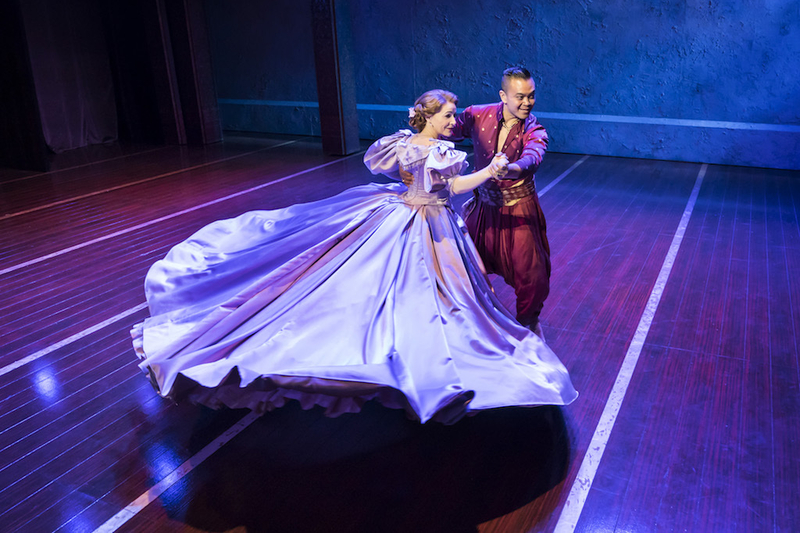 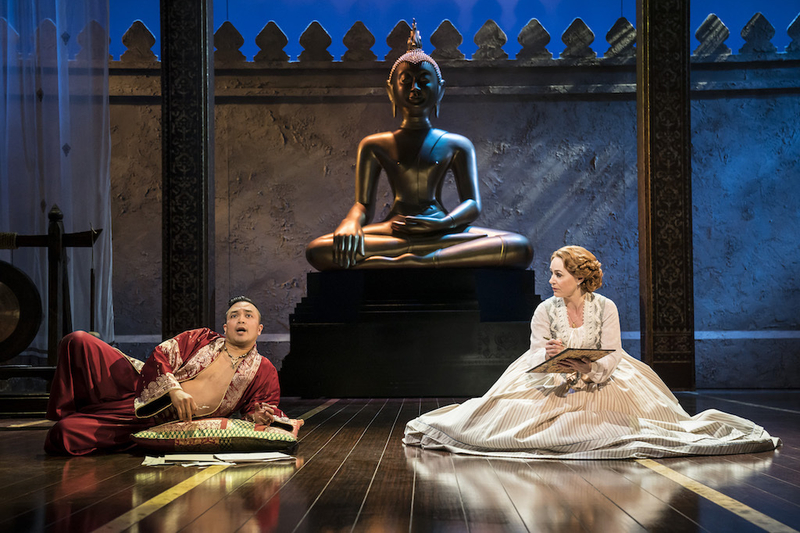 This is a tale of powerful and strong individuals finding their way to maintain what’s important to them in a time of marked and unprecedented change. As a contrast there are brief threats of cuteness overload when we’re introduced to the King’s children, delightfully played by a range of young British actors.

Musically and visually this is a rich and entertaining production and deserves its success.

Obviously, questions will be raised about the portrayal of such a different culture, particularly as its located at a time of western imperial expansion - when supposed western superiority reigned. Rogers and Hammerstein, largely regarded as American liberals who wished to promote racial tolerance, have come in for some criticism and some even suggest that this musical should be expunged from the canon. Those debates are easy to find online but, to form your own judgment, you really need to see it - much like Hylas and the Nymphs. But that’s another story...