Manchester property - Manchester gets the tallest rusty tower in the UK, ECF dream of running trams along The Crescent in Salford and closing it to traffic, while the old Spire hospital in Whalley Range is to be demolished for LGBT care homes. And with a tired sort of inevitability, the price tag on The Factory soars. Read on.

A new masterplan for that vital area of the central city region around Salford University has been drawn up. This is an adaptation of an earlier masterplan by 5plus Architects. The new document by English Cities Fund (ECF) contains a surprise suggestion: ECF is a collective of Muse Developments, Legal & General and Homes England. Their masterplan covers a huge 250 acres.

Confidential has long stated that Peel Park and the adjacent Meadows should be central Manchester’s green lung, albeit in Salford. It’s a fifteen minute walk from Bridge Street to the entrance of Peel Park. We think one of the free buses should transport people up there.

The new masterplan wants to put a tramline down to the park weirdly from the Quays rather than the city centre. Eh? This would entail closing part of the A6 (Chapel Street and The Crescent) to private motor traffic. Creative ways to re-route vehicles would have to be thought up to not penalise motorists, but to calm the stretch of road from the city centre to the park and prioritise public transport, pedestrians and bikes seems a sensible idea.

The exciting element with this proposal is it would make a fine promenade and terrace over that magnificent meander of the River Irwell at The Crescent.

£800m and let’s get started in Salford

The ambition with the new Salford masterplan plan, discussed above, is to create a ‘globally recognised destination’. Forget that, we say, and just deliver schemes that provide quality throughout. Oh and get the thing done.

Other interesting elements in the plan include utilising the handsome but empty buildings on The Crescent of the former Police Station and the former Fire Station. The first is earmarked to be a hotel and the latter a community space.

Another suggestion is to expand the public realm with extra ‘greening’ of the area by placing the railway lines at Salford Crescent Station in a tunnel and putting gardens over the top.

Consultation on the plans start on 20 October. As for a delivery timetable that’s a bit vague at present.

Detailed plans for the spare ground some locals have called 'New Islington Green' have been announced. Developer General Projects, working for the first time in Manchester, ‘will create a five building campus that will ultimately bring 3,500 jobs to the area alongside over 100 SMEs together with a mix of innovative blue-chip companies.’

Crikey these plans tick all the worthiness boxes. Here’s more from the release.

’General Projects has adopted a ‘Manchester-first’ procurement policy, with at least 25% of supply chain spend in Greater Manchester. During construction, an estimated £200,000 in social value will be generated from apprenticeships, work experience days, site open days and other voluntary, community and social enterprise commitments.

'Located alongside the Ashton Canal and inspired by the city's historic cotton and textile mills, the development, designed by architects Hawkins\Brown and landscape architects Planit.IE, will deliver over two acres of new, exceptional public space, as the area benefits from a £5m investment Into landscape and green space to create a better, healthier and safer environment.’

The development will be car free, fifty new trees will be planted and there will be 550 bike spaces and apparently a 30% net gain in biodiversity. There will be 300m of canal frontage.

The two acres of public space in the Pollard Street space discussed above should calm to some extent the rage of the Save New Islington Green campaigners, who wanted the whole site to be retained as a public open space. Confidential hopes that the campaigners will applaud the employment prospects and environmental improvements the new ideas are designed to deliver. One man who rang up the Confidential office after our original article took exception to it and called this writer a very rude word beginning with 'C' (and it wasn't codpiece.) There’s nowt as queer as folk as my gran used to say.

Confidential rather enjoyed a recent carrot and stick press release about The Factory arts venue. After seven paragraphs telling us good stuff such as how The Factory ‘is predicted to bring a £1.1bn boost’ and attract ‘up to 850,000 visitors a year’ we get the cold dash of water across the face with the revelation the City Council will have to raise another £45m to complete the project. This will take the total spend to £186m. Wow.

Apparently ‘the majority of the £45m will be found through bids to national funding sources and through enhanced fundraising by The Factory Trust’. You have to feel for those fund raisers.

You-know-what is to blame.

The City Council says: ‘As with all construction projects, Covid-19 has had a profound impact on the cost and programme. This is the biggest single reason for the budget increase. The associated slowing of productivity, when combined with the complexity of the project, the stringent sound insulation standards required for the building and the particular position of the Manchester construction market means have all impacted on cost.’

The scheme has been bedevilled with problems from the start with design issues and delays. Expected to originally open in 2019 as the principal host of Manchester International Festival it will now be 2022 before the building is finished.

So are we to assume that all the other building projects in the city centre are now running late because of Covid-19? If so, we haven’t heard. 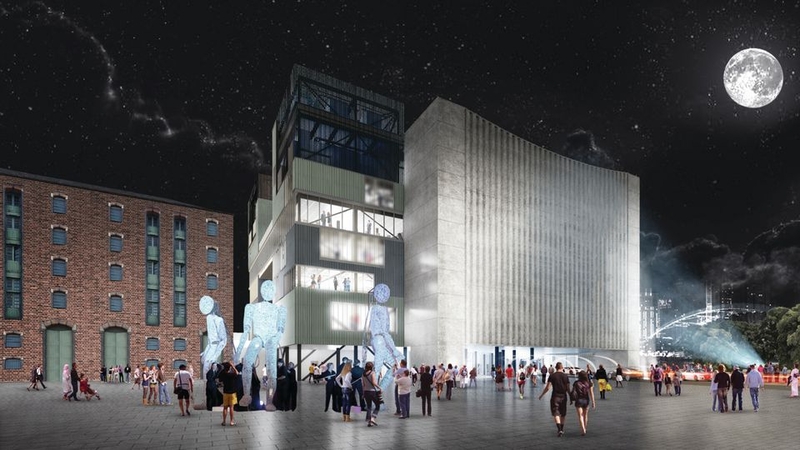 The grim Spire hospital, previously BUPA, in Whalley Range is to be demolished. If planning approval is forthcoming 77 ‘Extra Care’ properties will be created. These will be half for affordable rent and half for sale.

The twist is that they will be designed to support the care needs of older LGBT people. Apparently Manchester has more than 7,000 people over the age of 50 who identify as LGBT across the city. Whalley Range was chosen ‘due to its vibrant and diverse community, with good local amenities’.

Cllr Bev Craig, Manchester City Council’s Executive member for Adult health and well-being and Lead Member for LGBT issues, said: “For decades Manchester has been the champion of the LGBT community and it’s with a huge amount of pride that we are able to continue this commitment with the UK’s first LGBT Extra Care scheme.” 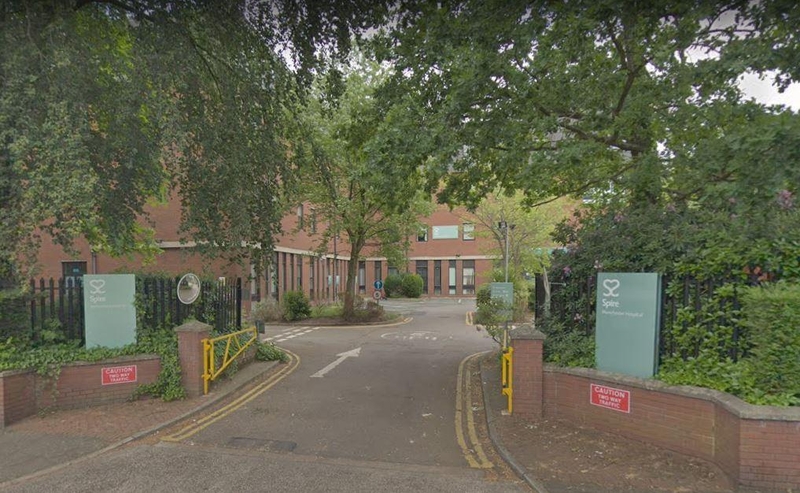 River Street Tower, purpose built student accommodation, is nearing completion between River Street and the Mancunian Way. Already part occupied, the 92m (302ft) tower, by SimpsonHaugh & Partners, will be the tallest in the UK clad in self-weathering Cor-Ten steel. But is this unforgiving material right for buildings of such scale? Read more here 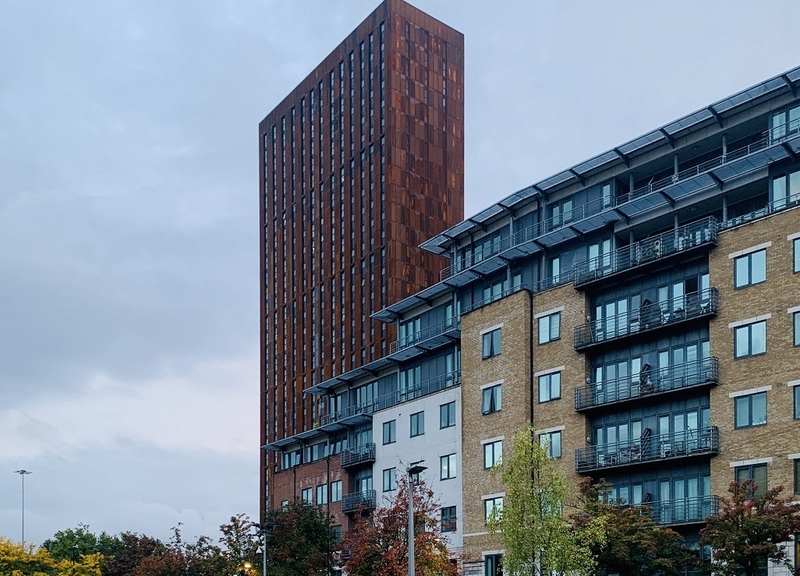