Politicians have been promising us we'll get "back to normal" (albeit a careful sort of normal) this summer and what could be more normal for Mancunians than downing a bunch of alcopops and dancing on tables with drag queens?

Pride, the highlight of Manchester's summer calendar, has returned in its usual August Bank Holiday slot and we've got the lowdown on which acts will be appearing. With events over the four days of the bank holiday weekend, the Gay Village-based party is the ultimate hedonistic celebration for queer folk and their friends. 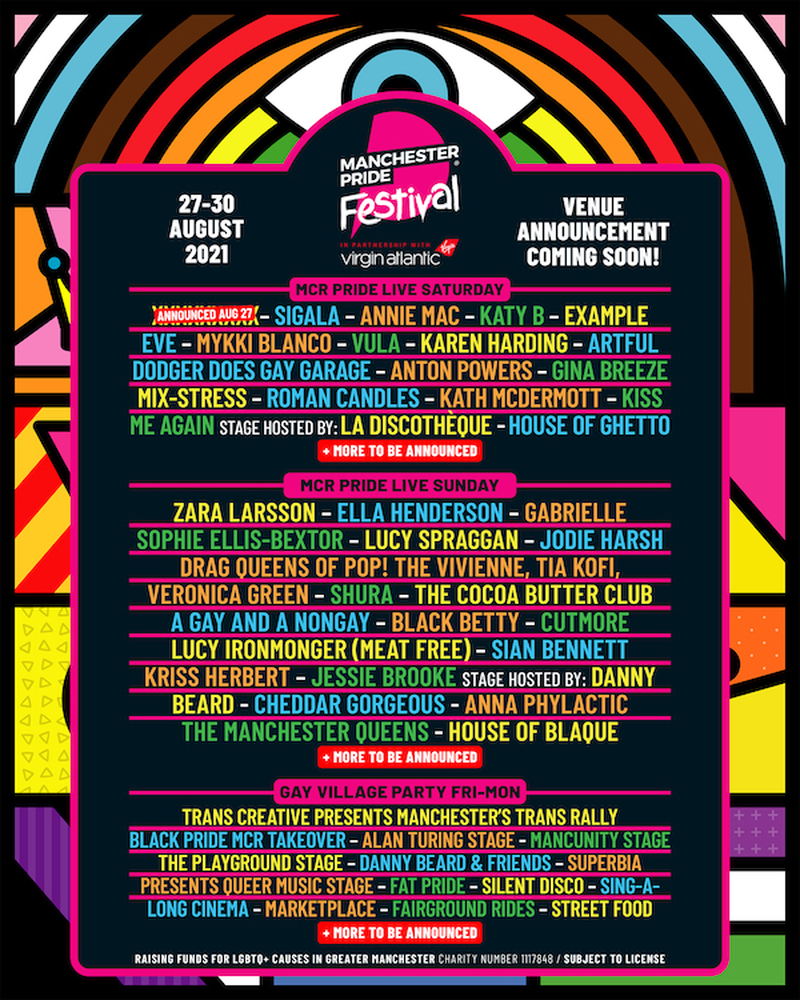 Who will be performing at Manchester Pride 2021?

Headliner Zara Larsson is known for Never Forget You, a collaboration with MNEK and Girls Like with Tinie Tempah. She recently released her third album, Poster Girl.

On Sunday night, Zara will be joined on stage by singer-songwriters Ella Henderson, Gabrielle, Sophie Ellis-Bextor and Lucy Spraggan. The stage will be hosted by Danny Beard, Cheddar Gorgeous, Anna Phylactic, The Manchester Queens and House of Blaque.

Saturday night's performances will be hosted by La Discothèque and House of Ghetto.

The organisers are hoping that the (in)famous Pride Parade will be able to take place this year, subject to where we are along the roadmap. In 2020, the parade was unable to happen so the organiser produced an award-nominated film, Manchester Pride Parade: The Movie which charts 50 years of equality in Manchester.

Other things to do at Manchester Pride this year

This year, the festival will include a Trans Pride Rally plus live performances across the Alan Turing Stage in Sackville Gardens, MancUnity Stage, Playground Stage and Superbia presents Queer Music Stage. Highlights will include Danny Beard and Friends, Black Pride MCR Takeover and Fat Pride.

There will also be the much-loved silent disco, sing-along cinema, the marketplace and fairground rides.

While Manchester Pride is very definitely about hedonism, there is also a serious side as the street party raises money which supports LGTBQ+ charities and initiatives throughout the year.

The Candlelit Vigil is the culmination of Manchester Pride Festival, and each year it closes the four days of the festival with a moment of reflection in Sackville Gardens as attendees remember those that have been loved and lost and stand in solidarity with those who are suffering and persecuted around the world. 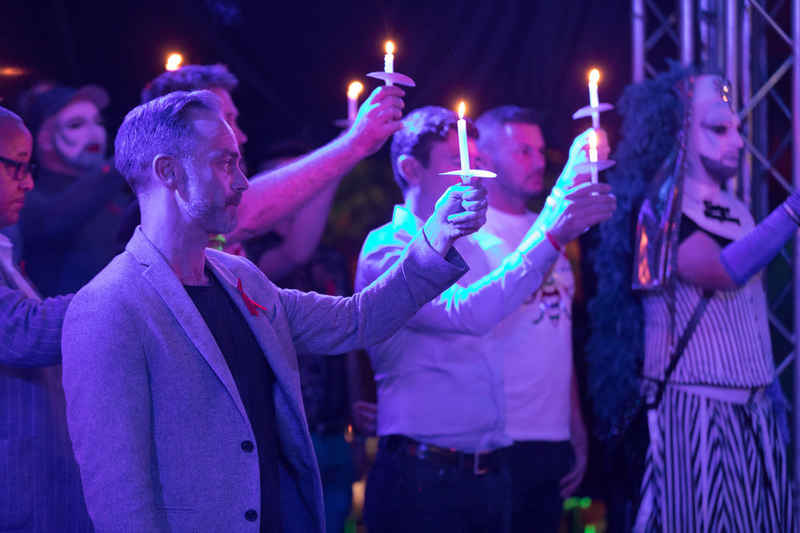 Mark Fletcher, CEO of Manchester Pride, said: "I'm really happy that we are able to share this announcement today. With many artists having decided not to tour this year, my team has worked twice as hard to secure a first class lineup of performers who are each excited to be able to celebrate LGBTQ+ life with us, in person this year. And unless the roadmap to recovery changes we can't wait to come back together once again.

"MCR Pride Live will be in a new home, with a reduced capacity but the standard of talent on the stage remains exceptional and we know that our loyal and excited audience will love the programming across all of the events. Tickets to MCR Pride Live are very limited now and the Gay Village Party is selling fast, so I urge everyone that wants to come to buy them before they sell out."

For more information about the festival visit manchesterpride.com.

Tickets to the festival went on sale last month and weekend MCR Pride Live Rainbow Passes sold out in less than an hour. A limited number of weekend and day passes will be released at 12pm on Friday 30 April.

Rainbow Passes, which allow access to MCR Pride Live Festival and four days at the Gay Village Party, start at £55 for a day or £84.50 for the weekend and Gay Village Party tickets are £17.50 for one day or £25 for all four days.

New to this year is the introduction of a Low Income Ticket. These tickets are reserved for participants on a limited income. The Low Income Ticket Programme offers a reduced ticket price of 50%. They will be sold on a first-come, first-serve basis and they will be on sale until 30th June 2021 or until they have sold out.

These tickets are available for both the Gay Village Party and MCR Pride Live. To qualify for the Low Income Ticket Programme, attendees will need to provide evidence of one of the following: