A new role will be created to oversee The Factory

Christine Cort, the managing director of Manchester International Festival, will stand down from her role from March 2021.

Cort is one of the longest-serving members of the MIF team, having co-founded the Festival back in 2004/5. It is understood that she resigned for 'personal reasons'.

Manchester International Festival is slated to present its next edition this year, from 1-18 July, but large events are still on the back foot when it comes to the pandemic.

While COVID-19 causes uncertainty for real-life events programming, MIF's prospective new home The Factory (more on that below) has launched the Virtual Factory and has already welcomed over a million visitors. 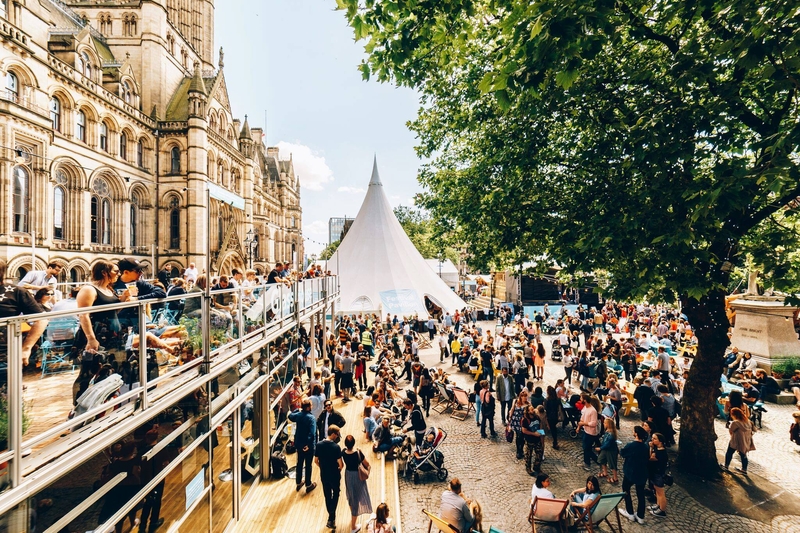 Describing herself in her Twitter bio as 'mum, daughter and proud Northerner', Cort was a driving force behind the founding of Manchester International Festival back in 2004/5. She joined the first Festival Director Alex Poots after resigning from her job as group marketing director for Time Out.

The Times Alternative Rich List in 2018 named Cort as one of its 30 picks for "someone who celebrates the important stuff in life." She was also named the Inspirational Leadership in Arts and Culture winner at the Inspiring Women Awards in 2015.

Cort said in a statement: “It’s been the most life-affirming journey helping to set up MIF, but I feel that now is the right time for me to start a new chapter.

“I remain completely committed to both MIF and The Factory and I know there is a bright future ahead. Initially, I plan to have a break and then set up a company, CC & Friends, working on projects I care passionately about.”

The newly created position of venue director for The Factory will be in place to oversee the completion of what will be Manchester's most prestigious arts venue. The ambitious project has been riven with problems from the start due to design issues and delays. Expected to originally open in 2019 as the principal host of Manchester International Festival it will now be at least December 2022 before the building is finished.

Back in October, we reported that Manchester City Council would have to raise another £45m to complete the project. This would take the total spend to at least £186m. That’s over £100m more than when the project was first announced in 2014, at a projected cost of £78 million.

In December the project was awarded £21m from the Government's ‘Cultural Capital Kickstart Fund’ - one of several grants announced in the latest round of its £1.57bn coronavirus cultural recovery fund, which went some way to covering the costs.

With the Council already stumping up £50.6 million, plans are to meet the rest of the budget increase through national funding bids and enhanced fundraising. See the report here.

The building is designed by star architect Rem Koolhaas’s Office for Metropolitan Architecture (OMA), its first major public work in the UK.

The Council said: "As with all construction projects, Covid-19 has had a profound impact on the cost and programme. This is the biggest single reason for the budget increase. The associated slowing of productivity, when combined with the complexity of the project, the stringent sound insulation standards required for the building and the particular position of the Manchester construction market have all impacted on cost."

In other words, it's a tough gig.

The first commission for the festival's 2021 edition is The Walk, a giant puppet who will walk from Syria to Manchester as an emblem of the millions of displaced refugee children separated from their families.