MIF 2017 - The World Was Once All Miracle, Reviewed

2017 is the centenary of Anthony Burgess, and it has been celebrated enthusiastically by the International Anthony Burgess Foundation throughout the year so far. This week sees not only this concert, but a packed three-day conference devoted to his fiction, journalism and music. The IABF also commissioned Raymond Yiu, a composer similarly self-taught, similarly well-travelled as AB, to write the piece that has its world premiere tonight.

The composer searched for some time for suitable texts for The World Was Once All Miracle, settling on various poems taken from the collection Revolutionary Sonnets and Other Poems. The poems chosen are not connected with each other and reflect different aspect of Burgess’ life and career – Malaysia, the Second World War, his fondness for various composers, for Shakespeare, for popular song – there are a lot of different aspects to his career. The settings by Yiu are similarly diverse. The final song could be by Gershwin and Coward, the 1920s jazz age scoring, waltz like and rhythmic, had everyone tapping.

Another song is pinned by three hand percussion instruments called bungkakas (with three different pitches) that buzz and hum throughout, uncoordinated, whilst the excellent baritone Roderick Williams sings the slightly abstracted lyrics – ‘But that you were there really was all I knew’ – is how it finishes. (A few people remarked that Williams was inaudible at times, due to the sound of the orchestra; I have to say I always read the texts if they are available.)

The fifth song takes a Burgess manuscript fragment of a serial twelve-tone sketch, and uses it to stark effect for the reflections on guilt – ‘For the primal sin is always a present sin’. Overall the eclectic, largely reflective cycle is beautifully coloured by the excellent BBC Phil, and the range of instrumentation – binging hung gongs, wine glasses tuned to various notes, vibraphones and marimbas fuzzing – was always attractive.

The European premiere of Burgess’ own Symphony in C from 1975, more than ably conducted by Michael Francis, finished the concert and was a real highlight. There has always been a whiff of condescension about Burgess’ music – he is a writer, so he can’t be a composer, he was self-taught, so he can’t be that good; perhaps it is a British thing. I was sitting next to Paul Phillips, Professor of Music at Stanford University who has probably done more than anyone else to bring Burgess’ music back into a repertoire. He has recorded this symphony with a student orchestra for example, and has written an extraordinarily readable book on him – A Clockwork Counterpoint: The music and literature of Anthony Burgess (2010). (Although one must disclose at this point that I commissioned this book.) I’m pleased to say that this performance received an enthusiastic thumbs-up from the professor, and the Bridgewater audience.

I loved it – raucous, with twists of tempi and theme and volume (reflecting his beloved Beethoven) throughout, quotations from Debussy, Walton, Holst, The Last Post, ‘cheap Venetian songs’ are threaded through, and the final of the four movements is split in two, with an instrumental followed by a vocal section, quoting from Love’s Labour’s Lost. Williams returns along with the tenor Robin Tritschler for this final section, which is thrillingly bonkers, and an ending which is … very abrupt.

One comment at the conference was, as Burgess hadn’t really had the space to develop as a composer, his themes and motifs tended to be discarded rather than teased out, so he just jettisoned themes and replaced them… personally, I thought it was a gripping piece of music, and very enthusiastically played by the orchestra.

The World Was Once All Miracle, Bridgewater Hall, Tues 4 July.

Find out more about this year's Manchester International Festival via their website, or follow Confidential for more MIF news and reviews

Fans raise thousands for Frog and Bucket after funding controversy - but why was its bid rejected?
● / Theatre & Comedy

Manchester performing arts - what’s reopening when?
● / Things To Do

From their kitchen to yours - how to make Syrian dumplings, Indian pastries and sweet milk puddings
● / Theatre & Comedy 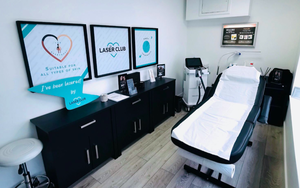 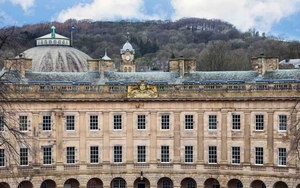 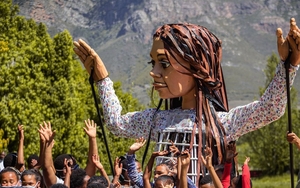 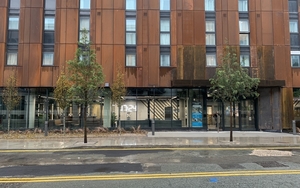