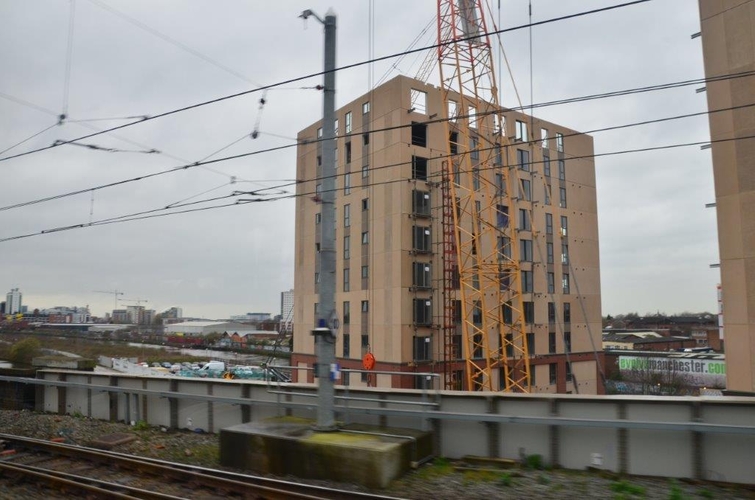 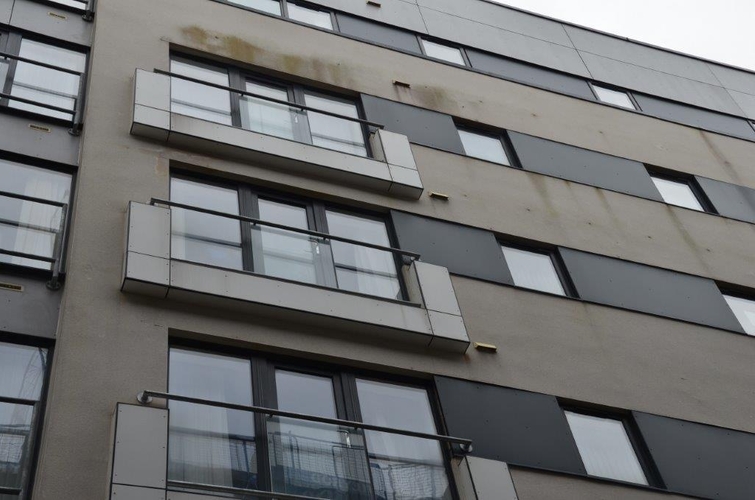 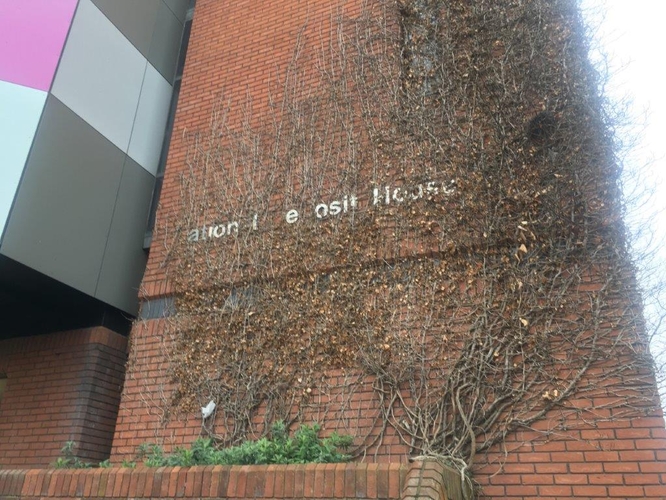 There are countless good buildings going up across Manchester and Salford. Confidential has a long record of rushing to compliment the good guys.

However there are a lot of average buildings going up too. And then there are some really awful ones.

We’ve picked four horrors and a fifth that represents the continuing needless destruction of interesting streetscapes and buildings. These examples come from new build and refurbishments in the last five years. It would have been too painful to extend the period backwards.

Perhaps it’s inevitable amidst the rash of new architecture in the central region that there are buildings which resemble particularly awful rashes on the face of the city. We will regret these mistakes at our leisure. Architecture is a discipline different from others. In its more rarified reaches it claims to be art, but we are never forced to walk into an art gallery. Bad architecture squats in our sightlines on our way to work, on a night out, on a walk around the city, like an ugly goblin from a nightmare. It can be unavoidable.

The first four horrors below imagine the conversation between developer and architects before construction. The building for the award of Outstanding Contribution to Wanton Demolition has a more straightforward description.

Developer brief from NQ Developments Ltd: ‘Make it mainly white and grey panels, maybe a bit of wrong-coloured brick so that it matches a tidsy bit the heroic red brick mills of Ancoats and the equally lovely Halle St Peter’s. We want one, two, three bedroom apartments across nine floors and please don’t give any articulation to the walls or fenestration. Just make it look cheap please because honestly we can get away with murder here and make a quick buck the pair of us.’

Architect response from Leach Rhodes Walker: ‘Given we have so much experience in Manchester we should really know better, but what the hell, this seems like a piece of piss. We have to think about the commission and not about mucking up the potentially incredible extension to Manchester that is Ancoats. So yep, you can have an offensive bland building that is the wrong colour and in the wrong place with the wrong massing and when we use brick we’ll make sure it’s the wrong shade. We guarantee the white render will stain beautifully in wet weather so it’s a good job we get a lot of rain. I’m sure somebody will pay to occupy the flats even though they look so shit. We’ll even do a horror element with hideous panels and measly black windows.’ 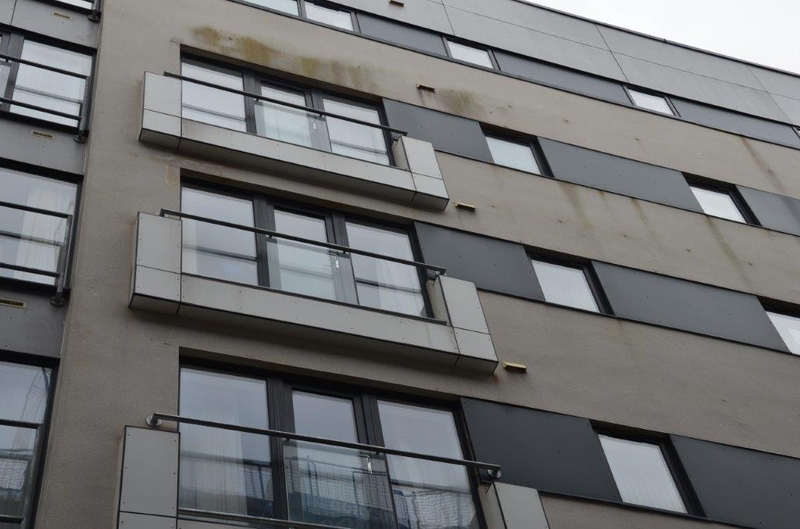 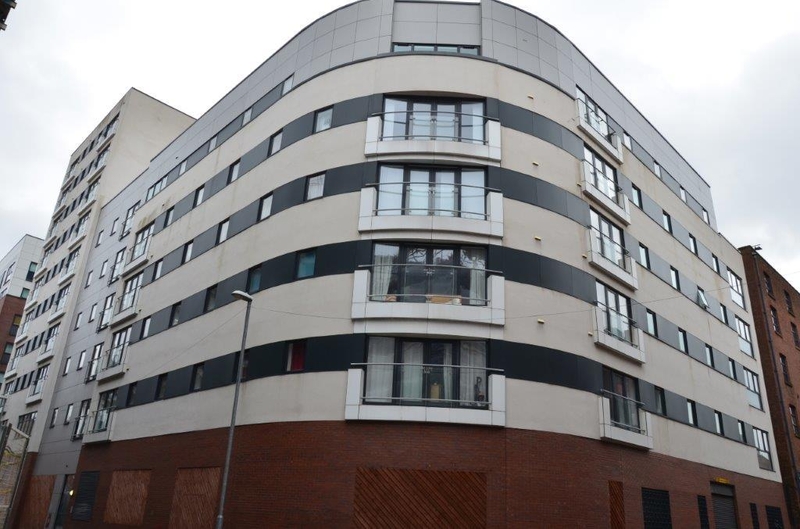 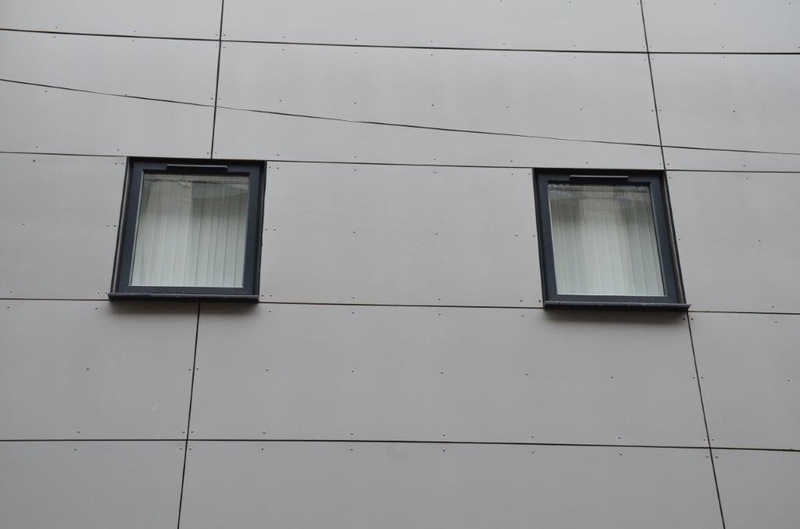 Developer brief from Rowlinson’s Construction: ‘We want something very bland for 164 flats, designed first in a shiny white to con people then we want to change things so they look even worse. We don’t want any use of imagination. Those bastards at Manchester Confidential have described our work as ‘can’t-be-arsed’ architecture and for once we agree with them. We want this to be an insult to its location between the Bridgewater Canal and Manchester Ship Canal and right alongside the busiest Metrolink line.’

Architect response from Nicol Thomas: ‘We can do a lot better than that, we can change the design to cheap orange brick panels, battle-ship grey balconies and a really disgusting cardboard coloured material we don’t even know the name of, which will stain badly in rain and look so cheap people will truly believe that in this significant landmark location Rowlinson Construction simply cannot be arsed and have no pride in what they deliver. And shush, let’s keep our names quiet shall we, if possible.’ 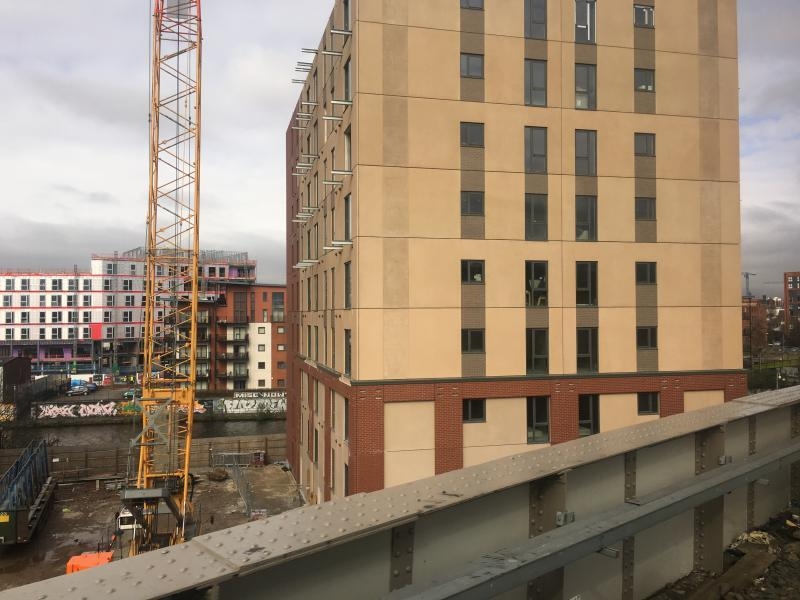 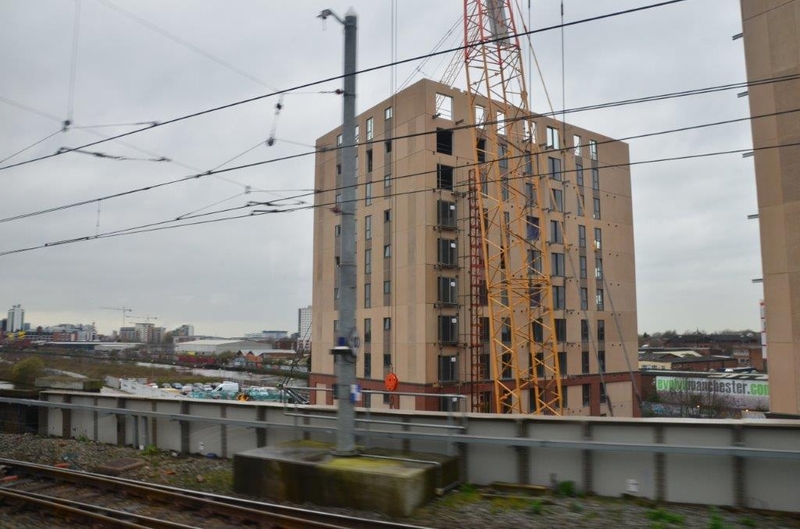 Developer brief from ECF: ‘As this is a gateway into Salford from Quay Street in Manchester we need something to really announce the city, something that stands out like a pile of recently shovelled horse manure. What matters is attracting a really topnotch hotel chain and if we can’t get them then the Premier Inn will move into anywhere. Hey, and we’ve got some public money to tip your way as well.’

Architect response from RHWL: ‘This is great, we can really show how we’ve progressed since we designed the Bridgewater Hall in Manchester back in the nineties. Yes we’ve gone backwards and we guarantee that no topnotch hotel will be seen dead in our drab, dreary and dark box-thingy. The Premier Inn will love it. We’ll use some stone aggregate that will mimic the underlying red/pink sandstone of Manchester and Salford but we’ll make sure it’s too dark and matt to match and then we’ll cap it all with dark grey Staffordshire brick to depress people even more. We’ll fox everyone by saying some shit such as, ‘We wanted to create a landmark for the area that would draw on Salford’s heritage and existing buildings in a contemporary way’. Ha, ha, funny eh? We’re aiming to win an award for ‘The Most Offensively Inoffensive Building In The NW’. So what if we’re adjacent to James Gascoigne Lynde’s marvelous lattice bridge, not all of us can take the time to care about design. If there’s public money involved, how does a bill of £12.5m sound?’

Developer brief: ‘There’s this old office block on Talbot Road close to Lancashire Cricket Club and Trafford Town Hall. It’s some 1970s or 1980s stuff, who cares. It was the National Deposit House, whatever that was, and we want to change it to one bedroom flats called Wisden, after those books published as cricket guides. Please spend as little as possible updating and refurbing it but try to make it offensive.’

Architect response: ‘Easy. No problem. And like you we want to be as secretive as possible so it’s difficult to work out who we actually are and who you are. Anyway, we’re thinking about covering most of the exterior with light grey, dark grey, pale blue and purple panels to produce a chequerboard that will undoubtedly attract attention and nausea. The result will be similar to the old Labour Exchange building we’ve refurbished on Trafford Road in Salford. Horrific. Oh and we’ll even leave the old name of the building half fallen off on the service wall.

Turns out the architects are Ansell & Bailey LLP - thanks to the reader who pointed this out. 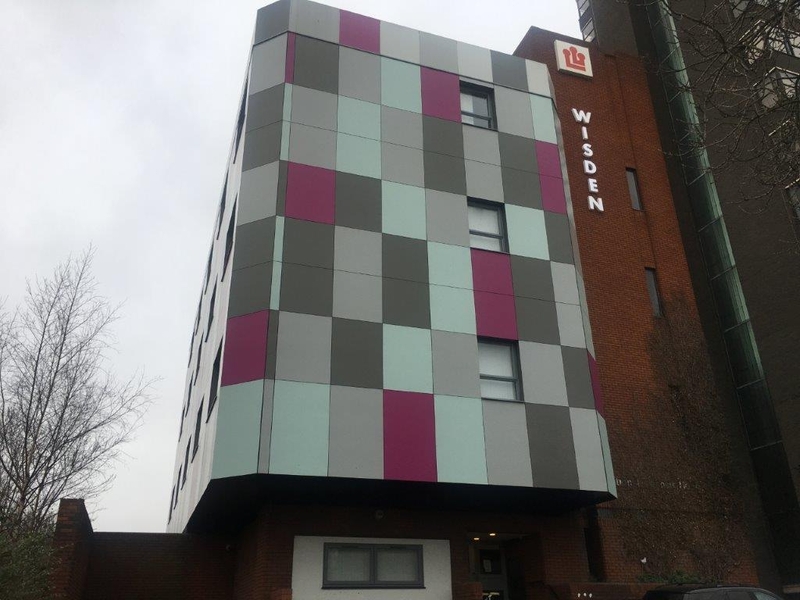 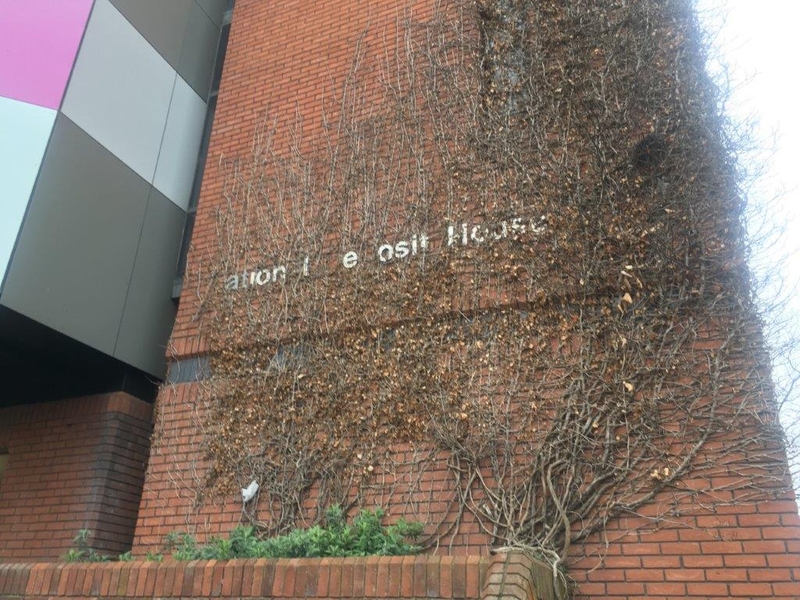 The monolithic simplicity of the Hodder + Partners’ Motel One is striking. Its sheer scale and the verticals of its windows don’t make this one of the worst new buildings in the city by any stretch of the imagination but it represents an attitude that is destructive.

There was no need to build this structure here. The site was occupied by an engaging array of older workshops and warehouses that included the site of the famous Twisted Wheel nightclub, the birthplace of Northern Soul, and at the time of demolition still in operation once a month as the Twisted Wheel. On other nights the club was called Legends and catered for a different audience.

Motel One is a Munich based group and what Confidential said at the time is still apt for 2017, indeed more apt given the continuing debate over demolitions. ‘Would Munich the home of Motel One rush to demolish an interesting collection of nineteenth century commercial and industrial buildings in its city centre especially when they contain one with such ground-breaking popular culture credentials? If that question were to be answered in the negative then why should Manchester?’

To add insult to injury Motel One has covered the foyer and bar with cheesy Manchester motifs and a wall of Britpop references, ignoring the remarkable story of the Twisted Wheel, while placing a plaque on their external wall to commemorate the fact they’d demolished the club. That was one weird act of doublethink. A bit like naming the Neville Consortium’s St Michael’s after the patron saint of the police when they plan to demolish the former police station on the site to allow St Michael’s towers rise. 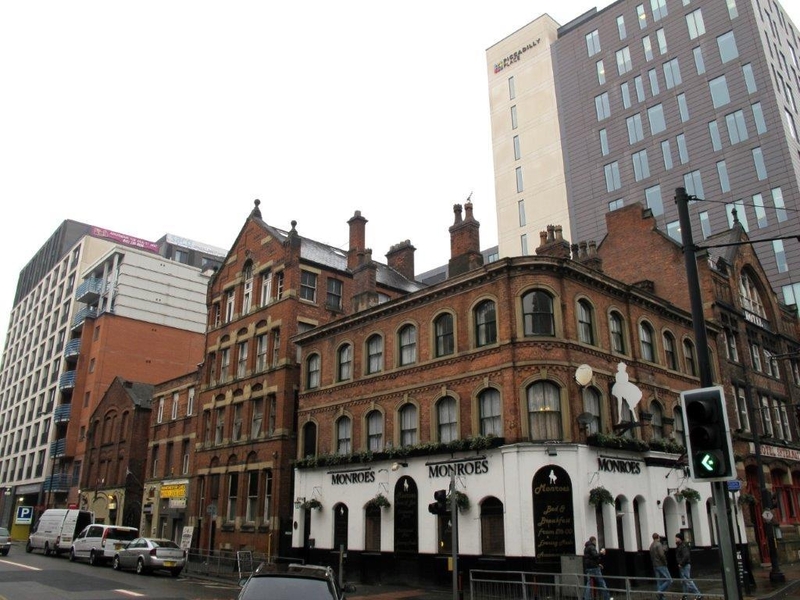 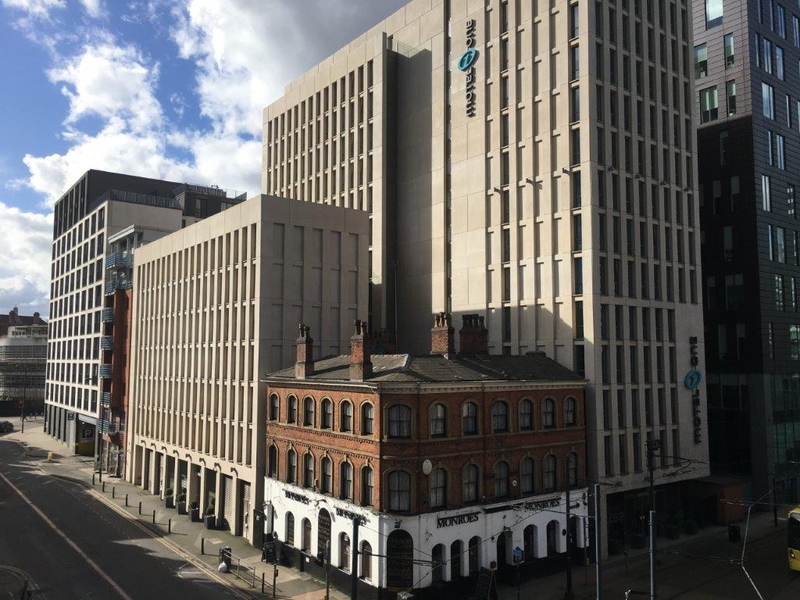