Or rather famine then feast.

Isolated behind the Pennine hills from the main north-south communication routes, Manchester and Lancashire took a long time to jump aboard the roller-coaster of architectural fashion. Aside from some bits and pieces of Roman and Prehistoric ruins, and vestigial Norman traces, such as a repositioned arch in Middleton parish church, there’s little to show until well after the Norman Conquest.

In all of these buildings, especially Manchester's earliest and best early building, Chetham's, it’s hard to discern the ego of an architect. In fact we almost never know the architect’s name – architects were at the time craftsmen, not part of a rarefied profession. The result is that these are almost organic structures that in terms of atmosphere and charm have never been beaten.

This starts to change in the 1300s and 1400s. There’s a lot of work remaining from the Perpendicular style of English Gothic architecture – that national passion for the vertical line. This can be traced in numbers of churches but most importantly in Manchester Cathedral which also provides some of the best late-medieval wood-work in the country. Ashton Parish Church, St Michaels, to the east meanwhile has a sequence of stained glass based on the life of St Helen’s from the same period which is also nationally important. 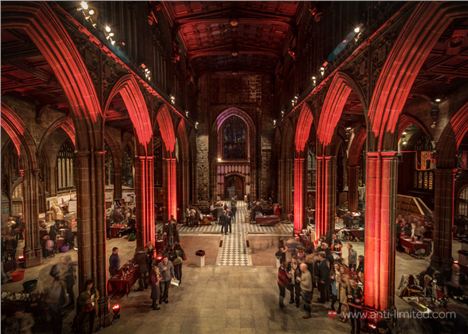 Inside the Cathedral at a recent event

Given that churches were often altered perhaps the most evocative buildings from this period are the manor houses, places such as Ordsall Hall, Bramall Hall, Wythenshawe Hall, Baguley Hall, with their timber frames. The magical great hall of Ordsall with its long vertical spere trusses is definitely worth seeking out. Several rare timber churches remain in the region too such as St Lawrence in Denton. 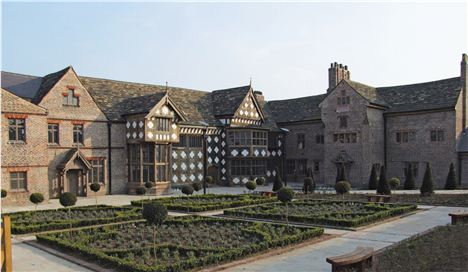 Secular stone buildings start to appear at this time such as Chetham’s (stone – first half of the 1400s) in the city centre, built originally as a college of priests, but later adapted as a school and library.

Brick, which will become a dominant building material, makes a grand entry on to the scene with Hough End Hall (brick - 1596) in Chorlton. As prosperity in the region rose sturdy stone houses appear on the fringes of the region too particularly on the Pennines, such as Hey House (1616), Holcombe and Clegg Hall (possibly 1618), Milnrow. 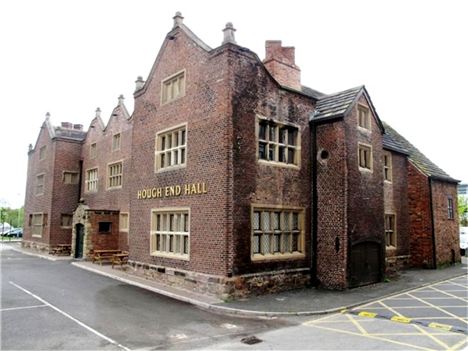 Thus far in the built history of Greater Manchester all of the work away from the churches had been unburdened by a style (in otherwords a particular regime of building such as Gothic or Classical). Hough End in its plan and Clegg Hall with dinky Classically inspired columns in the porch show this is starting to change - Hough End lies empty at the time of writing. Previously secular buildings were simply places built to fit the local climate in practical ways that also lent prestige to the owners. 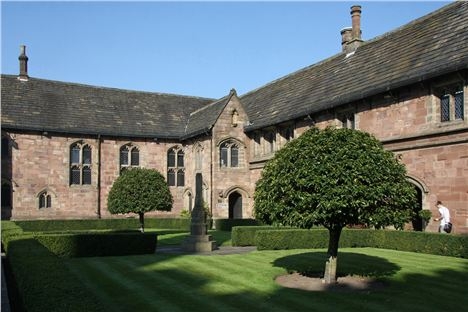 In all of these buildings, especially Manchester's earliest and best early building, Chetham's, it’s hard to discern the ego of an architect. In fact we almost never know the architect’s name – architects were at the time craftsmen, not part of a rarefied profession. The result is that these are almost organic structures that in terms of atmosphere and charm have never been beaten. 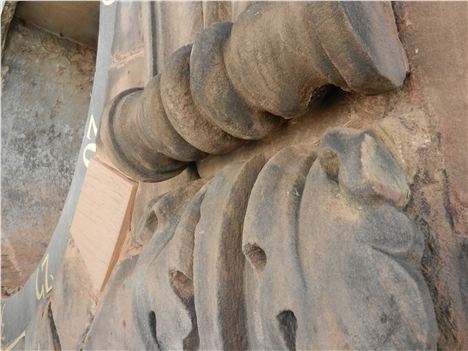 A absolute gem of the eighteenth century is Heaton Hall in Heaton Park (1772-8) by James Wyatt with masterful interiors by a variety of craftsmen. Disgracefully allowed to decline by the city council this looked to be on its way back to playing a prominent role in the cultural life of the city and region as a proper tourist attraction - something like Lyme, Tatton and Dunham Massey halls to the south of the city. Then calamity struck again, council budget cuts have led, at present, to its permanent closure apart from rare high days and holidays. It's very wrong for such a nationallly, important building to be denied to the public.

The picture at the top of this page shows the lovely Cupola Room from designer Biagio Rebecca in Heaton Hall. 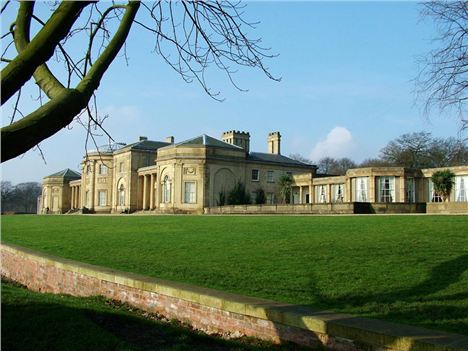 Georgian terraces have rarely survived although St John Street in the city centre is decent example. There are more examples of one-off Georgian town houses such as Cobden House (1770) on Quay Street, a very large residence with good surviving interiors – now barristers’ chambers.

Numbers of pre-industrial system houses with workshops illuminated by long rows of windows on the top floor remain in the area – the earliest surviving buildings of the humble to survive. The Pennine fringes of Greater Manchester make an especially happy hunting ground for such buildings particularly the villages of Saddleworth. But there are traces of them buildings in the city centre too. The Grey Horse pub on Portland Street is typical, with the distinctive second floor windows maximising light for the intricate labour of weaving or spinning. 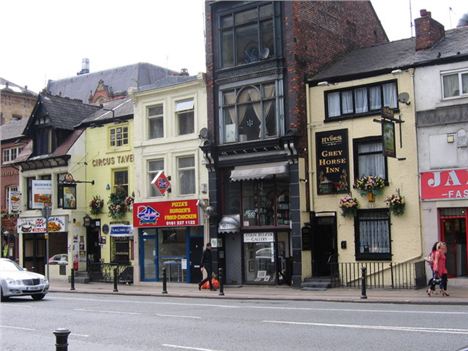 Grey Horse pub with its weaver's windows on Portland Street

These modest buildings, represent the essence of the city more than any remaining Manchester mansions from before 1800.

They show that a change was being visited upon the region. Manchester's physical appearance, even the very landscape was about to be completely remodelled. The mechanised industrialised world was knocking hard on the door.

For the second part of this architectural history click here.

This article was originally published in 2009, it has been updated and republished. Part two of Manchester's architectural story will be re-published next week.