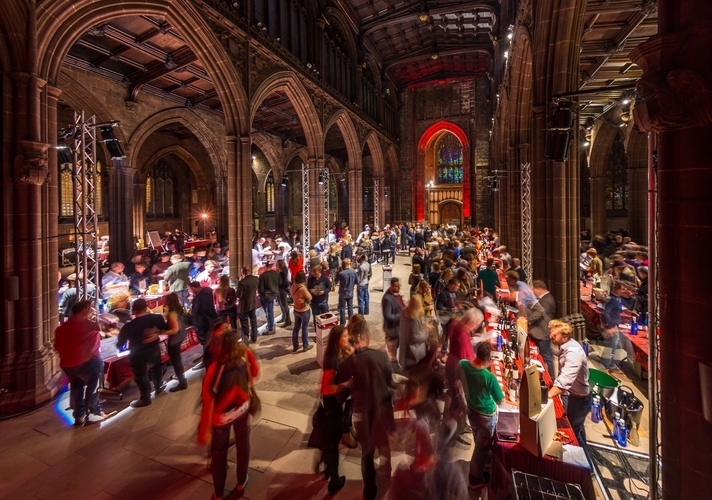 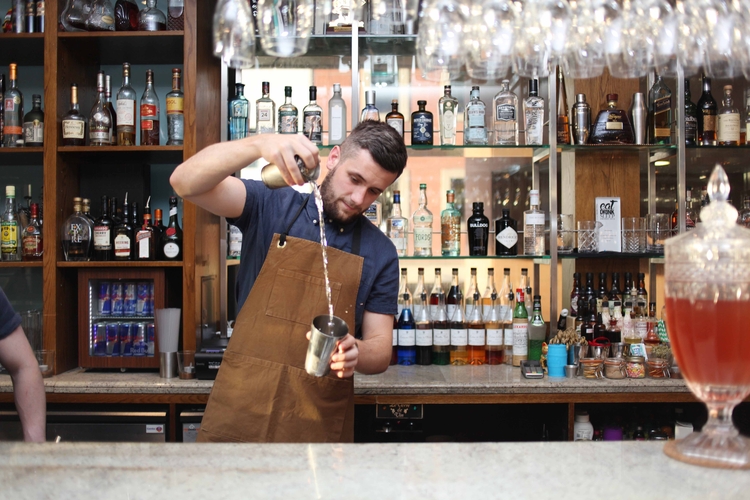 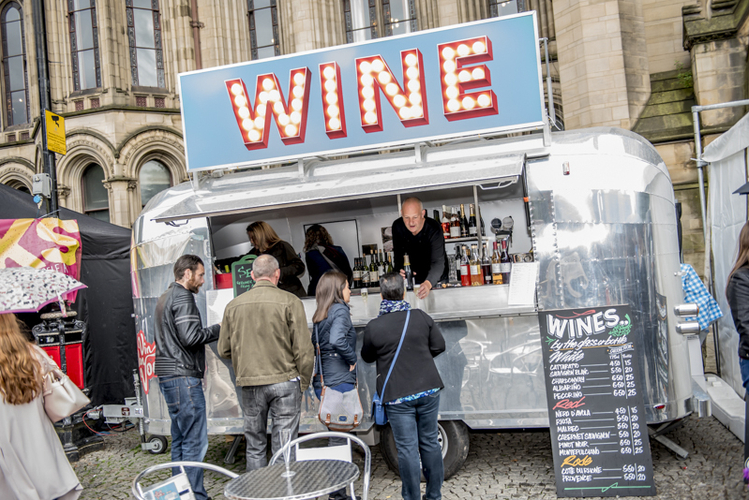 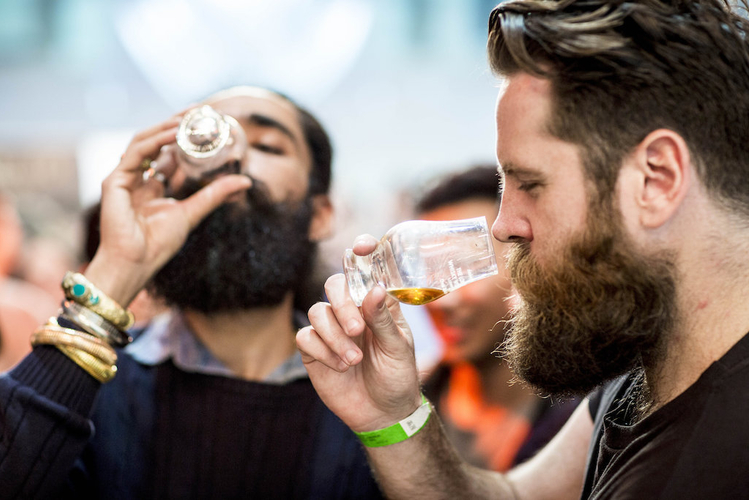 From Oktoberfest to Big Indie Wine and even a Pizza & Prosecco festival - celebrate booze in its many, glorious forms

Ditch those plans for pre-festive sobriety, whatever your poison, there’s likely to be a festival devoted to it. Gatherings focussed on wine, craft beer and cider are quite common nowadays, but all sorts of drink brands are now jumping on the bandwagon.

Some of these events offer better value than others and some are a unique opportunity to meet like-minded aficionados or industry experts, as well as getting merry on your favourite tipple.

Where: Victoria Warehouse in Manchester

How much? £13.50. Tickets include a gin bag containing a gin bible, a gin glass and a gin sampling card. The bars operate on a token system and do not take cash. Tokens are £5 and can be exchanged for a single measure of gin, garnish and a Franklin & Sons mixer.

What to expect: Trade stands offering 120 different gins from around the world as well as a series of talks and presentations from some of the finest gin producers. Also gin based cocktail demos, a make your own gin distillery workshop, live entertainment and an ‘indoor garden party atmosphere.’ 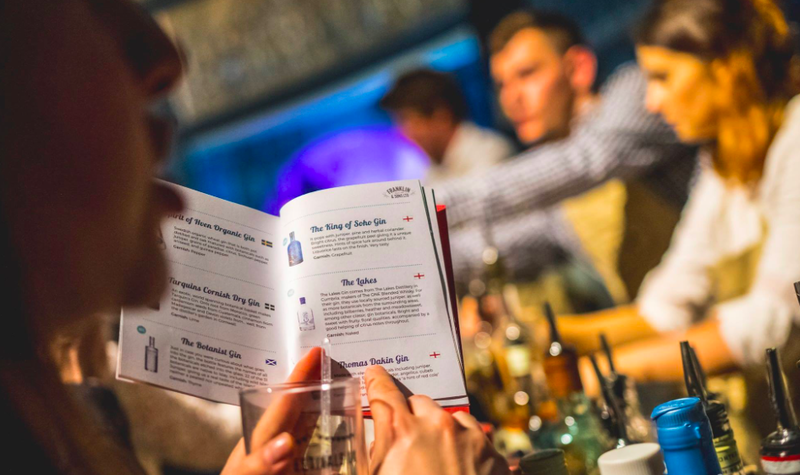 How much? £16 which includes a shot of tequila and a tequila bible.

What to expect: Over 30 different Tequilas listed from A-Z in a true celebration of the agave craft. The event will include live music, mariachi and DJ’s, Mexican themed processions and piñatas, a Tequila cocktail bar and Mexican food such as Tacos, Fajitas to help line your stomach. 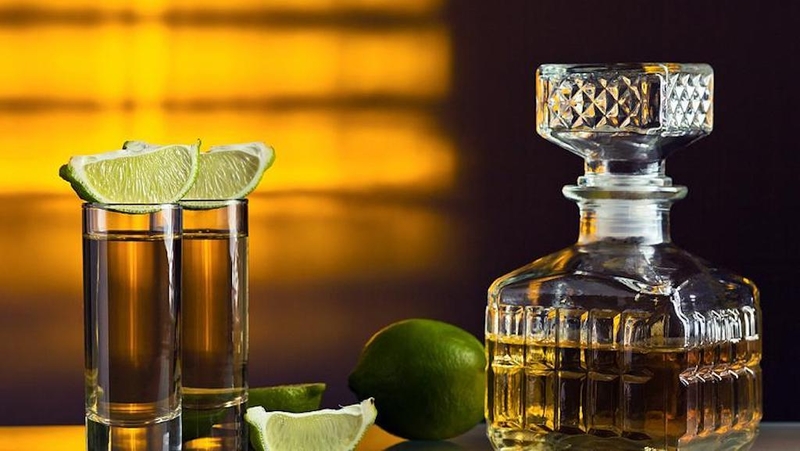 What to expect: This two-day whisky extravaganza offers an opportunity to taste the best whiskies from all over the world. Run by whisky evangelist Eddie Ludlow and his team, the event covers hands-on blending workshops, whisky cocktail demos,  a whisky crèche for ‘whisky newbies’ run by Matt Chambers of ‘Whisky For Everyone’, a whisky lounge showcasing some of Eddie’s favourite drams, live glass-blowing by Angel Share Glassmakers as well as a chance to sample some especially rare and exclusive whiskies with an expanded ‘under the counter drams’ selection. 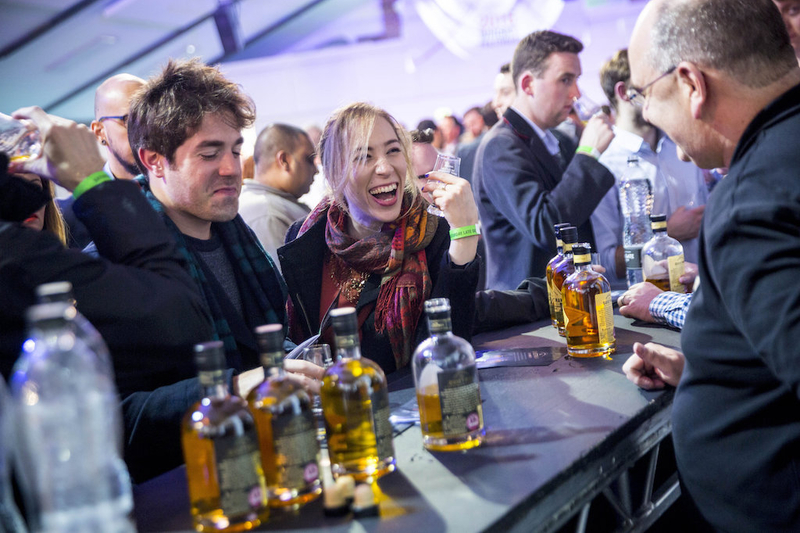 How much? You need to purchase a MLC wristband online for £10 (trade and student concessions available) and then collect it from a designated cocktail hub in the city centre. Your wristband will get you access to £5 cocktails at participating bars and gain access to all of the events throughout the week.

What to expect: This week-long festival brings together Manchester's finest bars and the world’s best spirit brands for a jam-packed a week of events, parties, master classes and tastings. Each venue around the entire city centre will team up with a booze brand to create a one-off menu of £5 cocktails available for festival wristband holders.

What to expect: a one-day celebration (as part of a UK tour) based around the ultimate Italian food and drink pairing; fizz and pizza. There’ll be twenty different types of Prosecco available as well as sparkling Prosecco cocktail, live music and the opportunity to join in with sing-a-long pop classics. There will be food from an array of local pizza traders and pop-ups including Catch Doughboys, Ffwrnes and The Original Goodfillas. Soft blankets will be provided for maximum comfort as well as heaters. 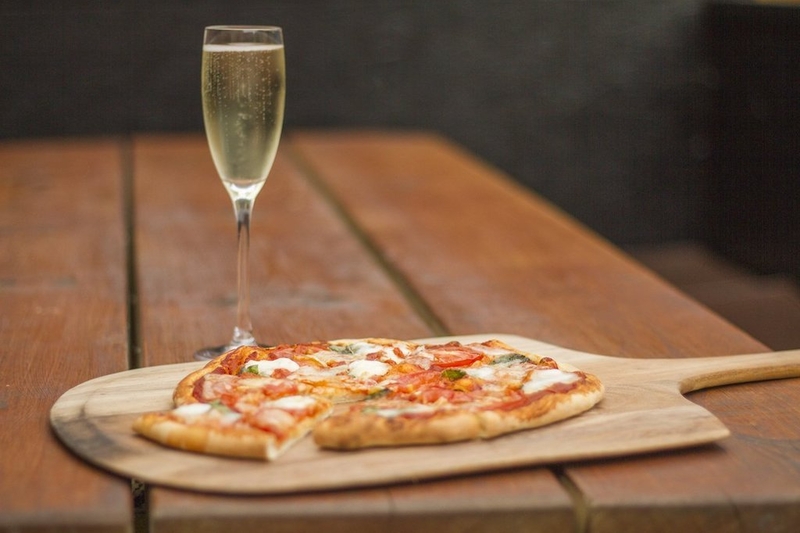 How much? £8.50, £13.50 or £50 for a full fat ticket allowing entry to all sessions. Ticket includes entry to the session, an exclusive IMBC 17 glass and a programme

What to expect? Independent Manchester Beer Convention (Indy Man Beer Con/IMBC), now in its sixth year, is a world class showcase bringing together the most progressive, forward thinking breweries from across the UK, Europe and USA. The stunning surrounds of the Grade II listed Victoria Baths will be the venue for a multisensory, headlong, hop- forward beer extravaganza brought to you by the team behind Common, Port Street Beer House and The Beagle.

What to expect: Manchester Hall, a Grade II listed building which has recently been renovated to create a stunning and unique event space, will be hosting this year’s ‘Big Indie Wine Fest’ - one of the Manchester Food and Drink Festival’s most popular events.  It attracts some of the best independent wine merchants, bringing some exclusive wines from lesser known areas such as Croatia to independent boutique French wines. The event will also involve various master classes including a wine taster ran by the BBC’s Kate Goodman. 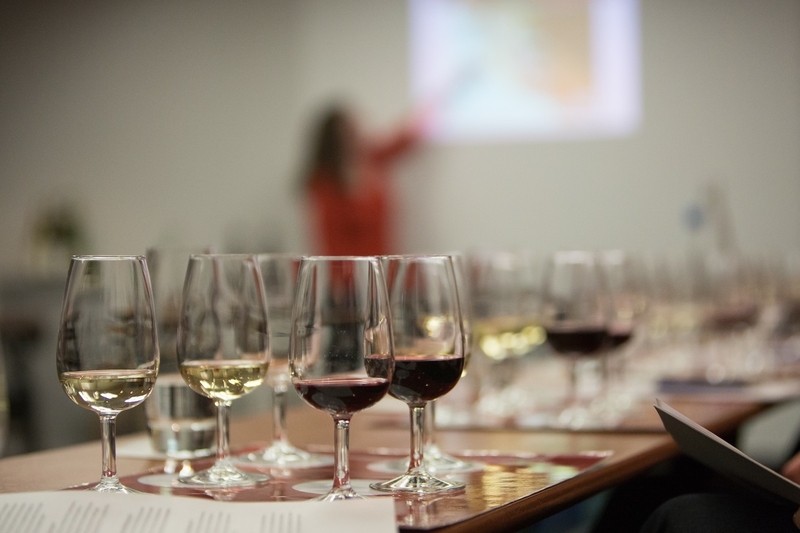 What to expect: Get your dirndl and lederhosen ready, Albert Square is to be transformed into a traditional Bavarian Oktoberfest with live traditional oompa music and an authentic German party atmosphere. Guests can drink and work on their biceps at the same time enjoying German beer from giant two-pint glasses in an open-air beer garden. A 2000-seater party tent will host German music and dancing while the square will be turned into a pop-up village featuring rows of wooden stalls selling traditional souvenirs as well as food such as twisted-knot bread, bratwurst, schnitzel and German style roast pork. 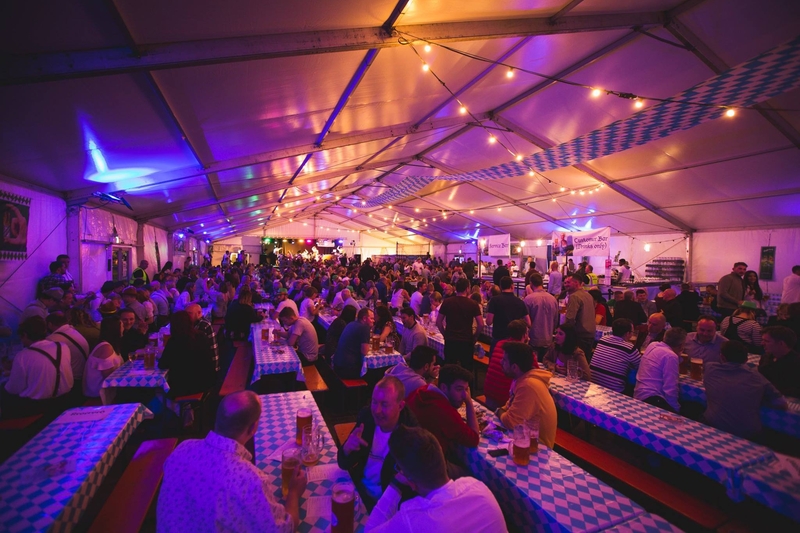 What to expect: A two day event involving three tasting sessions in the spectacular setting of Manchester Cathedral, situated next door to independent wine merchant Hanging Ditch, who have been hosting this popular annual event for ten years. A wide selection of stunning wines, beers and spirits will be available in various guises including tutored wine walks and master classes presented by the wine gang. 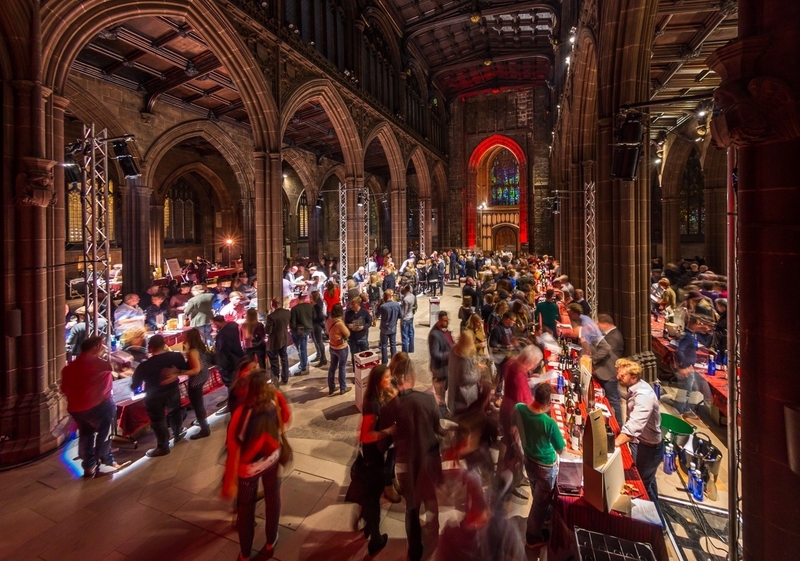 How much? £7 for Thursday sessions £10 for Friday and Saturday sessions

What to expect? The North’s biggest celebration of beer and cider attracts visitors from all over the world to Manchester, recently crowned cask beer capital of Britain. Organised by the Greater Manchester branches of the Campaign For Real Ale (CAMRA) the festival features over 750 different beers and ciders - some 62,000 pints were downed at last year’s festival by over 13,000 visitors. Some of the best local and national street food traders will also be on hand to provide ballast. As well as a CAMRA membership stand, there will be stalls selling beer memorabilia, books, a series of tutored tastings run by acknowledged beer experts and a selection of traditional pub games to enjoy. 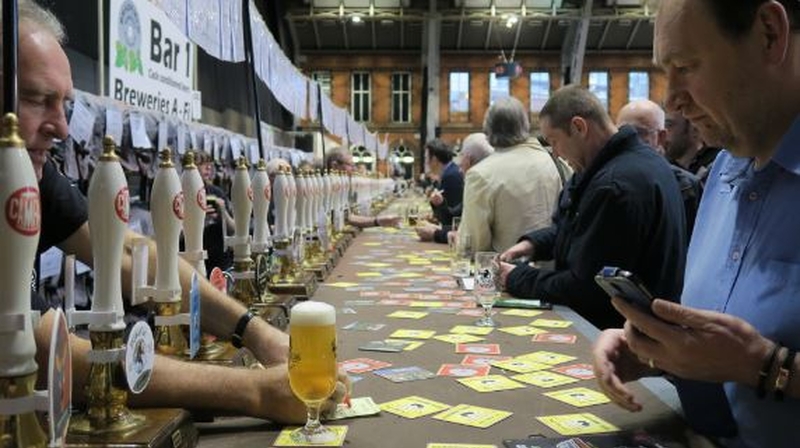 Is Sexy Fish no longer on the hook for Manchester?
● / Life