THIS is a fun press release but also a welcome one. It's a sign of the times that the River Irwell is re-stocking with fish and people want to exploit this both for recreation and commercially.

Brown trout, grayling, roach, perch, bream and pike can be caught in the waters

We've talked about the River Irwell before here, here and here.

All that follows is the press release:

Fly fishing for trout has the image of a very expensive country pursuit for business execs in the Scottish Highlands. But now the luxury Lowry Hotel is offering fly fishing trips and tuition in Greater Manchester’s rivers for its residents.

The five-star Lowry Hotel’s location on the Irwell, which divides Salford and Manchester, has inspired new General Manager Adrian Ellis to team up  with fishing champion John Tyzack, who is a member of the oldest angling club in the world, Salford Friendly Anglers which, founded in 1817 has just celebrated its 198th anniversary.

Only 30 years ago the Irwell was considered one of the most polluted rivers in Europe, Now, after a huge clean-up operation led by the Environment Agency, brown trout, grayling, roach, perch, bream and pike can be caught in the waters. The river also supports wildlife, including kingfishers and otters.

Says Mr Ellis: “The River Irwell is really making a comeback along with the rest of the area. It is such a marvellous asset and we want to celebrate its rejuvenation.”

He adds: “Our guests are increasingly coming from all four corners of the world and expect top-class packages. They can now enjoy superb fishing trips to go with the retail therapy, sports events and fine dining they can experience during their stay here.”

The fishing trips, for both beginners and experienced anglers, will be led by full-time professional fly fishing guide and instructor John Tyzack, of Heaton Moor. The former captain of the England Rivers fly fishing team has won the English National Rivers Championship an unprecedented six times and has represented England 28 times in international competition.

John holds the Advanced Single Handed qualification from AAPGAI (The Association of Advanced Professional Game Angling Instructors). He will provide all necessary fishing equipment and take residents out on the chosen river and return them to the hotel. Prices start at £300 for one person, excluding room.

Mr Tyzack says: “The waterways around Manchester are improving dramatically. The Irwell and many other local rivers now host a wide variety of fish and other wildlife. I’m really looking forward to showing Lowry Hotel guests the delightful spots you can fish in.”

Mike Duddy, Secretary of the SFA, said: “For the first time in almost 200 years the Irwell is now clean enough to support a good stock of fish. We welcome the Lowry Hotel’s package as it helps us to raise the profile of the Irwell as a leisure facility, and encourages more people to fish in it.”

But General Manager Mr Ellis dashes the romantic prospect of a happy angler bringing back the day’s catch for the chef to cook at its restaurant, the River Bar and Grill.

“While fish caught upriver at its source in Lancashire has trout which I believe may be safely eaten, fish caught in the stretches of water in the city should definitely not be eaten. We are extremely careful to know where our food comes from and certainly would not want to risk the health of guests.” 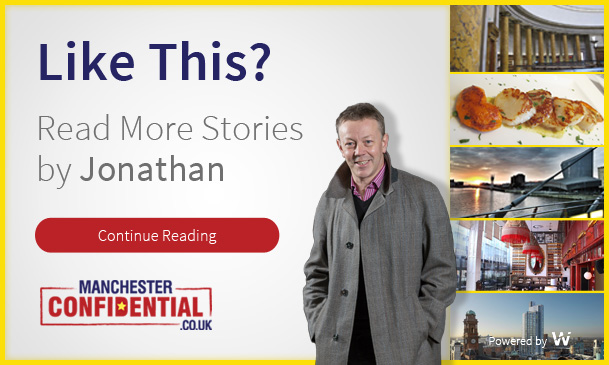