Light, drama and bridges: the Ordsall Chord public realm is a triumph

AS THE Ordsall Chord public realm nears completion it’s all beginning to look splendid, both in terms of the physical works and the less tangible effects, such as lighting.

The trick here was making the most of the assets which are significant but arranged in a complex manner on a tight sight. There’s the river, the 1830 Stephenson viaduct, the new bridge, a cattle ramp, the Water Street bridge and a new footbridge on the site of Prince’s Bridge that cruises over the River Irwell under the new Ordsall Chord viaduct.

The BDP architects-designed scheme delivers a series of interconnecting mini-squares leading through stepped areas, thus containing happy changes of level on both the Manchester and Salford sides of the river.

The paving used in the new work is excellent, referring to tradition yet contemporary. Better again is the clever use of carved script in the bold sandstone walls giving the dates of key moments on the site. The typeface chosen is handsome, a proper Roman script, one which those late Georgians who built the Liverpool to Manchester Railway in 1830 would have approved. The graphic use of typeface on buildings always enlivens a façade.

The revelation of the Grade I-listed Stephenson Viaduct has been beautifully realised as well. This viaduct, a landmark in railway history, brings together a charming piebald scheme of stonework. Apparently, the work had to be done, time was of the essence, so stone was sourced from wherever it was available - there was to be no hanging about. The contribution of Bernadette Bone, the historical consultant, should be mentioned here in underpinning the design on the site.

As a BDP report states: ‘The historic significance resulted in heritage-listed protection for nearly all of the bridges and viaducts. This significance was not reflected in the condition of the structures, many of which had been neglected for many years. The drab and hidden structures combined with poor lighting and no access for wheelchairs to make this a hostile neighbourhood to pedestrians and cyclists. The Ordsall Chord project uses landscape and lighting to reverse this situation and create an active urban neighbourhood with the railway structures at their heart.’

As mentioned in the passage above, lighting is key.

Thus, and with regard again to the star of the show, the Stephenson viaduct: ‘To enhance the public realm, Stephenson’s viaduct has been exposed to view in a way that has not been possible for over a century; it has been restored to become the centrepiece of this new urban neighbourhood. To prevent the bridge losing prominence at night, a considerate lighting scheme was required. Due to the Grade I listing of the structure it is considered inappropriate to mount (fittings) onto the bridge itself; it is therefore washed with light from both the Manchester and Salford riverbanks to ensure that the bridge remains part of the scene at night.’

As the pictures show here, the drama that can be provided with a considerate lighting scheme is immense. Along terrace walls lights gently reveal detail as they do along the footbridge. A clever notion was to mark where the columns of the original bridge over Water Street were located through spotlights.

Given the fact The Factory, the £110 million theatre and arts venue, will soon be built on a site adjacent to this public realm, it might be a while before general access is available. Yet it’s comforting to know that real, well-funded effort has been brought to bear on a globally significant historic site. If Manchester and the region is to fully realise its tourist potential it would be good to think that other similarly significant sites may also receive such close attention. 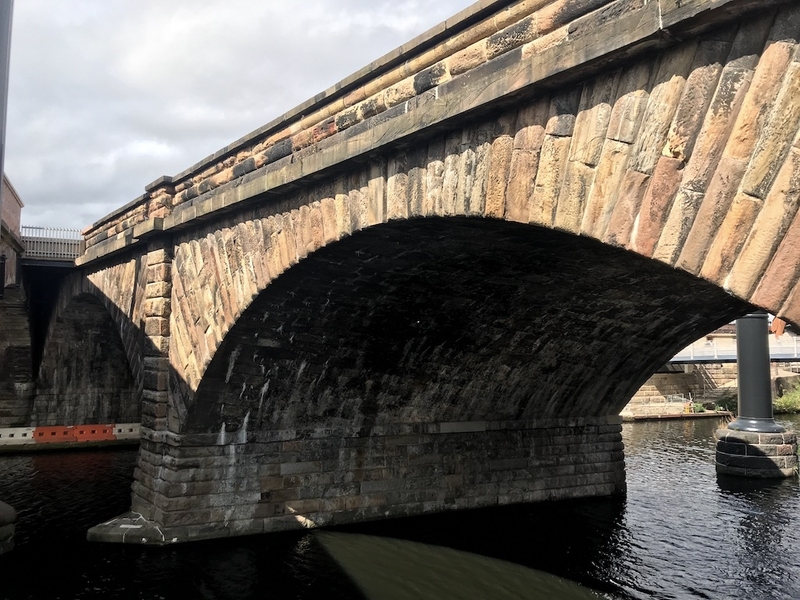 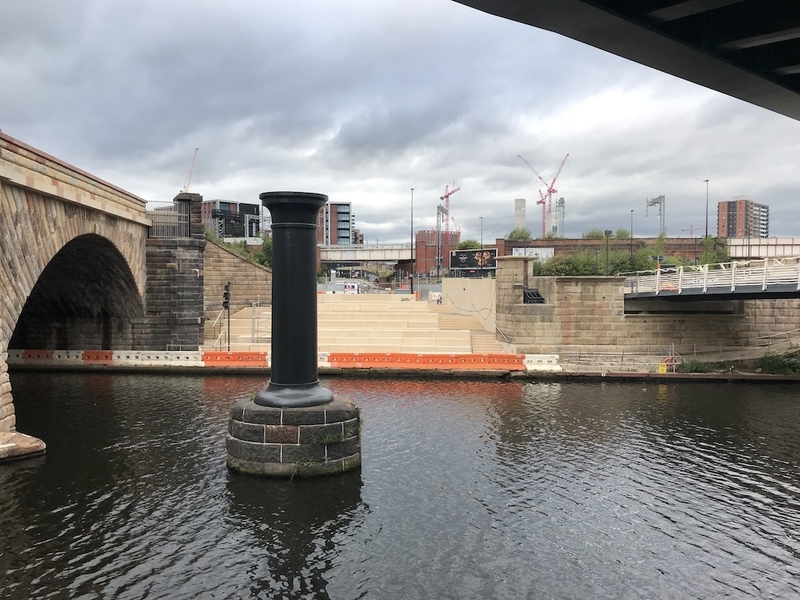 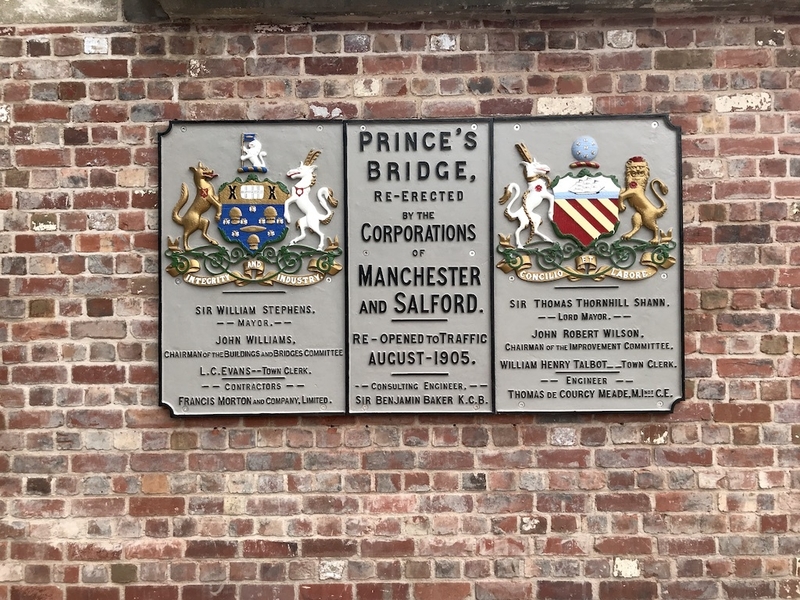 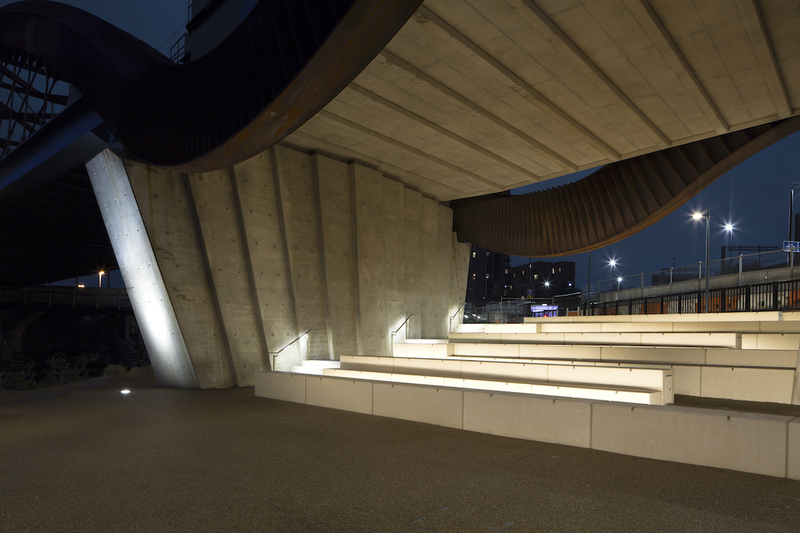 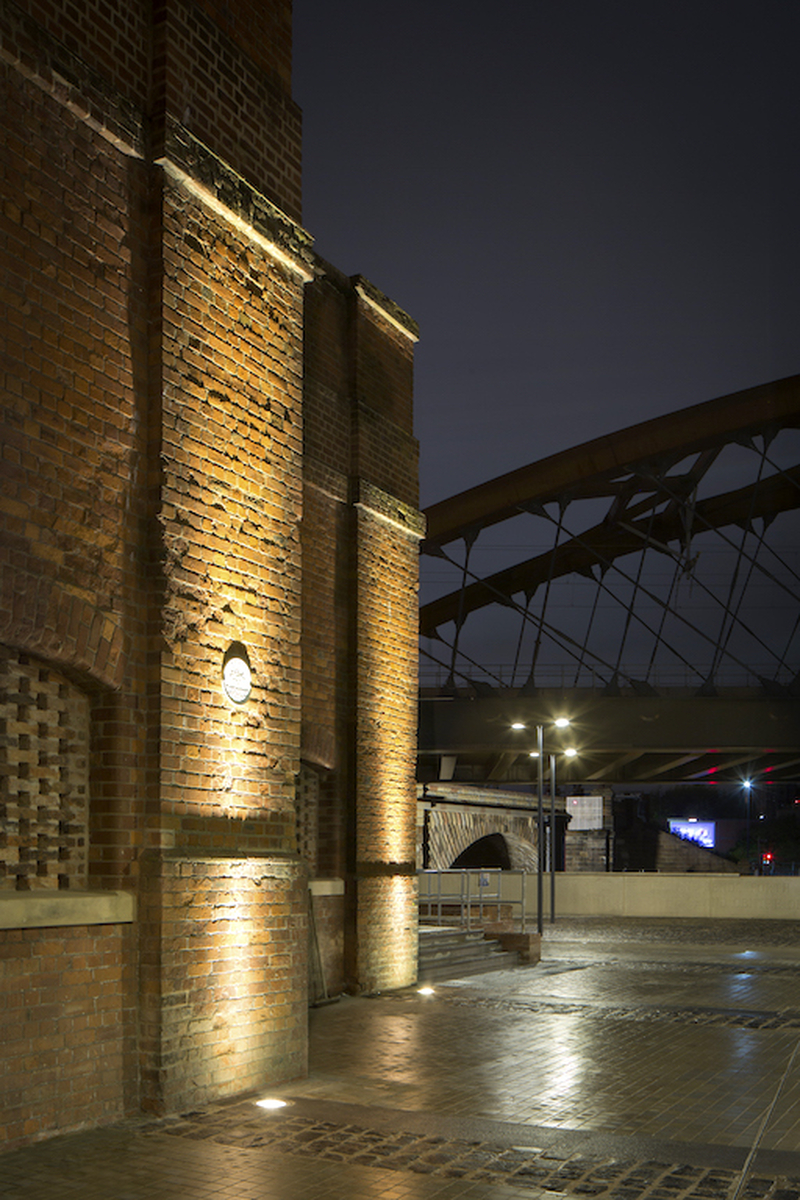 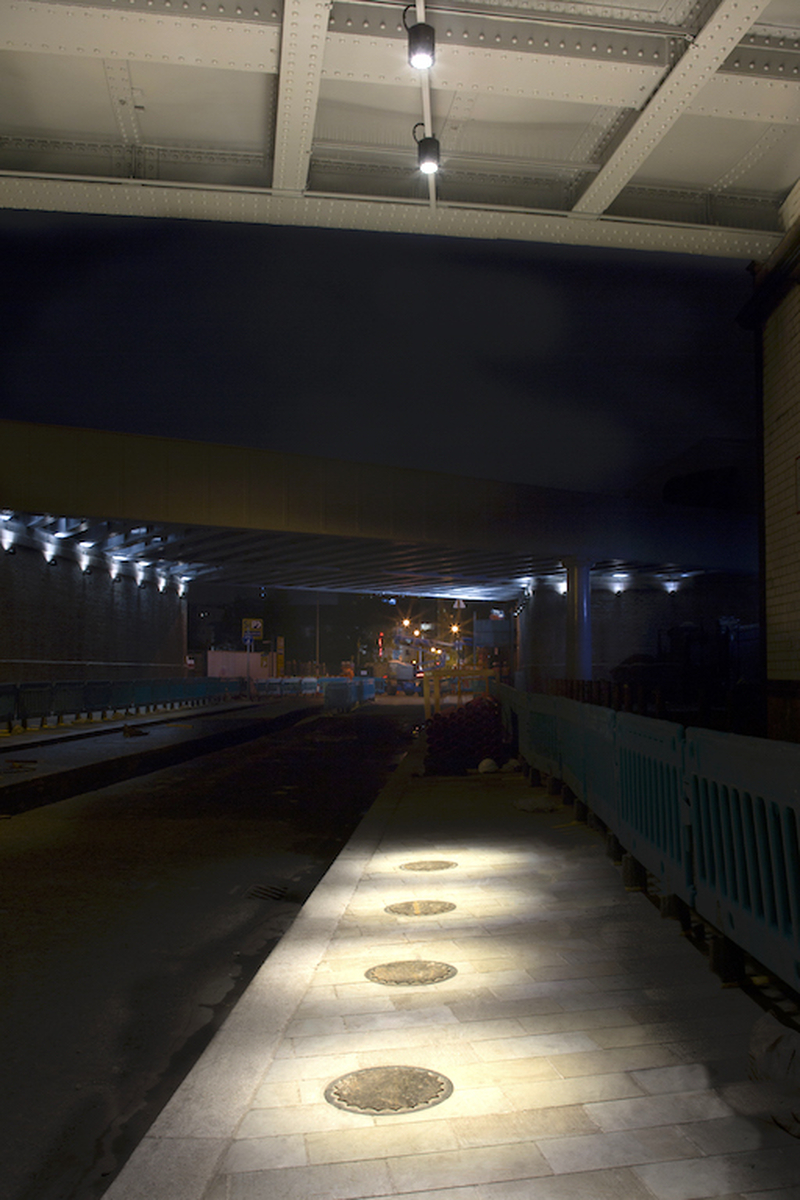 Castlefield Viaduct: What to expect from landmark green space
What you say
Read Next
● / News & Comment