Life Behind Bars: Phillip Aldridge, Dusk Til Pawn, "I made a pork pie cocktail for my nan"

Getting to know the personalities behind Manchester's rampant bar scene

LIKE a lot of bartenders, Phillip Aldridge saw his first bar job as a stop-gap after uni. And like many others, he's since made it his profession - moving from a few shifts at Koh Tao in Fallowfield, to a stint at one of Sydney's most notable bars, to his new job as general manager at Dusk Til Pawn on Stevenson Square.

Along the way he's competed in numerous cocktail competitions, invented a drink made out of pastry (really) and mixed so many Pawn-star Martinis, he could serve them in his sleep. We asked him to tell us about his bar life so far, and what he thinks you should drink when you drop into Dusk Til Pawn.

I started messing around with pickling vegetables, then one thing led to another

You cut your teeth at Sokyo, a high-end Japanese bar in Sydney. How was that?

PA: "It was pretty intense. The standards were extremely high and I didn’t have a lot of experience when I started. I had to learn quickly, which was a challenge but it's probably what got me addicted to bartending in the first place.

"I had to learn the specs for a 20+ drink cocktail menu when I didn’t even know what half the ingredients are, or how to pronounce them. That was on top of learning an entire a la carte sushi menu, all within the first month...

"It was a 360-degree open bar; people could sit and dine on both sides, meaning there was literally nowhere to hide and there were almost 300 spirits on the backbar including 75+ Japanese whiskies, the most expensive of which was going for about $740 a shot - some people used to order doubles!" 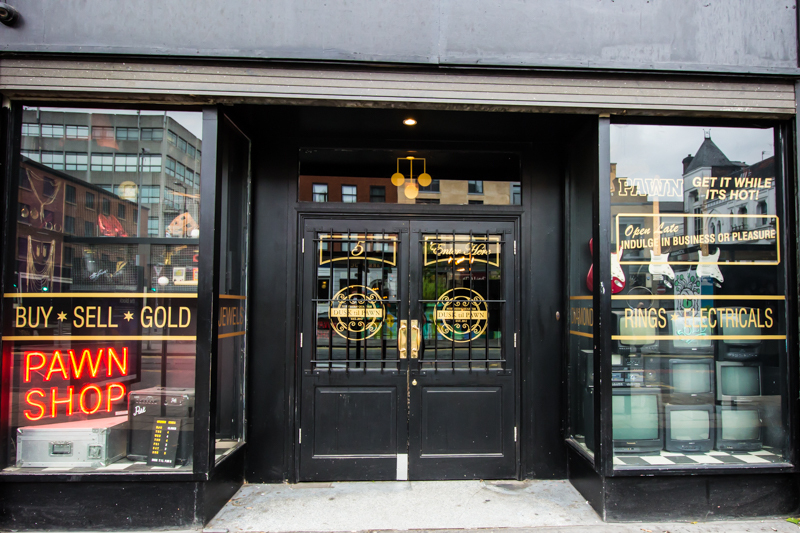 Did you notice any big changes in the Manchester bar scene when you came back from Australia?

PA: ""It had expanded a lot. When I came back, I started to get into the Northern Quarter scene, started socialising with various people, and it was a lot more intimate than Sydney was."It's grown exponentially over the three years since I’ve been back. It seems like there’s literally every kind of experience you could want now."

How did you get involved in Dusk Til Pawn?

PA: "It was actually one of my favourite spots to have a drink. I was already good friends with the previous general manager, Floz Glodde. I always rated him and thought he was a good dude who really knew his stuff when it came to booze.

"I was working in the suburbs getting some management experience under my belt and he asked if I wanted to come back to work in town as the assistant general manager at Dusk and I just couldn’t say no. He wanted to do bigger and better things with the cocktail menu and the bar in general. I owe him a lot for the opportunity, especially now I’ve got his job." 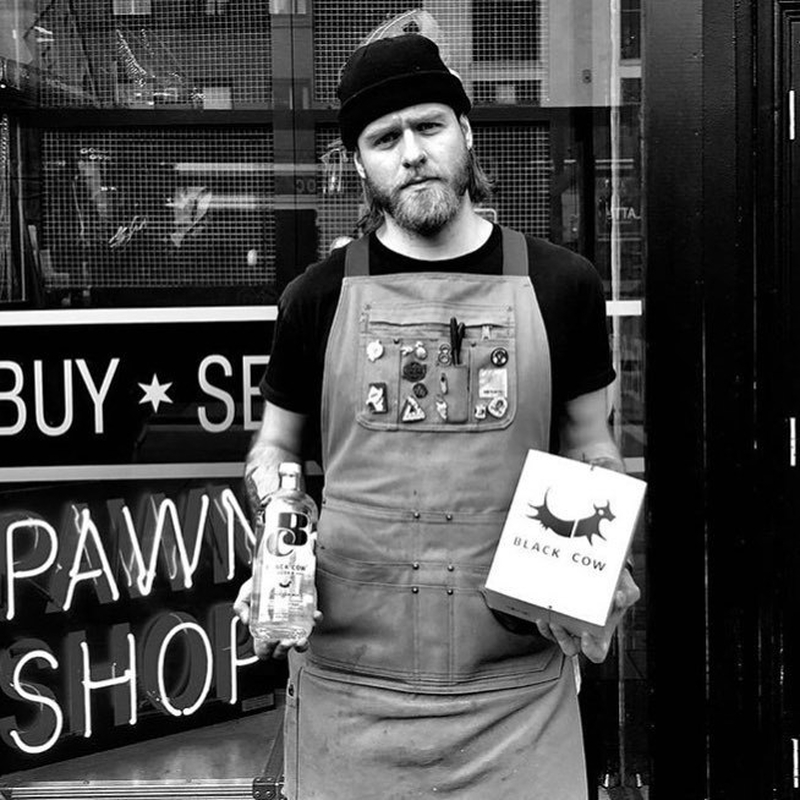 What’s the most underrated drink on your menu, and why?

PA: "Personally, I really like our drink 'Not Grape Soda'. It's a fairly modern drink that utilises a few more complicated techniques to make a really simple and approachable cocktail. We mix Pisco (a South American grape spirit) with a house-mixed grape cordial.

"We blend the cordial with tartaric and lactic acid (a mix called 'champagne acid') which gives it an amazing bite on the edge of your tongue to add to the sweetness of the grapes.

"The result is a great little drink that takes less than a minute to make but has great complexity with a more ‘unusual’ spirit."

Most popular drink on the menu?

"Putting popular and frequently seen drinks on menus is perhaps frowned upon within the industry where everyone is trying to be different, but if we’re going to do it, we want to be making the best one possible." 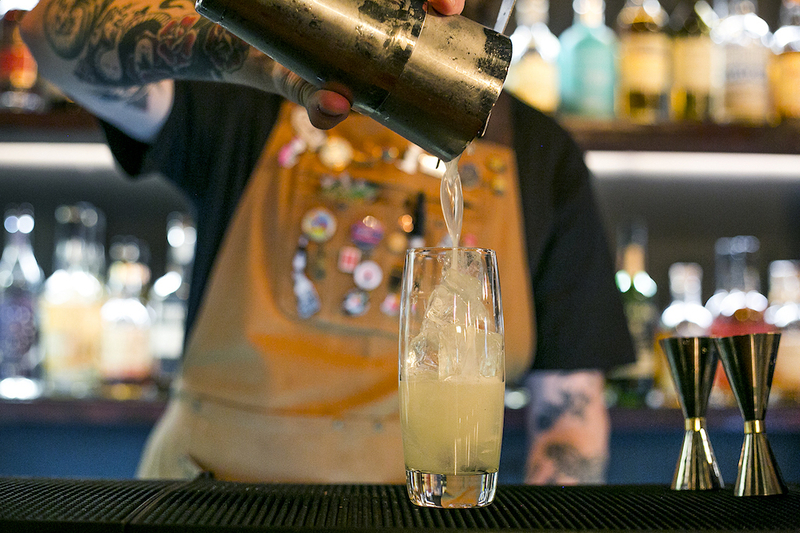 Your drink, 'Ploughman’s Punch', made the final of Black Cow vodka's international cocktail competition, The Gold Top Cup. What was the inspiration behind it?

PA: "The inspiration is a bit of a funny one; I knew I wanted to enter the competition because of the focus on sustainability, and I wanted to use my nan's pork pie recipe because it has great sentimental value to me.

"I just started thinking about how great it would be if you could get the savoury taste of hot water crust pastry into a drink without the drink itself becoming a bit of a gimmick. It all just snowballed from there really.

"I started messing around with pickling vegetables, then one thing led to another and I had this solid drink concept on my hands. Turns out the guys from Black Cow thought it was amazing and I wound up down in Dorset making the drink for the owners of the company."

Is it on the Dusk Til Pawn menu?

PA: "Not a chance. It takes a lot of prep; at least two days just to make two of the ingredients. It's very much a ‘competition drink'. It works really well with the food pairing that went with it, but I’m not sure how well it would do on the menu at Dusk." 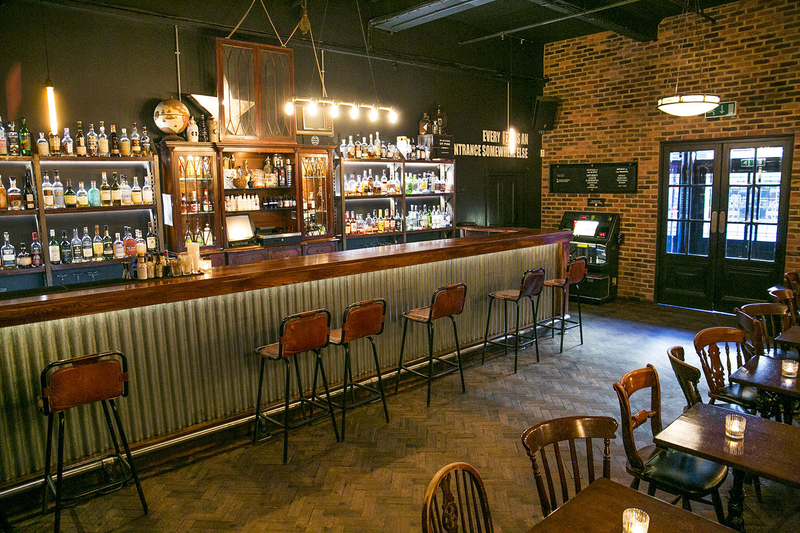 Have you competed in any other competitions?

PA: "Black Cow was the first time I'd been to a global final. I’ve competed and placed in a few competitions including Bobby’s, Gin Raw, and Sipsmith. I’m still relatively new to the competition scene. I’ve got a few entries planned for this year so hopefully I can win a few more."

What’s your favourite night to work at Dusk Til Pawn and why?

PA: ""I prefer the weeknights; we get a really good, mixed crowd in Dusk Til Pawn that includes regular customers, cocktail enthusiasts and industry. The weeknights are more casual and slower-paced so you can actually have a bit of quality interaction with your customers, and get to know them and their tastes.

"It makes recommending drinks a lot easier, and hopefully they come back. We have quite a few regulars who seem to think we’re pretty good at what we do, so hopefully that means we’re doing something right." 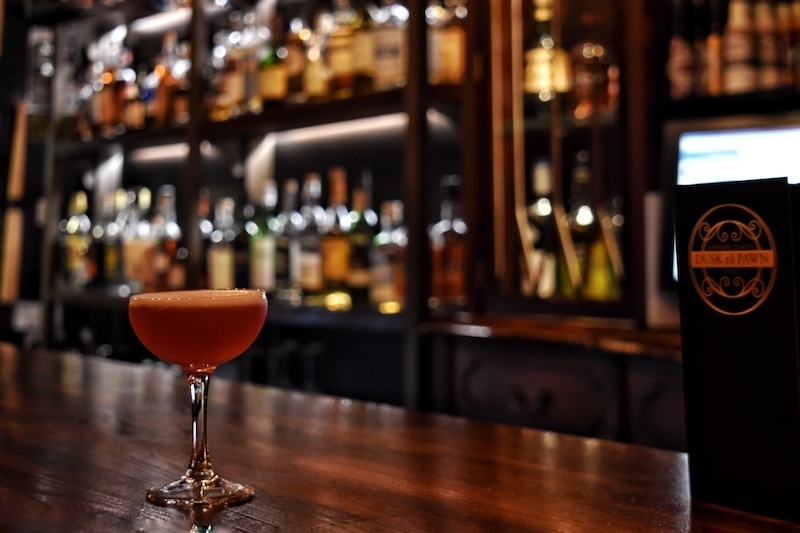 Where do you drink when you’ve got a night off?

P: "At home mostly! Depends whereabouts I am in Manchester but if I’m in the city centre you’ll probably find me at Cocktails, Beer, Ramen & Bun; it's still quite new to the scene but their blend of quality hospitality and great booze offerings has just hit the nail on the head. Also you can get ramen until 1.30am.

"I also like to spend some time out in the suburbs, just to get out of the city. I love Grape To Grain in Prestwich. In my opinion, it's the best wine shop in Manchester. And if I’m in Chorlton, I’ll definitely be having a prolonged stay in Henry C’s."