Just So Festival - an enchanting Cheshire weekender for families 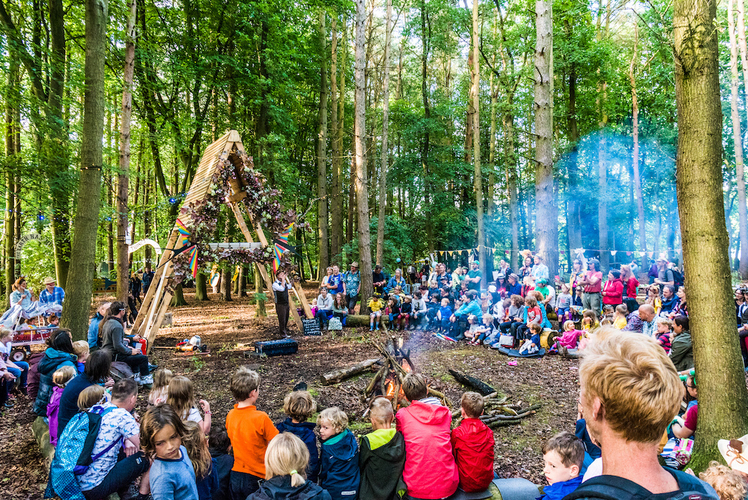 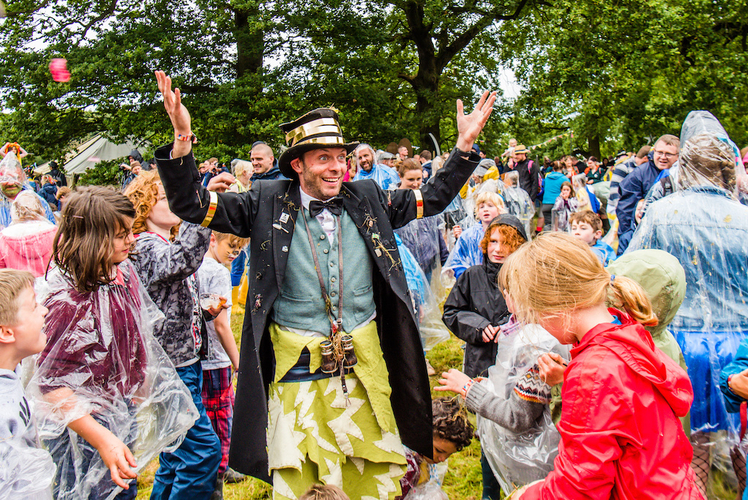 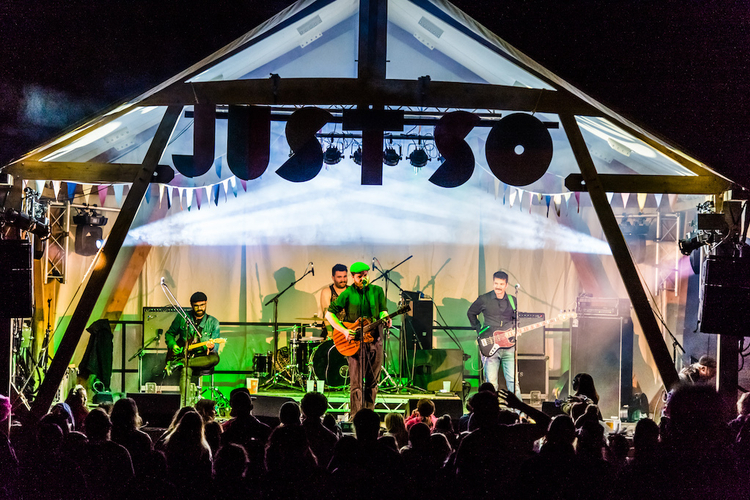 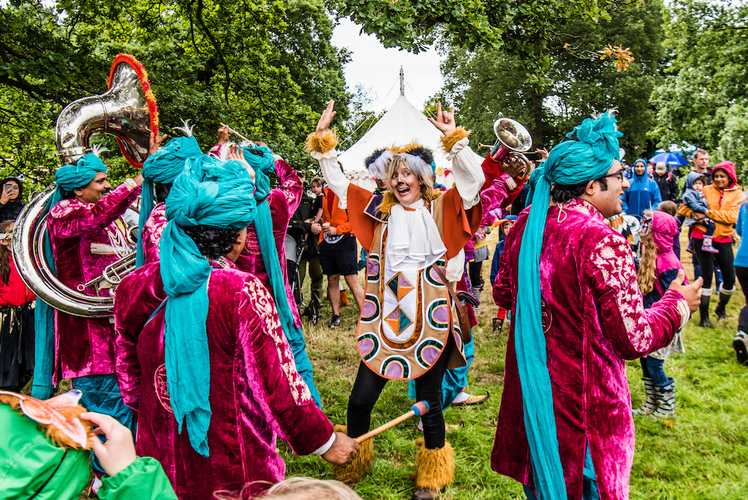 I recently spent my 34th birthday wandering through the woodland, stumbling over tree stumps and dodging twinkling lights while all manner of weird creatures loomed out of the shadows.

But, no, the visions around me weren’t a result of a celebratory night out taking a trippy turn, or – more likely – hallucination brought on by motherhood-induced sleep deprivation. I was, in fact, at Just So Festival, where enchantments greet you at every turn and you’re no one without full-on face-paint and a fancy dress animal tail.

This award-winning weekender, set in the grounds of Rode Hall, is brought to us by Wild Rumpus who are now well-known for creating the kind of immersive family events that form the basis for unforgettable memories (as well as providing many, many Instagram-able photo ops).  Just So is billed as "a magical experience where art, music and literature are embedded and entwined in a beautiful and wondrous landscape” and, every year, it attracts thousands looking to escape for a while – “everything’s aimed at the family playing, creating, eating, camping, singing and dancing together,” says Sarah Bird, co-founder of the festival.

it’s immediately apparent that, as ‘first festival’ experiences go, this one would be hard to beat

A couple of weeks ago, we were invited to go along and experience this year’s Just So Festival for ourselves. More power to those hardy enough to pitch up a living-room-sized tent for the duration of the weekend, but, with a tantrum prone-toddler who tends to freak out when his sleeping routine’s interrupted, we decided day tickets were the way to go. We rolled up on Saturday morning, wellied-up and not sure exactly what to expect.

The site was divided into thirteen different areas, each dedicated to different kinds of pursuits. Elliot’s eyes are out of stalks from the moment we arrive, and it’s immediately apparent that, as ‘first festival’ experiences go, this one would be hard to beat.

It’s impossible to mention all that we saw but here’s just a small sample: on the ‘Village Green’, a group of real life arcade games (where you could rope your loved ones into becoming the moles in your round of whack-a-mole) stood alongside a decked-out trampoline where a gymnast in tweed trousers and braces was expertly flinging himself around; in the ‘Spellbound Forest’ there was a table set for an extravagant party, willow weaving and interactive story sessions, and a man wearing a pig mask strumming a guitar; over at ‘The Observatory’, the older kids were making lanterns and listening to a lecture about space.

Just So Festival felt like a rare opportunity to get back in touch with nature... 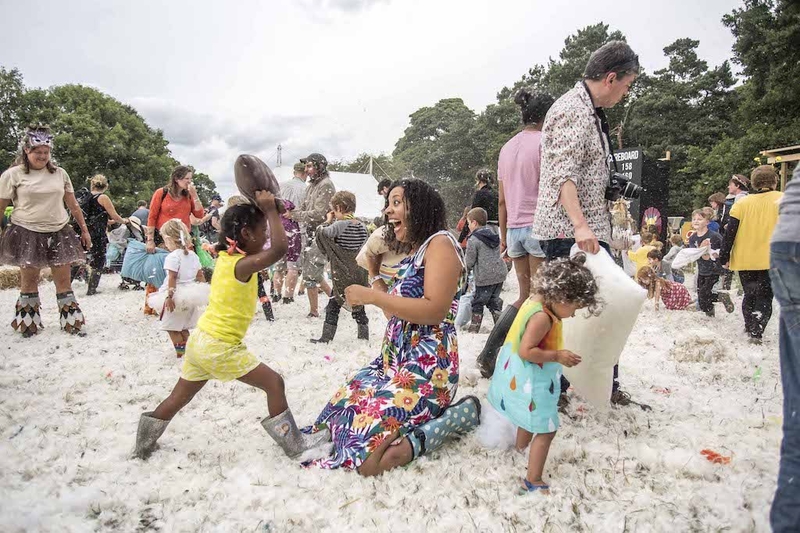 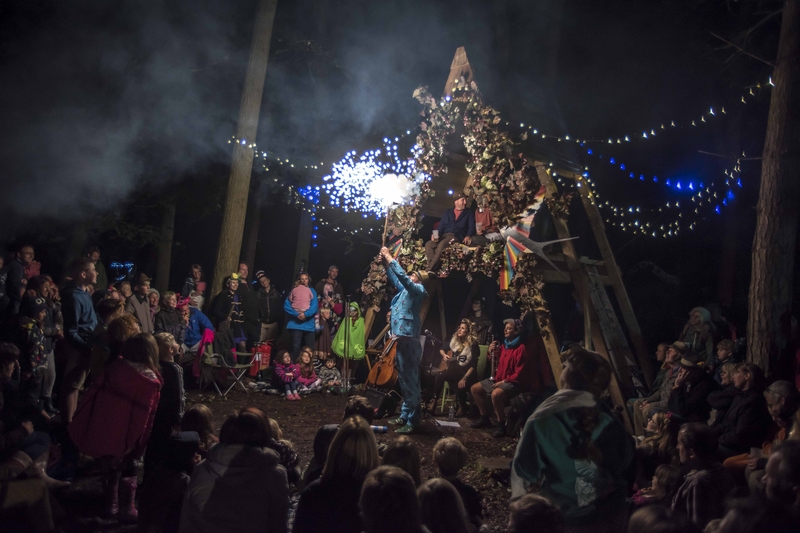 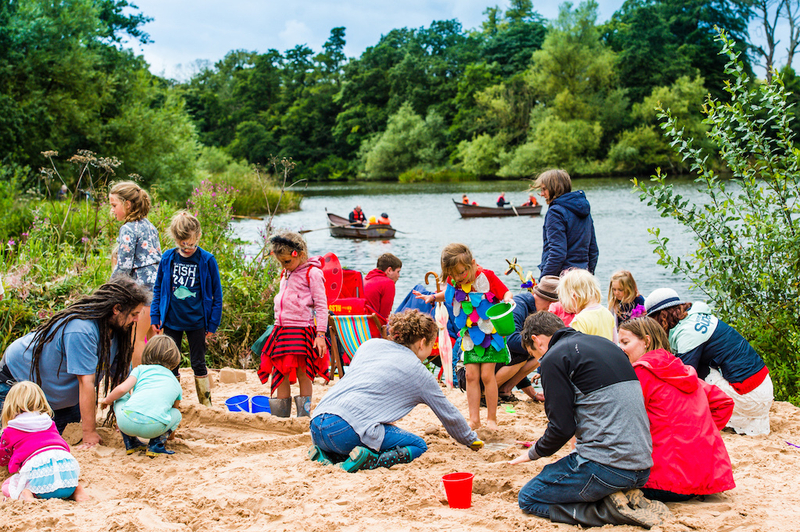 What’s also obvious from the get-go is that Just So is wonderfully well organised. You don’t want for anything, thanks to the plentiful food stalls, phone charging station, and the friendly team of staff milling around. And the Portaloos are pristine. The atmosphere is totally unique as well, with the pure, innocent joy emanating from the kids rubbing off on us mums and dads; we all end up doling out an extra degree of parenting solidarity towards our fellow festival-goers (shout out to the woman who scooped Elliot up before I dropped him on my way down a muddy embankment – nice save).

Sadly, though, Just So wasn’t immune to that biggest of British festival bugbear: rain.  A sudden, sharp downpour around lunchtime leads to a scrum to get into the few covered areas, which soon become uncomfortably overcrowded. But this is a festival full of well-prepared parents: the waterproofs come out and the fun soon resumes, despite the drizzle that persists for the rest of the afternoon.

Elliot particularly loved ‘The Jukeboxes: Bootworks Theatre’, where two lip-syncing performers repeatedly popped out of 1950’s style jukeboxes dressed as various pop stars, breaking out in a little dance as the music played. My personal, very adulty, highlights include a laughter yoga class, and the ten minutes of blissed-out peace I spent sipping on Prosecco as Elliot ran riot around the ‘Silver Screen’ area, hopped up on sugar and good vibes. But as we were only able to stay for the day (boooo), I’m well aware that we missed out on some of the festival must-sees, like the jelly fight, pillow fight and the famous Tribal Parade.

Throughout the weekend, festival-goers are encouraged to choose their tribe and show their allegiance by collecting the gold pebbles given out at activities and contributing them to the stockpile. On the Sunday evening, the winning tribe is announced at the Tribal Parade, a spectacular gathering where everyone dresses up as their chosen animal and howls and squawks up into the night sky together.

“We introduced the tribes when we realised that one of the most incredible things about the festival was the sense of community you can build and the sense of camaraderie developed when people come together with other families and create shared memories,” says Sarah.  “It just all fell into place and the audience ran with it, creating more incredible costumes and throwing themselves into it more than we could have ever imagined. We love that it blurs the boundaries between performers and audiences, so it feels much more like a co-production.”

I can’t be the only parent that worries about the negative influence that technology is having on the way our children interact with each other and how they see the world. Just So Festival felt like a rare opportunity to get back in touch with nature and experience the kind of iPad-free childhood we enjoyed.

This is wholesome fun in its most exhilarating form. And, frankly, a fantastic place to spend your birthday. Here’s to hopefully spending my 35th in the same wonderful way – maybe we’ll even feel up to getting out the tent next time...