Your friendly genre-wide music nerd and gig attendee is back again with the Manchester gigs you shouldn't miss in July. You might think July is all about the festivals and, well, it is, but there are still plenty of gigs to get your sweat on to as well.

This monthly round-up will always include a healthy balance of different genres, artists, venues and prices, guaranteeing there's something for everyone.

Read on my gig picks for July. 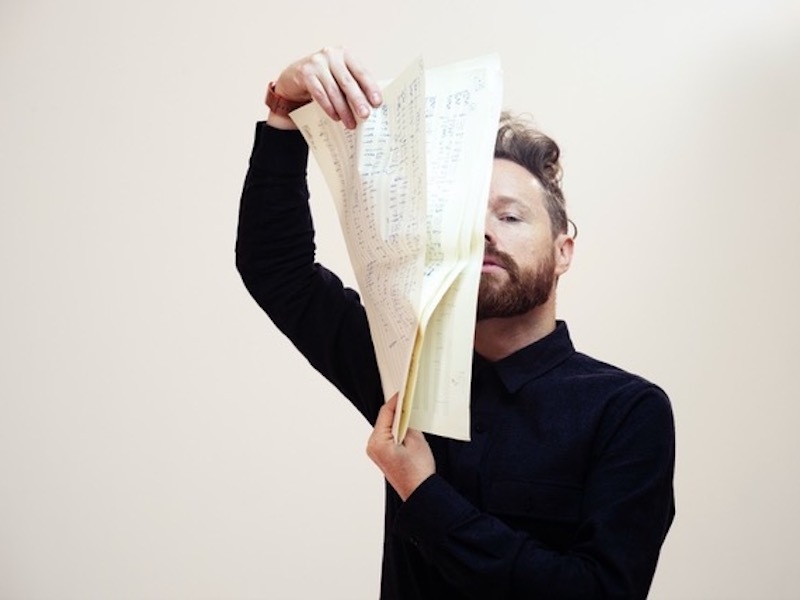 Larkhall is the performance pseudonym for the Bath-based composer Charlie Williams. He is recognised for his brooding piano skills and experimental genre fusion. His latest release, Say You're With Me (24 June 2022), explores the darkened depths of his mental health journey and how he emerged on the other side through the cathartic nature of music. The album has 11 instrumentals, all intricate in their own right, weaving in and out between the binaries of post-classical piano composition and contemporary electronica. Larkhall goes above and beyond to push through comfort zones in his live performances, creating an enigmatic and truly transformative show. The purgative nature of such music is an experience unlike no other; and this is a performance sure to be loved by jazz, postclassical and even electronic music fans. Tickets are £6.

Brad Stank is Liverpool's very own Mac Demarco and Donny Benét lovechild. His super-chill bedroom pop is perfect for the upcoming warm summer days when you're love-drunk on sunshine and cigarettes. Following the success of his self-professed "existential" steamy debut release, Kinky Om, his newest, artist-led EP, Hank Stankovic, channels a totally new direction. Inspired in lockdown, he picks up his guitar once more, but this time to sing the modern country blues and channel the deep yearnings of his alter ego and inner yee-haw cowboy. If you like The Moldy Peaches, Crywank or other oddball lo-fi bedroom folk artists - this will definitely interest you. 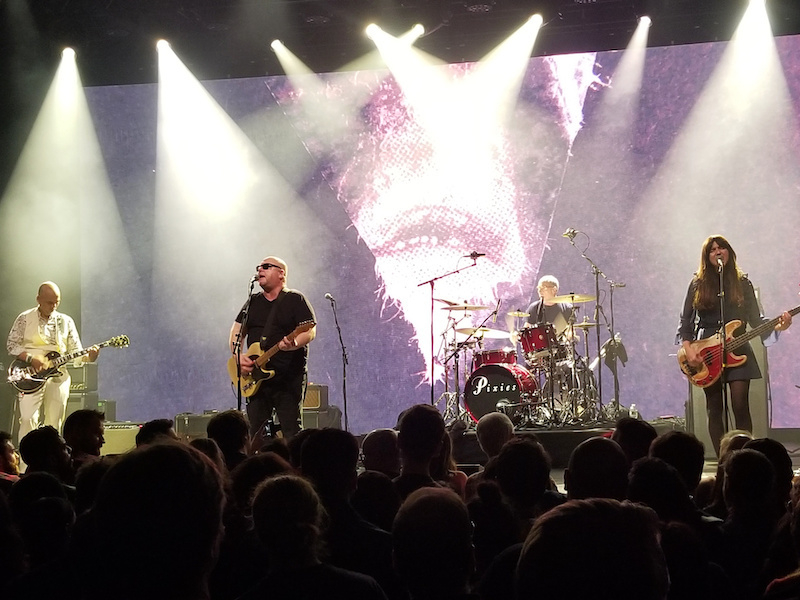 Pixies are the founding fathers of alternative college rock, innovatively wielding abrasive basslines and pent-up lyrics to create their legendary, tongue-in-cheek pop mastery. Without them, there wouldn't have been the nervy Gen-X anthems of artists like Nirvana or Weezer, or even the quirky art-rock sound of Modest Mouse. But Pixies' influence on guitar-driven music doesn't stop here. With their 2019 release, Beneath The Eyrie, it is clear that, although the band has seen line-up changes (no Kim Deal) and a slightly more mature approach to songwriting, they're still doing what they do best - being weird. Frank Black's idiosyncratic approach to writing still shines through on their current single release, There's A Moon On, from their upcoming eighth album, Doggerel, due to be released in September. It has all the markers of a classic Pixies track fused with an American Gothic folk tincture. Eerie guitars, crawling bassline and dreamy girl-pop backing vocals for the early hours. Their summer tour includes a headline show at this year's Sounds Of The City in Castlefield Bowl.

For fans of beachy surf-rock and 60s garage, if you haven't already heard of them: La Luz is the band for you. Hailing from Seattle, the band's latest self-titled release is abundant in hypnotic psych-rock synths and Shana Cleveland's spaghetti-western guitar tones. The record, at times, demonstrates the kitschy charisma of the B-52s, with songs like Goodbye Ghost - whilst other tracks, for instance, In The Country, find the band still rooting their fertile ground in the sedated surf noir of artists like Stereolab. La Luz are at their most creative and inspired with their fourth record, paying homage to their 60s predecessors in girly doo-wop harmonies and vintage Mellotron soundscapes. 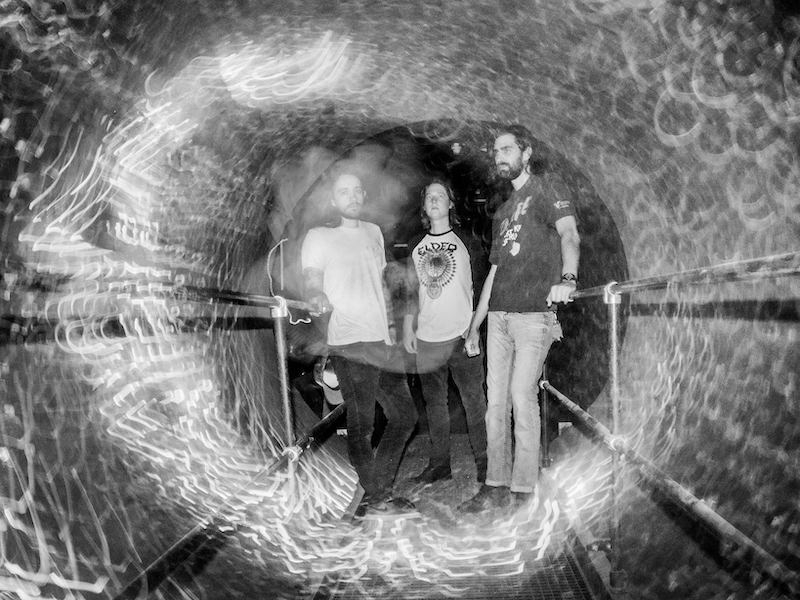 Thunderous New York psych-trio King Buffalo are commencing on a European tour for their most recent record, The Burden Of Restlessness - and it's heavy. The album doesn't need to start with any foreplay, instantly soaring with the first track, Burning, and reckoning nothing but epic blustering riffs and Kyuss-esque stoner rock for the next 40 minutes. King Buffalo make no secrets of their influences, oozing from their core with Black Sabbath tones; the inspirations are clear. I'd recommend them to fans of the Palm Desert scene, the Californian stoner "motherland" of Joshua Tree. Any admirers of distorted blues and groove-laden artists like Queens Of The Stone Age, All Them Witches, Kyuss and Brant Bjork will be captivated by King Buffalo's anthemic latest release. No venue is more suitable for their mountainous wall of sound than Manchester's heaviest rock live music venue - Rebellion.

KOKOKO! materialised from the profound political roots of their native residency, Kinshasa, the capital city of the Democratic Republic of Congo. They are distinctive for their energetic and frenzied display of experimental afro-beat. Dressed in matching boilersuits, throwing together modern trance-inducing electronic synths with homemade instruments, live sampling and D.I.Y. apparatus. Their onstage presence is refreshingly outlandish, channelling the true spirit of collaborative performance with different musicians and multiple creative fields. French producer Débruit is a consistent performing member with KOKOKO! and Makara Bianko's incredible baritone vocals carry the ancestral message throughout, and KOKOKO! are a fantastic example of the amazing things music can attain when genre and culture morph together to create something entirely new.

Love will be come down on the crowd at Blues Kitchen, as R&B legend, Evelyn "Champagne" King, performs in Manchester. Evelyn was 14 years old when she began in the music business, working alongside her mother at Sigma Studios in Philadelphia, where many legendary soul hits were recorded. She was quickly discovered for her sweet, soulful voice and had a successful career with over 14 singles charting in the R&B Top 20 in America. The iconic Nile Rodgers-esque guitar lick and smooth bass in the track Shame skyrocketed her career into mainstream America, and she went on to have several more glorious hits. The catchy 1981 synth bop I'm In Love is a personal favourite of mine, alongside funk-ridden Your Personal Touch. Taking over the stage at Blues Kitchen, she will return in all of her disco-pop glory for a night of danceable groove, sophistication and 80s realness. Not one to miss.

The people of Manchester love nothing more than to revel in their music history, and Joy Division and New Order are up there alongside The Smiths, Happy Mondays and Oasis as some of the greatest bands to come from this city. I'm a massive fan of both Joy Division and New Order and worry not, the setlist has a fair share of both bands' discography.

After leaving New Order in 2007, Peter Hook formed his band, Peter Hook & The Light and made it his personal mission to play Joy Division the way he sees fit. It has to be said, it works. Hooky knows more than anyone what his devoted audience wants to hear, and the setlists never disappoint. The Light perform hits like Love Will Tear Us Apart but also the likes of Atrocity Exhibition for the devout fans. They've also ensured something for the New Order fans on the night, with an opening set of tracks like Age Of Consent and Leave Me Alone.

The Manchester Apollo gig is sure to be unique because, quite simply, where could be more special than where it all began?

The Visit: In search of Friedrich Engels on his birthday
What you say
Read Next
● / Things To Do