“I couldn’t choose a favourite dish… it’s like having to choose between your kids!” 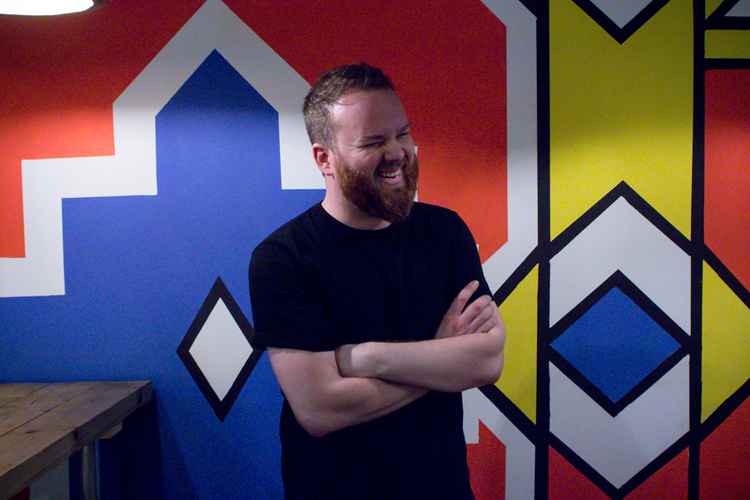 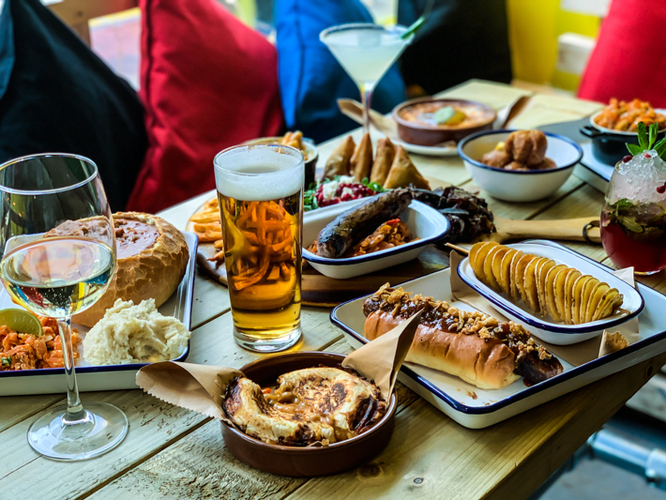 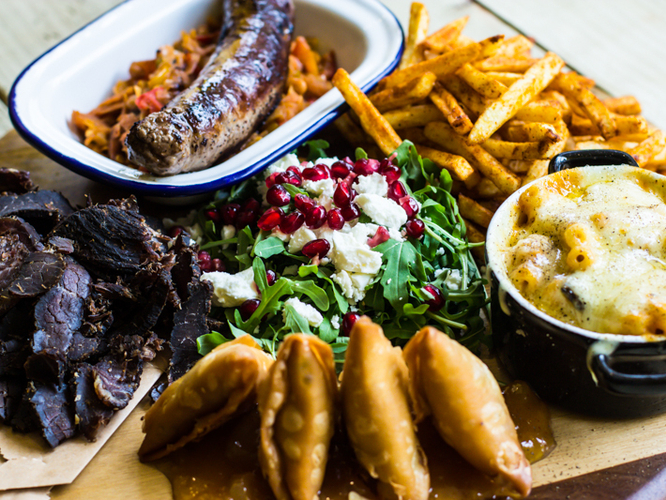 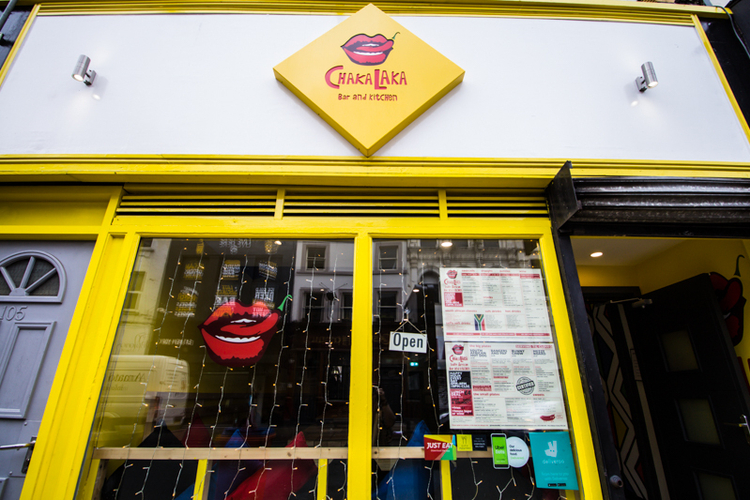 From South Yorkshire to South Africa, we get the gen from Chakalaka’s Stewart

WITH scores of 4.5 on TripAdvisor and customers remembering “Cape Town all over again” on Facebook, Manchester’s only (we think) South African-inspired bar and kitchen Chakalaka has been garnering praise and customers since opening dead on a year ago.

Serving an extensive food menu alongside an ever-expanding range of South African drinks Thursday to Sunday in the Northern Quarter, Chakalaka (which, fact fans, takes its name from a spicy tomato, chilli and bean relish, usually served alongside Pap Balls and Wors– deep fried maize filled with cheese, their very own creation) is equally renowned for its buzzing atmosphere.

In the week running up to opening 12 months ago, Chakalaka’s director Stewart Dean said: “Chakalaka will celebrate the best of South African food and drink and offer a lively and friendly vibe to its customers.” Badge unlocked, we think. We went back to catch up with Stewart in the Oldham Street indie now to find out a little more about what it’s been like heading up the business himself and putting everything into the restaurant this last year. 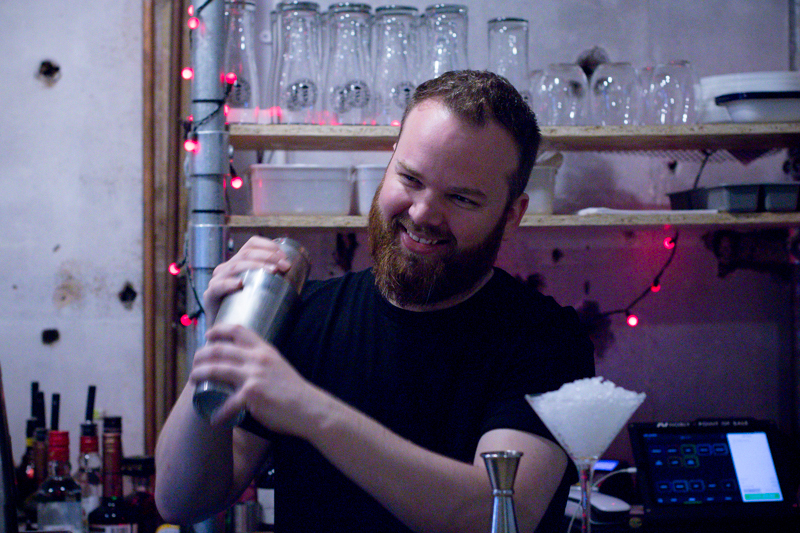 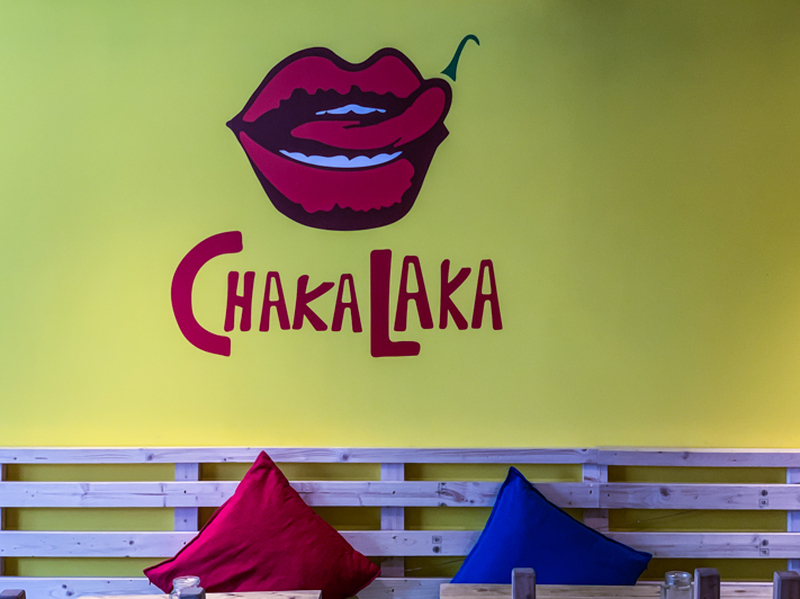 I couldn’t choose a favourite dish… it’s like having to choose between your kids!

ManCon: “You’re aged 33, how did you get into the hospitality business?”

Stewart Dean: “I started working in the hospitality business part time while studying architecture at university and then got ‘hooked’. I ended up working for big companies as a business manager, including McDonald’s, Mitchells & Butlers [which runs over 1,700 pubs, bars and restaurants throughout the UK] and SSP [which manages food outlets in airports and railway stations], but I got fed up of just being a number in a massive company and wanted to do something for myself – so I decided to set up Chakalaka.”

MC: “So, what have you found has been the best part about working for yourself?”

SD: “Waking up in the morning and not having that sick feeling about going into work, and not having to deal with a boss who has no idea what it’s like to run a restaurant. Also, the satisfaction of knowing you are building something for yourself…”

MC: “What would you say has been the hardest part of setting up a cafe-bar as a first-time business owner and what advice would you give to people thinking of setting up their own place?”

SD: “Being a small business, it is difficult to establish yourself without having a massive marketing budget, especially when it’s a cuisine no one is familiar with. Don’t be too over optimistic. Prepare for the worst and anything better is a bonus!”

MC: “You’re from Doncaster originally, so what made you choose South African food and drink? And why Manchester?”

SD: “My best friend is from SA and no one else is doing South African. I was very excited to be opening in Manchester from the start – it’s a city that I both know and love.”

MC: “What’s the most popular thing on your food menu?”

SD: “The Bunny Chow goes down really well; it’s a kind of warm curry stuffed inside a freshly baked, hollow bread loaf, served with a carrot, coconut and chilli salad. That said, the Boerewors sausage is delicious and keeps people coming back!”

MC: “We’re partial to the Biltong Mac & Cheese with the South African speciality dry cured beef, ourselves. What’s your personal favourite dish on the menu?”

SD: “I couldn’t choose a favourite dish… it’s like having to choose between your kids!”

MC: “So finally, why should people come to Chakalaka?”

SD: “We’re different, relaxed, friendly, and we’re offering great food and drink at a great price! Plus you’d be supporting a true independent!”

Book your visit to Chakalaka here.