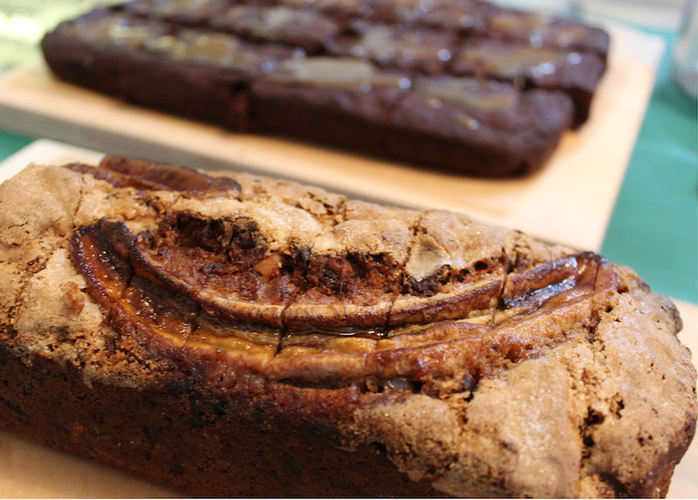 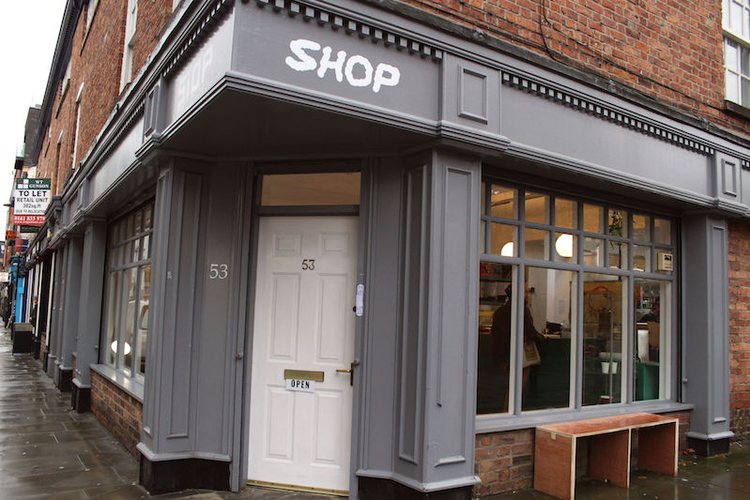 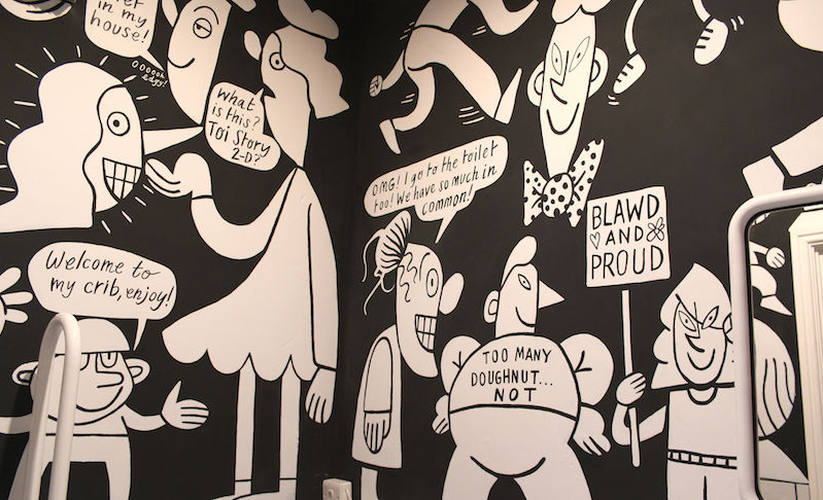 “We’re not going down the avocado route,” Iwan Roberts tells me as I stand browsing SiOP SHOP’s tiny breakfast selection. The choice? Beans or jam on toast, yoghurt and granola or a bacon sarnie.

It’s refreshingly simple, a world away from trend-led menus which favour the ubiquitous green health food. But Iwan (who co-owns the new café and home of Blawd bakery with his partner Lucy Jackson) isn’t just making a point with his avocado shunning, it’s simply that avocados are expensive.

“I want SiOP SHOP to be affordable” he says, “somewhere my friends could happily have lunch.”

Confined until recently to the basement of NQ stalwart Common, Blawd has attracted a pretty big following over the last two years; supplying Pilcrow, North Tea Power, Rapha, Henry C, The Font Chorlton, Rudy’s and All the Shapes. Not only will its new SiOP SHOP home give the bakery improved facilities and kitchen space, it also allows the team to sell direct to the general public.

Managing the kitchen is Lucy, who used to work at Trove (Hannah Calvert, her ex-colleague, now runs Pollen - the bakery from which SiOP SHOP gets its bread). She is working her magic with a batch of doughnuts as I come in and, five minutes later, they are placed on the counter in all their sugar-dusted glory. Flavours change daily and are based on seasonal produce: today’s are raspberry, coffee custard, plum and maple & pecan. Biting into one of the last - crisp coating, fluffy inner, oozing crème pâtissière - I can see why Blawd have been known to sell 70 doughnuts in half an hour. Other house-made products include tarts, quiches and sausage rolls: most recently mushroom, leek and gorgonzola.

Iwan, meanwhile, presides over the counter with his signature humour. After growing up in ‘deepest darkest’ North Wales, he moved to Manchester and worked in Moho Live (now Dive) and Cord, before spending seven years at Common - where, incidentally, he met Lucy.

“I hired her,” he chuckles, handing me a glass of ‘crapple’; a Iwan concoction which sees apple and cranberry juice mixed together, and which he calls ‘the drink of champions.’

While hot and soft drinks are offered currently, SiOP SHOP is also applying for an alcohol license: as with everything else, booze will focus on quality not quantity, with a couple of good wines and rotating beers that build on Iwan’s experience working with Indy Man Beer Con while at Common.

So where does the name ‘SiOP SHOP’ come from? “It’s Welsh for ‘shop.’ It’s pronounced ‘shop,’ too, so we’re basically called ‘shop shop.’ And ‘Blawd’ is Welsh for ‘flour.’ Really, it’s all an excuse for me to use my Welsh. The French call their restaurants what they want, why can’t we?”

It was actually in Wales that Iwan bought SiOP SHOP’s chairs at a farmer’s market, some of which look exactly like the ones my granny used to have. The rest of the interior was a collaborative effort and, he points out, done as best they could on a budget. Tables and bar were made with the help of friends, while artwork from local creatives lines the walls and quirky ceramics are displayed in a glass cabinet. Even the toilet has been considered, David Bailey murals covering the walls.

SiOP SHOP has only been open five days, but it’s already a favourite haunt of Tib Street dwellers, and beyond. As I tuck into my breakfast - Pollen sourdough toast with plum jam - I ponder Iwan’s comment that, while Manchester’s independent scene briefly seemed lost, it's stealthily returning. Undoubtedly, places like these make it so.

Calories on menus: what does it achieve?
Web Design Manchester MadeByShape