How to be a millennial in Manchester

If you want to buy a 3 bedroom house in Didsbury then put the avocado down....

Millennials don't half get stick in the media. Spending money on avocados instead of mortgages, splurging on experiences rather than saving for, well, mortgages and just generally having a far better time than their predecessors.

Fortunately, Manchester is a city well-positioned for the millennial. But, to make sure you young'uns don't go blowing your load at the nearest avocado outlet, we've pulled together a list of dos and don'ts for millennials in Manchester. Enjoy.

1. Buy a print from artist Stanley Chow and display it proudly in your Northern Quarter flat. Then Google Stanley Chow.

2. Gloat that rent prices are so much cheaper in Manchester compared to London, but still end up paying £400 a month for a shoebox room in a ten-bed house share in Chorlton with one bathroom, a DJ and a family of mice.

3. Go to 20 Stories and not buy anything just so you can take a picture on the roof

4. Expect to have your tenancy application denied if you want to live in the Northern Quarter but you don’t have a beard, tattoos and an internship at a not-for-profit

5. Buy overpriced line drawings from Fred Aldous for your Northern Quarter flat, even though you’re not entirely sure whether it’s a picture of a reclining woman or a three-legged cat

6. Spend 20 minutes browsing in Afflecks Palace, then spend two hours trying to get out

7. Take your Tinder date for a quiet drink at the Oast House to find 20 other couples and your ex doing the same thing

8. Hang around The Laundrette in Chorlton at 9.55am, just so you can nab an outside table when it opens at 10am

9. Aggressively argue with anyone that disagrees that spending £10 a week on eggs and avocado on toast is not money well spent

10. Hang around JD Gym on Whitworth Street in a bid to up your Tinder talent pool

11. Spend hours chatting to your Tinder match, then ignore them when you see them on Market Street. Then wonder why you’re still single.

12. Criticise Revs De Cuba for being a massive sausage fest, then go again the weekend after

13. Remind yourself that Hogwarts isn't real, even though the path underneath the Town Hall bridge looks like it could be out of the Harry Potter film if you squint your eyes a bit.

14. Complain that the tram in rush hour is just as bad as the London tube because no one talks to each other, you still have to fight for a seat and there’s always that bloke that farts

15. If a strange man on Market Street stops you because he just wanted to tell you that he "loves your vibe", then run. Your clothes are not that good and he's after more than your number. 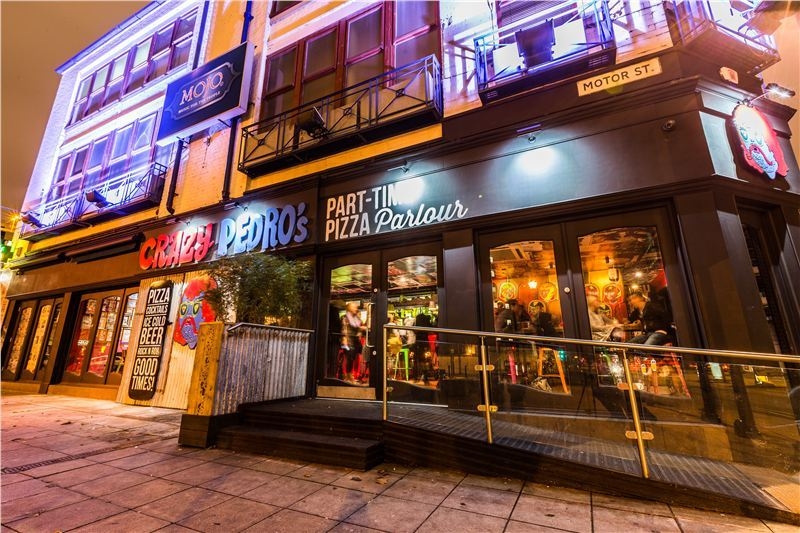 17. Rant endlessly about sustainability, before purchasing your entire wardrobe from Boohoo

18. Never, ever, EVER cross the no-man’s land by Exchange Square to go to the Printworks

19. Pretend you know all the words to Oasis, even though you came into this world clad in dungarees screaming 90s pop

20. Justify spending £3 for a coffee at Grindsmiths, largely on the basis that the packaging is nice

21. Invest in a unitard that you can wear only once a year at Parklife.

22. Get an uber from Deansgate to the Northern Quarter because you’ve been on your feet all day fighting the patriarchy and it's only £3

23. Avoid Market Street at all costs

24. Break rule no.23 once a year to visit the Christmas markets so you can get pictures for the 'gram

25. Go out for ‘just the one drink’ and then find yourself in Crazy Pedros 6 hours later with a slice of pizza stuck to your face

26. Judge everyone who chooses to go out on Deansgate Locks

27. Claim that the main reasons you love Manchester are the record stores and vintage shops, then download your music on Spotify and shop at H&M

28. Spend £30 on plants from Northern Flower to decorate your flat, then wonder why you will never be able to buy said flat

29. Complain that Spinningfields is too expensive then spend £10 on lunch there everyday

30. Get all glammed up in a bid to snag a footballer at Menagerie, then realise it’s full of Love Island rejects

31. Criticise Friends as sexist, homophobic and offensive, then spend £25 on Friendsfest tickets at Heaton Park because everyone wants a selfie at Central Perk café

33. Take your London friends to Grand Pacific when they come to visit, even though you’ve never been before