How Hygienic Are You?

DID you wash your hands after the last time you used the toilet?

Did you wash your iPad?

‘iPad?’ I hear you cry. In a world where texting has stifled snail mail and downloads have left HMV in quite a conundrum, lavatory literature is fast being replaced with toilet tablets, for some people.

You know who you are.

Yes, for those of you who enjoy a light read while attending a call of nature, computers are becoming second only to toilet roll in the loo hierarchy. That’s why they've made them so portable right?

A recent report of 2000 UK adults by The Global Hygiene Council found barely half of adults always wash their hands with soap after visiting the toilet.

It’s no wonder then, this new and frequent visitor to the bathroom is probably as much in need of a squirt of sanitiser as your hands are. To put it bluntly, iPad and iPoo need to work together in hygienic harmony, if you really insist on going there.

Sadly, some people still haven’t learnt even the most basic of body care, let alone the care of computers. Take your hands for example. A recent report of 2000 UK adults by The Global Hygiene Council found barely half of adults always wash their hands with soap after visiting the toilet. Furthermore, 27 per cent of workers claim to be too rushed at work to wash and dry their hands properly after nipping to the loo. You might want to dodge the old handshake next time you agree to ‘touch base’ with a business contact.

It’s not just toilet etiquette that’s neglected either, with one in three men regularly skipping a morning shower because they simply can't be bothered. Confirmation for us girls that boys do indeed stink. Not quite as alarming though, as the one in ten adults who said they leave their house at least two mornings a week without brushing their teeth. 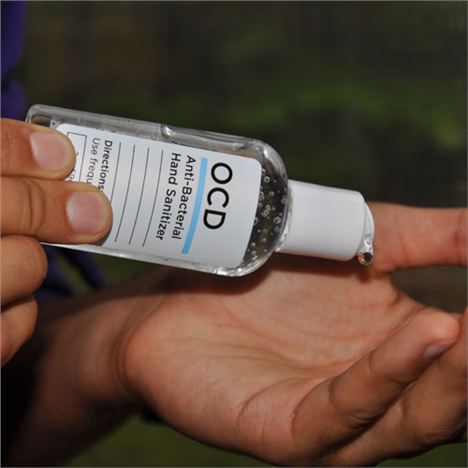 Hand Santiser For You And Your iPad

The study also found one in five haven’t cleaned or disinfected their fridge in over a year and one in twenty have never cleaned their fridge despite it being a breeding ground for bacteria.

As you can imagine, Professor John Oxford, Chairman of the Hygiene Council was choking on his anti-bacterial mouthwash whilst reading these stinky statistics.

He said: “We all live extremely busy lives and 21st century living is much faster paced than it was say 20 years ago. However there is no excuse as to why people are neglecting basic tasks like washing hands with soap after visiting the toilet and cleaning their home to a standard that is healthy for people to inhabit.

”There is a stark difference between a tidy home and a hygienically clean home – if people do not want to make the bed and put clothes away then so be it, but it’s important to target the hygiene hotspots and properly clean and disinfect the areas which matter like kitchen surfaces, sinks and of course the toilet.

“Naturally we all want to have a lie in but skipping a morning wash is both anti-social for the people who have to sit next to us at work and unhealthy, a morning shower will not only wake you up but washing regularly can help to limit the transmission of germs and pathogens.”

Well said Prof, however Oscar the Grouch types among us may have their own ideas. Sixteen per cent of those surveyed said ‘a bit of dirt and germs is good for you’ when questioned about their reluctance to avoid germs. 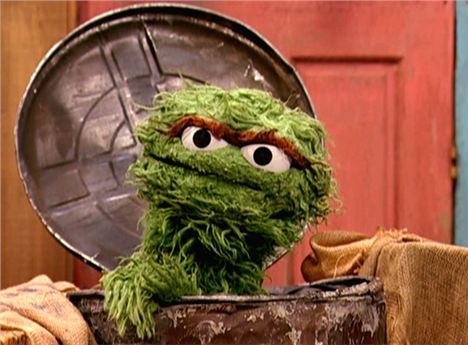 A Bit Of Germs Never Hurt Oscar The Grouch

They might even have a point. In today's sanitised climate we're more aware of germs than ever before and probably for all the wrong reasons. Medical research such as the 'hygiene hypothesis' states that exposing children to some germs can actually can be of benefit.

Still, iPads in toilets is just plain old gross and further goes to show that we’re living in a technological age where we’re simply unable to disconnect. See our debate about texting at the dinner table here.

And when you’ve finished reading that, don’t forget to give the screen a quick wipe yeah. After you’ve flushed of course.