Theresa May, Boris Johnson, Jo Swinson and Caroline Lucas all lose the plot, says the MP for Blackley and Broughton

This has been the silliest of silly seasons. Usually over the summer, with parliament in recess and politicians away relaxing on Mediterranean beaches, journalists must search out the most obscure stories and be at their most creative. Not this year. Ministers and MPs have delivered a steady stream of headlines that at other times would have seemed incredible.

I am often asked whether, as somebody who supported leaving the European Union, I would have any difficulty in voting for a motion of no confidence in him as Prime Minister. The answer is no, this country deserves better

The silly season got off to an early start. Prime Minister Theresa May – remember her? – responded to Greta Thunberg’s advice to panic in the face of global warming, by doing just that. She decided to spend between one and two trillion pounds over the next 30 years to bring greenhouse gas emissions down to zero. There was no parliamentary debate and no analysis of the economic impact.

What we do know is that the price of electricity and gas, for industrial and domestic users, will increase disastrously. The Helm report commissioned by the government has already informed us that we are paying 20% more for our energy than we need to, with no benefit in carbon dioxide reductions.

The cost of energy is key to our industrial competitiveness. If carried through, this policy is likely to be much more damaging than a no deal Brexit (for the avoidance of doubt, I support a good deal in order to leave the EU).

We also know that there will be a trivial impact on global warming as this country accounts for less than 2% of global greenhouse gases. The Prime Minister and John Gummer, chair of the Climate Change Committee, respond to this point by claiming other countries will follow our lead. This is an imperial fantasy in a post-colonial era. All the evidence points in the opposite direction. Globally, 1600 coal plants are planned in 62 countries, China will build 700 of them and India has cancelled the vast majority of its planned nuclear plants in favour of coal.

To criticise this policy is not to deny that carbon dioxide is a greenhouse gas or that the planet has warmed by nearly one degree centigrade since the start of the industrial revolution, but to acknowledge this is a deindustrialisation policy and at any other time would have been thought of as a silly season tall tale. Theresa May’s late bid to create a positive legacy will not alter the general view that she has been the worst Prime Minister in living memory. There may be a reassessment of this now Boris Johnson is Prime Minister, He has the appearance of a joke candidate in an election to be president of a student union who wins by accident.

It is extraordinary that a man sacked twice for lying and who was demonstrably a failure as Foreign Secretary should be the Prime Minister of the United Kingdom. This is beyond a joke. I am often asked whether, as somebody who supported leaving the European Union, whether I would have any difficulty in voting for a motion of no confidence in him as Prime Minister. The answer is no, this country deserves better and I would vote enthusiastically to remove him.

Jo Swinson, the newly elected leader of the Lib Dems, and the veteran, and only, Green MP Caroline Lucas have joined in the summer fun with unworkable and ridiculous proposals. Jo Swinson has decided that she, rather than Labour MPs and members, should choose the Labour party’s leader. She suggests that Harriet Harman, the ex-deputy leader of the Labour party and long-term equalities campaigner, should lead a coalition government. I cannot believe that Harriet, with her distinguished service, would fancy the title of being a 21st century Ramsay Macdonald.

Jo Swinson’s only purpose, as far as I can tell, with this arrogant and insulting proposal was to get her face on television screens. In this she succeeded. This may not be to her advantage as she has exposed the feebleness of her reasoning.

Caroline Lucas’ was even more absurd. She suggests a cabinet of national unity composed exclusively of white women. This proposal is obviously both racist and sexist, and rather surprising coming from a woman who has a reputation for being super politically correct.

Jo Swinson and Caroline Lucas both believe in a second referendum but will only honour it if the people vote to remain. Theresa May voted to remain and negotiated an appalling deal to leave, Boris Johnson voted to leave but eventually supported Theresa May’s deal. All have contributed to making life easier for journalists in this king of silly seasons. Brexit has induced a touch of political insanity into many of our political leaders which will only be cured when the 2016 referendum result is implemented. 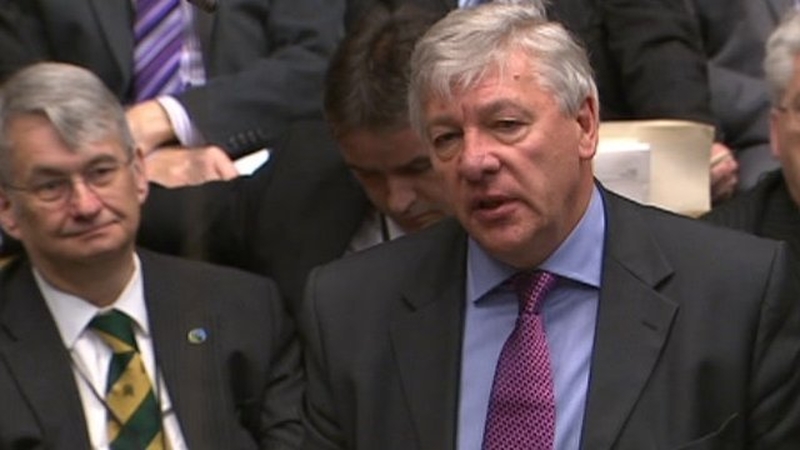 Graham Stringer (pictured) is an occasional columnist for Manchester Confidential. He is the Labour Member of Parliament for Blackley and Broughton with a majority of 22,982 after the 2015 election, up from 12,303 in 2010. He was elected to Parliament in 1997. Prior to this he was the Leader of Manchester City Council from 1984-1996.