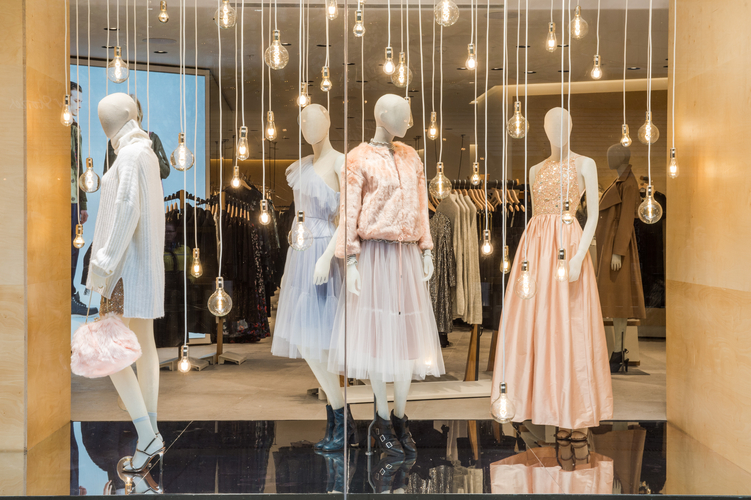 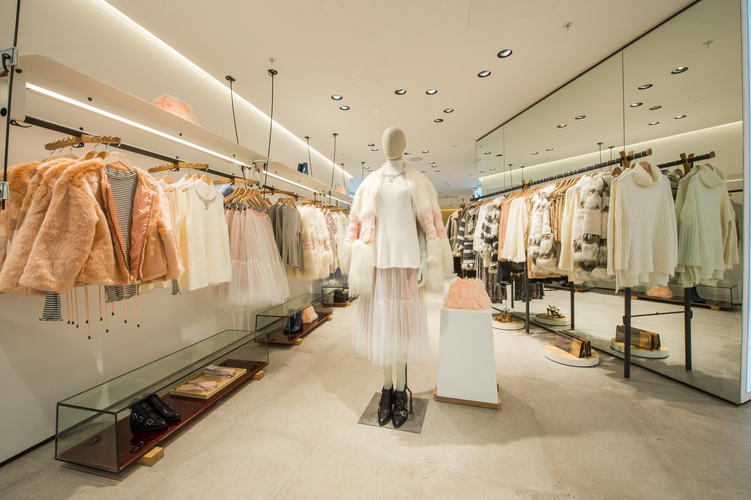 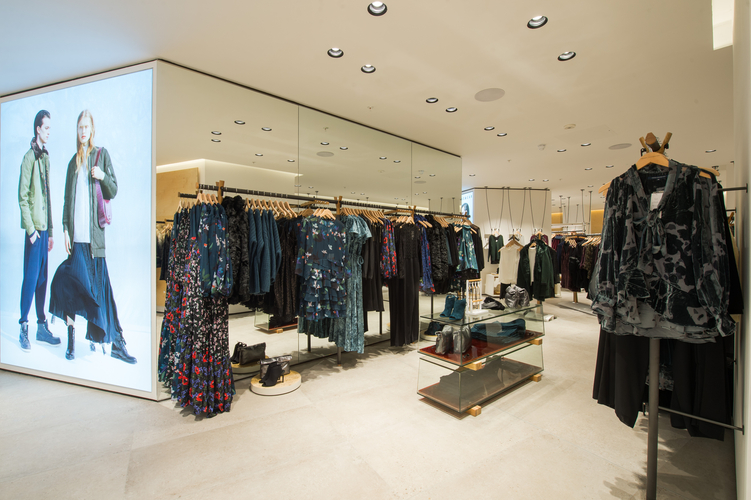 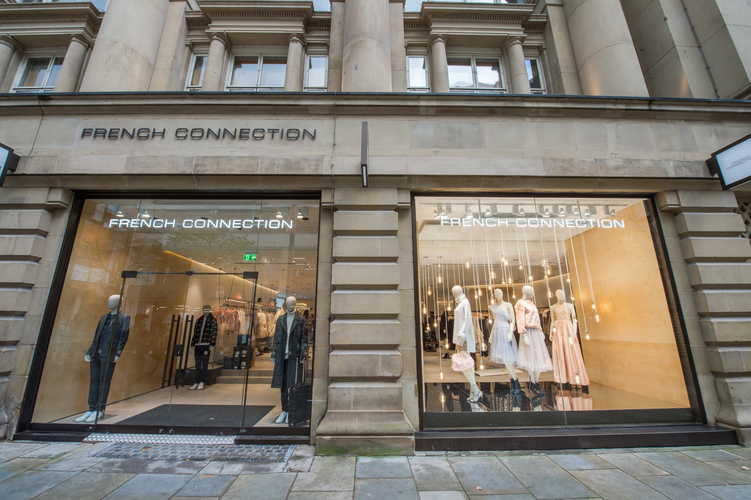 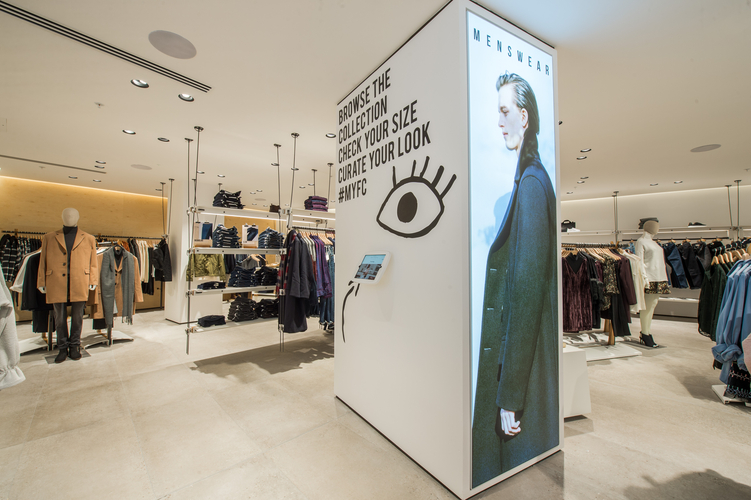 Now open, the premium brand is celebrating its city centre comeback with a charity initiative

Modern and minimalist, the slick new store is a happy marriage between womenswear and menswear, with both divisions showcased on one floor. Designed with sustainable materials, carbon store fixtures and ‘honeycomb’ shelving, French Connection says it’s the first store of its kind.

For the upcoming party season, French Connection have opened up shop with an extensive collection of festive outfits; featuring velvet wrap dresses, gunmetal mini skirts, elegant lace and tulle gowns (reminiscent of Selfridges’ Self Portrait collection) and even fun, flirty takes on the tutu (meant to be toughened up with leather biker boots). French Connection is still true to its elegant chic brand image (let’s ignore the ‘FCUK’ noughties era) and the store is still a haunt for classic fashion staples: camel coats, crisp shirts, knitwear and a dedicated denim department.

With high-street competitors Zara, & Other Stories and Oliver Bonas in close proximity, French Connection emphasises that it specialises in premium, “elevated” clothing than its high street rivals. However, this does mean a more premium price point; for example, French Connection’s wool blended knitwear costs from around £75 - £150 and this season’s favourite faux fur leopard coat is priced at £210.

The new flagship is equipped with new intelligent shopping technology. In-store Ipads allow shoppers to scan in their chosen item and find handy outfit guides from local and national influencers.

As a fashion brand which appeals to a wide age demographic and is committed to quality clothing, French Connection’s return to Manchester is a welcome one. Local influencers such as Lauren Cokjuler, Onyi Moss and Alice Catherine have also been featured on French Connection’s #MyFC campaign, showcasing the city’s individual take on the label’s Parisian inspired clothing.

Furthermore, in celebration of the brand’s return to Manchester, French Connection is launching a charity initiative exclusive to the city to raise money for the We Love Manchester Appeal. This includes a Bee Charm Necklace, representative of the iconic Manchester worker bee that became a symbol of hope and unity following the tragic terror attack in Manchester last May.

From Wednesday 15 November 2018, all profits from sales of the Bee Charm Necklace will be donated to the We Love Manchester Appeal, an initiative that will run both in the Royal Exchange store and online.

Shop our favourite items from the Christmas collection below: