A recent Horizon documentary has created a lot of media buzz around the concept of calorie restriction and 'intermittent fasting'.  The theory being that by limiting the calories we eat, we reduce the risk of illnesses such as heart disease and cancer and so lengthen our lifespan. It's a tantalising prospect, but is there any evidence to back it up?

It's possible that 'intermittent fasting' will be a technique that suits some people but it's hard to keep up long-term; the researcher on the Horizon programme only managed to stick  to alternate day fasting for five weeks...

Fasting has been practised by many cultures throughout human history and many groups continue to include fasting, often for religious reasons. If we trawl back through our evolutionary past, we would have had periods when food was abundant and others when it was scarce so there is an argument for saying that our biology has evolved expecting this sort of pattern.

However, in today's Western society where food is always abundant and often excessive, our caveman physiology may be struggling to cope. We are certainly seeing a huge rise in obesity (where our bodies lay down stores of excess calories as fat, to be used in times of famine) and diseases of metabolism, such as diabetes.

Periodic fasting is a technique that has been researched, particularly in animal studies, for several decades. Benefits reported have included weight loss, improvement in insulin sensitivity, lowered cholesterol levels and protection against diseases such as cancer and Alzheimer’s. Medically, fasting has been used by some doctors to alleviate chronic health conditions such as Crohn's disease, arthritis and psoriasis.

A more recent variation, featured on the Horizon programme, called ‘intermittent fasting’ or ‘alternate day fasting’ sounds like a dream come true as it boasts being able to eat ‘whatever you like’ on non-fasting days with no adverse effects. It's a bold statement and one that I can't help but question, after all if we are what we eat, we do need some good nutrition somewhere along the line! 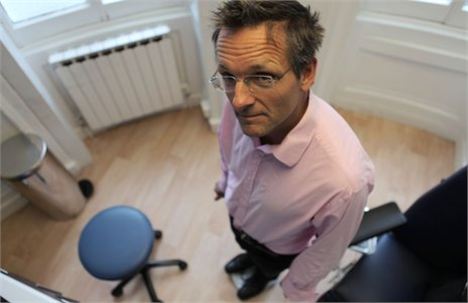 On fasting days, recommended calorie intake is 500 calories for women and 600 calories for men. This is extremely low and probably very difficult for most people to keep up for any length of time and it's certainly going to restrict your social life. It's also inadvisable for anyone with long-term health issues or a history of eating disorders.

Much of the research is from animal studies which, although interesting, cannot really be extrapolated to humans so more research on large groups of people is needed before we can be definitive about the health benefits. There is limited research on humans: most of the current media articles refer to a study published last year on two groups of young overweight women.

One group ate a low calorie diet and the other ate normally for five days and then restricted their calorie intake to 650 calories on two days. It's this second group that has generated all the excitement as the women lost around 6kg over six months and improved numerous health markers, including those for insulin resistance, cholesterol, inflammation and blood pressure. However, the study shows that both groups lost similar amounts of weight and saw largely the same improvements in health markers.

So, what does it all mean? It's probably too early to say whether intermittent fasting really offers any sort of solution to long-term health issues. We are, as a society, certainly eating too much so a general lowering of calorie intake is likely to be a good thing but this can be achieved by just eating less daily rather than fasting from time to time.

It's possible that 'intermittent fasting' will be a technique that suits some people but it's hard to keep up long-term; the researcher on the Horizon programme only managed to stick  to alternate day fasting for five weeks, despite being impressed by the positive effect it had on his well-being.

I have an inherent mistrust of 'miracle' cures. The appeal of this sort of approach for many people is as a quick fix for those seeking weight-loss and used in this way, may be no better than any other 'fad' diet.