I HAD enrolled on a clinical medical study into pain response. I’d passed the screening process, and had attended a short familiarisation session to demonstrate the process I would be undergoing.

Now, over at the Icon ward at Manchester Royal Hospital, things had got a little more serious.

“The biggest obstacle I had to overcome was boredom.”

I’d been briefed about how the pain would be administered by the doctor who carried out my screening the previous week. He’d explained to me how two needle electrodes would be inserted just under the first layer of skin on my left arm.

As the electricity passed though my arm, the pain I was experiencing would be measured by carrying out a number of different tests, and I would be asked to rate the pain on a scale of 1 – 10.

I had been told that the only real risk with this study was fainting – a few previous subjects had passed out – but was reassured that fainting isn’t fatal, plus, I’d had no previous experience of fainting so I should be fine.

I got my first taste of pain at the familiarisation session.

The two needle electrodes were inserted about a centimeter apart on my left forearm. The doctor played around with the current to get a picture of my pain threshold. 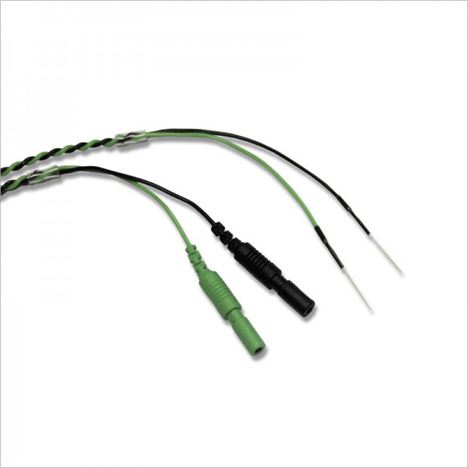 Neddle Electrodes like these were inserted into my forearm

I had been nervous about the pain I was going to be in. I knew that during the real study I would be exposed to pain for over two hours. I searched for a comparable situation. Would it be similar to getting a tattoo? I found that really quite uncomfortable, and it only took 20 minutes. But people get tattoos for hours at a time, what if my pain threshold is pathetically low?

The doctor experimented with the current as we tried to gauge a range that covered 1 – 10 on the pain scale.

The real study, a week later, was exactly the same process. The current varied for 20 minutes, before staying constant for two hours. I was required to give a pain rating every five minutes, and a blood flow scan was taken of my arm every 20 minutes. The skin around the electrodes was also pressed with a nylon filament and stroked with a cotton bud after each scan to measure any changes in sensation.

This was all done unsighted. I wasn’t blind folded or anything, but my only indicator as to whether the current had increased, decreased, or even changed at all, was the feeling in my arm.

I was calm. My nerves faded once the electrical current began to flow and I became lost in the guessing game.

I felt like I was the one who was under pressure to get the data right. My pain level would be at five, and I’d feel a temporary twitch. Was that a change? But now it’s gone? Perhaps it was a trick, a false change to catch me out? I agonised.

I wanted to ask at the end if I’d got the answers right, if I’d passed the test. But I’d forgotten there were no right or wrong answers.

I’m not trying to gloss over the fact I had an uncomfortable feeling in my arm for two hours, or try to convey the process of measuring how much pain I was in as a fun game, but the nature in which my mind wandered is as good an indication as any of the level of pain I was experiencing.

I’ll summarise the scale into something a little more relatable:

3/10 – a throbbing feeling, like when you feel your pulse, but you can feel it on the surface of your skin.

5/10 – similar to pins and needles, begins to feel slightly numb.

7/10 – each beat of the throbbing feeling comes with a sharp scratching pain.

9/10 – even though I didn’t give a pain rating as high as this during the study, I’d rate having a tattoo done as high up the scale as this, to give you a common comparison. 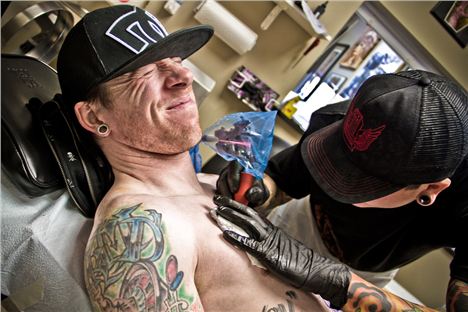 The pain of getting a tattoo is much worse

I had to carry out the whole process twice, both visits being identical experiences – same room, same doctor, same process.

The biggest obstacle to overcome was boredom. Lying on a bed for two hours and 20 minutes staring at the ceiling was excruciating. On my second visit I took a book into the study with me, and solved the problem.

It sounds frivolous, but that really was the biggest obstacle I had to overcome. I was more worried about having to give blood on my post-study check up (I hate giving blood, it makes me dizzy and nauseous) than I was having to repeat the electrocuting my arm bit.

The Icon medical centre at the Royal Hospital is just like any other private hospital ward, except there are no sick people. The staff were great, explaining everything in detail, reassuring me what I was doing was my own choice.

When you sign up to conduct a clinical medical trial they ask you if you are doing it because you want to help bring potentially lifesaving treatments to the market, or for money.

I guess it doesn’t really matter why you get involved, but as somebody who’s been there, don’t be put off by the misconception that it’s some kind of freakshow with pseudo medical professionals walking around with lethal injections.

There are studies that are scarier, and carry more risks (for a lot more money) than the one I completed, but if you’re clever with what you sign up for, you could make a very easy buck.

I felt like I’d robbed somebody when the payment dropped into my bank account. I’d spent two mornings playing guess the pain rating, had two 15 minute visits either side, and was £695 richer.

Although, I do have a cold. What if they’ve given me bird flu? Oh god, it’s happening…

If you missed part one of David's Diary Of A Medical Study Volunteer click here to read.