Saving the shell of a crumbling Victorian ex-hospital from demolition, and transforming it into a sustainable community hub, was never going to be easy. Yet the vision for the Ancoats Dispensary almost became reality thanks to a tenacious group of volunteers, who created the Ancoats Dispensary Trust (ADT) in 2011.

Today, however, ADT admitted defeat after ‘falling at the last hurdle’ in their five-year battle, having prevented the Grade II-listed building’s demise with a peaceful vigil in 2012, raising almost £1.1m in funding and working towards its ambitious redevelopment ever since.

But a subsequent lack of financial support has forced the ‘devastated’ team to hand ownership back to property developers Urban Splash - whose application to demolish the building back in 2011 lead to the formation of the ADT.

Manchester City Council - which owns the freehold to the building - will take back ownership from Urban Splash in February, with plans to work with the Great Places Housing Group on transforming the building into affordable housing while retaining as much of its heritage as possible.

ADT’s problems arose when the Heritage Lottery Fund - who committed £777,000 towards their vision in 2014 - refused the further £4.3m needed, after the trust failed to raise the necessary amount in match funding (almost £1m).

Other reasons included rising costs and concern around future sustainability for the project; which featured a community café, event space and meeting rooms plus two floors of rental space for occupiers focused on wellbeing.

Working in partnership with Igloo Regeneration and Purcell Architects, ADT had hoped to build on the building’s fascinating history and undertook extensive research: the result is a colourful timeline spanning Lowry paintings to the Industrial Revolution and wartime convalescence.

As well as archiving this material and donating to museum collections throughout Manchester, they now plan to use their findings to aid the council and Good Places Housing Group with sensitively redeveloping the 1874 edifice.

​ADT: "The news that Great Places will be redeveloping the Dispensary is extremely welcome" 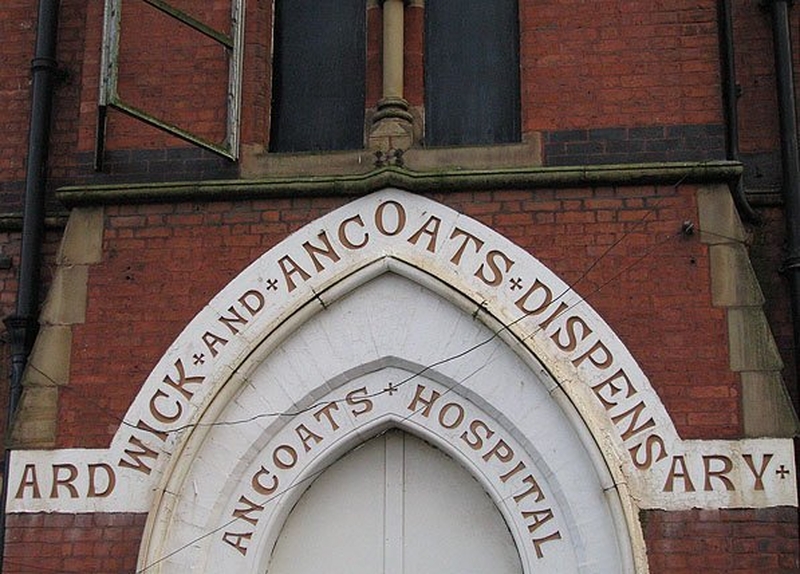 A spokesperson for ADT said that although the demise of the project had been "extremely difficult to accept", the fact that the Dispensary still stands five years later is "testament to the community's love for the building and people power".

They said: "We fought so hard because we believed that the Dispensary’s heritage was unique, and that the stories of people in its community deserved to be told.

"We might not have been fully successful in our vision but, if you believe that something is right, then you fight for it - and we are proud to have fought for so long.

"The news that Great Places will be redeveloping the Dispensary is extremely welcome, and we will work closely with both them and the Council to share all our work to date.”

Councillor Bernard Priest, Deputy Leader of Manchester City Council, said: “The dedication of the Ancoats Dispensary Trust has been admirable throughout their fight to save the property.

"ADT have worked closely with us and other stakeholders over the last few months to find an alternative future for the Dispensary, and our ambition is to partner Great Places to build affordable homes while maintaining as much of the fabric of the remaining building as possible.”