Tribute to 22 victims is a city centre 'glade of light'

The designers for the memorial which will be dedicated to the victims of the Manchester Arena Attack have been chosen.

BCA Landscape and Smiling Wolf were selected by the Manchester Memorial Advisory Group after their design was endorsed by the families of the victims.

The memorial, which will be called 'Glade of Light’, will be built on Fennel Street between Cheetham’s School of Music and Manchester Cathedral.

The design features a grove of trees, which will be lit up at night, as well as 22 memory pools dedicated to the memories of the 22 victims - ten of whom were under 20 years old. The council announced it had set up the charitable fund which will pay for the memorial back in 2017. This complemented the We Love Manchester Emergency Fund, which closed earlier this year having raised almost £22 million.

The flower tributes that carpeted the city after the attack were pressed and preserved by Manchester Art Gallery's Conservation Studios, with some used in memorial books to be presented to the families of the 22 people who lost their lives in the attack. Soft toys and football shirts were given to children’s charities.

Sir Richard Leese, Leader of Manchester City Council, said: "No one in Manchester will ever forget the terrible events of 22 May 2017 and nor will we forget those who lost their lives and others who were badly affected.

"This memorial will be a permanent symbol of remembrance, a tribute to those killed that night and a place to come together in solidarity and reflection." 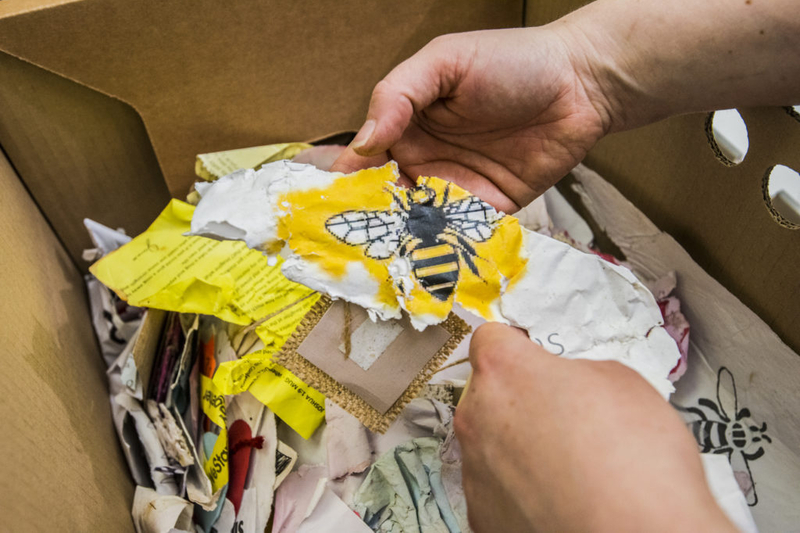 Professor Malcolm Press, chair of the Manchester Memorial Advisory Group and Vice-Chancellor of Manchester Metropolitan University, said: “We have said throughout that we want to create a fitting and lasting tribute. First and foremost this is about the emotional side of the memorial and ensuring that it fulfils its role as a place of loving remembrance and contemplation. We’ve also had to consider more practical aspects, ensuring it can be properly maintained and will be created to the highest standards.

Andy Thomson, Director of BCA Landscape, said: "It is both a great honour and a great responsibility to win the tender to design this memorial.

"We are determined to do our utmost to design a memorial which is a place of tribute, comfort, tranquillity and reflection and do the families of those who lost loved ones and everyone else affected by the attack proud."

Designs have not yet been released to the public.

The creative brief for the memorial required that it:

- Recognise those affected and honour those who died

- Be a place of contemplation

- Be able to meet the need for individual solitude