Manchester’s skyline continues to soar and transform as more schemes and more towers are waved through by the city council’s planning committee.

During the monthly planning meeting held at Manchester Town Hall this week, consent was granted to: Unite's new 32-storey student tower on Oxford Road; redevelopment of the old Boddingtons brewery site into 550 apartments opposite the Manchester Arena on Trinity Way; a new 330-bedroom hotel on the border of The Village; and two new towers by Renaker just off Mancunian Way, one reaching 51 storeys.

While over in Salford Quays, the Royalton Group has just announced it's acquisition of a major waterfront site, Pier 7, at Salford Quays, where it intends to build 1000 new homes, together with new bars, restaurants and green spaces.

More info about each scheme below. 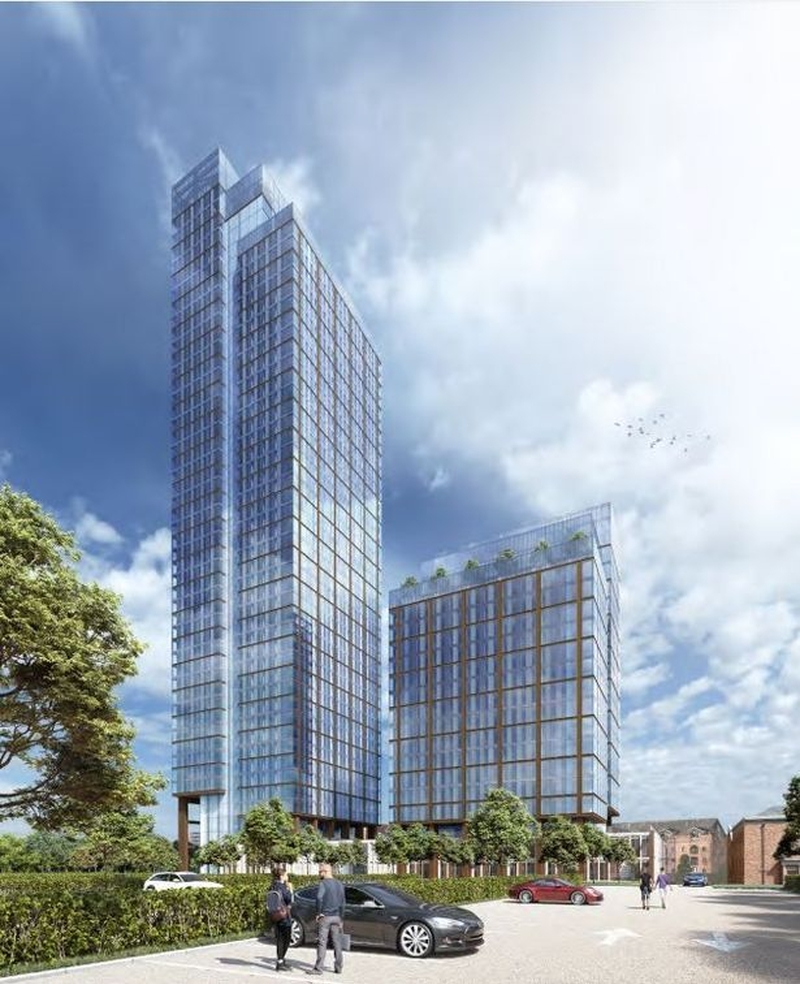 Renaker's plans for two new towers (51 and 21 storeys) on Crown Street, just off Mancunian Way, have been approved.

The towers, designed by SimpsonHaugh and containing 660 apartments, form part of the council's mammoth Great Jackson Street masterplan, which could eventually see a total of 25 structures built on seven plots stretching from Chester Road to Medlock Street. The masterplan includes the two towers currently under construction on Owen Street - one of which becomes the city's tallest building at 64 storeys. 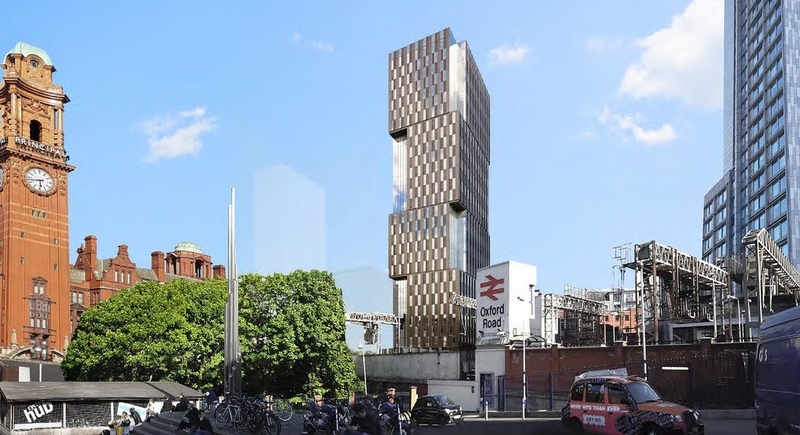 Another SimpsonHaugh-designed skyscraper, this time at 32 storeys, has been approved for the old Sound Control site on New Wakefield Street/Oxford Road.

Original plans were approved back in December 2017, however, Unite submitted a new planning application in April to include two extra storeys and changes to the exterior. 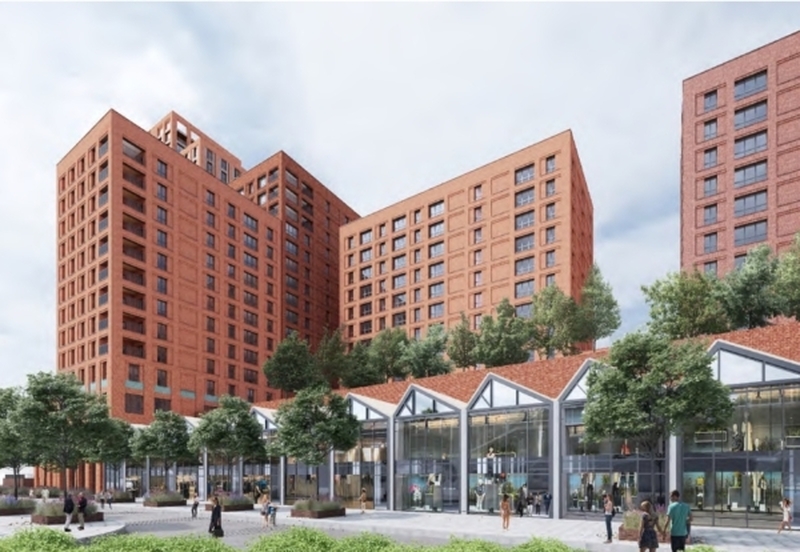 Also approved were plans for 556 new homes and 38,000 sq ft of commercial space at the eastern end of the old Boddingtons Brewery site - currently being used as a car park opposite Manchester Arena on Great Ducie Street.

The £175m development by Prosperity Capital Partners, dubbed 'Old Brewery Gardens', has been designed in red brick by London-based Assael Architecture and will see buildings clustered around a central communal garden which will double up as an open-air cinema. 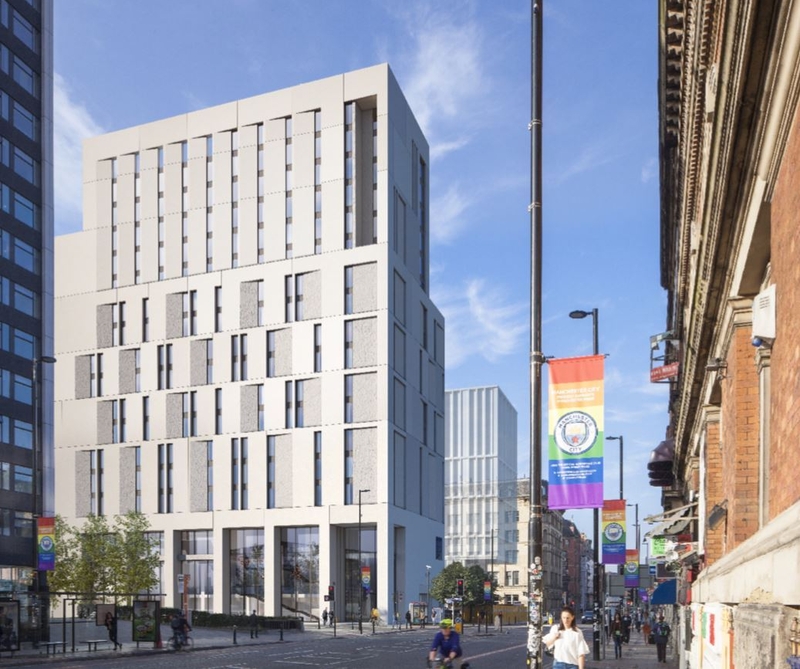 City planners have given the go-ahead to plans to demolish an office block at 55 Portland Street and replace it with a new seventeen-storey, 329-room hotel designed by Manchester's Stephenson Studio.

Put forward by the Property Alliance Group, the hotel will be occupied by Clayton - the Irish hotel brand from the Dalota group.

The scheme has been met with resistance from some in the LGBT community because of the impact on the nearby Gay Village. Construction on an adjacent 180-bed hotel and casino is already well underway.

Other major property news this week... 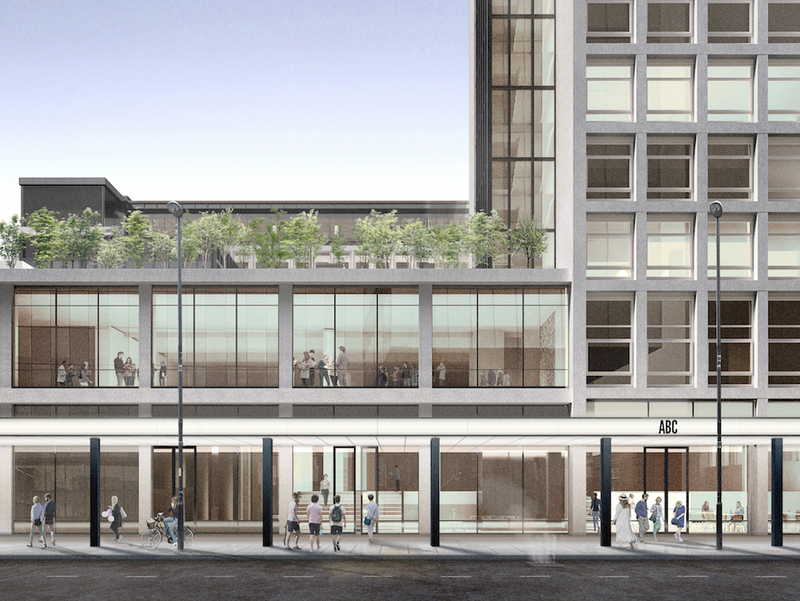 Developer Allied London has revealed its updated vision for Enterprise City - a new cluster of media, creative and tech companies housed within a number of buildings across the wider St John's neighbourhood.

The first phase includes development of The ABC buildings (formerly Astley Byrom House) - a 1960s Brutalist structure which will see many of its original features retained and repurposed for modern-day media companies, including global production company Endemol Shine.

The first phase will also include development of All Studios (formerly Old Granada Studios) and The Bonded Warehouse, which will contain six levels of workspaces, studios, retail spaces and event spaces for mostly tech orientated companies. The Bonded Warehouse will also house 'The Department' - a home for the 'Manchester tech hub'. 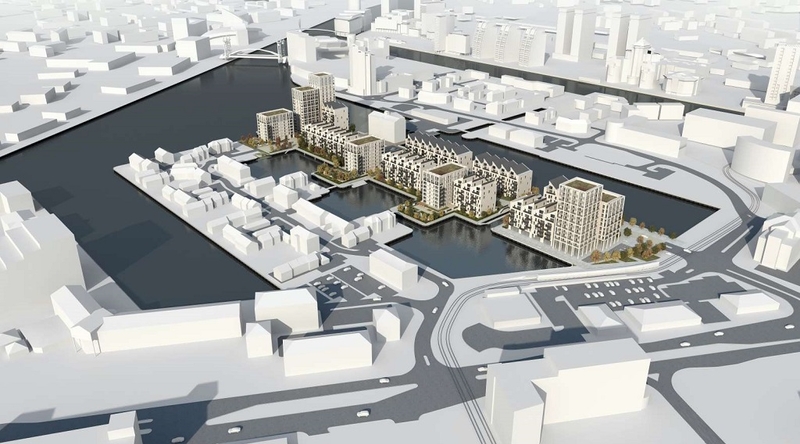 The Royalton Group, in partnership with Frogmore, has acquired a major 8.3-acre waterfront site, known as Pier 7, at Salford Quays for its first scheme in Manchester.

Royalton plans to build more than 1,000 homes, together with new bars, restaurants and landscaped squares designed by SimpsonHaugh Architects.

Royalton founder and chief executive Ken Parker said: “This is an exceptional opportunity to create a world class address and we are incredibly excited. To have more than eight acres of waterfront land in the fastest growing city outside of London is a unique opportunity and we will make this a wonderful place to live."

Revised plans are expected to be submitted by the end of 2018.

Like that? Then how about... How much? Green Quarter residents told to pay £3m to replace Grenfell-style cladding