I was cycling through Harpurhey on Monday and nearly fell off my bike laughing. At a pedestrian crossing close to the shopping centre there was a 30-year-old man with a shopping trolley filled with toilet roll and hand wipes. Six feet behind him, and clearly unrelated in any way, was an elderly woman who looked about 80 and as if she could take on a battalion of Royal Marines single-handedly.

What is more clear, as happened with those previous pandemics, is that these times will finish, that life will return, subtly altered, to normal

She had a shopping trolley as well, ASDA was being hit it seems. Our 80-year-old’s shopping excursion had been different from the man ahead of her. Ethel’s trolley wasn’t filled with bog roll, no, our heroine had several cases of beer, wine, a couple of 750ml sherries and, I think, three bottles of whisky.

I said to her as she crossed in front of me: “Proper panic buying that.” She turned and in voice of pure gravel said: “Life’s essentials, love.” I’m pretty sure she winked.

I'd cycled up to Heaton Park on Monday, to get the views from the city's highest point close to the Temple there. It gave me perspective, a quality so many are lacking right now.

Extreme circumstances lead to extreme reactions, such as over-stocking on your personal hygiene products. But the most ludicrous aspect to contemporary life are the ridiculous conspiracy theories scooting about.

Taxi drivers and men in pubs talking to anyone within voice range are the richest seams of the absurd. What these ‘experts’ say can be terrifying. 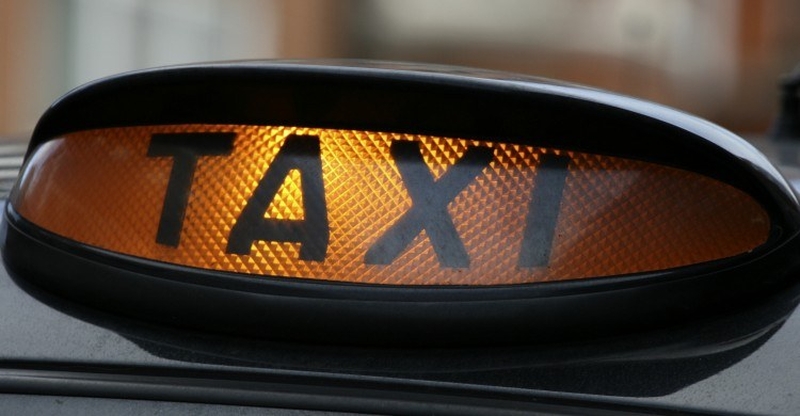 A taxi driver said to me on Tuesday: “Me and my mates have heard the US and China created this virus thing to kill all the older people and Muslims.”

“Eh, the US and China working together?” I said. “You've really not been watching the news about the relationship between China and the US have you?”

“I trust what my mates say, not the news, and what they hear online,” he said.

“You don’t trust the edited, professional media, such as the BBC, but rather your friends and social media?” I said.

“Yeah, because the media never tells the truth,” he said.

He got no tip, but lots of argument. Still, it shook me to think millions of people probably do the same and trust the idiotic cacophony of cack that is social media, rather than the edited, established media.

Another taxi driver said: “I’ve been told by my friends that Coronavirus is God's punishment.”

“He’s angry because we’ve forgotten Him,” he said

“He's a needy bugger, isn’t He?” I said, thinking how every crisis in human history has been explained by religious loonies this way.

“He loves us that’s why,” the man replied.

That made no sense to me. Nor did the man in the Oxnoble pub who said: “Bloody typical, I knew it. Boris is a remainer at heart and he knows this virus thing will slow Brexit down, that's why we're doing this.” That was so stupid there was no point replying. Nor was any point responding to a remark by a well-known figure in Manchester that the Iranians had chemically made Covid-19 to attack the West and China.

“But it’s backfired,” he said, “because Iran is really suffering.”

Madness. Almost as batty (sorry, don’t mention bats Jonathan) as the audio clip my son sent me from lockdown in Barcelona of a ridiculous man on social media claiming coronavirus was softening us up. “When we’re all sick, the aliens, currently hiding behind the dark side of the moon, will attack. That’s why the West and China, the countries with the most powerful militaries, are being hit hard.”

Mark Garner and I went on a last pub and bar crawl on Thursday (to support the industry of course). There was nobody, or maybe three other people, in any of the venues we visited. The busiest place was the Hare & Hounds pub on Shudehill. The traditional pubs across Manchester generally seemed the busiest. Some shops were still open, namely a sex shop on Hilton Street and Fred Aldous.

Manchester, if you want to nip down to the Northern Quarter for supplies you can stock up on dildoes, poppers and some lovely arts and crafts products. Something for those quiet moments when you're isolated in home.

At rush hour at the busy junction of Newton Street and Hilton Street you could have lain down in the road and had a kip.

One of my favourite quotes about the city is this from Sir Edward Abbott Parry in 1912. He wrote: ‘For Manchester is the place where people do things. It’s good to talk about doing things, but better still to do them. Don’t talk about what you are going to do – do it.’ That is the Manchester habit. And in the past through the manifestation of this quality the word Manchester became a synonym for energy and freedom and the right to do and to think without shackles.’

For Mancunians, for Britons, for so many in the world much of the ‘doing’ is now being done from home. There is no need for conspiracy theories to explain what is happening. This is a pandemic like so many in the past. What is different, perhaps, is it’s a pandemic in the digital age of 2020 so our reaction varies from those in the past. It's almost cruelly humorous that a commonplace digital word is 'viral'. Some of these batshit (please stop mentioning bats Jonathan) theories are being spread virally on social media.

What is more clear is that these times will finish, that life will return, subtly altered, to normal. There need be no heavenly intervention to guarantee that.