Thirty-seven-year-old Rhys, who lost his battle with cancer earlier this year, led the north-west group of Shine Cancer Support, and now Chop House pals want to continue his commitment by raising money to help the group thrive in the region.

Owner of the three Manchester Chop Houses Roger Ward says: “We wanted to do something in memory of Rhys and to support Shine, so, at the funeral, I suggested we use the Manchester 10K as a fundraiser. It seemed a good way to create something positive at the time.”

Roger will be joined by a 30-strong gang, including Rhys’s wife Rhea and one of his best mates, “Big Chris” Bramhall. Says Roger: “We compare training notes over a pint and have a laugh.”

This fits perfectly with Rhys’s ethos, who started organising meetings in The Albert Square Chop House after his diagnosis in July 2015, determined to carry on enjoying life in spite of his cancer and believing socialising to be a positive contribution in approaching the illness.

Rhys’s friends and family will be running for Shine Cancer Support, the only cancer charity in the UK that focuses on supporting people in their twenties, thirties and forties.

Roger concludes: “We all know we are running for someone who left big shoes to fill. And now we’re crossing everything that our own big trainers go the distance for Rhys.”

The Chop House team will be doing the Great Manchester Run on Sunday 28 May. Find out more and sponsor them here. 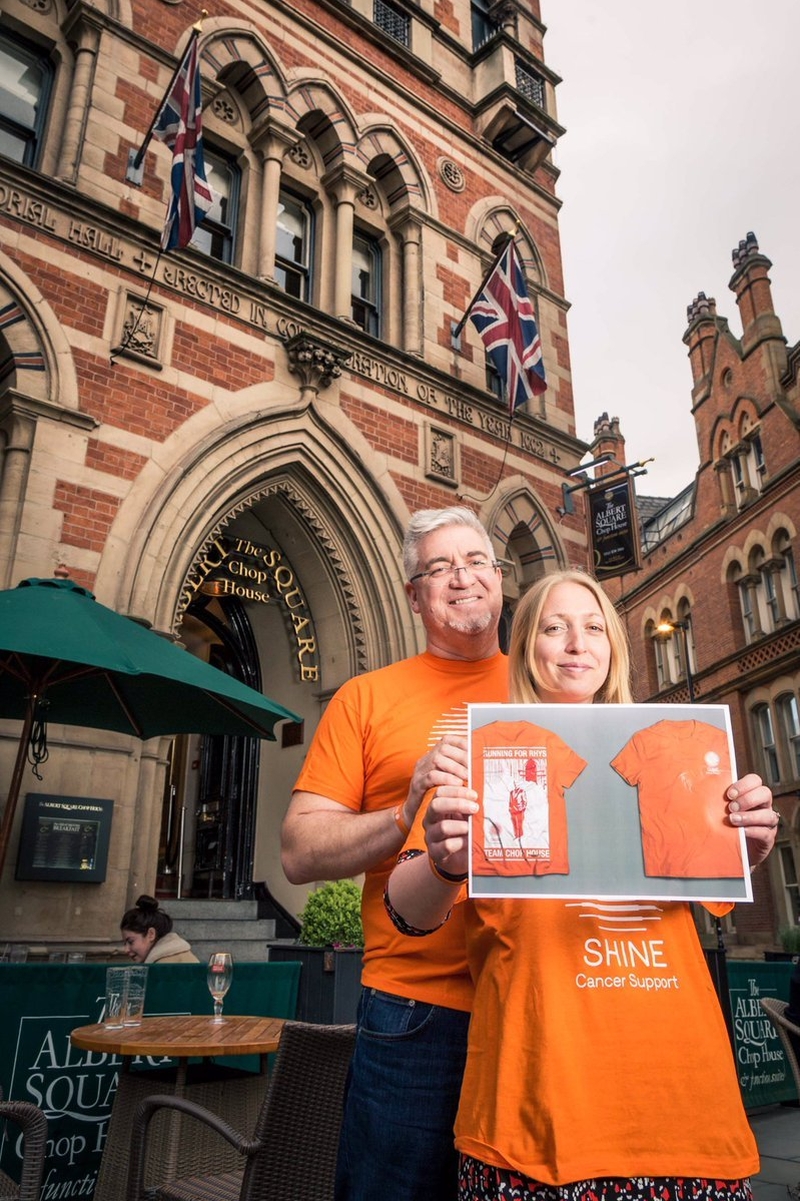