Chateau chic in the heart of the Bordeaux vineyards

IT’S always really intoxicating to lodge among the vineyards. I’ve done it in Burgundy, Piemonte, Ribero del Duero, Napa and New Zealand – both at buzzing harvest time when the grapes are headily ripe and in somnolent winter, when the gnarled vines are achingly naked.

Sometimes the hotel stay has been at the end of a long hike over switchback hillsides; at others after an equally intense day of tasting the wines of the terroir.

Our journey’s end this time, after a more frenetic journey, was the ravishing 17th century Chateau Cordeillan-Bages on the Medoc Peninsula, home to Bordeaux’s finest wines. Driving down France’s Atlantic coast, the plan had been, to take the ferry shortcut across the Gironde from Blaye to Pauillac, landing just 15km from our Relais & Chateaux, Michelin-starred destination. 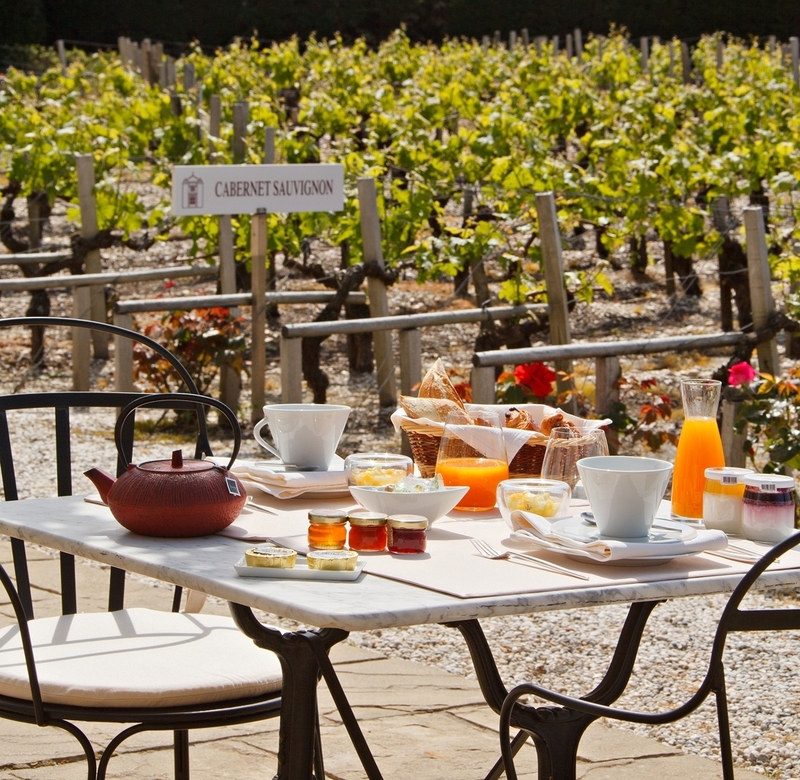 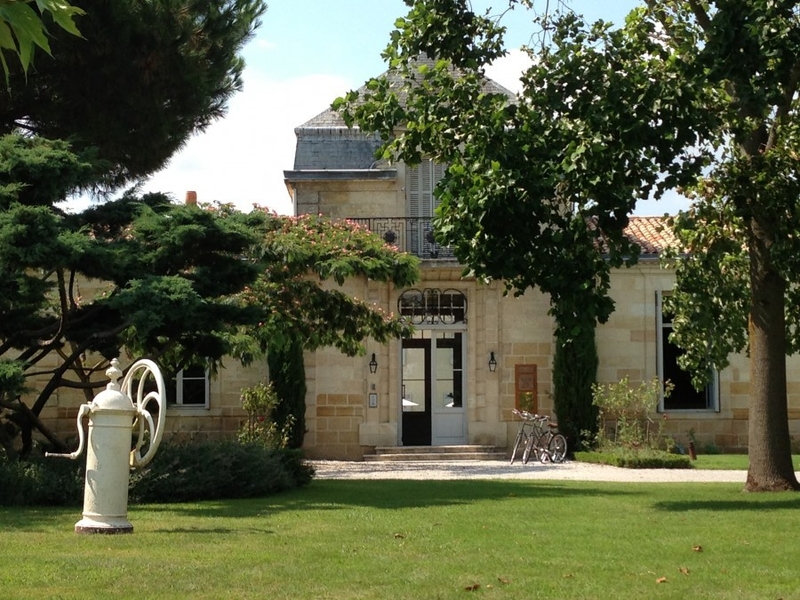 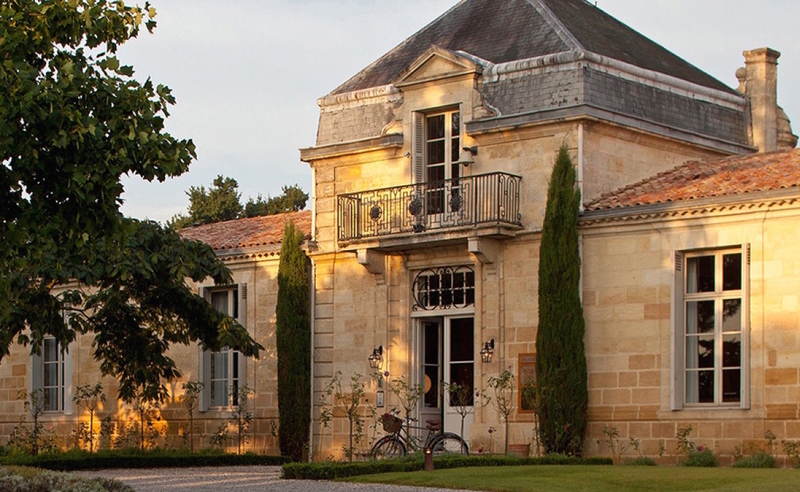 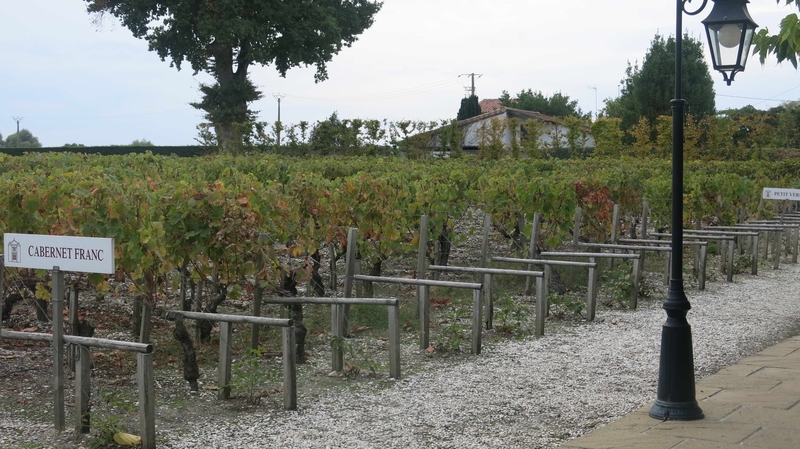 Alas, of all the bad luck, the winter timetable kicked in that day, so we missed the boat. Rather than an epic wait for the next, we detoured round Bordeaux’s intimidating sprawl and laboured back up the D2, Medoc's main artery. Dreary at first until the vineyard gateways start appearing, a roll call of legendary Chateaux flickering past. The village names are equally evocative – Margaux, Beychevelle Saint Julien, Pauillac, Saint Estèphe. 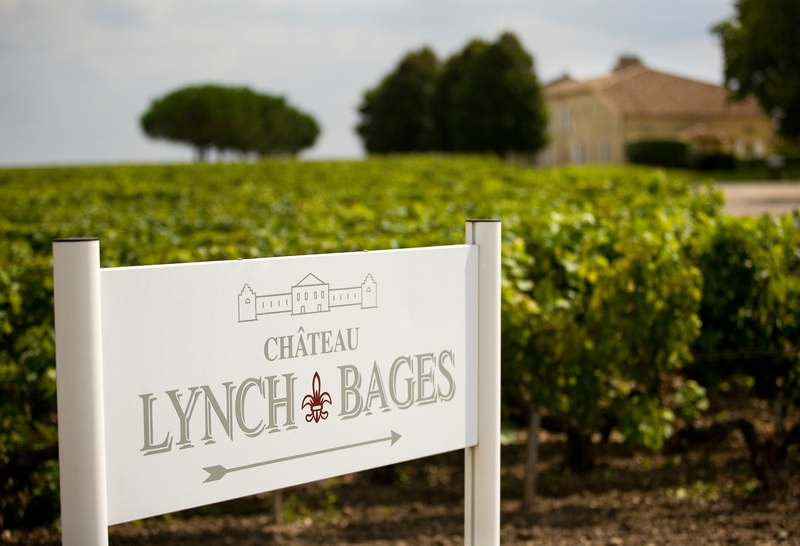 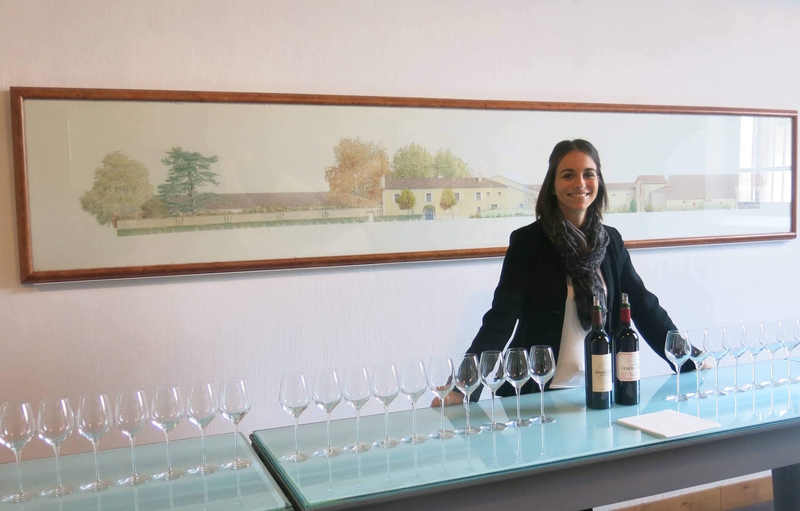 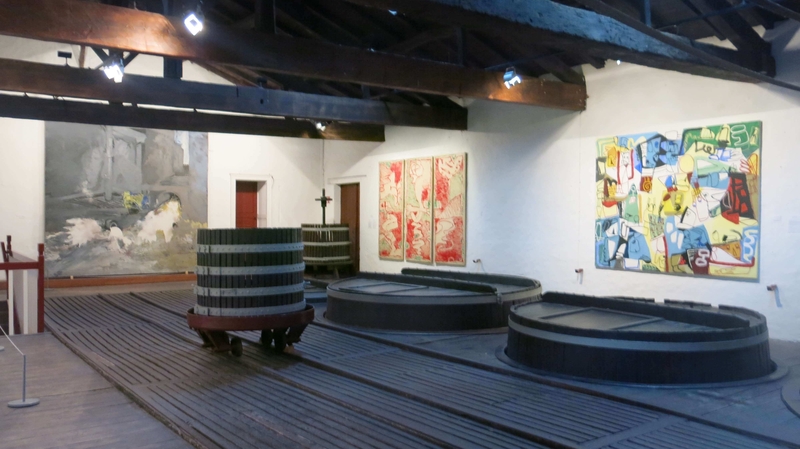 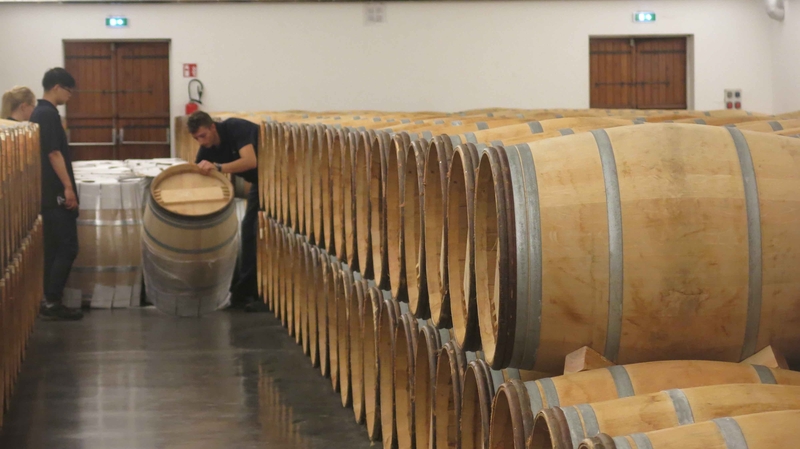 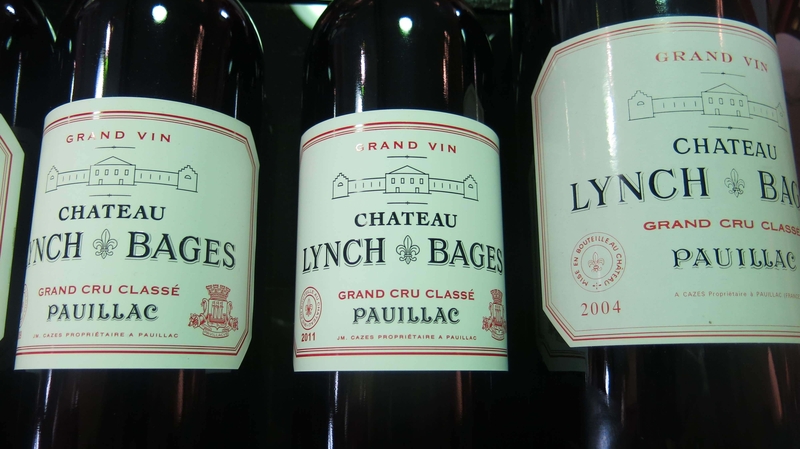 The hamlet of Bages village, set back on a granited outcrop just before Paulliac, is a different beast. Jean-Michel Cazes, owner of Chateau Lynch-Bages, spotted the upmarket tourist potential in a region of aloof Grand Cru mansions and only a scattering of hotels. So he and his family restored the abandoned village adjoining Lynch-Bages, creating a bistro, fine bakery and grocery store, butcher’s, bike workshop and a wine school arranged around the central square.

Jewel of this grand homage to the vine, though, is Chateau Cordeillan-Bages, a short walk away through the vine rows. As a 28-bedroom/suite hotel, it dates back to 1989; once a ‘chartreuse’ (home for retired nuns) in the 19th century, it retains turrets from the first building here back in the 17th century.

Our first impression was of some chic, light-filled, art-laden country house, staff immediately putting us at our ease. A cold beer out on the terrace helped, vines all around. Experimental plots mainly across two hectares; compared with the ‘serious’ Lynch wines boutique Cordeillan is a mere Marie Antoinette playing at shepherdesses. 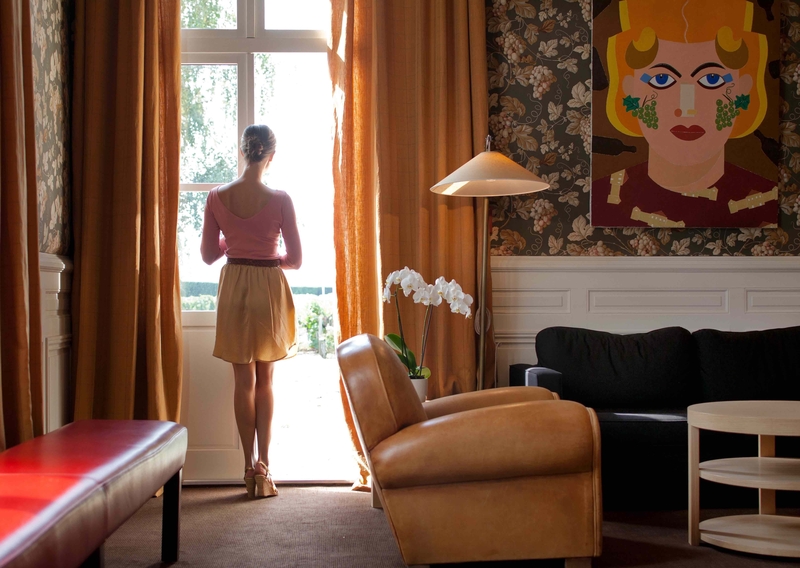 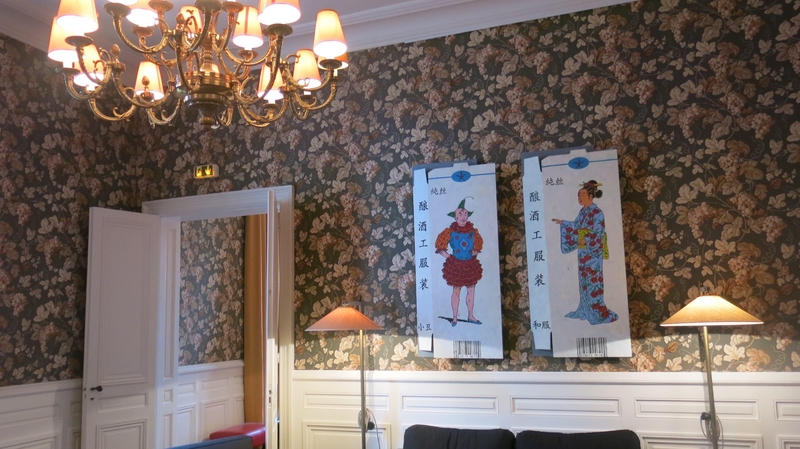 We checked out the state-of-the-art spa and 25m heated swimming pool discreetly housed at the rear and appreciated the nothing-but-the best trappings of our room – Italian king-size bed, designer furniture and lamps (Franck Gehry, Andrée Putman, Achile Castiglioni, Gae Aulenti and the like), but inevitably the wine cellar and the dining room were calling siren-like.

Head sommelier Arnaud Le Saux showed us round the former, an Aladdin’s Cave of more gan 1,500 different wines with its share of Bordeaux Premier Cru Classés, naturally. Lynch-Bages was only rated a fifth growth in the 1855 Grand Cru Classé classification, but has punched way above its weight ever since, with prices to match. 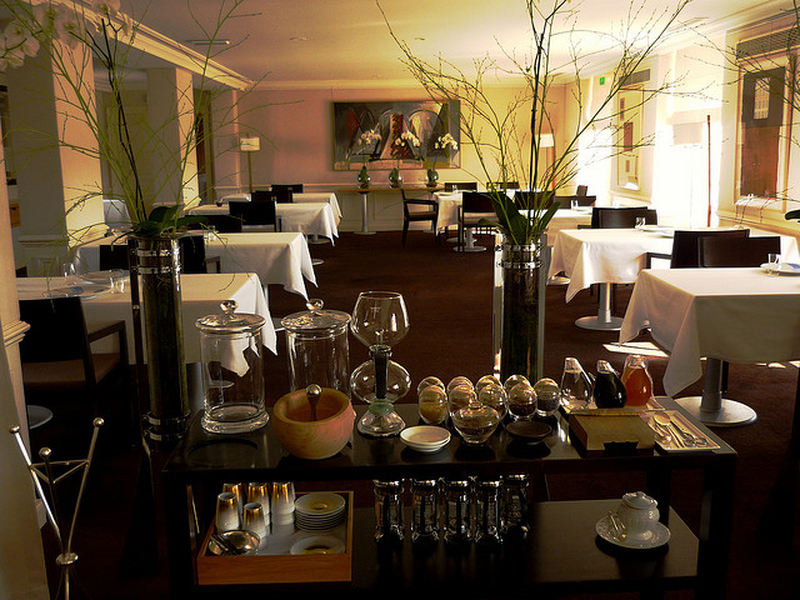 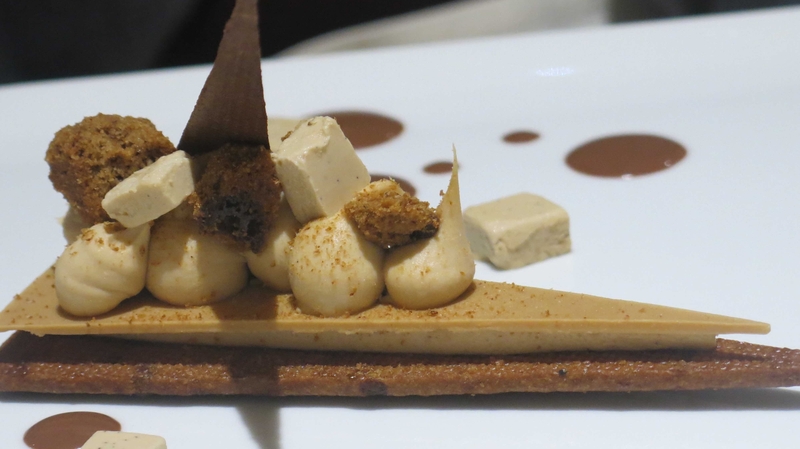 The dining room is surprisingly unshowy, a discreet canvas for the extraordinary, exquisite food we were served at dinner, with wines that included an unexpected white from Lynch-Bages that was a floral meadow on the nose and fresh citrus and subtle oak on the palate.

Our chef was Jean Luc Rocha, one of the rising superstars of French cuisine, who had won the title of Meilleur Ouvrier de France in 2007 at the tender age of 30. Ours was one of the last meals he cooked at Cordeillan-Bages before he left for a new job in Paris, he restaurant losing its two Michelin stars, as is the rule.

Expect at least one to be restored swiftly under his replacement, in situ when the hotel opens on April 15 after its winter break. Normandy-born Julien Lefebvre, 34, who trained at the Paris 3 star Le Pré Catelan, has a strong pedigree in his own right. He’ll also oversee the menu at Cafe Lavinal in Bages village, whose 1930s brasserie inspired interior was a très agréable setting for our lunch after wine tasting and inspecting the unique collection of vintage winemaking equipment at Lynch-Bages.

Only frustration that lunchtime was restricting our consumption of a glorious bottle of Les Ormes de Pez claret because of the need to drive afterwards to the tip of the peninsula to catch the car ferry across to Royan and further adventures.

We passed Cazes-owned Les Ormes de Pez en route. This property will host the Cazes' Cercle Lynch-Bages wine tastings for the next couple of years, while the winemaking facilities and cellars at Chateaus Lynch-Bages  are renovated (while retaining the historic fermentation vat from 1850).

It’s all go. The company has also (in a rare move for the Medoc) just bought the neighbouring Fifth Growth Chateau of Haut-Batailley, giving them 15 per cent of the entire Pauillac vineyard holdings. In good hands, I’d say.

The hotel staff diligently checked our ferry times to ensure no mistakes! They are happy to arrange whole itineraries, so you can explore one of the world’s wine regions and even explore the many pleasures of Bordeaux proper an hour’s drive south. The new ‘Gurgleheim’ mega museum devoted to the grape, La Cité du Vin is pulling in the crowds – see Amy James’ first hand report below.

Or, if your wallet is up to it, dine at Le Pressoir d'Argent by Gordon Ramsay in the city’s Grand Hotel for the past two years, which has meteorically risen to Michelin 2-star status with the shrinking violet chef promising three stars before five years are out.

There’s plenty to occupy you just off the D2. Pauillacmakes a perfect central base with its access to the estuary and its 18 Grands Crus, including Lafite Rothschild, Latour, Mouton Rothschild, Pichon Longueville, Pontet Canet and, of course, Lynch-Bages, Pick up a copy of the tourist office’s Architecture of Chateaux Guide. 1 Quite unique with its Asian architectural influence, Second Growth Cos d’Estournel is just across the road from First Growth Chateau Lafite Rothschild and its stunning wines aren’t so very far behind in quality. 2 Another ‘Super Second’, Chateau Pichon Longueville Baron (known more commonly as Pichon Baron) is also neighbour to a First Growth, Latour. If the wine isn’t quite at that level, the fairytale Chateau is certainly prettier. A TRIP to Bordeaux is incomplete without a visit to the newly opened Cite du Vin (above). The so-called Guggenheim of wine offers a completely modern museum experience, meaning that with all the new technology it features, even a reluctant wine novice would be hard put not to engage.

Features in this permanent exhibition include ‘The Terroir Table” bringing you to vineyards all over the world as well as the ‘E-vine” which covers wine making from the ground up. A key feature is the virtual tour guide which 'plugs into'  each exhibit (available in 8 different languages), so to a certain extent you can create your own experience and focus on areas that are especially interesting to you.

After two or three hours of exploring (easily done), and feeling much better equipped to handle a conversation about wine, you can head up to the top floor where you can enjoy a panoramic view of beautiful Bordeaux along with a glass of wine of your choice from the hundreds of varieties that are stocked in the museum.  I tried some Georgian wine for the first time. Aged underground in clay pots it tasted a little like white port.

Yes, the building is lovely, but the exterior is ever so slightly disappointing in real life.  My only other gripe is that given the number of wines available to try, it seems a shame that it is only possible to taste only one while you are there, unless you book a special tutorial in advance.

Neil Sowerby flew from Manchester to Nantes with www.flybe.com who run a regular service four times a week. Cordeillan Bages is a four hour drive away. He parked at Manchester Airport. For full details of parking options there visit this link.