This double bill, two thirds of Puccini’s trio of one-act operas, Il Trittico, is so very much a case of chalk and cheesy. Suor (Sister) Angelica is tragic - set in a convent, exquisite and austere - and Gianni Schicchi revolves around the reading of a will: cue one of those template greedy-relatives plots, much beloved of everyone from Ben Jonson through to ‘Allo ‘Allo.

It is not the usual Christmas fayre usually provided by the RNCM, although the second of the operas is on the pantomimic end of the scale.

The tale of the aristocratic Angelica (Linda Richardson), coerced into the convent after the birth of her illegitimate child, is an hour of … well, woe. It was sung beautifully by all involved, and the interplay between solos and the group in the first half hour was pleasingly sharp and well timed. ‘So many nuns’ my notes record; presaged by dancing piccolo and flutes, as the sisterhood enters. 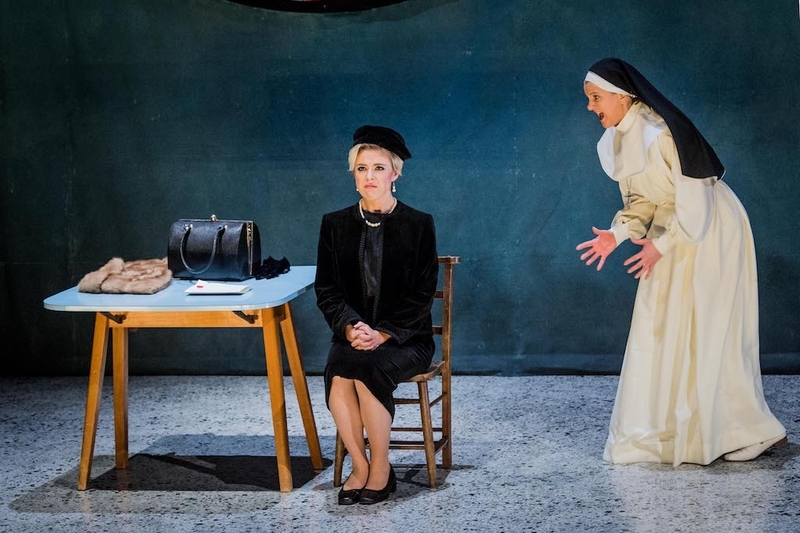 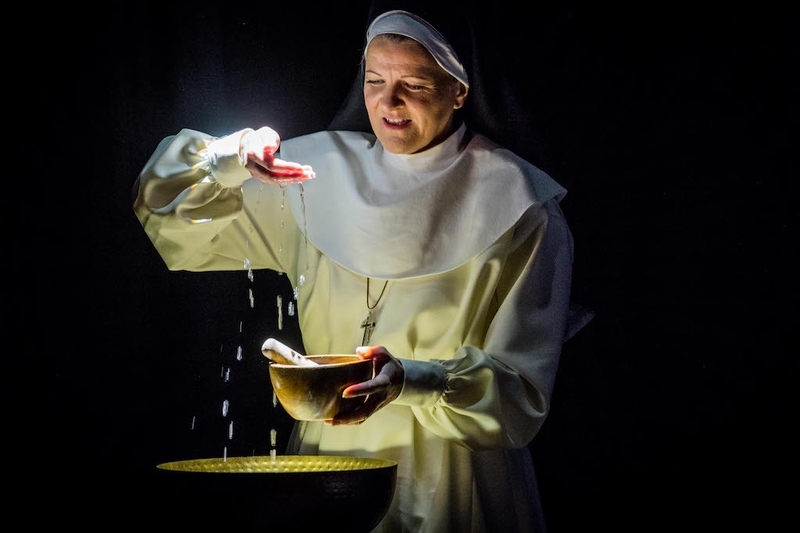 The staging – a spotlight on stage left, doubling as a font; a small statue of the Virgin, hands spread in supplication, stage right; and a large cruciform entrance in the backdrop where the nuns entered - was simple and elegant. The nuns, in slight variation of habit and witty variation of wimple, were well-marshalled, and the singing was a real highlight. It’s not exactly an advert for the ascetic lifestyle, though a fair amount of wit was on display, including a prostrate nun doing penance: ‘she smiled in choir and made people laugh’ made me guffaw.

After the first scene it is a complete shock when Angelica’s aunt arrives, Stephanie Maitland all fox-fur rap, hauteur and make up. She somehow commanded the stage whilst sitting at a table. The interplay between aunt and niece was a tense, wrought, encounter. The orchestra, conducted by Martin André, moved into a darker cadence, led by oboes and cellos. The large circular stained-glass window (actually a curtain) looking down on the singers, the side-spotlight evoking the sinking of a late-afternoon sun, the emotional wrench of the aunt's news, all contributed to a baleful mood. 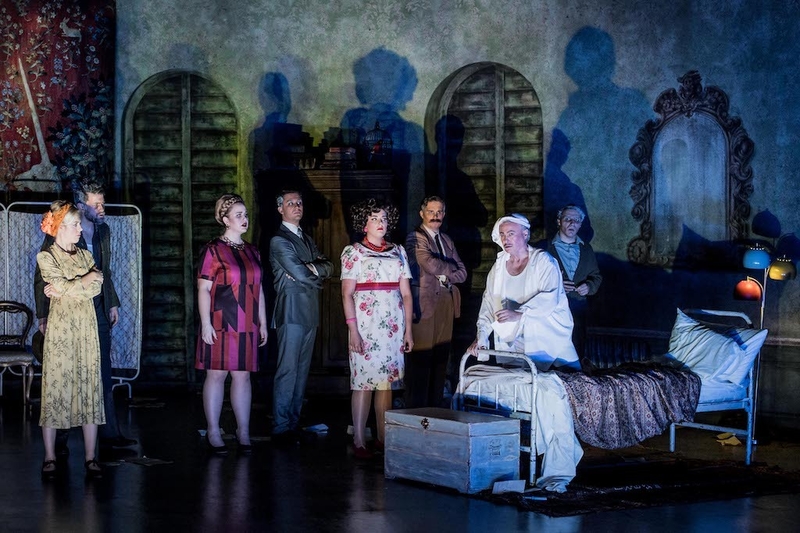 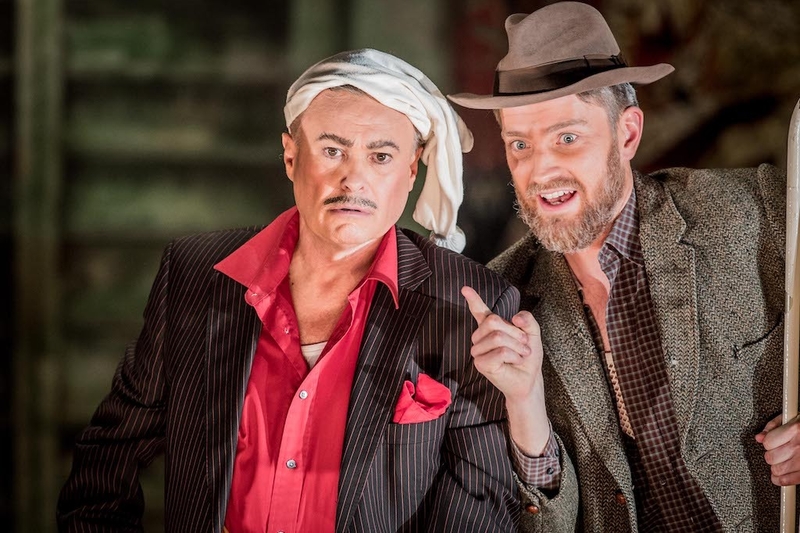 And then Linda Richardson's appeal 'When will I be able to kiss you?' and 'When will I die?' - capped by her standing centre-stage and arm outstretched, singing a single sustained ethereal note - just about silenced everyone in the audience. An outstanding hour of art and music and theatre.

After the interval the quirky, chirpy, sardonic Gianna Schicchi had a cartoonish quality, which was only partially successful – the semi-circular staging and direction occasionally leaked tension when it should have pumped it up. The central performance though, by Quentin Hayes, channelling Mark Rylance, carried you along: his cunning and his singing, amidst the covetous band of relatives was spot on. The whole ensemble was excellent, and the orchestra was adept at the twists and turns of the score, keeping the singers company through the famous aria, impersonations, dead bodies in wardrobes, Simone's, the excellent Stephen Fort, grandiose '... and former mayor' foolishness.

So, not exactly Christmassy, but definitely worth grabbing a ticket.

Suor Angelica and Gianni Schicchi runs at RNCM until 15 December