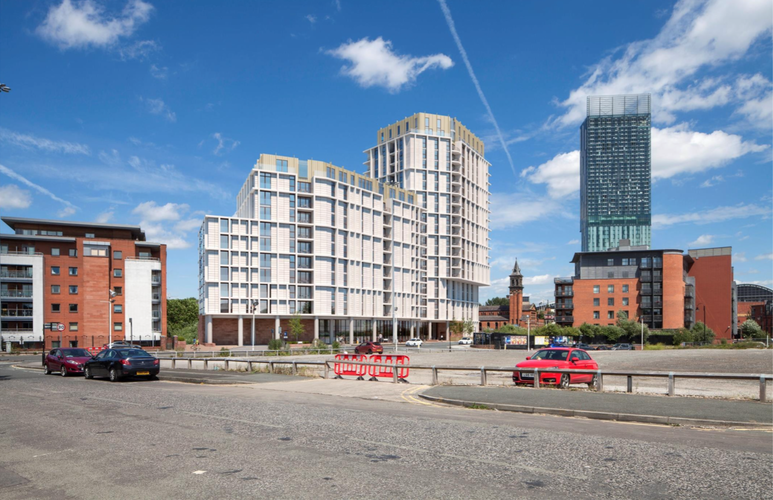 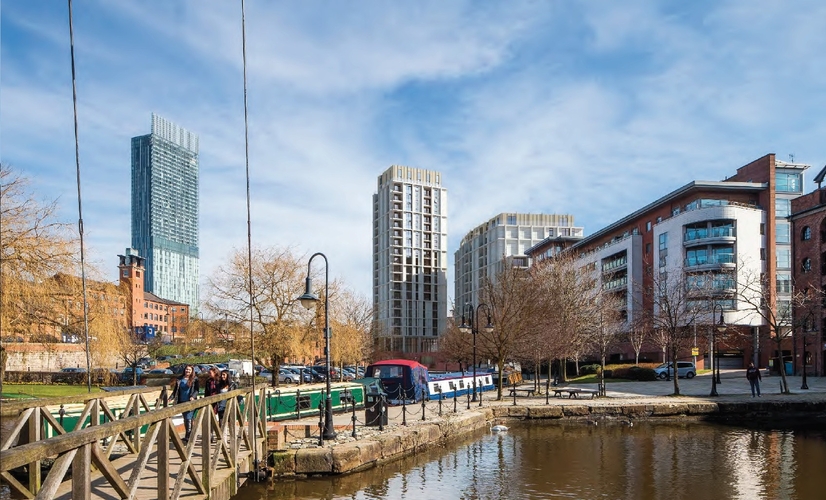 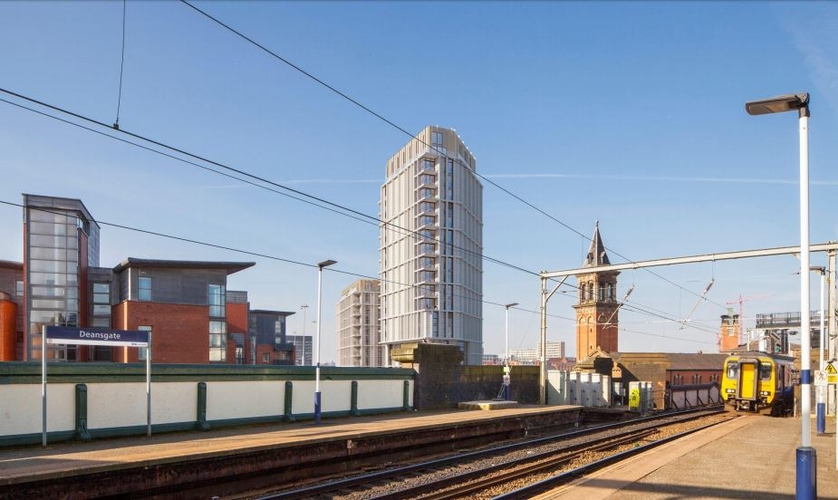 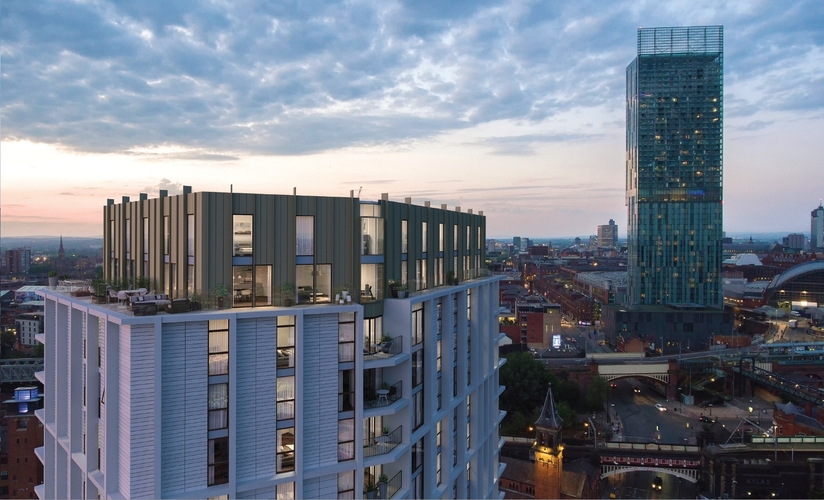 Members and supporters petition planning committee ahead of council meeting

UPDATE (13/01): The Planning Committee have deferred a decision on the development until after undertaking a site visit on Thursday 9 February.

A VOLUNTARY community group set up to preserve the essence of the historic Castlefield area of the city has written to all councillors on the council planning committee, ahead of this Thursday's meeting, to protest against a new high rise apartment scheme.

The group have referred to the two tower scheme as “cultural vandalism” and are asking councillors to adjourn any decision until they have had the opportunity to visit the historic conservation area in person. The site, developed by construction company Renaker Build and designed by OMI architects, is located next to the distinctive Grade II listed former Congregation Chapel and viaduct.

It is also close to Castlefield Park, the site of Roman Mamucium which was founded in 79 AD, and the foundations of granaries and other ancient Roman buildings have been discovered nearby.

2-4 Chester Road was last occupied by Quay Bar which was demolished in 2007, leaving the area standing vacant for almost a decade. The proposed plan on the 3,743 sq metre plot comprises of 8 and 21 storey towers housing a number of one, two and three-bed apartments and penthouses. Plans also incorporate associated underground parking, a communal landscaped terrace, leisure facilities and concierge services.

The strongly-worded letter, on behalf of Castlefield Forum’s 137 members, follows an organised petition which gathered 373 signatures opposing the application, as well as a closely-argued objection submitted to the head of planning Julie Roscoe, in October.

The Forum has objected to the scheme on the grounds that the current proposals are not world class and so are simply not good enough for this unique location which was designated a Conservation Area in 1979. The Department of Environment gave the Castlefield Basin area the status of ‘outstanding conservation area’ in 1980 and two years later it was declared as the world’s first ‘Urban Heritage Park’ and included in the Government’s shortlist of potential World Heritage Sites.

The scheme has attracted widespread criticism and local residents believe the modern towers will fundamentally damage the unique character of one of Manchester’s most important historic areas.

Castlefield Estates, who own Dukes 92 and Albert’s Shed, are also objecting to this planning application and have commissioned their own Heritage Impact Assessment which concludes that the proposals will 'neither preserve nor enhance the character of one of Manchester’s most important and significant Conservation Areas' and that 'quite clearly the overall impact will be substantial and damaging'.

So far, Renaker has offered no official response to the complaints but a residential design guide draft, commissioned as part of the design and access statement put together by Deloitte’s identifies that 'a key component, identified in the Manchester Residential Growth Strategy, is the need to deliver a minimum of 25,000 new homes over the next 10 years to sustain the positive economic and population growth forecast in Manchester.'

The thrust of Castlefield Forum’s argument is that 'when two different professional assessors come up with opposing views of the impact of development proposals, then it is essential that Planning Committee Councillors are able to assess their impact, personally and directly, by making a site visit before reaching a considered decision.'

Although this will result in a delay in determining this application, it does seem like a reasonable request. Understandably, councillors are mindful of the need for Manchester to continue to attract international investment and be recognised as one of Europe’s finest cities, but whatever is built on this site will be standing long after we are all gone. A delay of some four weeks and a walk across town is worth making to ensure the decision is right for this special location.