Blog We Love: 50 Shades Of Dave

About the blogger: Dave King is a man. A man on a mission. A man who has taken it upon himself to read 50 Shades of Grey to try to see what is making women all hot under the collar, and whether men are missing out. He reads 50 Shades so you don’t have to.

What is it about? EL James’ sexplicit 50 Shades trilogy has caused quite the storm this year, prompting hushed female conversations and conspiratorial giggle-fits in living rooms, on trains and around water coolers across the country.

Personally, I failed to see the appeal. Instead of being titillated by the escapades of 21-year-old virgin Anastasia Steele and young, hot, bajillionnaire Christian Grey, I found myself simultaneously bored, bewildered and enraged.

Thankfully, Dave is well aware of the more ridiculous elements of what is, essentially, one woman’s fantasy, and wastes no time in tearing it apart for our amusement and reading pleasure.

Why do we love it? This blog should come with a warning: do not consume foodstuffs or beverages whilst reading, else you risk spraying your monitor screen.

Dave’s candid, no-holds-barred entries are eye-wateringly, pants-wettingly hilarious. Die-hard fans who won’t hear anything remotely negative said about their favourite sex god Grey might be better steering clear, but most fans would still get a good belly laugh from his good-humoured lampooning. He also manages to be even more shocking than his source material, embracing the full spectrum of vulgarity with barely repressed glee.

Ana walks into the lobby which is partly constructed from steel. A lobby is a large cavernous entrance. Grey enters and exits the lobby every day. The lobby is a massive steel vagina. What am I talking about? I did not expect to write that sentence during this little project. 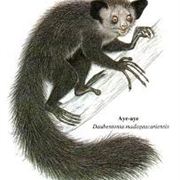 Christian Grey: Slender Fingers Ana is dressed like an Aunt, wearing a sweater, boots and a jacket. Just to clarify, I didn't hit the 'a' key instead of the 'c' key. She feels self conscious, a point which is repeatedly brought up. I lost count of the number of times Ana felt out of place, clumsy, intimidated by other women or acknowledging that she'd rather be elsewhere. She is a bit 'meh,' the sort of person who says sorry even if you bump into them.

Very quickly we learn 2 things about Christian. Firstly, he's a bit ginger. This will explain why every woman wants Ryan Gosling to play him in the film version rather than Rupert Grint.

Christian also has long fingers. This is mentioned at least 3 times. Christian is essentially an Aye-Aye...

On Friday night, not much is going on. Luckily, José turns up with a bottle of PARTY!! That's actually not true...he just brings 1 bottle of champagne and he tells them about a gallery that is showing his photos. José can go away. He's annoying. He seemed quite sassy to begin with, rocking up with booze and twinkly eyes...but it turns out he's just got a crush on Ana and is probably trying to get her drunk. Back to Mexico with you José. 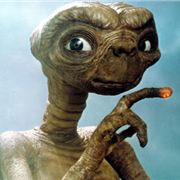 Christian Grey: ET?The day after and Ana is back at work, having the time of her life at the hardware store. Next thing you know, CHRISTIAN GREY IS THERE!! WHERE THE FUCK HAS HE COME FROM?? HE'S DRIVEN 165 MILES!! IS HE MENTAL??

The rest of the chapter is taken up with Christian Grey's shopping trip. It seems as if he's getting hard looking at the wares. He buys cable ties, tape, rope and overalls. What can he possibly be up to? I can't think of a single DIY job that would involve all of those ite...OOOHHHHHHH....Ana, you are going to get it.

Once again there are a few mentions of his long fingers, specifically his index finger. It now seems as if Christian is E.T, the only difference being that Christian does not have a face like a scrotum...

Woman gets up and has breakfast.

As you know, I have previously alluded to the fact that this book is a little bit rapey. In Chapter 4, José thought that in order to win a woman over, you had to lick her on the face as if she was a skin flavoured lollypop. Elliot also gives off some creepy vibes, taking advantage of drunk women by continually using his penis as a jousting pole. I'm sure that women love nothing more than to be stabbed in the side by a stranger’s erection. However, for the most part, this has just been me reading too much into the words that have been written down. In Chapter 5, E L James really doesn't help herself. There is SO much weird shit going on that I almost don't know where to start.

As convention dictates that I start at the beginning, I shall do just that.

Ana was last falling into Christian's arms as he said 'Fuck!' I get the feeling that he actually said 'Fuck?' and just assumed that the answer would be 'yes.' As a Gentleman Rapist, he can't say he didn't ask. The fact that he didn't get an answer is completely irrelevant. Sometimes you just know. In this situation, Christian knew.

As a result, Ana wakes up in a bed. We know it's not her bed because it is comfortable. As a former student, I know for a fact that beds in student houses are not comfy. You may have one of those beds that smells of stale cum from the previous occupant. You can Febreze the bed as much as you want, but that smell will still drift into your nose as you sleep. On the other hand, you may have a mattress which is completely worn down from the pummeling it received, either from the previous owner having lots of sex...or from him having particularly vigorous wanks.

Ana quickly establishes that she's in the Heathman Hotel where she previously photographed Christian. She recounts the previous night and then finds out that she's only wearing her t-shirt, bra and knickers. Her jeans and socks have been taken off and are nowhere to be seen. This is definitely not suspicious and doesn't mean she's been raped so CALM DOWN. If a strange man took your clothes off if you were unconscious, it doesn't automatically mean that anything has happened. Some men are just chivalrous. Along with grabbing Ana, we can now add 'stealing unconscious girls clothes' to Christian's list of attributes. 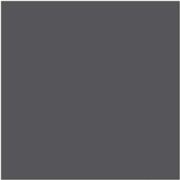 Christian Grey Everything Outside the door, and having heard Ana waking up, Christian stops smelling the crotch of her jeans and knocks on the door. Like the night before, he doesn't bother to wait for a reply, assuming that the answer is yes. Marching into the room, Ana loves what she sees. For a change, he is wearing grey clothes because, y'know, he's called Christian GREY. That's why he has GREY eyes, GREY clothes and works in GREY House. He's been working out, so he's all sweaty. Luckily, he remembered to put on some Lynx Africa before coming to see Ana. She bloody loves it, saying that the mix of sweat and body wash is so much better than a Margarita. Just in case you were in any doubt, Ana would rather drink a pint of man's sweat and body wash than a Margarita. If I'd just been for a night out + had those thoughts, I would vomit up my internal organs all over the bed. For Ana, thinking about a pint of sweat is relatively normal...

And if you enjoyed this, you may also enjoy the equally excellent Alex Reads Twilight.