From art gallery supper clubs to the UK’s biggest lager festival, get these in your diary…

Looking for more great things to do this April? Then check out our essential festival calendar - this month ft. the Northern Vegan Festival, When In Manchester and more...

Part of the Peterloo Massacre bicentenary commemorations, this headline exhibition tells the story of the tragic event; which saw fifteen killed and hundreds injured when cavalry charged 60,000 to 80,0000 peaceful protestors. The exhibition also examines democratic reform 200 years on and is one of several events taking place citywide: check out the spiffing new Peterloo website for details.

Frank Sidebottom, remembered fondly as the man with the papier-mâché head, was the court jester of the Manchester music and comedy scene for over 25 years. This family-friendly exhibition, part of the fifth anniversary of Central Library’s rebirth, looks at Chris Sievey’s very unique alter ego with art, video and puppets.

Keeping International Women's Day and World Book Day alive beyond the month of March, this panel event celebrates the power of writing in everyday life - from catharsis to creativity and much more besides. Featuring some of Manchester’s best writerly talent (including Confidentials’ very own Sarah Tierney, author of Making Space), it promises to be an interesting and inspirational event whether you’re a wordsmith or not. Oh, and there’s a free tipple with every ticket.

We Are Lager modestly describes itself as ‘the UK’s biggest lager festival, at one of Manchester’s most iconic Victorian buildings - featuring the world’s finest lagers and a DJ line up to rival any club night.’ Then again, judging by the stellar line-up, it might be right. Visitors can also expect a family day on Sunday and nosh from the likes of El Taquero and Dim Sum SU throughout.

The West End classic is reimagined for the round in Royal Exchange’s West Side Story - one of the last chances to see Sarah Frankcom’s artistic direction before she departs for LAMDA later this year. Translating Romeo and Juliet to 1950s Manhattan, where Capulets and Montagues become the Jets and the Sharks, this tale of love amidst New York’s rival gangs has all the ingredients of a killer show.

‘The flattest, fastest and friendliest UK marathon’ sprints back into calendars this year, offering the ideal opportunity to get fit and raise money for a great cause while you’re at it. The route, from Emirates Old Trafford, also boasts an increased probability of scoring a seasonal or personal best. Several options are available, from the whole hog to relays and even a workplace challenge.

Winner of the 2018 WhatsOnStage Award, this exuberant 50th anniversary production returns to Manchester in full psychedelic glory direct from a sell-out London run. First shown at Ancoats’ Hope Mill Theatre, and directed by its founders William Whelton and Joseph Houston, the show proved so popular it went on tour - don’t miss it second time round.

Live local music acts, exhibitions from the likes of Art Battle Manchester, kids’ social and even a Great Baths Bake Off…Victoria Baths’ Spring Fest truly caters to all. Talking of which, there’ll be food and drink stalls aplenty too. Guided tours of the listed ‘water palace’ will also be available, including to some areas normally off-limits.

Manchester’s ‘best second-hand book fair’ is included with entry to Elizabeth Gaskell’s House, well worth a visit in its own right. Browse fiction, art, gardening, photography, classics, OS maps, biographies, history, children’s and much more before (we suggest) rounding off with a cuppa and cake in the tearoom.

The quackers annual event celebrates its tenth anniversary this Good Friday, with more rubber revelry along the Irwell. Want to try your luck? Ducks cost just £1 each, and all proceeds go to Brainwave, a local charity that helps children with brain injuries access educational and physical therapies throughout the UK. For those who fancy a smaller event, Salford Quays is also hosting a duck race, setting from Helly Hansen Watersports Centre.

Fancy a great night for a great cause? This massive fundraiser not only features some of Manchester’s leading DJs, spanning 40 years of dance music culture, but 20% of profits go to Royal Manchester Children’s Hospital. The remainder will go to seven-year-old Blaise Jam - son of event organiser and DJ Chris Jam - who has been battling brain tumours since 2017.

No one is who they seem to be in this riotous, rip-roaring, cross-dressing comedy; where sexuality, class, identity and gender are squished through a lewd and witty Elizabethan meat-grinder. Written by northern actor Steve Cooper, Twits combines fact and fiction to merry effect.

St Ann’s Hospice’s flagship fundraising event is back for the thirteenth year, after raising over £2million since its launch. BBC’s Phil Trow will be warming up the crowd from 9pm ahead of a mass zumbathon, and cheesy disco hits from Throb Lovelace & The Pitts, before the 10km walk sets off at midnight - taking in many city landmarks along the way. An atmospheric experience and a very worthy cause.

The first in an immersive new series of supper clubs - hosted by Manchester Art Gallery in partnership with Manchester Food and Drink Festival - Dine with Da Vinci will see acclaimed local restaurant Salvi’s create a special one-off menu, themed on Leonardo Da Vinci: A Life In Drawing. After enjoying a glass of fizz, guests will receive a private tour of the (sold-out) exhibition, before tucking into an authentic Italian banquet right in the art gallery itself. Like food? Like art? Then this shouldn’t be missed. 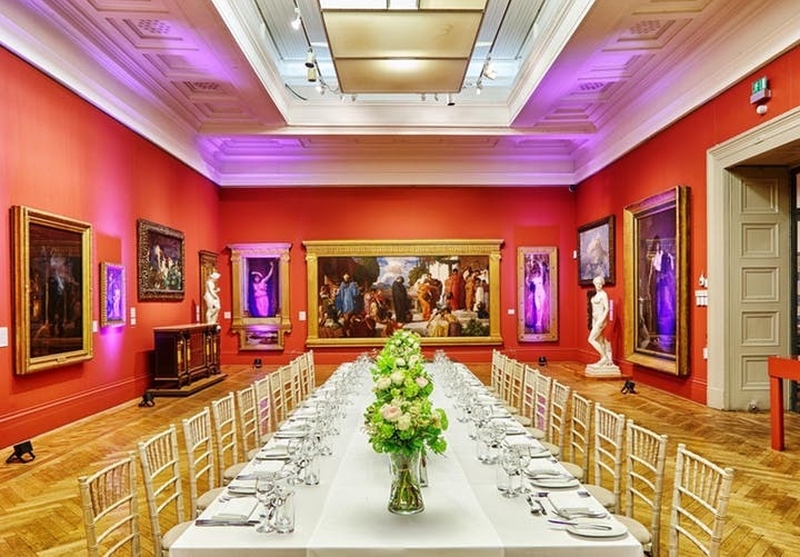 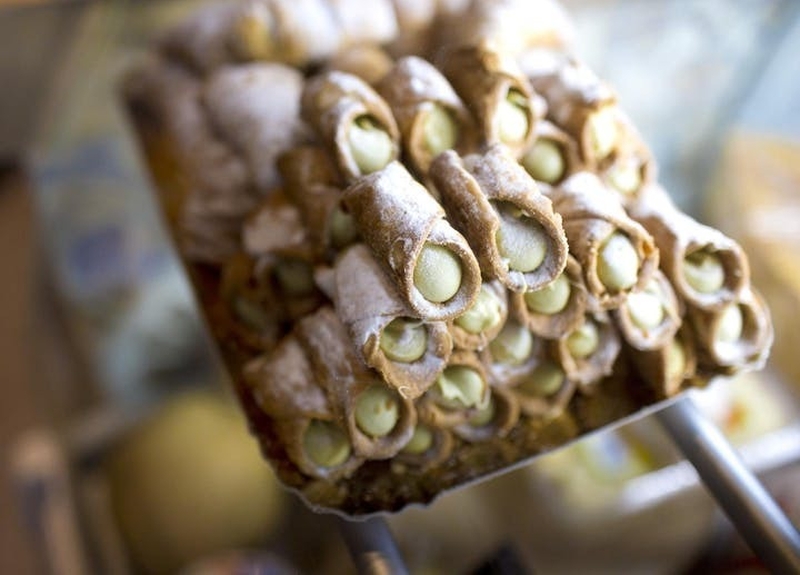 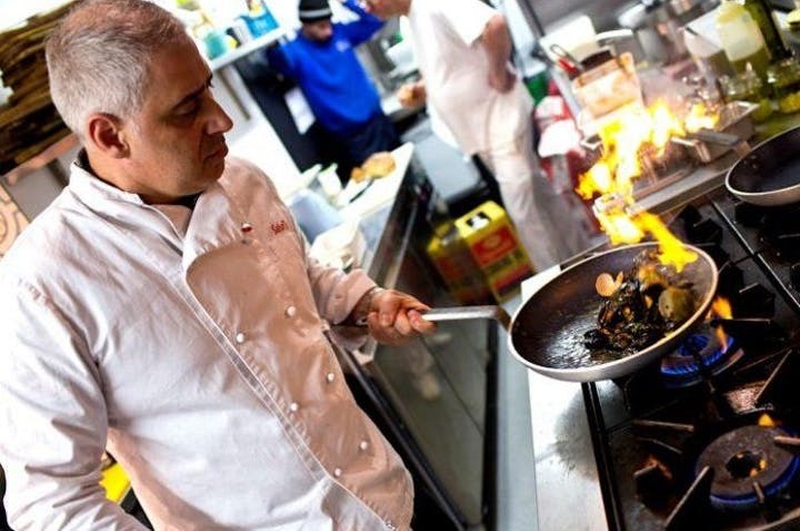 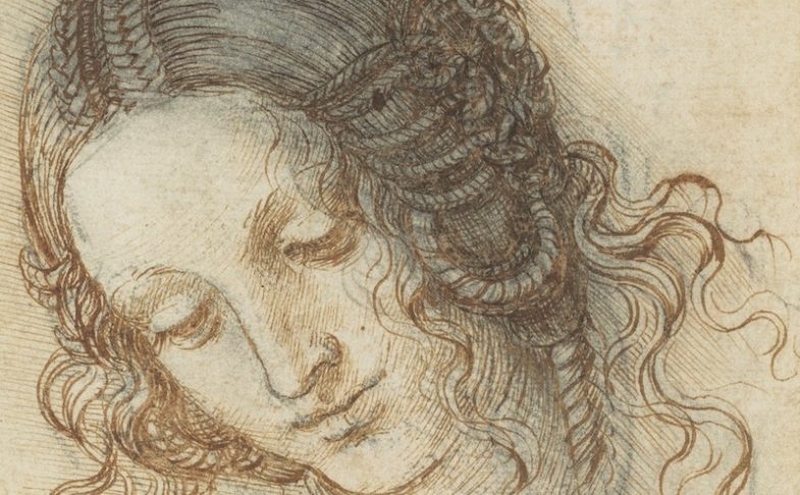 Crowned the ‘classical music artist of the last 25 years’ by Classic FM, Katherine Jenkins has brought classical music to the mainstream. Visiting Bridgewater Hall as part of her new Guiding Light album tour, the mezzo-soprano will be performing everything from Stormzy’s Blinded By Your Grace to Never Enough from The Greatest Showman, as well as a mixture of her own songs.

For more unmissable goings on, take a look at our essential festival calendar. 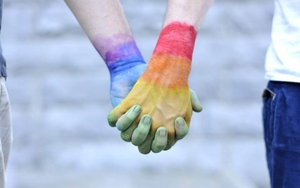 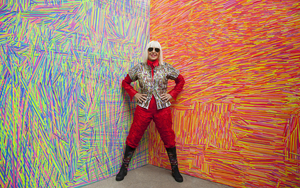