15 great things to do in Manchester this August 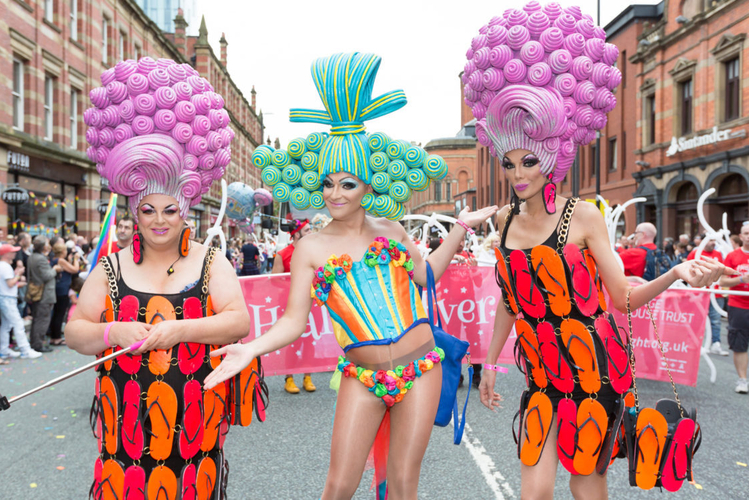 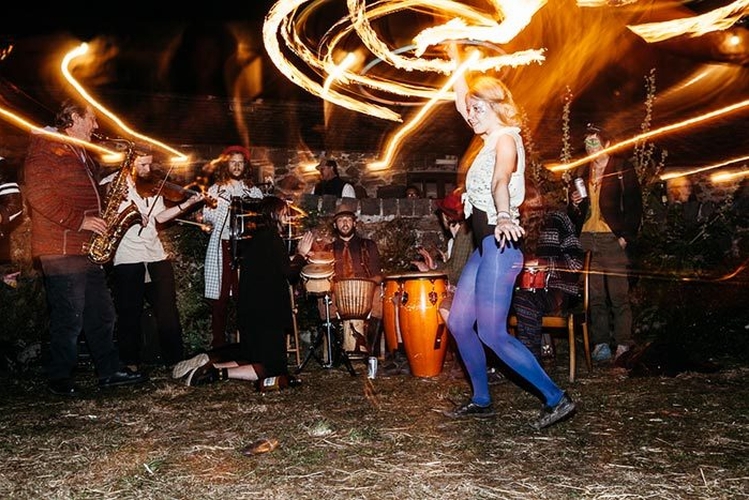 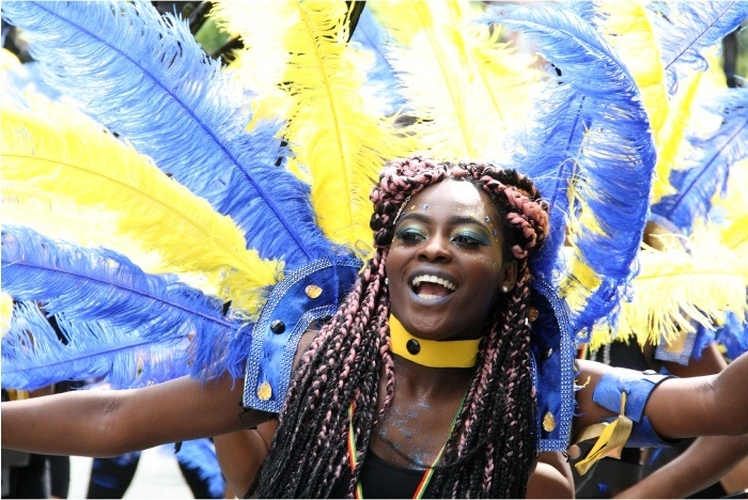 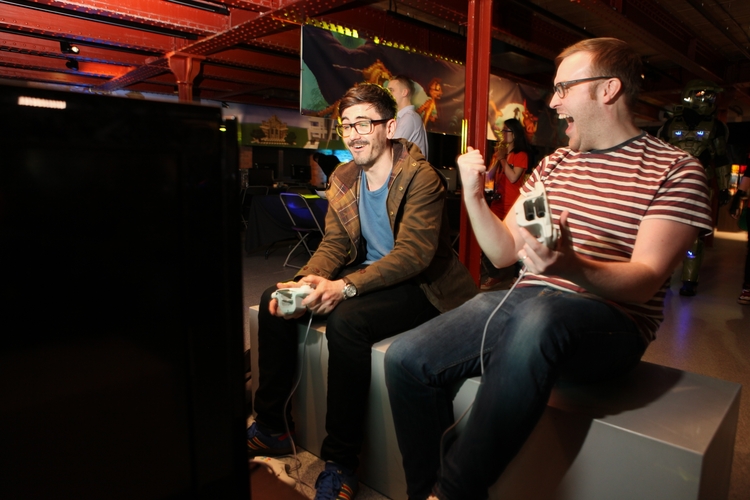 From Pride Big Weekend to the Caribbean Carnival and a rave in a monastery, you’re spoiled for choice this month

This quirky touring exhibition features 30 automata from the leading makers of the last 40 years, ranging from the humorous to the macabre, the playful to the satirical: from a second groom being rowed across a lake by his third wife, to five artists reflecting on their waning powers. Visitors can turn, push and crank to see many of the pieces in action, while others have films to show them in motion. Developed by Crafts Council in partnership with Cabaret Mechanical Theatre, A Curious Turn also includes a free workshop on Saturday 24 with Fire the Inventor.

Trained pastry chef and breakfast fanatic Stephanie Sowden made our list of Manchester’s 10 best pop-ups and supper clubs for her innovative ‘brinners’ (breakfasts with a dinner slant) and is back with another tantalising five-course tasting menu, this month themed around Mexico. Hola Huevos! will include delights such as corn waffles with pork verde, Bloody Mary gazpacho with bacon-wrapped cheese straws and an exclusive welcome cocktail. Say ‘adios’ to cooking and get booking.

If you fancy escaping the city for a day or few, this five-day music and arts extravaganza in the grounds of Cholmondeley Castle could be just the ticket. Spanning pop-up parties to fire breathers and a line-up spread over six stages, One Tribe is the brainchild of Audio Farm - the local indie music promoters known for their full throttle electronic nights - yet promises a more holistic offering suitable for all the family: think arts and crafts, yoga, TED-style talks and much more. There are various camping options and all proceeds go to the Green Paw animal charity. More info here.

Project X, a collective of emerging creative aged 18-25, take over HOME for this ambitious series of events; designed to challenge the way art is viewed and presented. Launching with a colourful puppet parade through Tony Wilson Square, This is Human will see the HOME foyer turned into a public ‘mind garden’ and a sensory installation in Theatre 1 using only sound, lights and projection. Other highlights include Weasel Nation, an interactive game, and a specially curated film series.

After a successful debut last year, NOMA’s summer jam is back for 2017 with a line-up that’s jammier than ever (and the first 300 people through the door even nab a free jar of Duerrs). There’ll be music over four stages - from acoustic to soul to jazz - alongside free workshops at new creative space PLANT spanning upcycling to ceramics and even an ‘interactive experimental gramophone session’ with artist Naomi Kashiwagi. The Pilcrow will be serving up their seasonal beers, while foodsters include Big Grillie style and Que Delicia.

It’s not often you get to see the likes of Razorlight for free, but Rochdale’s uplifting annual weekend returns for its tenth year with just that. As well as the stellar line-up, there’ll also be a thrilling charity abseil from the Town Hall tower plus a food court featuring twenty traders. Kids, meanwhile, will be entertained with an activity tent, interactive policing exhibition and a medley of theatre and circus performances - all completely gratis.

Gamers are in for a treat this summer, as Power Up! returns with more than 160 consoles and games from the last three decades: from Pong and Pacman to Minecraft and Mario. Whether racing cars, fighting baddies or trekking through fantasy lands, there’s plenty for families and seasoned gamers alike; with pass options including 90 minutes or full day. Special adults-only evenings featuring DJ, bar and food take place on Friday 18 and 25 August.

‘Stand in the centre of Manchester and look east to the sunrise. The space between the horizon and the sky…that’s Cotton Clouds: an event that aims to prove that the sky just isn’t the limit anymore.’ Ok, this new festival’s blurb may be as fluffy as, well, a cotton cloud, but ‘the earful of frankly excellent music’ (headlined by The Coral) we can believe - and you can’t beat the Peak District for a picturesque backdrop. There’ll also be street food, real ale tent, arts and crafts plus family-friendly activities and face painting.

In 1972, a group of Caribbean immigrants decided to throw an impromptu carnival procession through the streets of their Manchester neighbourhood. Now, over four decades later, the Caribbean Carnival is cemented in tradition and continues to evolve with new additions year on year. This year’s multicultural pageant spans a soca and calypso stage to a Bajan village and even Irish folk, with the extravagant parade taking centre stage. Revellers can also try out the zorb pool and human dartboard (sounds painful), browse the various stalls and tuck into jerk food aplenty.

The Bolton Food & Drink Festival returns for its twelfth innings with a smorgasbord of celebrity chefs, cookery demos and an award-winning food market with 220 stalls and counting. Highlights this year include a Mad Hatter’s tea party, the sumptuous gala dinner launch, Saturday brunch with TV gastronome Simon Rimmer and James Martin’s cookery demonstrations in the main marquee.

It’s not often you get to a rave in a monastery, but that’s not all setting this ambitious event apart; with dance classics like Hardcore Uproar (whose creator Suddi Raval is behind the event) and Age of Love reimagined by a live orchestra, conducted by BBC Philharmonic’s Simon Robertshaw. Special guests include Alison Limerick, performing a one-off version of her international dance hit Where Love Lives, while local DJ support comes from Aficionado. A visual and acoustic phenomena guaranteed.

An August roundup wouldn’t be complete without the Pride Big Weekend. Not only are its fundraising efforts some of the city’s most impressive (2016 reaching almost £150k), Pride’s flagship bank holiday bonanza draws spectators in their tens of thousands. This year’s parade theme is graduation (think US high school cheese), while the line-up includes Clean Bandit, Pixie Lott, Mel C and Faithless. Also featuring the usual rainbow market stalls and expo, Pride 17 culminates with the traditional vigil in Sackville Gardens.

Whether you’re a straight up slammer or a slow-time sipper, Manchester Tequila Festival promises a true (albeit tipsy) celebration of the agave craft - complete with mariachi music, processions, piñatas and Mexican fare like tacos and fajitas. Showing there’s more to this oft-maligned libation than cheap shots and hangovers, each guest will be equipped with a Tequila Bible before making their way down a bar of over 30 types. This month at Bowlers also sees the return of the Great Northern SKA Festival.

Having so far raised over £40,000 for The Christie, this philanthropic fest is back to take over the Printworks with some Motown magic for the third year running. Bands like The Casino AllStars and the Soul Temptations will be joined by soul DJ’s like Ray Lee, with the main stage once again named for Frank Byrne; the late DJ legend who founded the festival during treatment at The Christie.

Top things to do in Manchester: October 2020 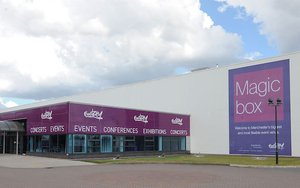 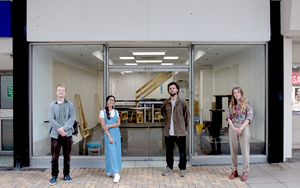 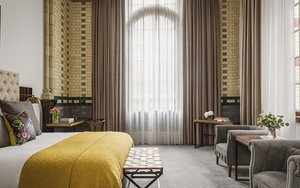 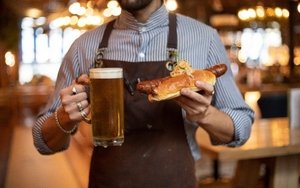