15 great things to do in Manchester this April 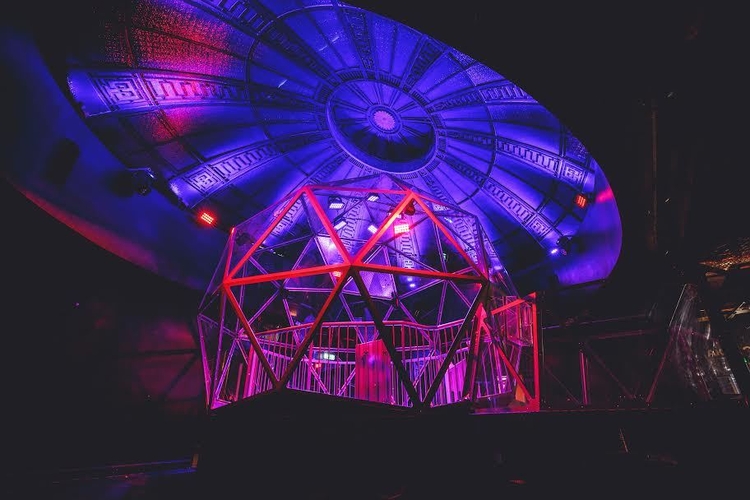 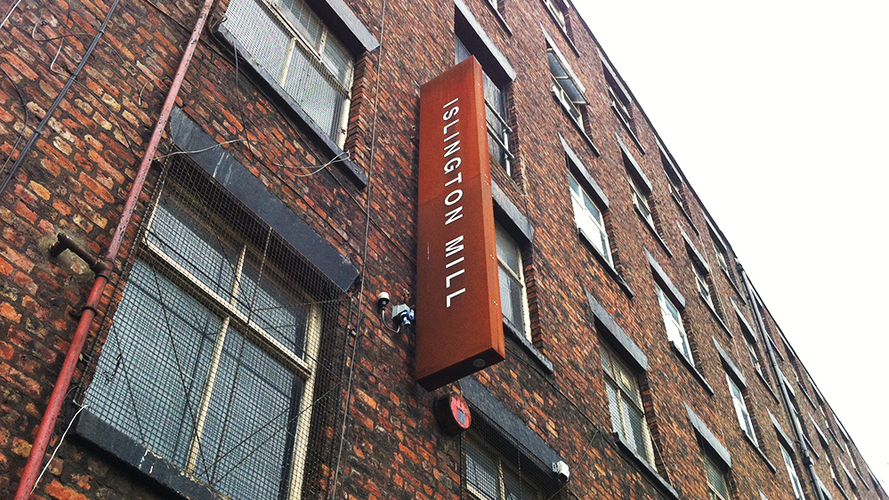 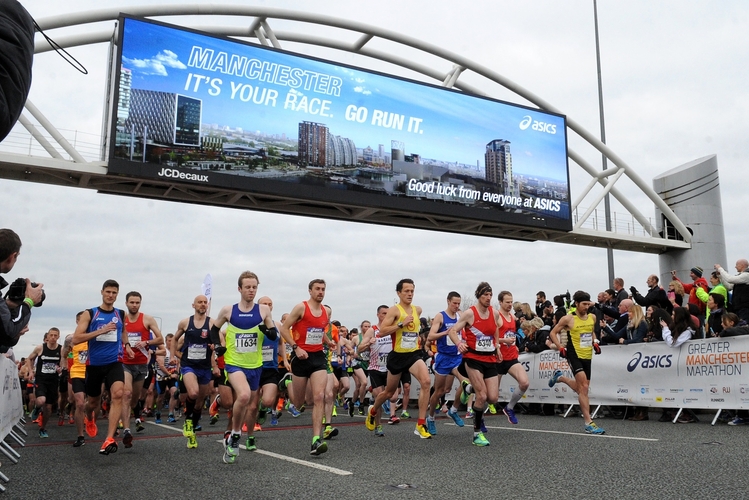 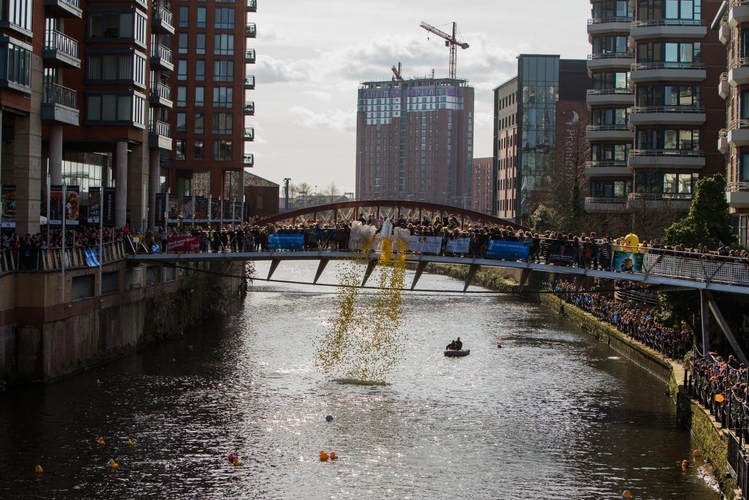 From the new Crystal Maze to the Rammy Choc Fest, you're spoilt for choice this month...

Below you'll find fifteen great things to do in Manchester this month, including markets, unusual gigs and the annual duck race. After even more inspiration? You can also find our monthly Top 10 gigs, concerts, exhibitions and stage shows here.

Manchester’s ‘first free vintage and street food market’ (really?) sets up shop in Royal Mills courtyard this month, promising a day packed with vintage fashion, accessories, homewares and food. Dubious claims aside, there will be retro bargains, with over 1000 items and 45 traders. Food at the market, part organised by the folks behind Castlefield Market, includes Flank & Hock burgers, Estupendo Spanish cuisine and cakes from the Sugar Kitchen. The vintage trend continues as, later this month, the Vintage Easter Swing makes its return to the Printworks.

No longer relegated to London, a new live experience of the nineties hit - hosted by Rocky Horror Show’s Richard O’Brien and latterly musician Ed Tudor-Pole - finally hits OGS this month after months of anticipation. Test your team mettle as you travel, guided by the ‘Maze Master,’ through four adventure time zones - Aztec, Industrial, Futuristic and Medieval - encountering challenges along the way. Each crystal gained will score you extra time in the final dome challenge.

Having built up a pretty substantial following, Northern Vegan Festival has upgraded from its Sachas hub and will instead be taking over Manchester Central for a day of talks and cooking demos - not to mention 200 stalls and a huge seated café. Additional workshops take place in the nearby Friends Meeting House and there’ll be a partner Green Fair at Cross Street Festival. Most hoppily for some will be the vegan beer, wine and cider fest at The Thirsty Scholar. All proceeds go to animal welfare charities.

‘The flattest, fastest and friendliest UK marathon’ sprints back into calendars this year, offering the ideal opportunity to get fit and raise money for a great cause while you’re at it. The route, from Emirates Old Trafford, also boasts an increased probability of scoring a seasonal or personal best. Several options are available, from the whole hog to relays and even a workplace challenge. Marathons not your thing? Other sporty happenings this month include Swimathon and Gung-Ho!, one of the world’s biggest obstacle courses.

A concert with a difference, this choral premiere had an unexpected composer - people with dementia. Created in collaboration with Adages’ Holly Marland, the event presents an alternative perspective on this debilitating condition; a ‘celebration of creativity’ amongst the Gothic splendour of Manchester Cathedral. The piece will be performed by RNCM students, BBC soloists and several local choirs - conducted by Sasha Johnson Manning.

Kicking off a new series of alternative Q&A’s fixated on the art of crime/the crime of art, The White Hotel’s Austin Collings will be interviewing screenwriter Tony Grisoni (Fear & Loathing in Las Vegas, The Young Pope, Red Riding), followed by a five-hour marathon screening of the latter hit show: adapted from David Peace’s quartet of novels. The night will close with a ‘darkly fitting’ DJ set by the composer Funki Porcini.

No guessing as to what this one’s all about. This cherished community event started in 2009 with just twelve market stalls. When chocoholics in their thousands descended, however, the potential for more was realised. Now spread over two days, the award-winning event promises family entertainment, alfresco dining, local crafts and food stalls - and, naturally, a market of artisan chocolatiers.

Gamers, comic fans and cosplayers - or anyone who likes gawping at OTT costumes - take note. The annual Anime Con is back for exhibitions, performances, tournaments and quizzes galore. Events include manga workshops, anime zone, Japanese food court, retro video gaming area and live music in Pub/Zoo next door - all topped off with a cosplay masquerade.

Victoria Baths’ first 2017 open day is a steamy affair…that is, there’ll be classic steam engines, spanning smaller models to large locomotives. Vintage buses from Greater Manchester’s Museum of Transport will be calling in, too, but it’s not all about the vehicles. Alongside guided tours of the Grade II listed building will be a heritage fair - featuring the Pankhurst Centre, Manchester Jewish Museum, Elizabeth Gaskell House, Ancoats Dispensary Trust and the Victorian Society - as well as gifts, live music from Artful Voices and food from Victoria Baths Tearooms.

After filling theatres throughout Australasia, The Etta James Story is flying to this side of the globe for a one-off performance at RNCM. Despite a turbulent personal life, including addiction and incarceration, James was one of the most successful soul artists of all time; scooping six Grammy awards and inspiring a succession of stars from Diana Ross to Adele. This powerful performance tells of how she conquered her demons and went on to perform well into her seventies, with hits including Something’s Got A Hold On Me and At Last.

Spinningfields will become Swimmingfields this Good Friday, as the Manchester Duck Race returns for its eighth year. With the biggest race to date, over 25,000 visitors are expected to join in the popular family event, with all proceeds going to local charity Brainwave. There’ll be free activities on both sides of the Irwell and rubber ducks for the race can be brought for £1. Fowl play most certainly allowed…

This DIY punk rock extravaganza sold out in 2016, and with 2017 year boasting 80 bands from across the world, 2017 will no doubt be the same. Kicking off with two Thursday night shows, the full line-up - headlined by Paint it Black, Strike Anywhere, Belvedere, Inner Terrestrials, The Toasters, Martha and The Filaments - will be unleashed across venues from Sound Control to Gorilla.

OK, tribute acts are a bit cheesy but Granadaland is all about guilty pleasures: after all, it’s a three-night party celebrating Old Granada Studios, birthplace of shows like Corrie and Take Me Out. But the studios also have a rich music history, with all Granadaland’s namesake acts - including Oasis, Lionel Richie and Take That - having taken to its stage at some point in their career. Toast the iconic site with a cocktail or/and some street food, then enjoy live music all night long. And, if all that’s not enough tribute action for you, check out the UK Tribute Fest at Bowlers.

This unique event sees a group of Green Walk residents throw open their doors to local artists and designers, transforming their own homes into exhibition space over the bank holiday weekend. Now in its eleventh year, the event sees over 50 artists take part, with mediums including paintings, ceramics, glass, photography and jewellery. And worry not, there’ll be sustenance, too: vendors include I Knead Pizza, Tibetan Kitchen, The Manchester Tart Company and Ginger's Comfort Emporium. Suggested parking is at the Carlton Club, off Wood Road.

SOUNDS FROM THE OTHER CITY | Salford | Sunday 30 April

Continuing to stand the test of time amidst a flurry of festival newcomers, SFTOC enters its thirteenth year with the same winning combination of indie promoters, upcoming talent and the fabled ‘Sounds’ atmosphere. Obscure band names seem to be even more of a requisite than previous years, with a line-up including: Goat Girl, Shame, Plastic Mermaids, Hand Habits and Luxury Death. Wristbands can be collected from Islington Mill, which incidentally also hosts Fat Out Fest this month.