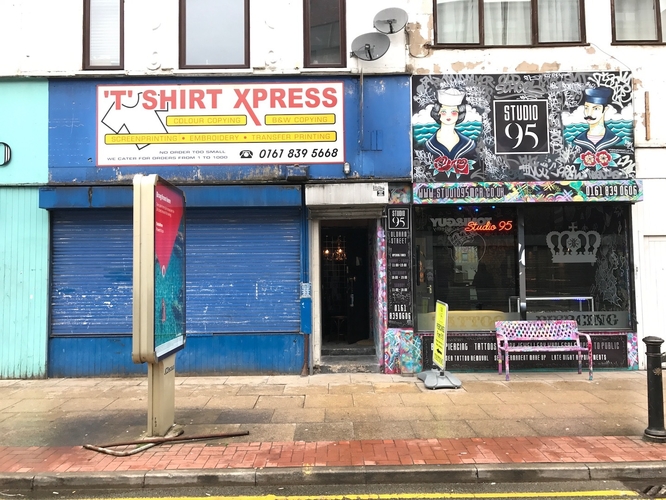 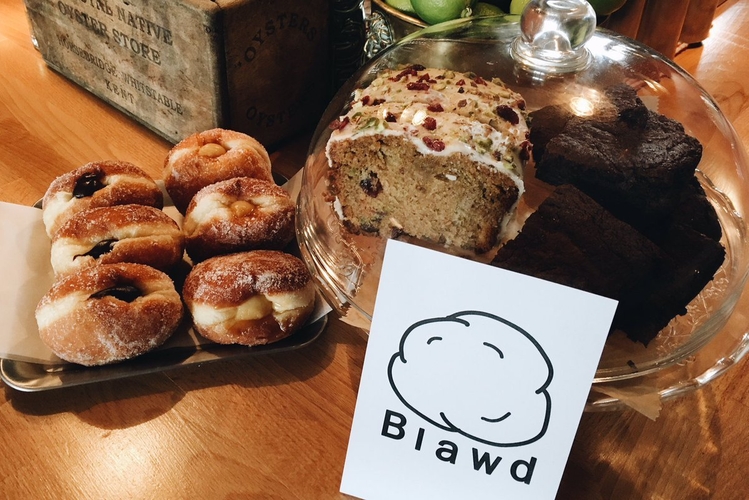 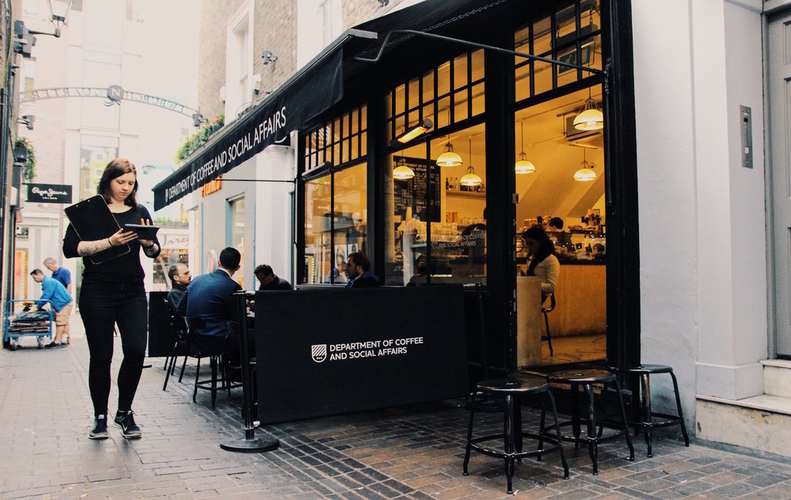 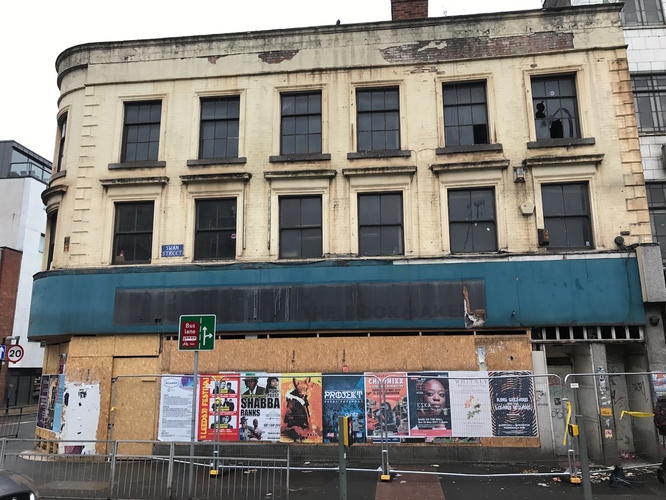 From Blawd to Black Sheep, the Department of Coffee to the Quick Brown Fox, as ever, it's all here

Much of this job involves a fair bit of swanning around, eating, drinking, taking photos. Poor us eh? But occasionally you'll find us office bound, tied to the desk, sifting through the inbox and scouring licensing documents to see what new bars, restaurants and cafes are opening where and when so you can be amongst the first to know and impress your pals.

This used to be a relatively small task, but as the food and booze scene has ramped up the deluge of new openings popping off all over Manchester has us constantly on our toes. We could of course wangle on about what’s driving the surge (a more sophisticated audience, more tourists and one of the fastest growing city centre populations in the UK... in case you were wondering) and whether it’s sustainable (which is a bit boring), but let's cut to the good stuff...

What: Craft beer, plus wine and cocktails

Where: The corner of Oldham Street and Swan Street, Northern Quarter

A new craft beer-focused bar with over 25 keg lines from the team behind Northern Quarter stalwarts Kosmonaut and Ply. Owner Joe Fearnhead told us QBF had been inspired by recent trips to the United States, in particular to San Diego. He said: “The craft beer scene is still massively growing in the UK and there are amazing breweries coming out of Europe and beyond that a lot of people in the UK won't have yet had the chance to try – this is what we aim to showcase. Word of the new bar first appeared in Confidential in July 2015, however, issues with the building – which has long been boarded up opposite the Frog and Bucket comedy club – meant initial plans hits the buffers. Fearnhead says opening is planned for approximately eight weeks time.

When: Hopefully by the summer

The Welsh ‘bake stars from Mars’ are set to move from the ‘bake dungeon’ downstairs at Common Bar, Edge Street to their own separate Blawd (pronounced B-Loud, and named after the Welsh word for flour) bake house and café. A planning application has just gone online for the former Berwick Electrical unit on Tib Street. The new place (as yet unnamed) will allow them more room to create their delicious nostalgia classic cakes and bakes; layer cakes such as strawberries and cream, chocolate fudge, cranberry and pistachio loaf cake, salted caramel brownies and fresh filled doughnuts. Up until now, Blawd’s cakes have been available at independents such as Common, North Tea Power, Pilcrow, Font, Henry C, All The Shapes and Rapha Cycle Club, but the new cafe area will allow them to sell their sweet treats direct to the public. @blawdco

Department of Coffee and Social Affairs

What: Coffee... and social affairs

The snappily titled Department of Coffee and Social Affairs already have eleven branches in London with further branches in Croydon, Kingston and Bristol. The new site, their largest opening yet, will be located on the ground floor of Faulkner House, a 25,000 sq. ft. building of serviced offices in Piccadilly Gardens. The new, nearly 3,000 square feet site, offering 120 covers, will be the Department of Coffee and Social Affairs' flagship store and north of England barista training hub. It will also act as a co-work space for professionals. The meaning behind the second part of their name, ‘Social Affairs’, refers partly to the customers coffee drinking experience, but also refers to the companies humanitarian work for a number of national and international charities. @deptofcoffee

This new, all-day bar has opened in the site swiftly vacated by the ill-fated Tea42 on High Street. The white leather cushion-backed seating and hot pink touches of its previous incarnation have been ripped out, to be replaced by a more urban, stripped-back venue that couldn’t feel more different; wood panelling, bare floorboards, exposed brick, muted grey walls, leather seating and industrial columns. It’s another Northern Quarter hangout designed for relaxed drinking, comparing beards and settling down with a retro board game. @stovepipemcr

What: Cocktails (and desserts too)

When: Opens fully Thurs 18 May

What separates this new cocktail bar from the flood of cocktails bars recently opened nearby? “Well, we’ve got a lot of vintage porn,” says co-owner Nick Parr. You’ll do well to find this new basement bar on Oldham Street, squashed as the entrance is between a t-shirt printers and tattoo shop on this unrefined drag of Manchester’s bohemian district. Once down there you’ll find a moody subterranean space decked out with plush velvet booths, vintage table telephones (on which to order from the bar… handy) and some rather graphic pornography mostly to be found in the khazis - which seems risky. The ‘sleazy and sexy’ new bar - the latest from the team behind El Capo and The Whiskey Jar – will be serving up 200 free drinks over their opening weekend (Thurs 18 – Sun 21). @bcdnq

Glasgow-based steak & gin venue, Alston Bar & Beef, have announced plans to open in Manchester’s Corn Exchange later this year. A spokesperson for the company said they aim to ‘serve some of the best steak in the city, using only the top 1% of Scotch beef sourced from the Tweed Valley’, alongside up to 100 different gins. Website

Where: Newton Street – in the old Q Cavern

Another new cocktail bar for Northern Quarter, this time in the old Q Cavern site on Newton Street (between Cottonopolis and Alabama’s). Despite its name, the bar will make no reference to boxing legend Sugar Ray Leonard, but rather focus on ‘disco, funk and soul’, while interiors will reflect the cool lounge vibes of (where else?) New York. Manager Alex Proudfoot says the bar will not serve ‘drinks by bartenders for bartenders’ but ‘seasonal flavours and drinks for everybody’, with a nod towards beer and bourbon.

This new bar, cafe and pizzeria, opposite Manchester Art Gallery, opened this week. Owned by Italian trio Giovanni Granata, Claudio Spano and Donatella Denaro, it will specialise in pasta dishes, salads, seafood and risotto, as well as Italian meats, bread and cheese. A couple of Confidential’s colleagues popped in this week and said that, thanks to their very expensive new gelato machine, the desserts are something very special. Insolito also aim to be a destination for aperitivo; or pre-dinner drinks. They serve them between 4pm-7pm every day with any drink and an inclusive canape buffet for £7. Facebook

What: Coffee and cocktails

Black Sheep Coffee was started in London by a group of coffee-loving friends who met at university. They already have seven locations in the capital with a further six scheduled to open soon. The coffee shops in Coleman Street and Plough Place are described as coffee and cocktail bars and this is the model that has been proposed for the site at 60 Spring Gardens - their first outside London. The artisanal coffee shop will be located on the ground floor unit of the Grade II listed, building, designed by Alfred Waterhouse, with a prominent corner position. Its main offering will be Robusta bean coffee along with a limited menu of cocktails, wines and craft beers. We’re not quite sure how different this is going to be to Roc & Rye, also scheduled to open soon, which is planning to do pretty much the same thing in the same building. Hey ho. Website

Where: Unit Two in One Smithfield Square

We’ve had confirmation that the team behind the Pasta Factory in Shudehill are to open a pizzeria in the Unit Two in One Smithfield Square. The devout Italians are a superstitious bunch, so have been reluctant to offer more details. Operations Manager Davide Rinaldi told us, “We aren't really willing to talk too much about it because we have a lot of work in progress and nothing is yet definitive. It would bring bad luck to talk about stuff that is not yet certain, so we'd rather talk when there will actually be something to talk about...” That’s us told then, or rather, not told. Pizza. Northern Quarter. That's all you need to know really...

Mary-Ellen McTague at The Gallery Café

Former Aumbry chef Mary-Ellen McTague has been appointed to help develop a ‘new and exciting concept’ for The Gallery Café, with a focus on updated traditional meals and Mancunian culinary heritage. Alongside cold options such as homemade sourdough and cheese boards, dishes will include Welsh Rarebit, griddle scones, lardy cake, crumpets and a ‘revival of the Breville toastie.’ Food will be locally sourced where possible, with some produce even grown on the premises in a Victorian kitchen garden. A children’s menu is being created in partnership with Real Junk Food Manchester - of which McTague is executive chef - to offer children's meals on a pay as you feel basis.