Liverpool continues its journey back to the electric city we once knew and loved before COVID came along in its clodhopping size 10s to trample all over the parade. Some old favourites including Roxy Ball Room, Il Forno and The Penny Lane show off fresh facelifts. Newcomers like Lerpwl and Jollibee that we’re stalled by the Coronavirus curveball finally get their moment.

Albeit with more face masks and social distancing between us than ever before, the city is fighting back with a vengeance and with it, comes a whole host of brand new bars and restaurants you’re going to want to know about.

Here are eight new Liverpool venues to add to your social(ly distanced) calendar this month and beyond: 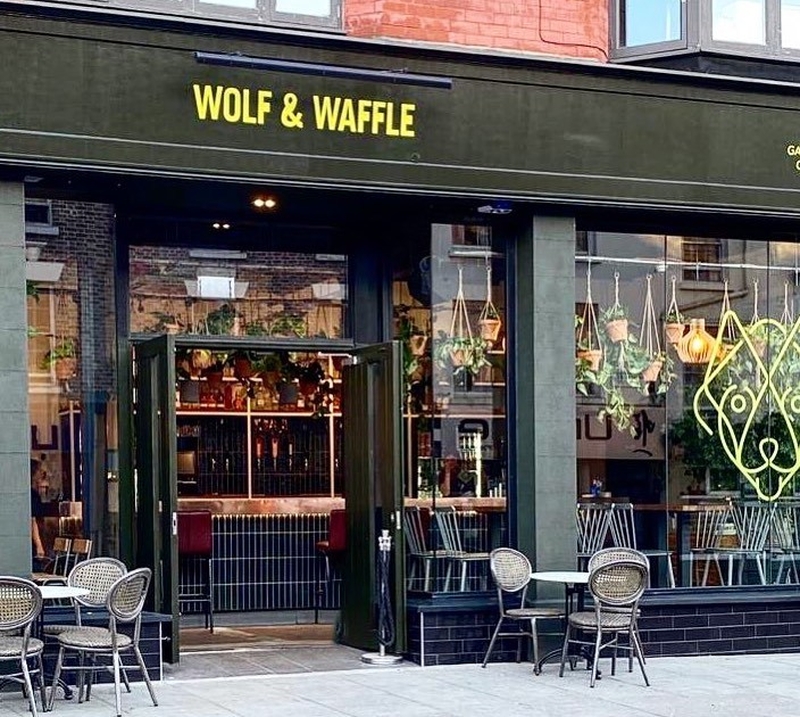 Specialising in sweet, savoury, vegan and gluten free waffles, Berry Street’s Wolf & Waffle, on the site of the former Neon Jamon, is the stuff dreams are made of. Belgian waffles served from 12pm-9pm with toppings only the wildest of imaginations could summon. From the salt & pepper lamb’s belly waffle and the Sunday lunch Yorkshire pudding waffle, to their sweet black forest and tiramisu counterparts, it’s a menu that is better seen (and eaten) to be believed. The cocktail list is sicker than yo’ average too - as Biggie would say - giving your dime-a-dozen usual suspects a Wolf & Waffle shake up. ‘The Wolf of Berry Street’ is set to be a firm favourite, muddling tequila, Triple Sec and Chambord with blackberries and lime. If you fancy something a little more out of left field though, we recommend the ‘Istanbul Sparkler’ - a beguiling mix of rose gin, Supasawa, chocolate, rose gomme and prosecco. Sip the hours away in the interior urban oasis surrounded by botanical decor, or head out to the adjoining beer garden which is open 12pm-12am, Tuesday-Sunday. (Read more here.) What: The Angus Tap & Grind

We read the strapline for this place and knew we were going to love it straight away and we’ve a hunch you might too: “coffee and beer by day, beer and coffee by night”. The Angus combines two of the greatest things in life, coffee beans and beer, to provide a day-to-night bar and cafe to the soundtrack of “amazing tunes”. Real ale and craft beers are served on six rotating lines, alongside an eclectic selection of wines, spirits bottled brews and independent tins. Coffee comes straight from the master brewers at Crosby Coffee and is yet another shining example of showing love for local produce. Catch live acoustic music on a Saturday, live jazz on a Sunday and three TV screens poised and ready for when the red or blue men are playing. Stroll along Dale Street and you won’t be able to miss its petrol blue and mustard yellow exterior. 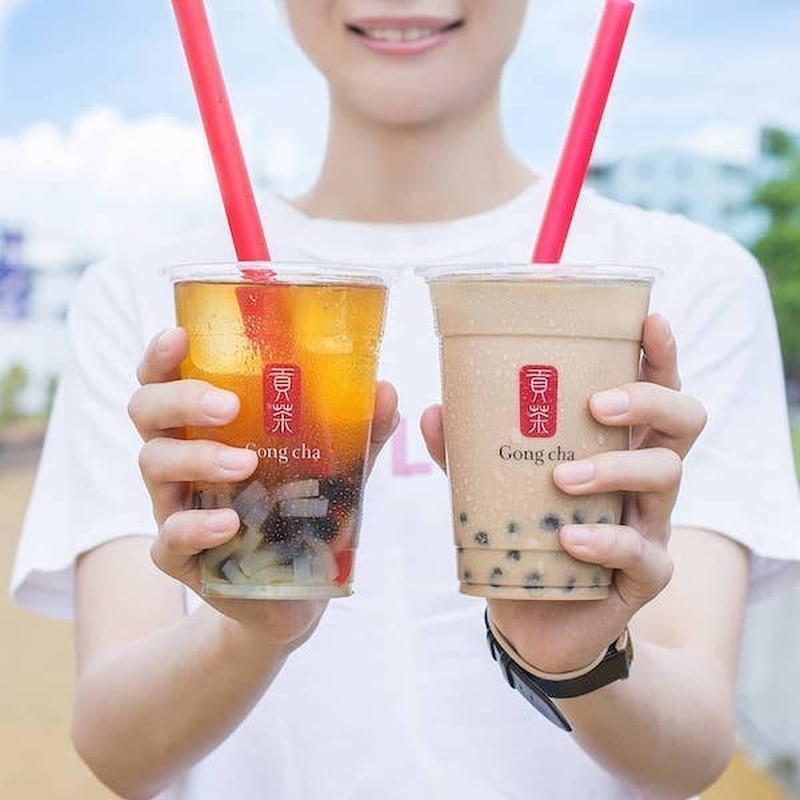 The bubble tea trend has to be one of the most robust crazes out there. It’s virtually indestructible. People just can’t seem to get enough of the stuff. As if to prove the point, Liverpool has just welcomed yet another bubble tea vendor to the party and it goes by the name of Gong Cha and is located in the cosmopolitan hubbub that is Bold Street (read more here). The established Taiwanese brand will bring more than forty different variations of premium bubble tea to the city, offering a selection of pearls, jellies and milk foams for whatever takes your fancy. One of Gong Cha’s most coveted concoctions is the ‘Dirtea’ - a dessert-like drink mixing their signature milk foam, fresh milk and brown sugar pearls, all topped off with a scattering of Oreo crumbs. Prefer something fruity? Go for the ‘Mango Matcha’ or the ‘Lemon Juice with Ai-Yu Jelly & White Pearl’. Oh, and don’t forget to share it on Instagram or it didn’t happen. 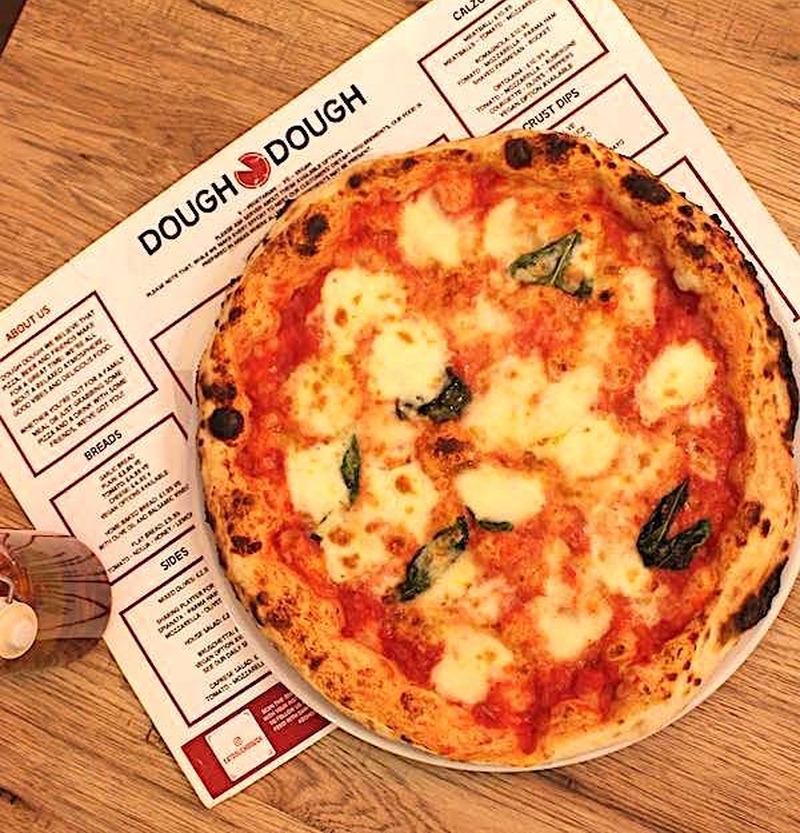 Promising “the best Neapolitan pizza in the North West”, Dough Dough is rolling onto the scene with bold claims and when it opens later this month, we consider it our duty to validate the authenticity of such mighty allegations. Until then, we eagerly anticipate Liverpool’s instalment of a concept which has already received a glowing reception in its neighbouring city of Chester. Dough Dough is set to be the host with the most, in its two-floor venue opposite Central Station, filled with the heat of wood-fired pizza, the aroma of craft beers from breweries around the UK and the warming din of fun, friends and foosball. Expect DJs, live music, late night revelry, retro arcade games and a gin cocktail tower. Yes, you read that correctly: a tower of gin cocktails. Sober up and refuel with freshly-baked pizzas made rolled from signature dough, with a range of classic toppings, as well as the controversial ‘white pizza’ (sans tomato). What could possibly be more suave than a subterranean cocktail bar in the heart of Liverpool’s business district that boasts a grand piano, Chesterfield booths and a drinks list designed for the lap of luxury? This city knows how to finesse a cocktail bar but what is set to make Dwntwn different is the meticulous attention to fine detail. Drinks are created using innovative infusions and progressive mixology techniques which challenge convention. Re-imagined classics, signature combinations and custom blends are what is being dubbed 'cocktail couture’ at Dwntwn. A resident DJ provides cool house, disco and groove until the small hours, whilst table service ensures safety and eloquence come in equal measure. We’ve got our eyes on a smokey Old Fashioned; a taste of Manhattan in Merseyside. Bring your rat pack along for the ride. (Read more here.) 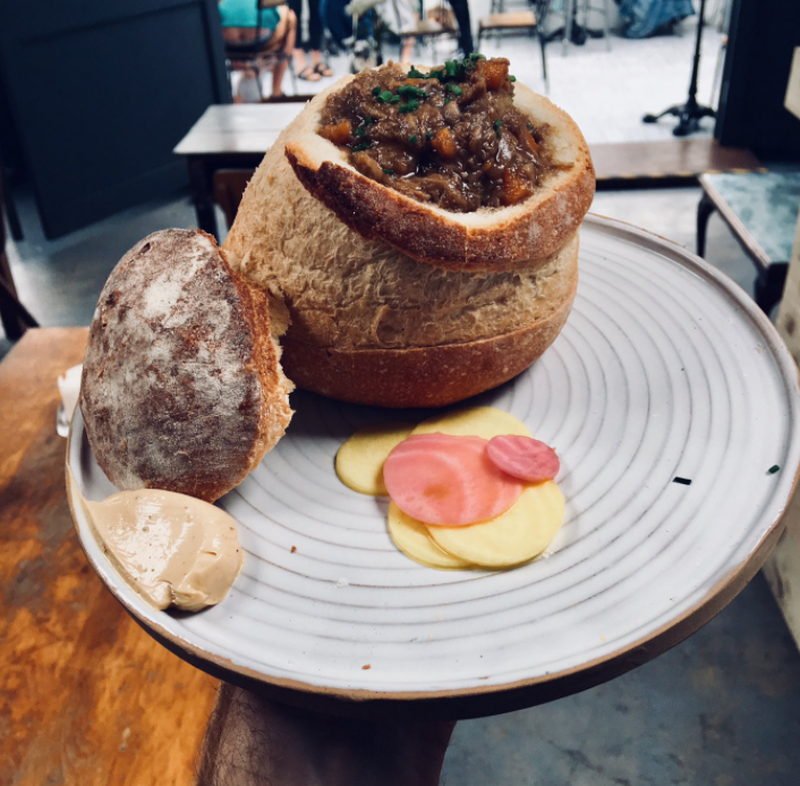 Since appearing on BBC’s My Million Pound Menu way back when, SKAUS has popped up here and popped up there, but as of this year, they’ll be putting down roots and we’re blinkin’ chuffed about it. The Scandinavian-inspired restaurant announced on its social media earlier this month that it would soon be cutting the ribbon on its very own premises on Allerton Road, just outside the city centre. No launch date has yet been released but the guys are urging us to follow them on Twitter or Instagram for updates on the imminent build project and upcoming events including regular Supper Club evenings. The independent 'store and cafe' will offer food, coffee and wine, with anything more detailed than that still yet to be revealed. One thing we do know for sure though is that it’s going to be a damn fine addition to the Scouse food and drink scene. 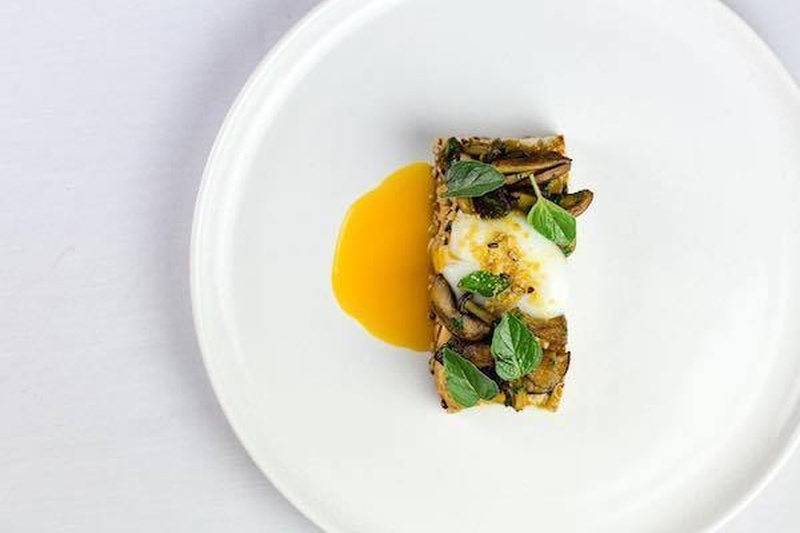 Okay, so, we sneaked this one in because it’s technically not in Liverpool but situated just over the water, in the Hoylake Beacon Arts Village complex, on the Wirral, Beldi is our soon-to-be neighbour. From the brains behind the newly opened Abditory bar on Queen Avenue and highly-anticipated wine bar and tasca, BoBo, the Middle Eastern restaurant is set to bring yet more contemporary sophistication to the North West food and drink scene. Stealing its name from the Moroccan word meaning ‘traditional and homemade’, the Beldi brunch, lunch and late night dining offering will be fresh, creatively curated and steeped in edible Mediterranean and North African influence. Think smoked garlic yoghurt, sumac, Lebanese cured salmon, chickpea batter ed chicken and avant-garde cocktails in the glass-roofed courtyard, surrounded by hanging wisteria, twinkling lights and the faint lapping of the Wirral coastline in the distance. Beldi is the first of three restaurants due to open within the burgeoning complex so watch this space for more enticing updates. 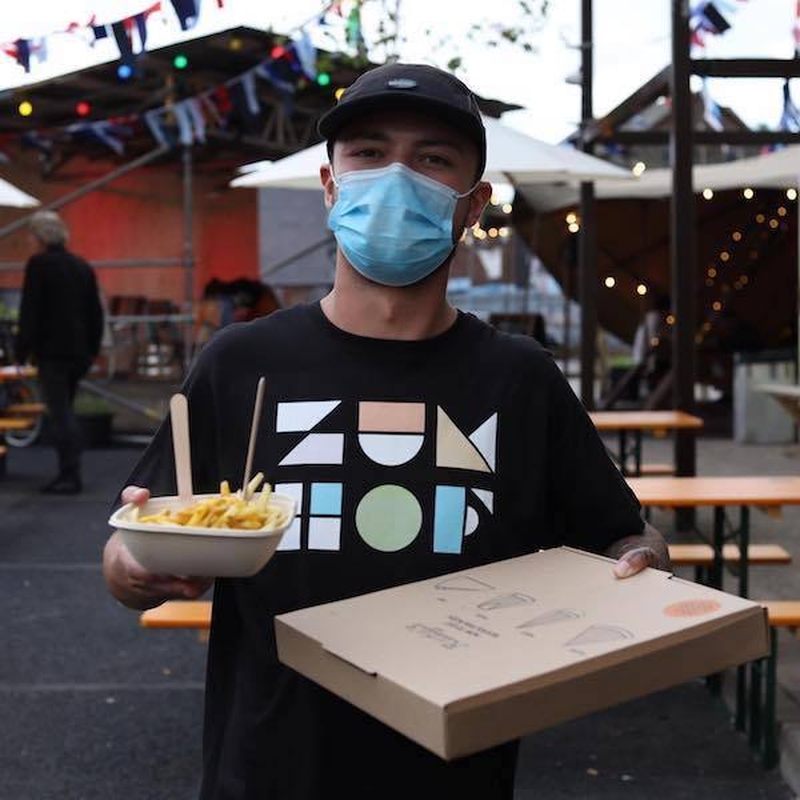 Food, drink and hospitality group Mission Mars brought us Alberts Schenke for which we are eternally grateful and now, they’re set to introduce Zumhof Biergarten to the Liverpool cityscape too. Recently opened with its first venue in Birmingham’s Digbeth, Zumhof Biergarten will manifest as a dine-in food market and drinking spot which offers a 'new take' on the booming indoor food market sector. It will house four artisan food spaces, two bars serving Bavarian and local beers, and a coffee hub; three of the kitchens will be offered up for occupation by local independent food vendors. Plans have been submitted to Liverpool City Council with an initial investment of £300,000 from Mission Mars to transform the sizeable space on Bold Street which formerly housed the LIV Organic & Natural Food Market. If the Birmingham edition is anything to go by expect 'brats, biers and musik', alongside a calendar of eclectic events, from live music to queer cabaret.

In amongst the buzz around the new kids on the block, we do also have to bid a fond farewell to some much-loved hangouts that will be sorely missed by many. To them we say thank you for the great food, the awesome memories, the Instagram content and the extra inches on our waistlines. We’re sure you’ll join us, with a heavy heart, in raising a (virtual) glass to their legacies.

The Liverpool restaurants which have sadly announced permanent closure are: 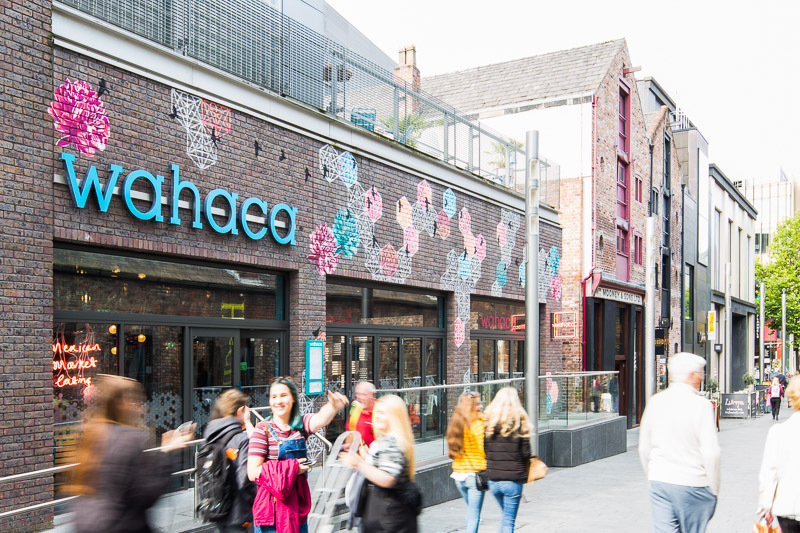 As part of a cull of a third of the Wahaca portfolio, Liverpool ONE is mourning the loss of its once-popular Mexican restaurant and rooftop cocktail bar. The move is being made in a bid to try and preserve jobs wherever possible as owners attempt to battle the consequences of the ongoing pandemic. Many other locations around the country will also be losing their resident Wahaca too so Liverpudlians, you aren’t alone. Tacos we’ll be talking about for many moons to come. If you’re a Liverpool Confidential regular, you’ll know just how zealously we championed Bread & Butter and all the charm it brought to its little nook along Hope Street. With a message on their website homepage which left a lump in our throats, Bread & Butter announced its permanent closure in August following a COVID-induced hiatus earlier this year. Fabulous comfort food a la Français that is gone but never forgotten.

After three years of serving up traditional Hong Kong sweet treats and celebrating a Travellers Choice Award this year, the popular waffle joint has announced that it will be closing the doors on its Royal Albert Dock gaff for good. All hope is not lost here though, Puffle Wafflers, for the owners have teased with suggestion that the venue will be popping up elsewhere in a different location at some point in the future. In the meantime, be safe in the knowledge that we’ll keep you well posted with any news on how you can get your banana & Nutella puffle waffle fix once more.

Read again - Eight new bars and restaurants for Liverpool and beyond