Twisted Wheel To Be Demolished For Hotel

THE TWISTED WHEEL, the home of Northern Soul and a rocking slice of Manchester history, could soon be demolished to make way for a 330-room budget hotel.

The club has gone from strength to strength. We can get 700 people in here on a Sunday afternoon."

London-based developers The Olympian Group has purchased the plot and have agreed a leasing deal with German hotel chain Motel One.

The Twisted Wheel site, which is now Legends club, was at the heart of the city’s soul scene in the 1960s and still hosts Northern Soul nights. But now it looks set to be replaced by yet another hotel, despite plans for similar developments at the nearby London Road Fire Station and Gateway House. 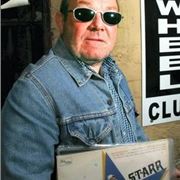 Pete RobertsPromoter Pete Roberts worked hard to bring Northern Soul back to Whitworth Street after The Twisted Wheel was forced to close in 1971. He would hate to see it knocked down.

“No one will shed more tears than me if it closes,” he said. “It will be a very very sad day if it gets knocked down.”

“The real tragedy,” he says, “is that by knocking down the club the city is effectively erasing an important part of its history. What annoys me is Manchester so often has fails to recognise and celebrate what it has got. The things that are already there.”

He compared – as Confidential did last week with the Corrie set (click here) - the situation to Liverpool’s famous Cavern Club, which was considered so culturally important that it was rebuilt after being demolished in 1973. It would be nice, he added, if the Whitworth Street club didn’t have to be knocked down for people to realise its significance.

He said: “So many great names have played here. We were bringing black American artists to the The Twisted Wheel when they weren’t welcome in their own country and we treated them like gods. But no one gives a shit about that.”

When the owners of the club went into administration, Julian Lyons and his partner Jorge, who run Legends, were ready to step in and purchase the property. Their plans were scuppered at the last minute when a bid of £1,050,000 came in from the developers.

Lyons said: “The only way we could get our current lease was with a break clause if the owners wanted to renovate. We were given notice, in accordance with our lease, that we should leave at the end of 2012.” 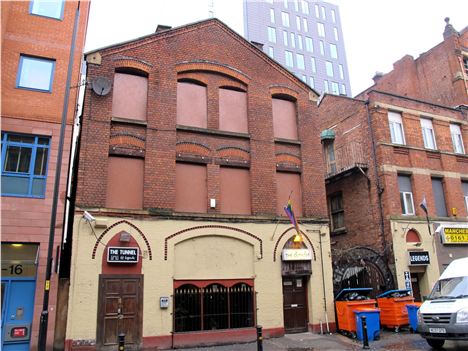 But having put so much into the club over the last few years he is hoping something can be done to prevent it being knocked down, although he was far from optimistic about the situation.

He added: “One concern is that the proliferation of hotels in the area gives the owners of the Fire Station on London Road an excuse to delay work – and we all know how long that has dragged on for.”

When Pete Roberts first went to the club with his idea over a decade ago, he knew it wasn’t going to be easy. Trading under a new name, Legends was a gay club, not a soul club, but he persuaded the club to let him have a Thursday night slot.

Before long The Twisted Wheel had proved such a hit it was bumped up to Fridays. Now it takes place twice a month, on the last Friday and the second Sunday of the month. People come from extraordinary distances to dance the night away – reflecting the cult nature of Northern Soul and its resilience asa popular culture phenomena. Confidential has heard one regular punter flies in from Marbella for the nights.

Roberts said: “The club has gone from strength to strength. We can get 700 people in here on a Sunday afternoon and an average of 250 on a Friday night.”

Stephen Hodder, chairman of the architectural firm that won the contract for the hotel Hodder + Partners, said they had had one meeting so far with city planners and hope to have a planning application submitted by the end of the month. They are hoping to go to committee by 31 May.

Mr Hodder said: “We’re going through the consultation period now - so far so good. The historical significance of the site has been brought to our attention and our client has agreed that somehow in the development there will be a plaque in recognition of The Twisted Wheel.”

That might not be quite what fans of The Twisted Wheel had in mind.

For the time being they will hope they can convince the council to reject planning permission once the application is made.

Mr Roberts said: “I only hope whoever’s bought it doesn’t get their own way with it.”

But whatever happens, Northern Soul will live on. He will make sure of that.

He said: “If the club goes, I’ve got to move elsewhere. I don’t want the name to die. We can never ever replicate The Twisted Wheel but we can’t just stop.

“If we do move I’m going to look for the dirtiest, scruffiest basement club I can find. I want the seediest place there is. That’s what this club night is all about.”

A spick and span German motel won’t quite fit the bill. 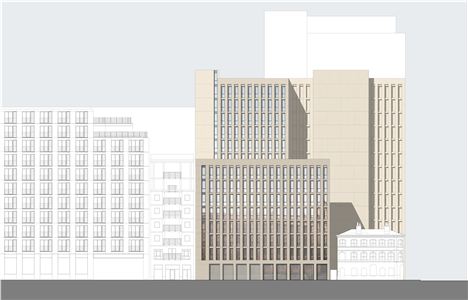 Whitworth Street Proposal For Motel One 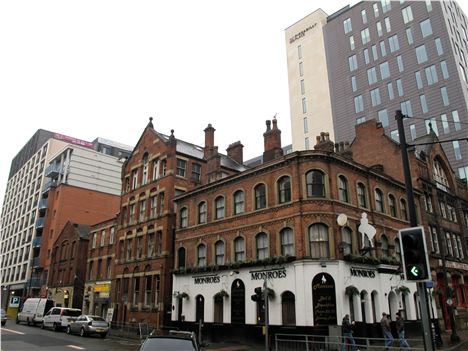 All the buildings except Monroe's on the corner will be demolished

One last question (to be explored in the Manchester context later this week on Confidential): Would Munich the home of Motel One rush to demolish an interesting collection of nineteenth century commercial and industrial buildings in its city centre especially when they contain one with such ground-breaking popular culture credentials? If that question were to be answered in the negative then why should Manchester.

The Twisted Wheel club has a long and colourful history. The club first opened in 1961 on Brazenose Street, before moving to Whitworth Street two years later. The Twisted Wheel would stay put until 1971, when it was closed down by the authorities, with a byelaw stating premises couldn’t stay open longer than two hours after midnight. 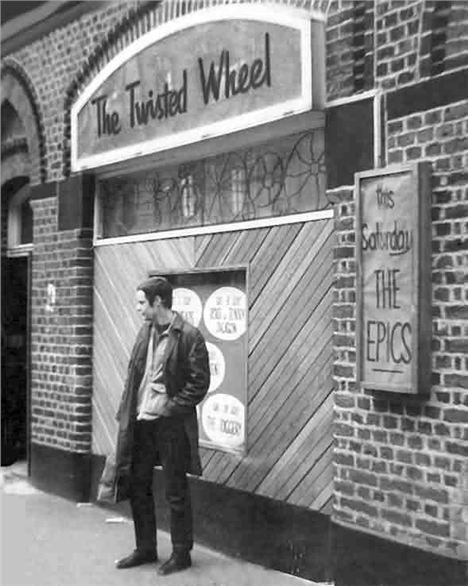 Fans of soul music would travel from all over the country to come to the Twisted Wheel and hear its signature brand of up-tempo rare soul music that became known as ‘Northern Soul’. The name followed a visit by music journalist Dave Godin who noted how the subculture in the North was very different from anything in the capital.

The most renowned nights were the all-nighters every Saturday from 11pm through to Sunday 7.30am. DJs played new records generally not played elsewhere. Each week at 2am Soul artists performed live at the club including American artists Junior Walker, Edwin Starr, Oscar Toney Jr, Marv Johnson, Johnny Johnson and the Bandwagon, and Inez and Charlie Foxx.

In 2000, Pete Roberts finally managed to secure a regular night in the Whitworth Street building and bring Northern Soul back to the Manchester club scene – in the space where it was christened.