COME January, people up and down the country will be scouring the internet, book shops and magazines searching for the magical quick fix, or even a long term solution to undo the damage of the festive season or to achieve their best body ever.

However, with so many diet books and celebrity-endorsed fitness DVDs on the market, it can be an absolute nightmare understanding who is giving good nutrition and diet advice and who, quite frankly, needs a good talking to.

The British Dietetic Association (BDA) has of course heard it all: the good, the bad, the weird and the whacky. Here, in the opinion of the BDA, are the top 5 dodgy celeb diets to avoid in 2013...

A-list celebrities, according to the diet’s author Venice A Fulton 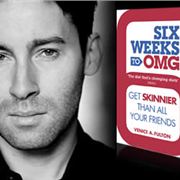 Vince A FultonWhat’s it all about?

To be the envy of all your friends you are told to exercise first thing in the morning after drinking black coffee, then sit in a cold bath to encourage the body to burn stored fat as it tries to keep warm and delay breakfast until 10am (which for most people would mean skipping breakfast).  Fruit should be ditched, snacks are off limits and whilst your plate is loaded with protein, it doesn’t matter if carbs come from broccoli or cola.

OMG indeed.  Six weeks of hell and isolation more like it.  Seriously, who has the time, let alone the energy to follow this diet? Guilty of being selective with research rather than a balanced view many people’s routine could not accommodate this and a healthy breakfast and exercise should be encouraged to fit in. The ‘rules’ and competitive dieting element encourage extreme behaviour. Support from friends and family is an important part of weight loss as is taking a long term approach. And what about the other 46 weeks of the year?

It is widely thought that many top models and other red carpet celebrities are fans of this diet.

What’s it all about?

It’s when people eat very few calories during the day/week and ‘save’ all the calories they have not eaten then use them to binge drink alcohol.

For example, if you favour a VLC diet (very low calorie) to follow the Alcorexia Diet, you could be banking around 1,500 calories a day, which then gives you 10,500 calories to drink during the week.  This amounts to:

- 45 pints of lager (based on a single pint being around 230 kcals).  With a pint of lager being 2 units, this gives you a weekly alcohol intake of 90 units.

- 201 shots of spirits (based on a single shot being around 52 kcals).  With a single shot of spirit being 1 unit, this gives you a weekly alcohol intake of 201 units.

To put this in context, the safe weekly alcohol unit intake is 28 units for men and 21 units for women.

Don’t have a few too many.  Following a VLC diet alone is madness, as you will most certainly not be getting the calories, vitamins and nutrients your body needs to survive and function.  In addition, you will feel weak, tired, have no energy and could become very irritable.  Alcohol has little nutrition other than calories.  To avoid food in order to ‘bank’ your calories so you can go a use them on alcohol is absolutely stupid and could easily result in alcohol poisoning and even death.

Celebrity Fans:  Rihanna and Simon Cowell are reportedly fans of this diet. 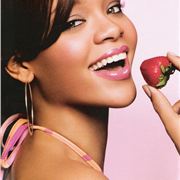 These kinds of IV drips were originally used to treat severely malnourished and clinically ill patients.  However, people who are feeling run down are paying hundreds of pounds to have a bag of solution (usually around 250ml) injected, usually including vitamins B and C, magnesium and calcium.

You must be a bit of a drip to do this. There is very little evidence that this even works in well people.  Even if it did, as food and drink contains packages of nutrients then eating food and drinking water or other healthy drinks is preferable to having an IV drip inserted into your body?  This also carries possible side effects to such as dizziness, infection, inflammation of veins and, ultimately, anaphylactic shock.

Celebrity Fans:  It is widely thought that many top models and other celebrities are fans of this diet.

What’s it all about?

The KEN involves eating absolutely nothing at all.  Instead, for ten days per cycle a liquid formula is dripped directly into the stomach via a plastic tube that goes up the patient’s nose and is taped on to their face.  At the other end of the tube is an electric pump, which works day and night to deliver two litres of the formula over 24 hours.  While on the KEN, dieters can go about their lives as normal but must carry the pump and liquid in a bag or backpack and hang it by their bed at night. They are allowed to unhook themselves from the pump for one hour a day and can drink water, tea, coffee (with no milk, sugar or sweeteners) or sugar-free herb teas with the tube in.

BDA Verdict:  You KEN not be serious.  It is shocking that people are electing to have naso-gastric (NG) tubes inserted in order to lose weight, usually reserved to sick or chronically ill people.  Not only that but one of the side effects is having to take laxatives because this diet provides absolutely no fibre.  Nice touch. 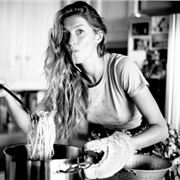 Gisele BundchenWhat’s it all about?

A complicated four-phase diet that starts off with a ‘no carb/protein only’ approach that promotes rapid weight loss.

BDA Verdict:  Dukan not sustain this. There is little solid science behind this. The diet works on restricting foods, calories and portion control. Cutting out food groups is not advisable. This diet is so confusing, time consuming, very rigid and, in our opinion, so very hard to sustain.  Even ex Dr (as of 2012) Dukan himself warns of the associated problems like lack of energy, constipation and bad breath.  That sounds lovely.

Speaking about these and other fad diets, Sian Porter, consultant dietitian and Spokesperson for the BDA, said: “As much as we all would love it to be the case, there is no magic solution to losing weight and keeping it off long term.  There is no wonder diet you can follow without some associated nutritional or health risk and most are offering a short-term fix to a long term problem.  It may be obvious, but if you want to lose weight you need to make healthier choices, eat a nutritionally balanced and varied diet with appropriately sized portions, and be physically active.  In a nutshell the solution for most is to, eat fewer calories, make better choices and move a bit more.

“On a serious note, glamorous images of celebrities saturate our daily media in all forms.  These celebs have an army of people to help them to keep looking good, which is essential to their livelihood and plenty of money to do whatever they think it takes.  You need to remember too, a lot of these images are airbrushed and retouched to give celebrities an unachievable body image that does not exist in real life, yet many aspire to.  Some people look at these images and will try anything they think will help them achieve the ‘perfect’ body.

“If you have some weight you need to lose, then do it in a healthy, enjoyable and sustainable way.  In the long term this will achieve the results you are after.”